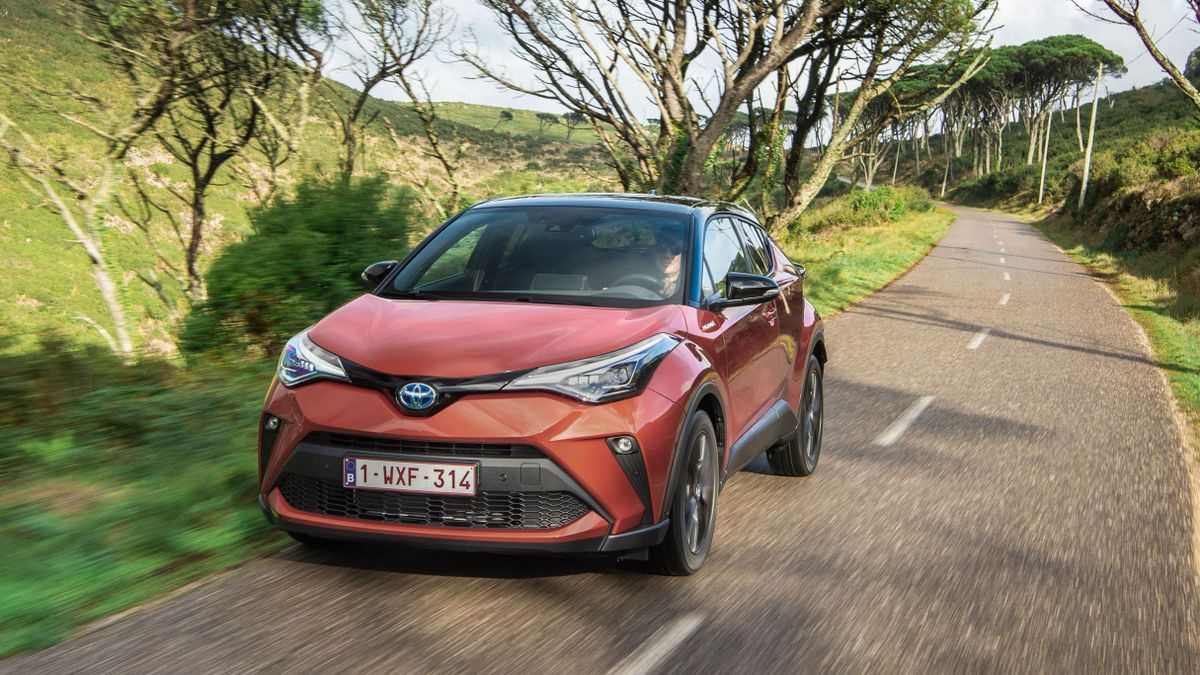 In an overcrowded small SUV market, the revamped and refreshed Toyota C-HR looks the business and is good to drive, reasonably practical and very well equipped. Style-conscious SUV buyers will absolutely lap it up, and its range is now fully hybrid. The pre-facelifted C-HR won the Best Car for City Drivers award in the 2019 Auto Trader New Car Awards.

Running costs for a Toyota C-HR 5/5 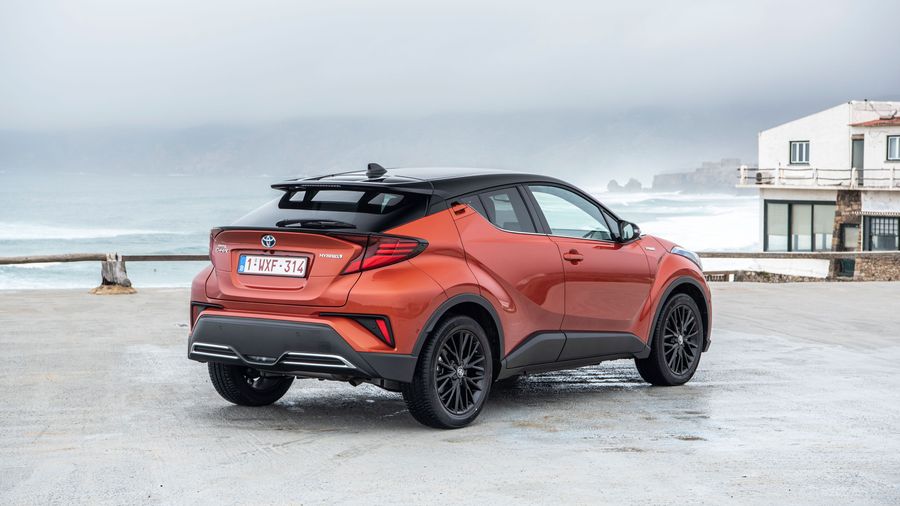 Now that it’s only available in hybrid form, the Toyota C-HR’s purchase price can start to look pretty high against other, non-hybrid competitors like, say, Skoda’s Karoq. But there’s more to the story than that. The Toyota’s low CO2 emissions will keep company car tax down, and its strong fuel economy will also save money over the several years most drivers are likely to run the car. In addition, the resale values for the C-HR are immensely strong, and service, maintenance and repair costs are very reasonable, too. For this size of vehicle, it’s actually pretty difficult to find many similarly-specced rivals that will be more cost-effective over the long-term.

Reliability of a Toyota C-HR 4/5 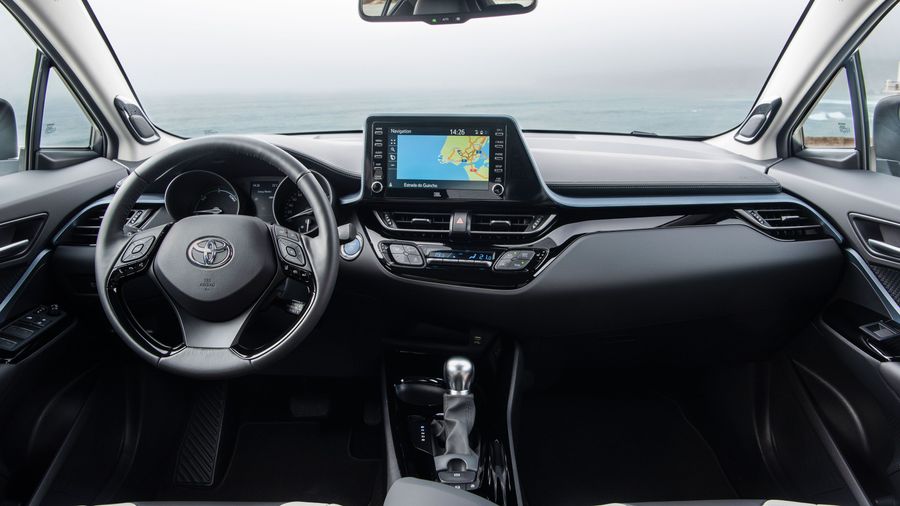 Toyota has long had an excellent record for reliability, although that has taken a small hit in the 2019 JD Power Vehicle Dependability Study, which dropped the company's overall score down to below the industry average. Hopefully it’s just a blip, as other studies have shown excellent reliability. Should anything go wrong with your C-HR, Toyota offers an impressive five-year, 100,000-mile warranty. 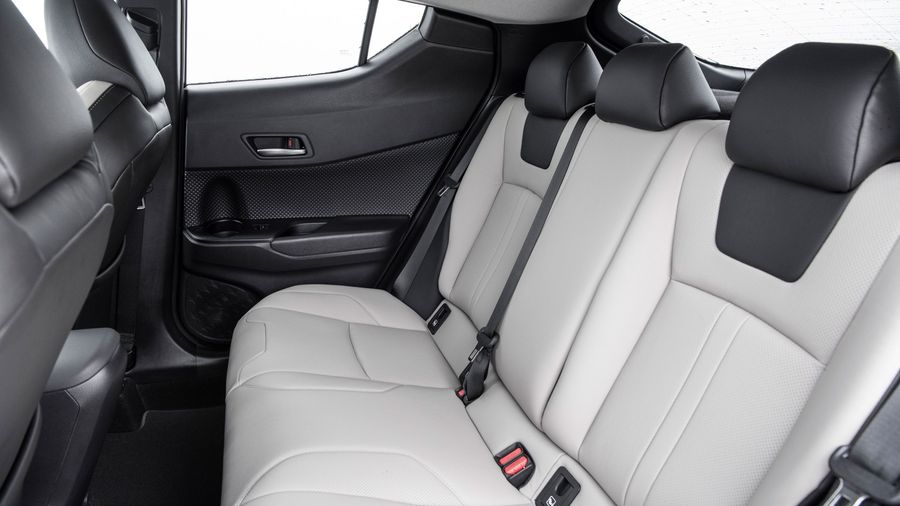 All models of Toyota C-HR come with Toyota’s 'Safety Sense' suite of driver assistance systems, which includes automatic emergency braking and lane departure warning, as well as adaptive cruise control and road sign assist (which displays road sign information on the dashboard). All cars also get front, side and curtain airbags, and a driver’s knee airbag, too. There are two Isofix child seat mounting points on the outer rear seats. A blind spot monitoring system and rear cross traffic alert (which warns you of oncoming traffic when reversing out of parking space) are not available on the Design model, and are only optional on the Icon.

How comfortable is the Toyota C-HR 4/5 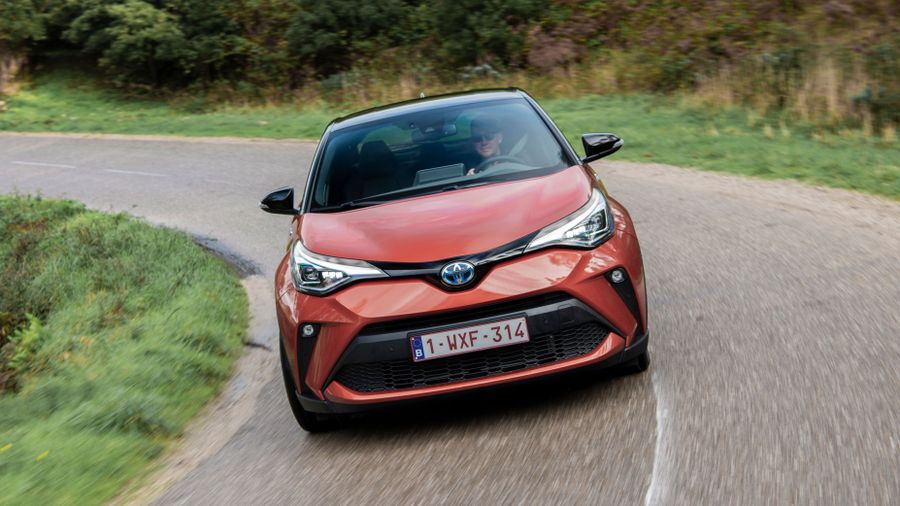 The interior of this facelifted Toyota C-HR is hardly changed from the previous model, launched in 2016. A few bits of plastic have been upgraded, and although a couple of plastics on the door switch surrounds feel a bit cheap and flimsy, the overall effect is still of a very solidly built car.

The design remains as striking and modern as ever, with a dominant touchscreen in the centre of the dash to operate the infotainment system. This is upgraded from earlier models, and while we still find it rather confusing to navigate, and slow to respond, the big change is the addition of Android Auto and Apple CarPlay as standard on all models. This means you can bypass Toyota’s system entirely and run entertainment, sat-nav etc off your smartphone.

The seats are comfortable, although we wish they adjusted lower, and that the steering column had more adjustment in and out. Visibility is a bit limited, too: that striking exterior design means that the big rear pillars get in your way when trying to look out of the back of the car. They also make the back seats quite dark and restrict visibility for kids. Space is reasonable, though, with enough room for two tall adults to sit in comfort, and three should fit in at a squeeze. The boot, at 377 litres, is small compared to rivals like the Skoda Karoq, Nissan Qashqai or Peugeot 3008, and there’s a big lip to haul luggage over. While the rear seats fold down there’s a big step in the floor, rather than a flat surface.

On the move, the Toyota C-HR impresses. A fine balance has been struck between comfort and handling, meaning that road surface imperfections are ironed out nicely, but the car still feels solid and capable through the corners. The steering has been tweaked on the new 2.0-litre model, and it maintains a crisp feel that gives at least an air of zing to the driving experience.

Features of the Toyota C-HR 5/5 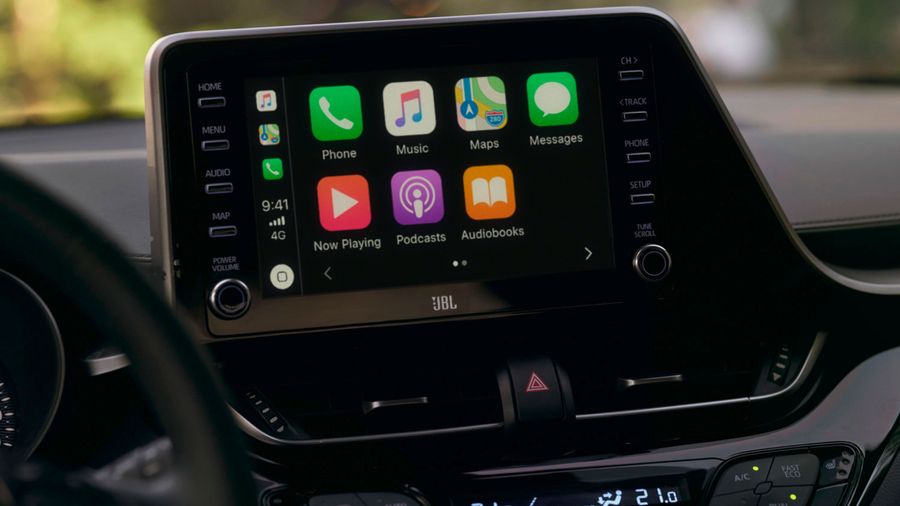 The Toyota C-HR is available in four trim levels, all of which are well-specced as standard. The entry-level Icon car has the same infotainment system as the rest of the range, although without access to the various connected services. More on those in a moment. Dual-zone air-conditioning, 17-inch alloy wheels and LED daytime running lights are all included.

Upgrade to the Design model and you’ll get 18-inch wheels on the outside, front and rear parking sensors, keyless entry and start, heated seats and connected services on the infotainment system. This includes remote access to various car systems through an app, meaning you can check fuel levels, lock or unlock the car and more. You can also access a hybrid coaching facility. This uses information saved by the car on the way you drive – steering inputs, throttle use and so on - and can offer tips on how to better improve your driving style to be more efficient and lower your fuel bills.

The Excel and Dynamic models sit alongside each other at the top of the range. The Excel focuses more on equipment, and includes leather upholstery, LED fog lights and upgraded LED headlights. It also includes the Tech Pack, which is an option on the Icon. This includes some safety systems, automatic wipers and door mirrors that feature puddle lights.

The Dynamic model focuses more on looks, and comes with metallic paint and a bi-tone paint finish with a black roof. 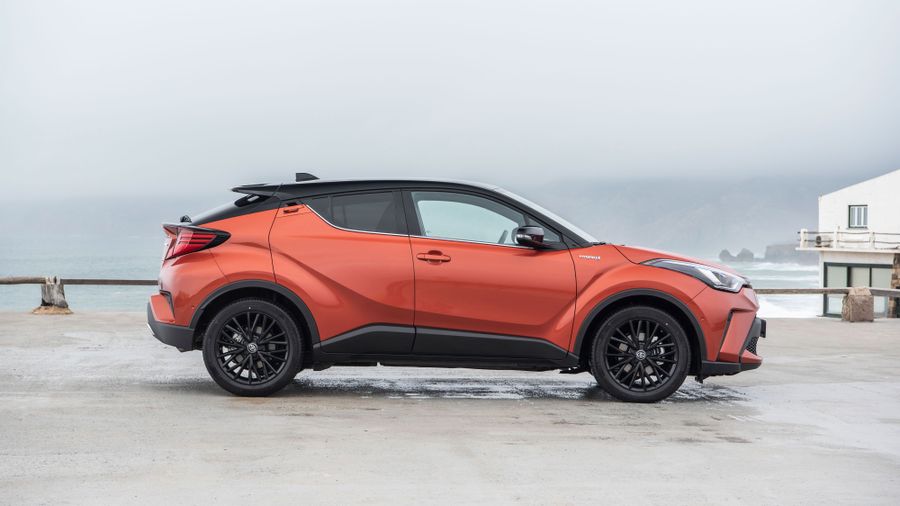 The revised Toyota C-HR now has an all-hybrid engine line-up, with the 1.2-litre petrol seen in the original car now discontinued, and no diesel option. This means you can choose between the 1.8-litre petrol-electric hybrid that the C-HR has had since its release, or a new, more powerful 2.0-litre hybrid. We’ve not driven the 1.8 since the revision, but as it’s mechanically unchanged we know it’s probably not the most attractive option. Life can be a little noisy as the CVT (continuously variable transmission, which is similar in operation to an automatic gearbox) sends the engine revs shooting all over the place, even when you’re driving the car relatively gently. Plod along at a constant 70mph on the motorway, for instance, and the drone you hear from under the bonnet will vary in its volume and pitch every few seconds. What’s more, the performance always feels laboured.

The new 2.0-litre hybrid is much more impressive. With 184 horsepower it’s considerably perkier, with much better acceleration. The CVT doesn’t give quite the same impression of speed as a normal automatic or a manual gearbox, as it sends the revs high and holds them when you put your foot down, rather than gradually building, but there’s no arguing with the speedometer.

Both versions are regular hybrids, which means you can’t plug them into an electricity supply to recharge. But they do an impressive job of recharging the battery through energy reclaimed from braking and cruising, and deploying the electricity to take the strain off the petrol engine whenever possible. An EV button lets you switch to electric-only mode if you have enough charge.

While the old 1.2 engine was available with all-wheel drive, its discontinuation means the C-HR is now front-wheel drive only, which might be a factor if you need extra traction. 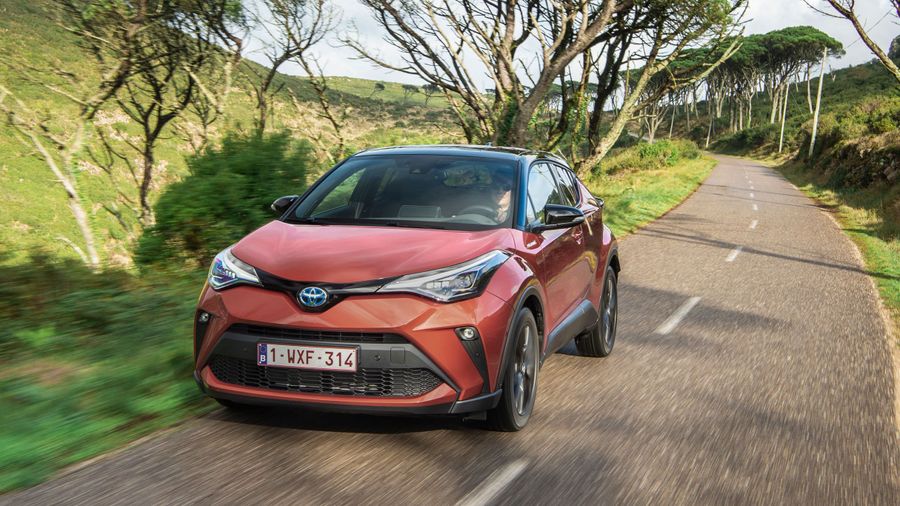