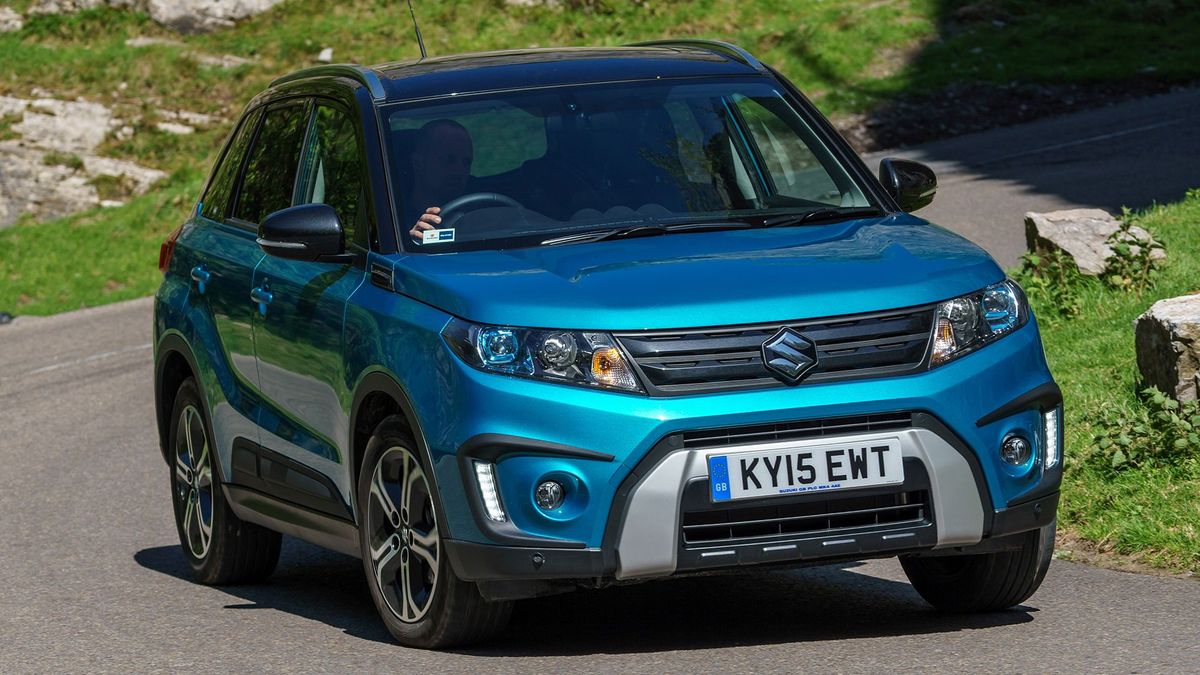 The Suzuki Vitara competes in a crowded sector of the market, but doesn’t really stand out against its small SUV rivals. Yes, it looks good and comes with bags of standard kit, but it’s pretty average to drive and it struggles on interior quality and ergonomics. Worth considering in its cheaper forms, but we reckon rivals like the Renault Captur will suit most people better.

Pick of the range
1.6 SZ4
Perky engine, lots of kit, and cheap is best when it comes to Vitara ownership
Most economical
1.6 DDiS SZ-T
Front-wheel drive diesel is capable of more than 70mpg according to official figures
Best avoided
1.6 SZ5 Allgrip
Adding four-wheel drive to the petrol engine makes this version pricey to buy and run 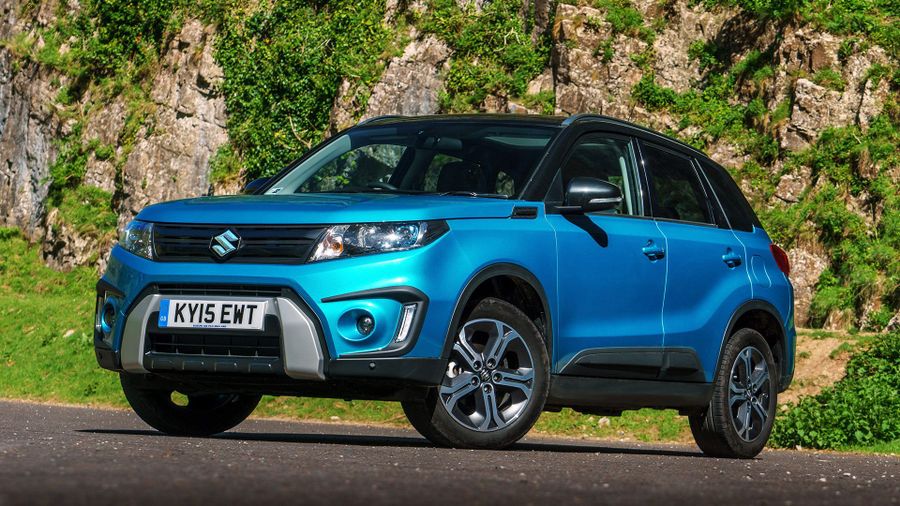 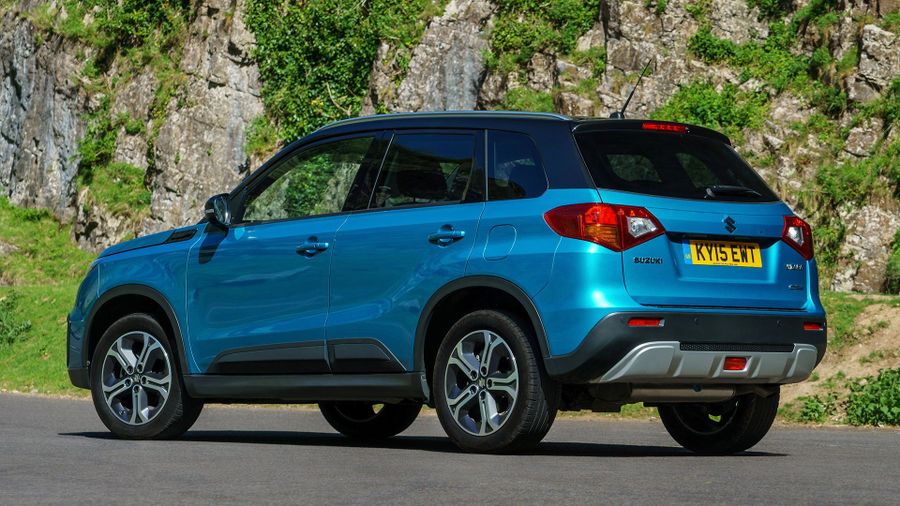 The Suzuki Vitara has gone from being a rugged, no-nonsense off-roader to being more of a ‘lifestyle’ SUV, with the focus on trendiness rather than toughness. Look at it from the front, and there’s more than a whiff of Range Rover Evoque about it, and lines remain sharp and crisp throughout the design. All models come with alloy wheels, roof rails and skid plates as standard, and there’s a range of customisation choices available. These include two option packs (available on the upper two trim levels) to make your car look more or less rugged depending on your taste, and a large palette of paint colours, with the option of a contrasting colour for the roof.

It’s not just the outside of the Vitara that’s ripe for customisation – you can also choose from a range of correspondingly coloured interior panels to match – or clash with – the paintwork. However, while they inject a bit of character, they don’t make the cabin feel any classier. Most of the materials on show have a hard, shiny finish, making them feel rather low-rent. You might have one or two issues with the driving position, too. There’s a decent range of adjustment for the seat and steering wheel, but some drivers will wish that the seat went lower. That said, all-round visibility is clear, and most of the controls are simple to find and use. The exception is the touch-screen infotainment system that comes as standard on two of the three trims. Finding the function you want is too tricky due to the way the menus are presented and arranged, and the screen isn’t anywhere near sensitive enough. 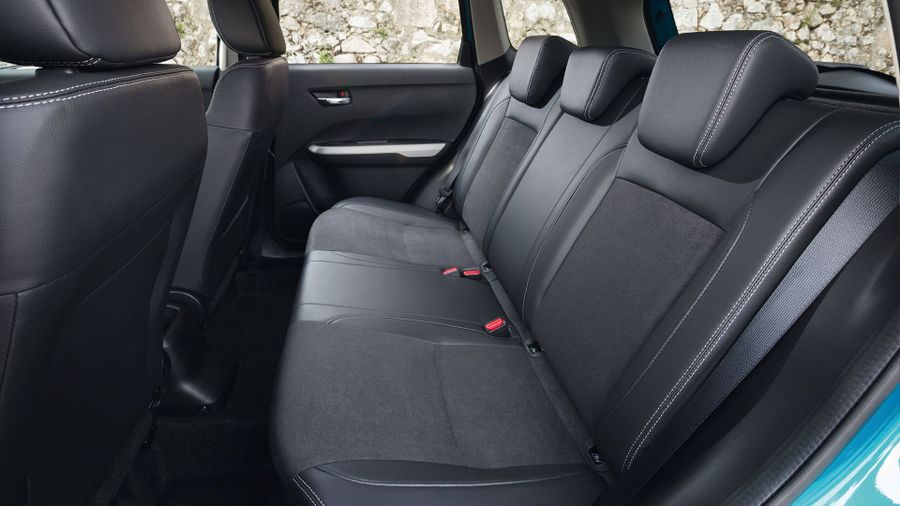 The Vitara does a decent job in this area, but it’s nowhere near as roomy or as versatile as rivals like the Renault Captur. There’s enough head- and legroom to house four tall adults comfortably, but the narrowness of the middle seat, and the cabin as a whole, means that a fifth should only come on board in emergencies. The boot is a competitive size by class standards (but not as big as the Renault’s) and there’s a false floor that gives you a hidden storage compartment and helps level out the steps at either end of the load area when you drop the rear seats. However, the backrests lie at an angle, so the extended cargo bay isn’t completely flat.

The vast majority of Vitaras are front-wheel drive, and it’s only when you go for the range-topping SZ5 model that you can add four-wheel drive as an option. The 4x4 system has four modes that juggle the drive to prioritise economy, handling or ultimate traction, depending on your needs. It coped fine with the (admittedly not very challenging) off-road course we subjected it to, but more importantly, it works pretty well on the road. There’s lots of grip in bends, and the body doesn’t lollop around too wildly, either, so it feels secure and predictable when you’re changing direction - traits that are also obvious in the two-wheel drive version. The steering is a little slow to turn and feels very light at the straight-ahead position, which puts a dent in the amount of fun you’ll have, but at least it’s quick to respond once you start to turn the wheel and consistently weighted. Likewise, although the suspension suppresses the effects of bumps and potholes well enough at urban speeds, rivals like the Captur keep you more comfortable. The same is true at motorway speeds, where things can feel both floaty and unsettled in the Vitara.

Two engines are available for the Vitara, both 1.6s with 118bhp, but one runs on petrol and the other on diesel. They’re very different in character. The petrol needs lots of revs to do its best work, and feels nice and perky when you oblige, but it also means that your progress is a little raucous. The diesel is a more flexible companion thanks to its far stronger low-down pull, and with superior refinement as well, it builds and maintains speed in a far more relaxed way. Whichever engine you choose, though, motorway refinement could be better, because you’ll hear a fair amount of road roar and wind noise whistling around the door mirrors. 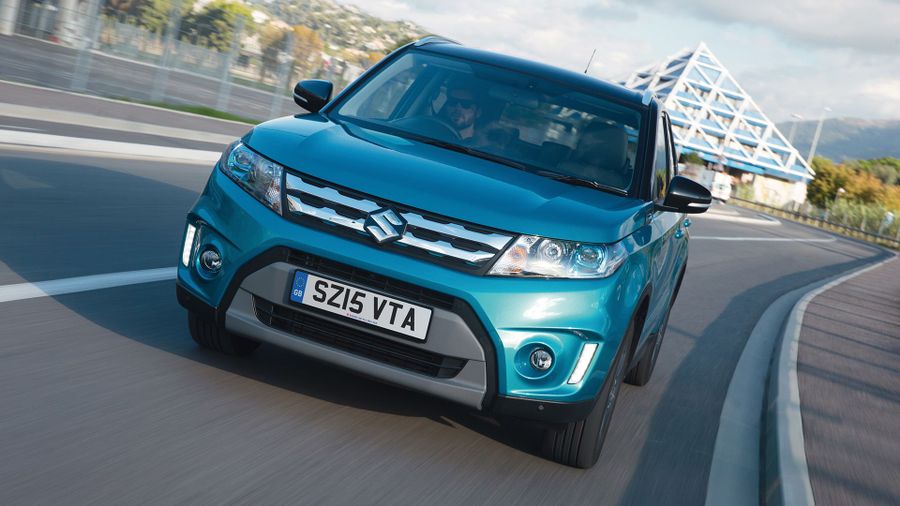 View gallery
“ It’s tough to say how the Vitara will fare on resale values, but traditionally, Suzuki hasn’t exactly set the world alight on this score ”

The Vitara is priced competitively compared with its main rivals, but perhaps surprisingly given Suzuki’s appeal as a low-cost, high-value brand, it’s no cheaper to buy. It’s tough to say at this point how the Vitara will fare when it comes to resale values, but traditionally, Suzuki hasn’t exactly set the world alight on this score. That said, you do get an impressive amount of standard equipment for your money, and some versions look pretty competitive for running costs. The diesel-powered 4x4 model, for example, is very clean for a car with four-wheel drive, with emissions of just 111g/km and official fuel economy of more than 67mpg. However, while the front-wheel drive diesel is even cleaner, it’s not as clean as the equivalent Captur, which ducks under the all-important 100g/km mark for CO2 emissions.

According to Warranty Direct’s Reliability Index, Suzuki’s reliability should be the envy of the motor industry; the brand consistently ranks very near the top of the manufacturer standings. The latest Vitara is too new for any relevant reliability data to be available, but it uses engines and parts that have been proven in other Suzuki models like the SX4 and Swift. That should indicate that there’s a decent chance you’ll have trouble-free motoring.

The Vitara scored a maximum five-star rating from Euro NCAP when it was tested in 2015. All versions come with seven airbags and stability control, while range-topping SZ5 models also get one or two other safety measures. This includes radar cruise control that keeps you rolling at a safe distance from the car in front, and the system also incorporates a collision mitigation function that’ll apply the brakes automatically at low speeds if the car senses an impending impact. 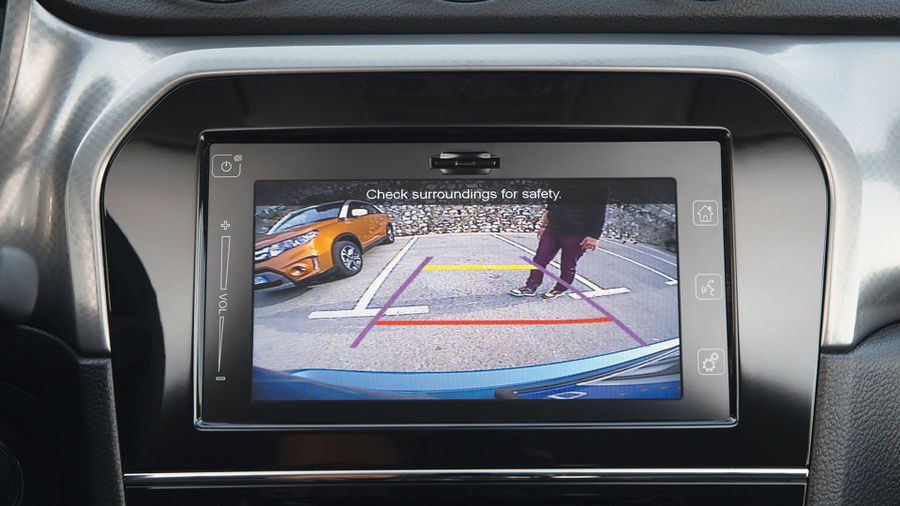 Not many rivals come with more standard equipment than the Vitara. Even entry-level SZ4 cars come with niceties like alloys, climate control, DAB radio, Bluetooth, four powered windows and cruise control, while SZ-T models add desirable items like sat-nav, rear parking camera and rear privacy glass. The SZ5 adds part-leather upholstery, LED headlamps, automatic lights and wipers, keyless entry, a panoramic sunroof and radar cruise control to the roster, plus the option of upgrading your Vitara to being four-wheel drive.

The Vitara has style and a generous kit list on its side, and while it’s rather flawed in a number of other areas, the cheaper versions look like decent value. That said, even these versions look no cheaper than the equivalent versions of the Vitara’s major rivals from Renault and Peugeot, each of which brings some fairly compelling attributes to the table. If you aren’t absolutely sold on the Suzuki’s looks, we’d advise trying all three before you buy. 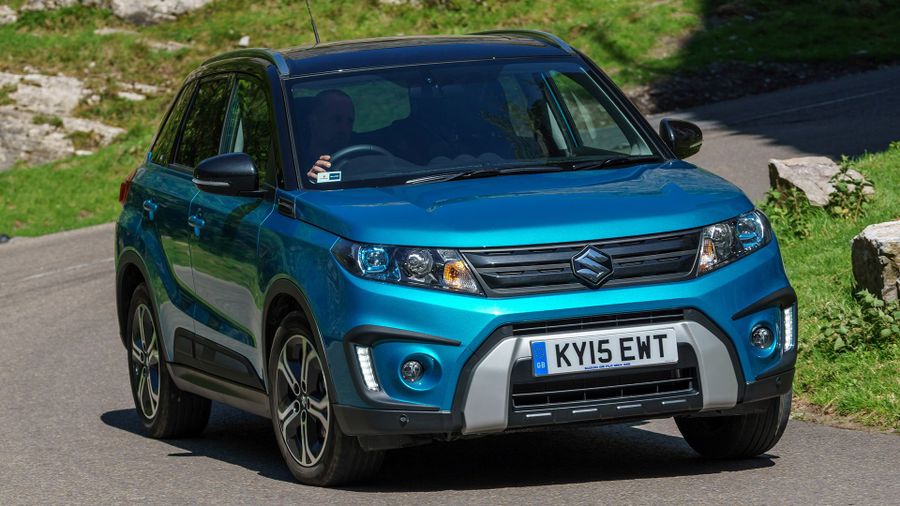