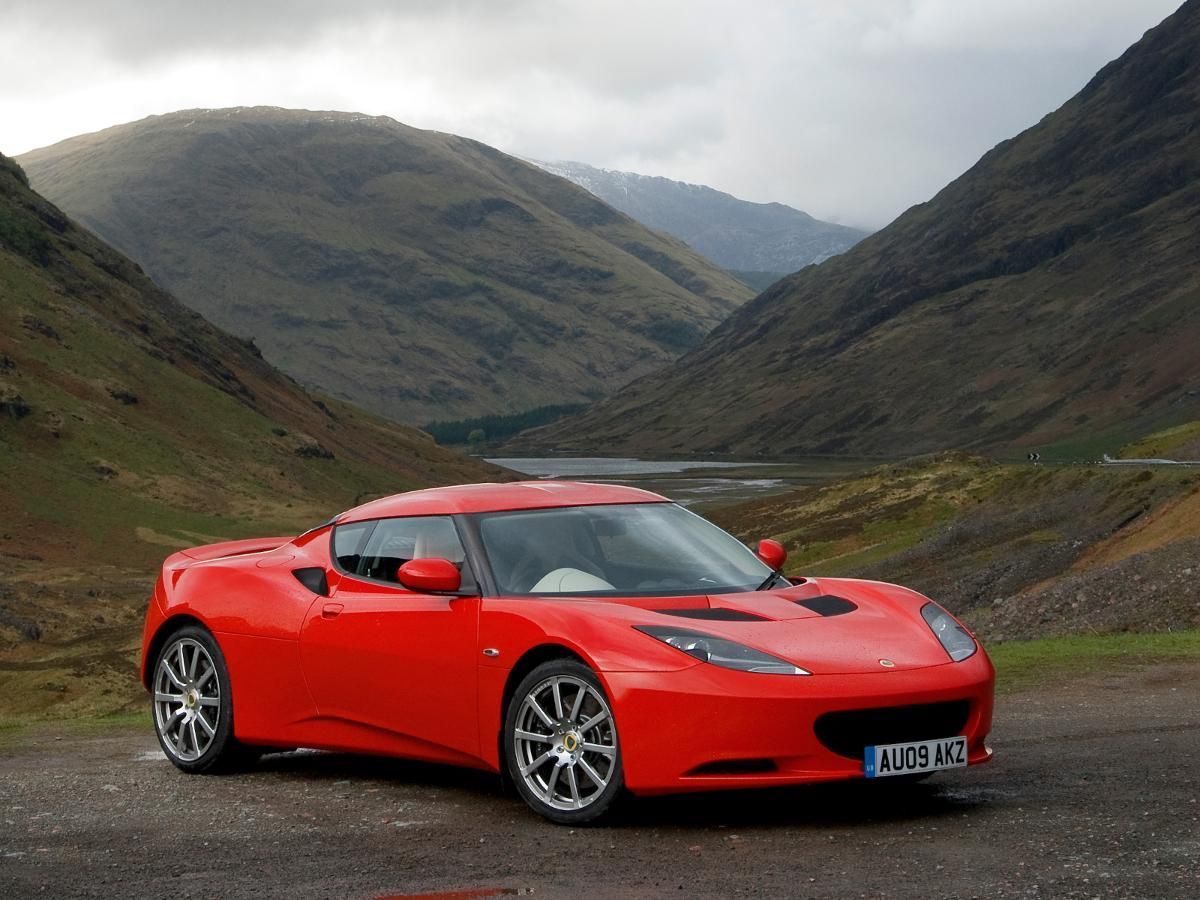 The Lotus Evora may be the most refined and upmarket model from Hethel, but it remains rapid with a typically tender attention to balancing steering, ride and handling performance.

Best on a budget
Evora
The least expensive Evora is far from cheap, but it is good value
Best seller
Evora 2+2
Lotus says most buyers go for the added practicality of the 2+2 version
Blow the budget
Evora S 2+2 IPS
Seriously quick, with this example being the easiest to live with

The Lotus Evora is good-looking and neatly proportioned, but it’s somehow a little undramatic. There are some nice details, like the Ferrari-style circular rear lights, but the styling doesn’t match the drama the driver experiences behind the wheel. The Evora S, introduced in 2010, spices things up with an aggressive rear diffuser and 20-inch forged alloys wrapped in bespoke Pirelli P-Zero Corsa tyres, but spec lurid paintwork if you really want to stop traffic.

While the Elise and Exige both require the owner to be a fully fledged member of the Bikram Yoga community (seriously, not only are these cars a pain to get into, the cabins get VERY warm), the Evora is as accessible as anything else in its class. It also features air conditioning that works and very supportive race seats. Unfortunately, ergonomically and technically speaking, the cabin falls some way short of its rival from Stuttgart. The hand made buttons that control all the main functions from the lights to opening the boot, for example, are not only unidentifiable, they are completely hidden from the driver’s view. Further, there are no cupholders, no memory seats and the multimedia interface that controls the sat nav and radio appears to have been lifted straight out of Halfords.

Behind the front seats is the optional +2 element. Lotus says adults can be carried on short journeys, although there’s little legroom and even less headroom. In reality, the space is barely acceptable for small children, though standard ISOFIX mountings make it easy to install a child car seat. Lotus says more than 90 per cent of buyers specify the 2+2 version. The luggage area behind the engine bay will swallow a modest 160 litres, but it has been shaped to carry a set of golf clubs.

What strikes you first is the ride quality. Lotus engineers say the Evora was benchmarked against Jaguars for smoothness and it shows. Then comes the steering: sharp, direct and responsive, allowing the driver to feel the road in a way no other power-assisted car can. You’ll need to go a very long way before you find a car that handles better, regardless of price point. The chassis is taut and wonderfully balanced, too. For the Evora S, Lotus has managed to make that connection between driver, car and road even more immediate. Brakes and spring rates remain unchanged from the standard car, but there’s noticeably less compression or diving under braking, as well as more lateral stiffness, helped by using a thicker anti-roll bar and those bespoke tyres. Out on the track, you really find yourself thinking less with this car and feeling more.

Power figures only tell you so much. It’s all about power-to-weight and the relationship between engine and chassis, which the Evora has licked. The 3.5-litre Toyota V6 has been extensively worked over, featuring engine software bespoke to Lotus and producing 276bhp. That’s not much by today’s standards but a kerbweight of 1,382kgs means other cars need more power to deliver the Evora’s blistering performance. It’ll reach 60mph in 4.9 seconds, and 62mph (100km/h) in another 0.2 seconds, before hitting an official top speed of 162mph, although Lotus insiders claim 170mph could be possible. Most models are specified with the automatic gearbox known as IPS (Intelligent Precise Shift) which comes complete with paddle shifters, although the 0-62mph time slows to 5.9 seconds.  The Evora S adds a Harrop supercharger into the mix, forcing more air into the engine. More oxygen means more fuel burned which boosts the car’s total output to 345bhp. Although the 0-62mph times reduces to 4.6 seconds (manual), it’s the in-gear acceleration that is more noticeable, as well as the vicious, mechanical growl.

Plenty of cars can deliver that sort of pace, but emissions as low as 21og/km of CO2 (Evora IPS) is very competitive. Drive your Evora with a light right foot and Lotus expects an average of 30.3mpg, 28.7mpg for teh Evora S.  The IPS automatic gearbox is even better, offering 31.4mpg and 29.3mpg, respectively. Unfortunately, despite the small production numbers, uncertainty around the company’s long term future is having an impact on residual values, making it increasingly difficult to forecast.

Lotus only builds around 4,000 cars each year, so it’s hard to comment on overall reliability, but remember the Evora’s engine comes from Toyota. That gives us every confidence the Evora will have little engine trouble. Production standards and aftercare are both of a very quality.

You get stability control, twin front airbags and ISOFIX mounting points for child seats (in the 2+2). However, there are no side or curtain airbags. Lotus claims the extremely stiff chassis will hold up well in an accident – reporting it crashed the same car’s underpinnings several times during testing, without it buckling.

The Evora is a much more rounded car than the raw and basic Elise and Exige. Air-con, Recaro sports seats, electric windows and a CD player are standard, even though some of these bits feel a bit aftermarket. Optional packs add luxury touches like sat-nav and leather upholstery.

The Evora is a stunning car, both aesthetically and technically. For the money, the Evora S is one of the best drivers’ cars we’ve tested, but it’s the Porsche 911 that offers a more rounded ownership proposition. You’d need to be very committed to choose the Evora S over a 911, but we’d completely understand if you did. 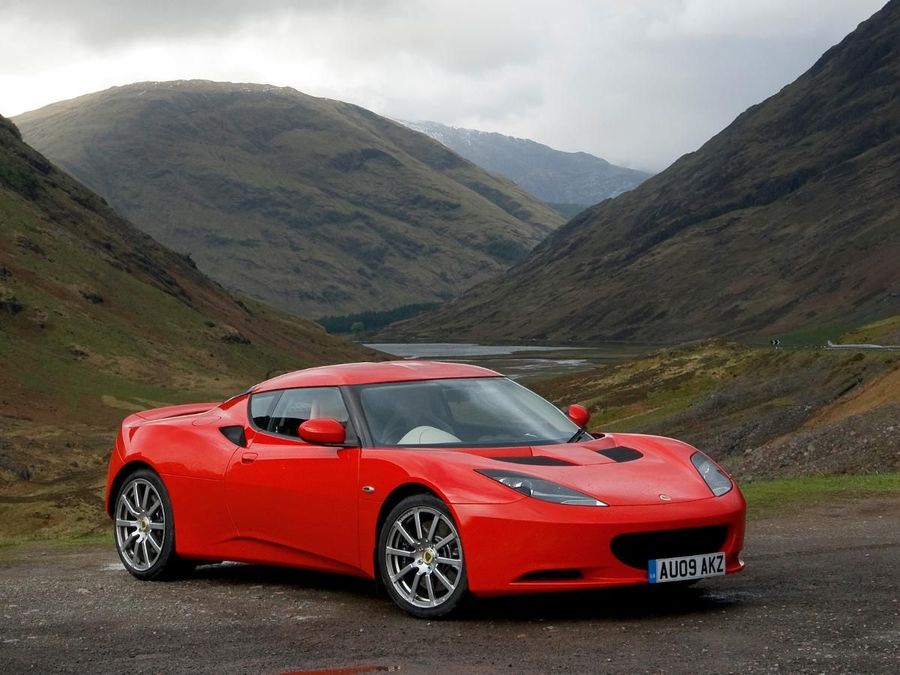