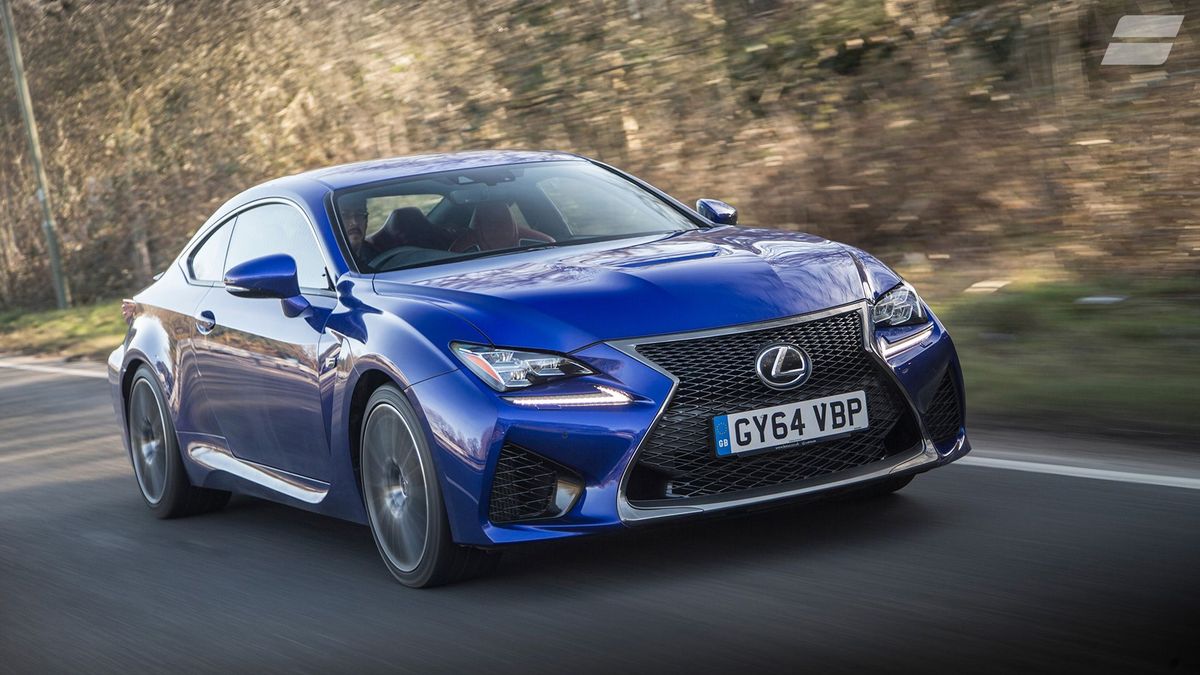 The Lexus RC F is an undeniably interesting car. It looks like nothing else on the road, it goes like stink and it sounds absolutely amazing. Granted, it’s not as dynamically polished as its main rival from BMW, it’s expensive to buy and run, and there are some fairly fundamental ergonomic issues inside the cabin. However, it’s a likeable and enjoyable car nonetheless, and we wouldn’t blame you if you fell in love with the looks alone. 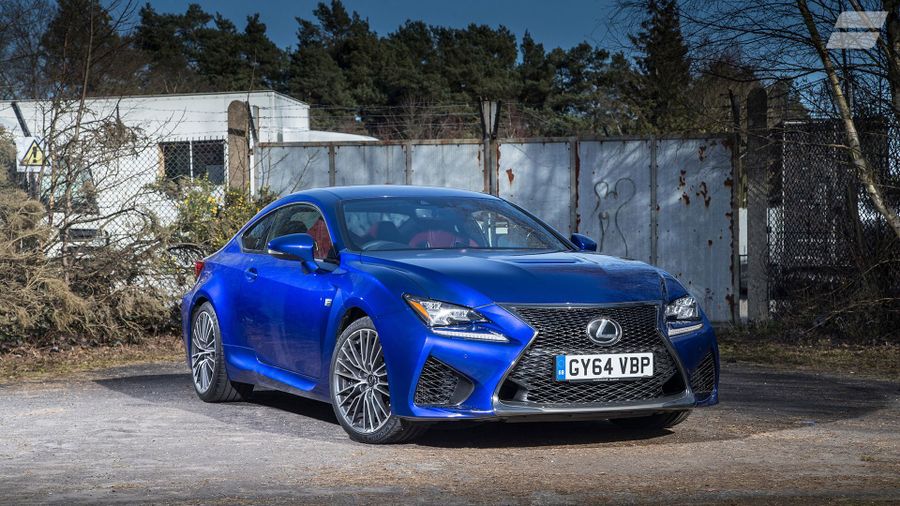 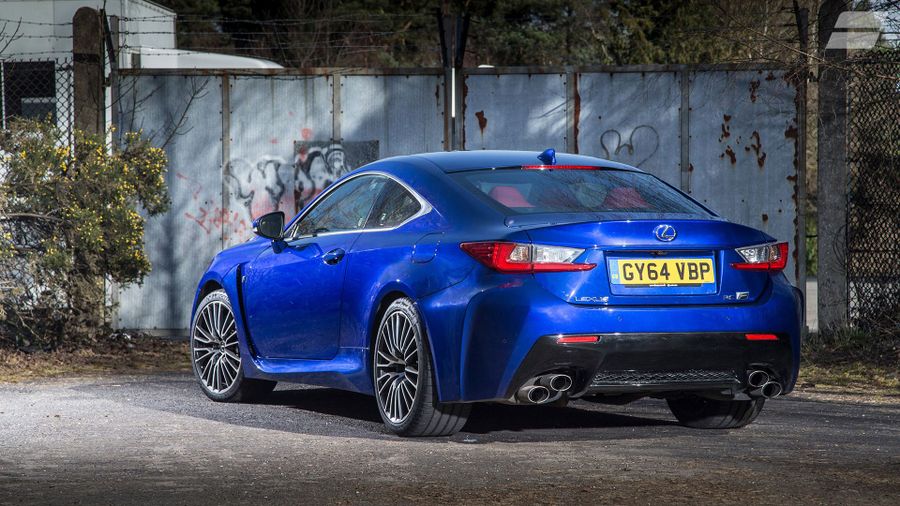 One quick glance at the RC F, and you’ll instantly know what this car is all about. There aren’t many cars on the market with this level of visual aggression, and it looks like nothing else on the road. Most of the front end looks to be made up of one gaping, mesh-filled air intake, there’s another in the bulging bonnet, and one more behind each of the front wheelarches. Behind the jaggedly shaped and deep-set all-LED front light units, the low, slinky roofline and wide skirts emphasise the RC F’s muscle-car intentions, as do the massive 19-inch alloy wheels, retractable rear spoiler and quad exhausts. It’s a shouty, in-your-face design, and becomes even more so when you add the Carbon Pack, which gives you a carbon-fibre roof, bonnet and rear spoiler.

The RC F’s interior is just as individual as the outside, with different finishes and textures coming at you from all angles, and some truly unique design. For instance, while you adjust the cabin temperature with a rotary dial or button in most cars, you adjust the RC F’s by sliding your finger along a touch-sensitive plastic strip. The heavily bolstered seats are very supportive indeed, and because they - and the steering column - have electric adjustment as standard, it’s very easy to find your favoured driving position. What’s more, the digital instrument panel looks rather nifty, and the information displayed changes according to which driving mode you’re in. From there, however, things take a turn for the worse. The infotainment system is rather slow to react, and whether you control it through its touchscreen functionality or via the mousepad-like controller between the front seats, it’s not intuitive enough to operate. The slinky roofline means your rear visibility isn’t much cop, either, and for all the interior’s individuality, the quality of the materials isn’t as high as you’ll find in rivals like the BMW M4, so it doesn’t feel as plush. 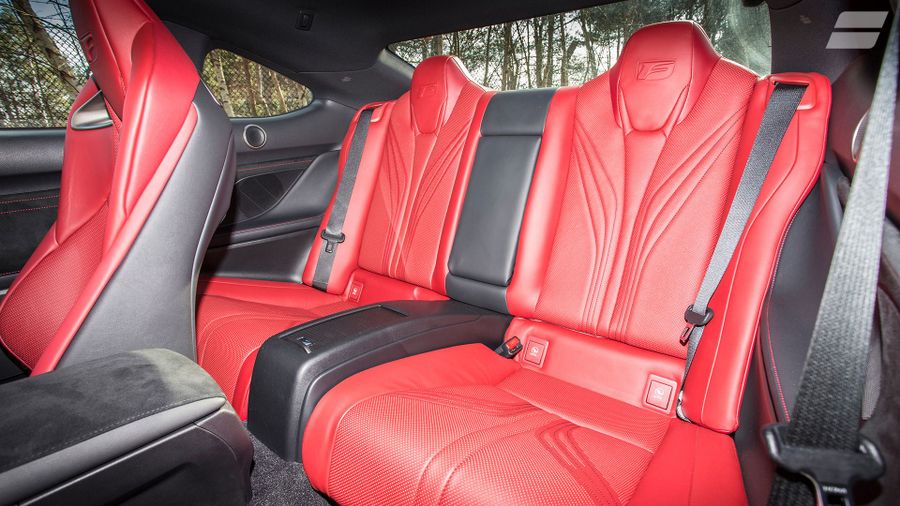 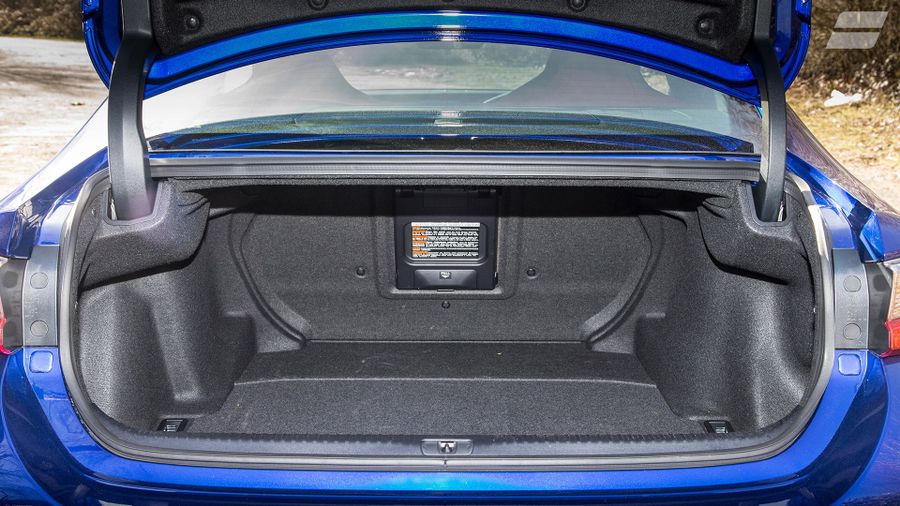 Two-door performance coupes like the RC F are never going to be chosen specifically for their practicality, but they should have enough space to cope with four people and some luggage occasionally. The Lexus, does, but only just. Adult passengers will fit into the back seats, but they won’t be particularly comfortable – especially for long periods – due to the limited headroom and legroom. The boot is a reasonable size at 366 litres, but rivals like the BMW M4 give you more space. What’s more, the Lexus doesn’t come with a split-folding rear seat that lets you carry bigger loads, either.

The RC F has the classic layout for a muscle car; massive engine at the front, driven wheels at the back. The car we tested was also fitted with a torque-vectoring differential that’s optional on the regular RC F and standard on the Carbon version. There’s certainly no shortage of traction unless the road is really greasy, and with huge grip and strong body control, the big Lexus feels very assured in a briskly-taken corner. However, it can’t match a BMW M4 for outright driver involvement. It’s a heavy car, and you can feel that weight moving around when you’re changing direction. What’s more, the main controls – the steering in particular – feel rather remote and anaesthetised, which doesn’t encourage you to make the most of the car’s awesome power and grip. That said, the ride comfort is better than you might expect from a car as performance-focused as this. Most bumps are isolated well at low speeds, and at higher motorway speeds, the RC F feels settled and composed. 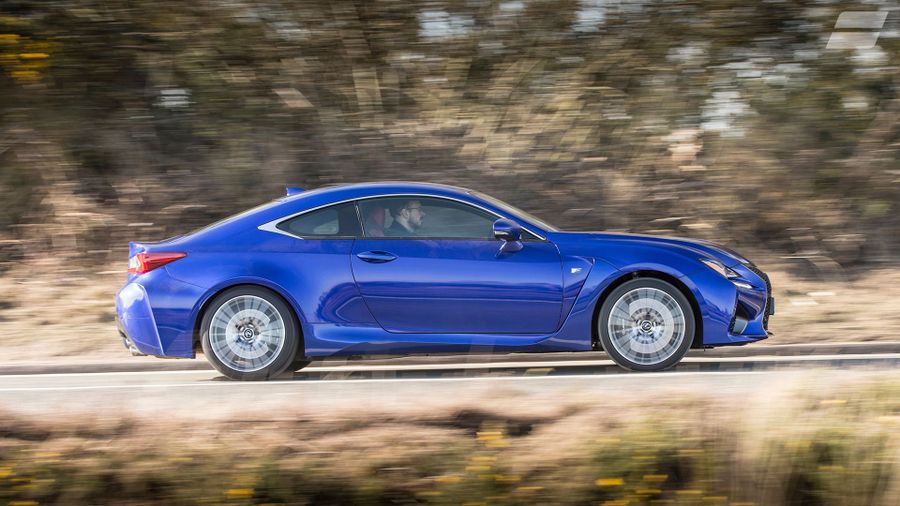 Lexus has gone old-school with the engine of the RC F. There’s none of that turbocharging nonsense here, just 5.0 litres of naturally-aspirated V8 muscle. There’s plenty of it, too, with 391lb ft, accompanied by 471bhp, making the car capable of sprinting from 0-62mph in just 4.5 seconds and powering on to a top speed of 168mph. However, you have to work the engine pretty hard before it delivers its full knockout punch, and it actually feels surprisingly docile at low revs. Give the engine what it wants, though, and you’ll feel a vicious surge of acceleration, and before you know it, you’ll be doing crazy speeds. Select one of the sportier driving modes, and things instantly feel more hardcore. The eight-speed automatic gearbox holds ratios longer, shifts down earlier with an automatic blip of the throttle, and the gearchanges themselves feel meatier and more pronounced. When you’re really going for it, though, you might wish that the gearbox went about its business a little faster than it does.

Running any muscle car is never going to be a cheap business, and the Lexus is no exception. In the highly unlikely event you match the official economy figures, you’ll get through fuel at a rate of 26.2mpg, and the correspondingly stratospheric CO2 emissions mean that tax bills will also be very high. The RC F costs about the same to buy as a BMW M4, but its resale values won’t be as strong, meaning that the Lexus will probably end up costing you more over a long-term period. And, with the rarity of this car, it’s very unlikely you’ll get much of a discount up front to help offset your losses through depreciation. 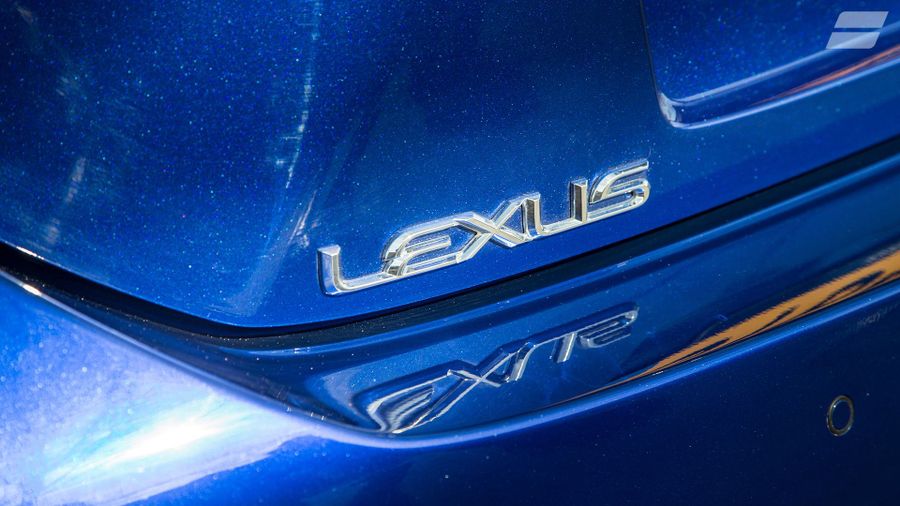 View gallery
“ Look at any reliability survey going, and Lexus is always on or near the top of the pile ”

Look at any reliability survey going, and Lexus is always on or near the top of the pile. The same is true when it comes to customer satisfaction surveys, and this combination of mechanical dependability and excellent customer service means owning a Lexus is usually a pain-free experience. This should give you peace of mind, but bear in mind that the RC F uses quite a few unique parts – the engine, for example, is hand-built – so it’s tough to say whether it’ll be as dependable as other Lexus models.

The RC F hasn’t been crash tested by Euro NCAP, and with the low numbers it’s likely to sell in, it probably never will be. However, you can take heart from the impressive list of standard safety equipment. Aside from the various traction aids (both mechanical and electronic) provided to help keep all that power going in the right direction, you’re protected by no less than eight airbags. Systems such as lane-change assist and lane-keep assist are also provided as standard, and active cruise control is available as an option, but it’s perhaps a little bit surprising that the car isn’t available with an automatic city braking function.

Lexus has always been very good at giving customers loads of kit for their money, and with an expensive model like the RC F, it’s no surprise that this thing comes absolutely loaded. The standard roster includes cruise- and climate controls, heated leather seats, automatic lights and wipers, front and rear parking sensors and an infotainment system that incorporates sat-nav, parking camera, Bluetooth and DAB radio. And, if the standard ten speakers aren’t enough for you, you can add the optional 17-speaker premium audio system. The Carbon model has the stereo upgrade as standard, as well as all those styling upgrades inside and out.

Because you want a car that looks and sounds dramatic, and that sets you apart from those people who buy fast German cars. On those scores, the Lexus fits the bill, and there’s real theatre to this car. If you’re looking for the last word in dynamic excellence, though, we’d look elsewhere. 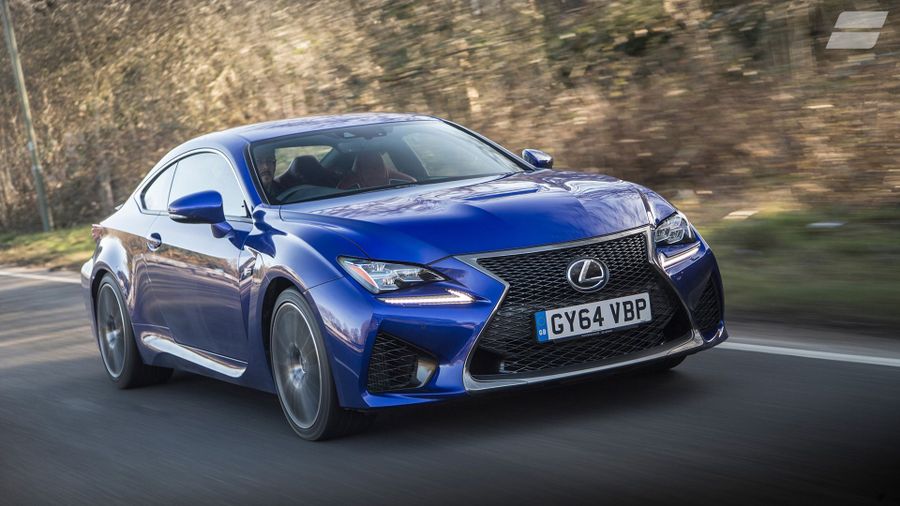