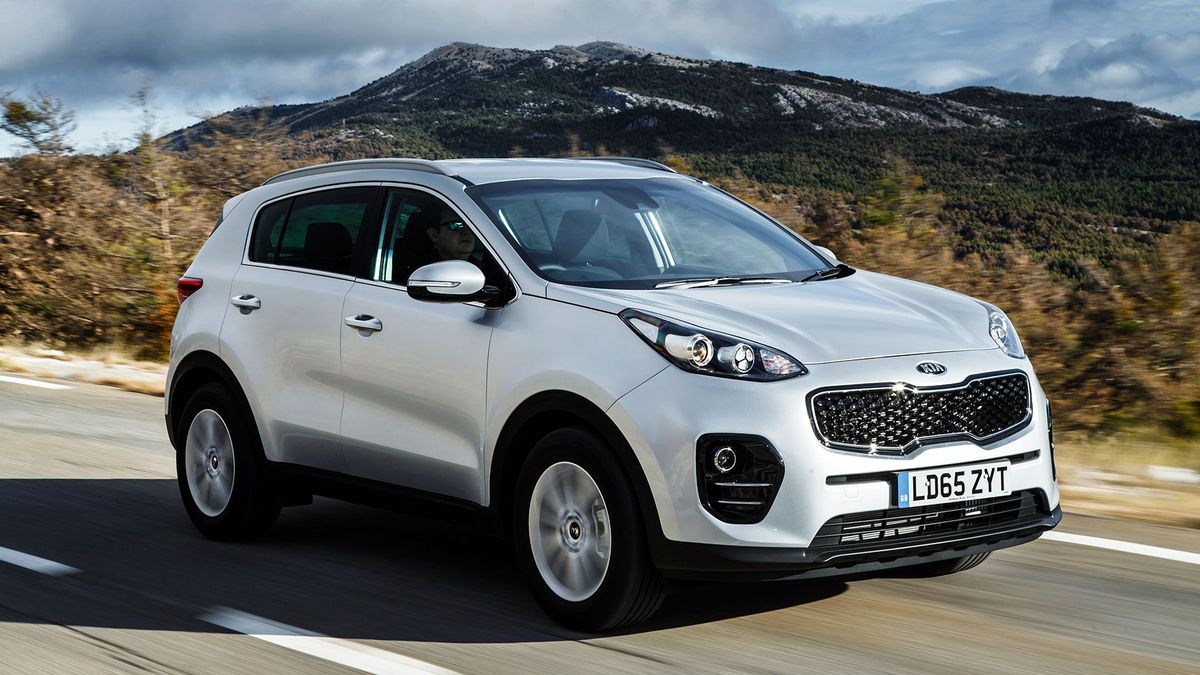 The Sportage has traditionally been one of the most popular family SUVs, and we can’t see much reason why that should change with the new model. It’s decent to drive, practical, generously equipped and high in quality. An impressive family car.

Pick of the range
1.7 CRDi 2 manual
Engine is efficient, kit levels are generous and prices are affordable
Most economical
1.7 CRDi manual
The other big part of why this is our favourite version
Best avoided
1.6 T-GDi GT-Line
Engine is gutless yet thirsty, and this is not a cheap car to buy 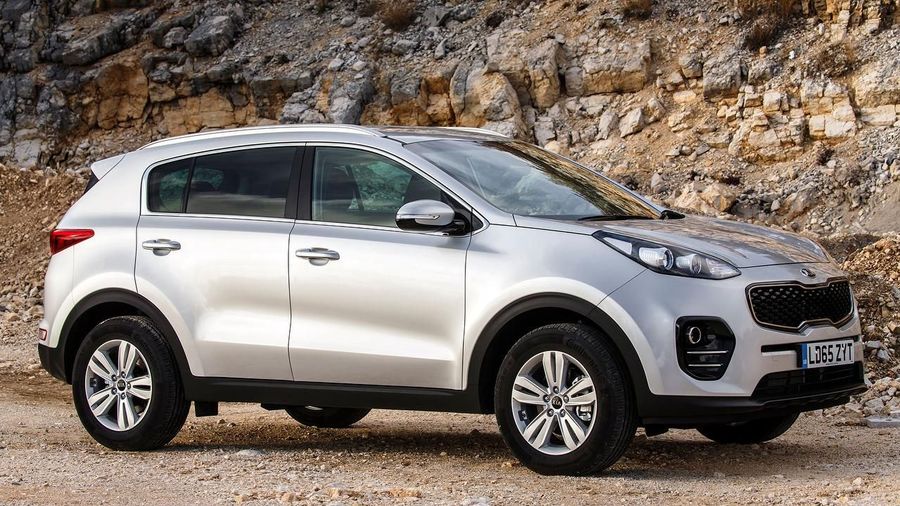 The exterior styling is the very thing that made the previous Sportage model so popular, so it’s perhaps a touch surprising that the latest car looks so different to what went before. Where the previous Sportage relied on straight lines and sharp edges to give it that wow factor, the new car has gone for a curvier approach. The smooth-edged headlamps appear to sit on top of the bonnet, rather than slashing across the front of it like they used to, while the high-set bow-tie grille and more rounded lower panels also contribute to what could be described as a rather top-heavy design. Around the sides and back, the design is more familiar Sportage fare, with a narrow, angled window line and a short rear overhang. You get varying amounts of styling accoutrements depending on what trim level you go for, but all models get alloy wheels, front foglamps and LED daytime running lights. 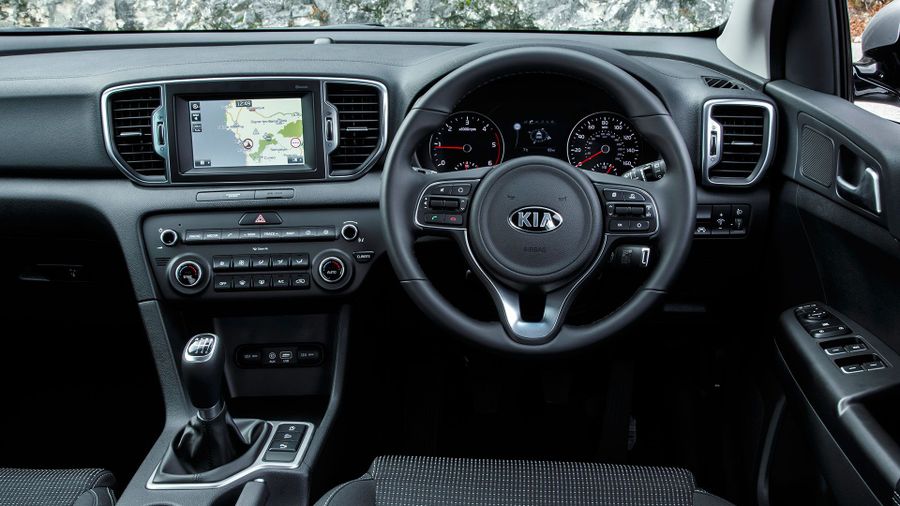 No matter what you think of the outside, we reckon you’ll love the inside of the Sportage, because the quality has really been kicked up a notch. The dashboard has a nice soft-touch covering, and while a few of the plastics lower down are harder, everything feels very solid and sturdy. We do wish Kia had used a few less contrasting colours and textures of plastic, though, as the contrast between the nice bits and the cheaper bits is a bit jarring in places. It's for this reason that it still doesn’t feel quite as posh as, say, a Skoda Karoq. Most of the various controls are easy to find and use, while the bright, colourful touch-screen infotainment system doesn’t take much getting used to, either, even if it's a bit lacking in pizzazz. What’s more, the driving position has loads of adjustment, so it’s easy to get comfortable. 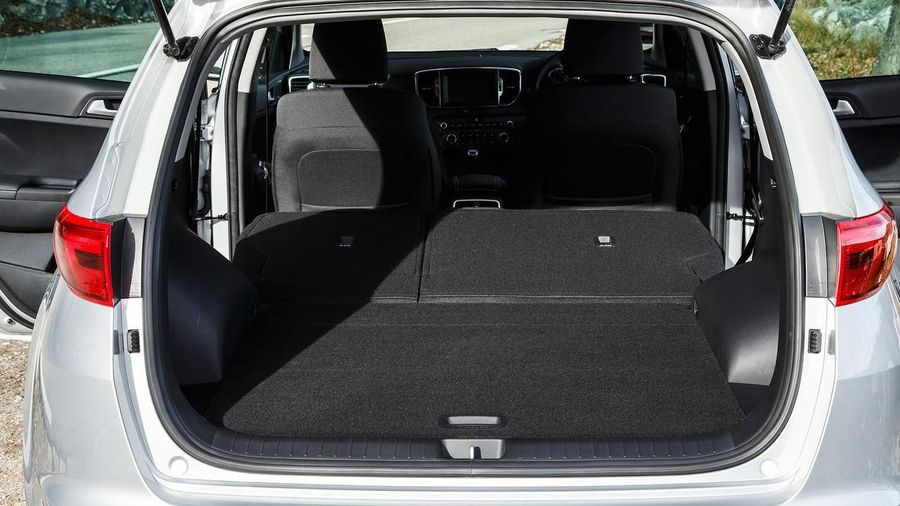 This really is a crucial area for the Sportage to get right, because most are used as family cars that need to be ready for anything and everything. Thankfully, the latest model does the job relatively well. A brace of six-foot adults have room to stretch out in the back, even when those in the front are of a similar size, and because the central transmission tunnel is low and flat, a third passenger can also sit in the back in reasonable comfort. The rear seat backs recline, which is a nice touch too, although some rivals do offer sliding seats as standard. What’s more, the boot is an impressive size at 491 litres, and the standard split-folding rear seats drop more or less flat to open up a whopping 1480 litres of space.

There is one major oversight though - you can't drop the rear seats down from inside the boot, so if you want to unlock the maximum amount of space, you have to open the boot, then do each side individually, which is frustrating and time consuming. 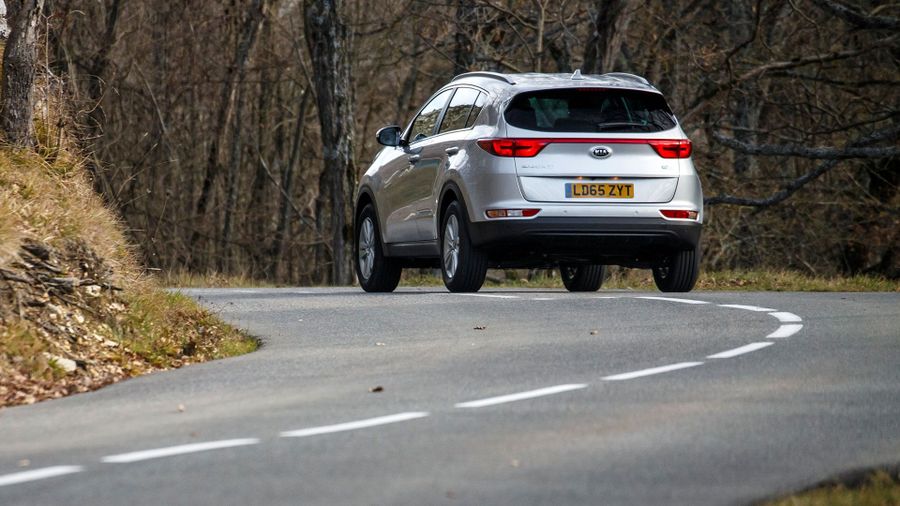 On the road, the most crucial aspect of a family car is ride comfort, and the Sportage is definitely tuned to be on the soft side - perfect for keeping everyone on board comfy. We did detect a hint of firmness over sharper bumps, though, and for that reason we'd avoid fitting large alloy wheels, the ride on the standard 17-inch rims is nicely judged. The Sportage is also nicely composed in the bends, too. You get extremely strong grip and progressive body roll that is easy to manage, so it's fairly nimble when changing direction. A Seat Ateca is a bit keener though. The steering is rewarding, too, because it’s responsive, direct and well weighted. There are better all-rounders in this class, but the Sportage is not far behind. 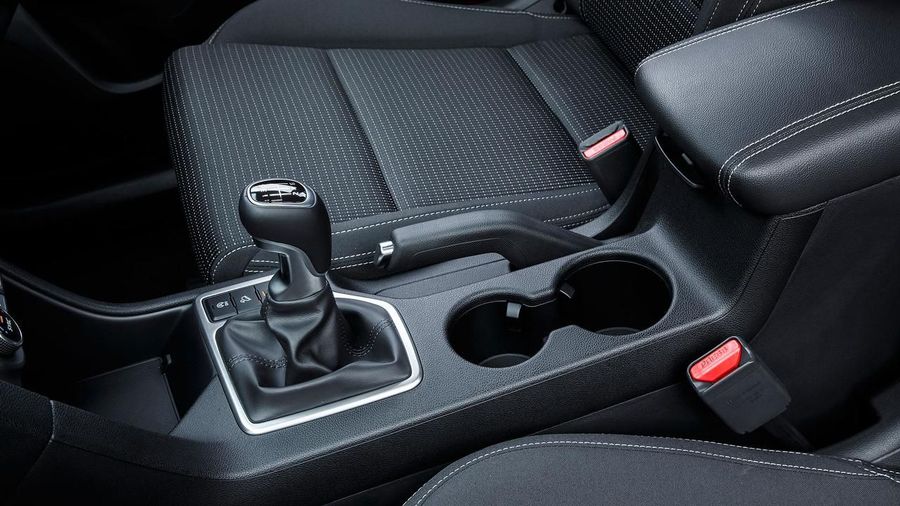 Buyers choose between five engines – two petrol and three diesel – and manual, automatic and twin-clutch gearboxes. The diesels will be the most popular, and it’s easy to see why. The entry-level 115 horsepower, 1.7-litre unit will be the best-seller, and it’s more than up to the job of hauling the Sportage around, with strong pull from low revs. In fact, you don’t go a whole lot quicker if you rev the engine harder, whereupon it gets rather noisy, so you’re better off taking a lazier approach and letting the engine’s low-down grunt do the work. It does have a narrow sweet spot though, so you'll be working the six-speed gearbox regularly to keep it pulling, and it's not the most precise manual, with a notchy, tight shift and abrupt clutch, so it can be tricky to drive smoothly. The 2.0-litre diesel is available in outputs of 135 horsepower and 185 horsepower, and so far, we’ve only tried the latter. It’s strong and pretty smooth, but it makes the Sportage rather too pricey to buy and run. The entry-level petrol is a naturally-aspirated 1.6 with 132 horsepower that we’re yet to try, but we have had a go in the turbocharged version that gives 176 horsepower. We almost wished we hadn’t. It doesn’t do its best work until you’re upwards of 3,500rpm, and even then, it doesn’t feel anywhere near as pokey as the numbers suggest. More frustratingly, it feels disappointingly flat further down the rev range, so you’ll find yourself flogging the engine for too much of the time. 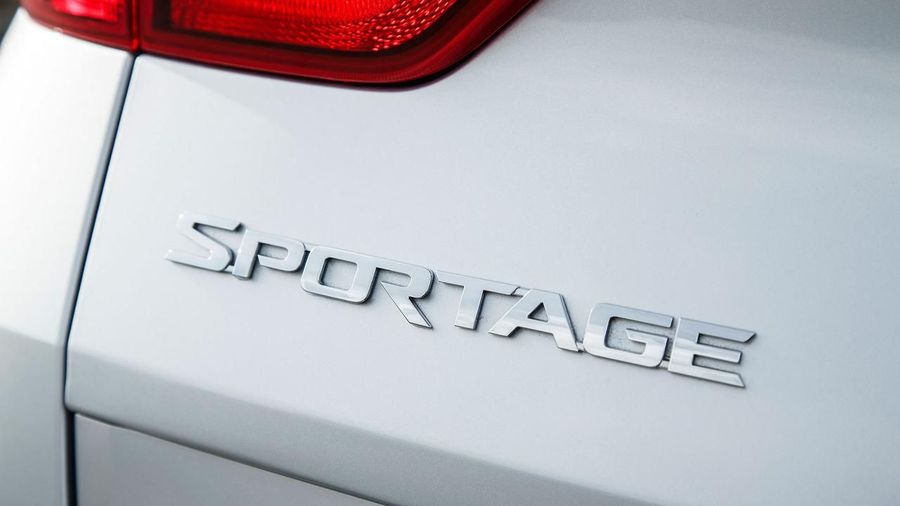 This is the reason that most customers will choose diesel power, and that most of them will choose the 1.7 diesel. It’s the cleanest engine on offer, delivering figures of 61.4mpg and 119g/km. Unfortunately, that’s still nowhere near as clean as the cleanest Nissan Qashqai. Obviously, versions with four-wheel drive and an automatic gearbox are grubbier than those with front-drive and the standard manual, by a fair margin too, bumping up all the running costs if you're a company car buyer. The exception to that is the twin-clutch gearbox, which is a fraction cleaner than the manual, but it’s only available with the 1.6 turbo petrol, which is the dirtiest engine in the range. Purchase prices are pretty competitive for the class, and look like even better value once you factor in the generous amount of standard kit you get for your money. Resale values should be very solid as well, partly thanks to the excellent warranty. 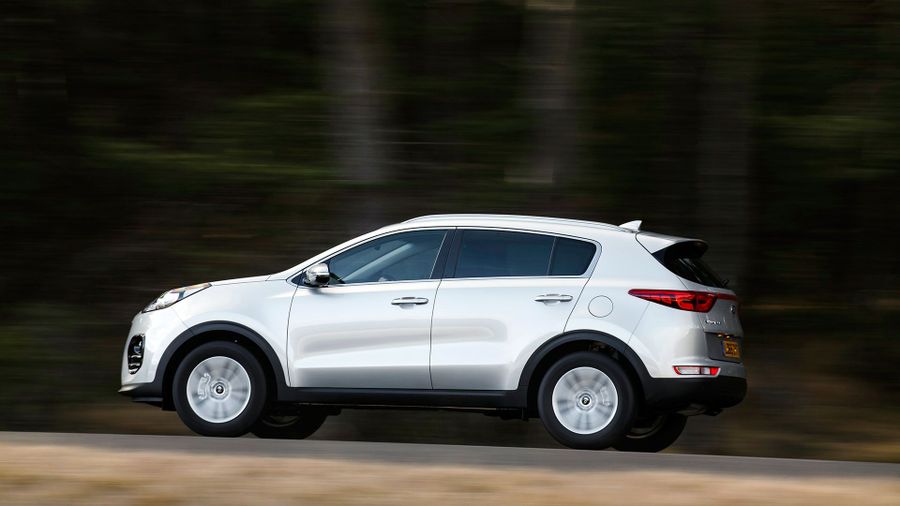 Look at Warranty Direct’s Reliability Index, and you’ll notice that the Sportage doesn’t have a particularly impressive score, with engine and electrical faults being the biggest cause of complaint. However, many of the cars studied will be of the generation before the last one, which uses much older technology. Look at JD Power's 2017 Vehicle Dependability Survey, and you'll find Kia right at the top, outperforming all other car manufacturers. If that's not a comforting stat, then we don't know what is. What’s more, Kia has introduced a seven-year/100,000-mile warranty since then, and since it hasn’t bankrupted the company, you have to think that its cars have proved to be pretty reliable. 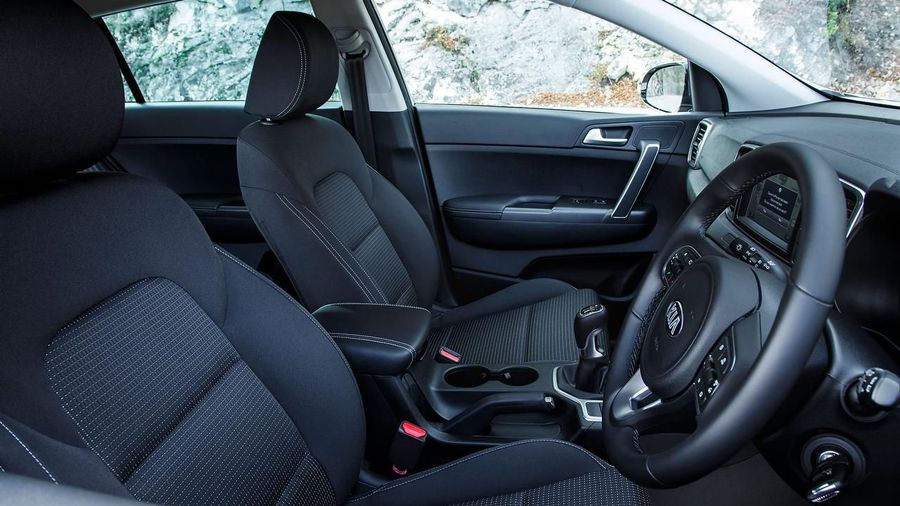 The Sportage comes with a decent selection of safety kit provided across the range, including six airbags, sophisticated brakes, stability control, trailer stability assist, downhill brake assist and hill-start assist. You get more more safety aids as you progress up the model range, too. Cars of 2 trim and above get lane-keep assist, automatic high-beam and speed limit information, while 4 trim gets blind spot detection and rear cross traffic alert. It also comes with autonomous city braking, but it’s perhaps a little disappointing that this important feature isn’t provided as standard a little further down the range. Nevertheless, the Sportage has achieved the maximum five-star rating in safety organisation Euro NCAP's crash tests. 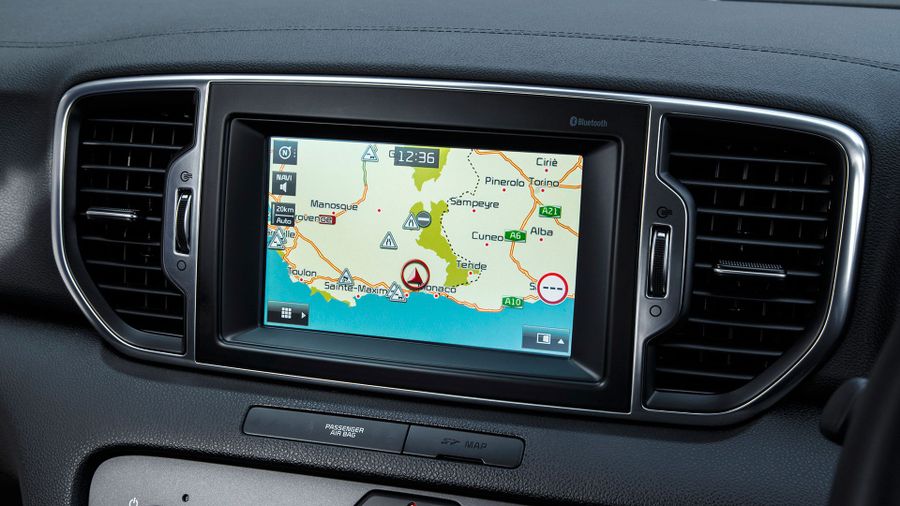 All versions of the Sportage come very well equipped, with even the most basic car getting air-conditioning, all-round electric windows, DAB radio, Bluetooth with voice recognition, cruise control, cornering lamps and a leather steering wheel. There are a large number of trim levels, and we won't go through them all here, but if you step up from the entry-level 1 to 2 trim, and you’ll add sat-nav, reversing sensors, climate control and automatic lights and wipers. The predictably named 3 trim adds leather upholstery, heated seats, and an upgraded stereo, while (go on, have a guess…) 4 trim gives you luxury kit including front parking sensors, keyless entry, a panoramic sunroof, powered and ventilated front seats and a heated steering wheel. GT Line cars sit between grades 2 and 3 in terms of luxury kit, but they get all sorts of sporty styling goodies, including massive 19-inch wheels, a gloss black grille, twin exhausts and ice cube-effect fog lamps. 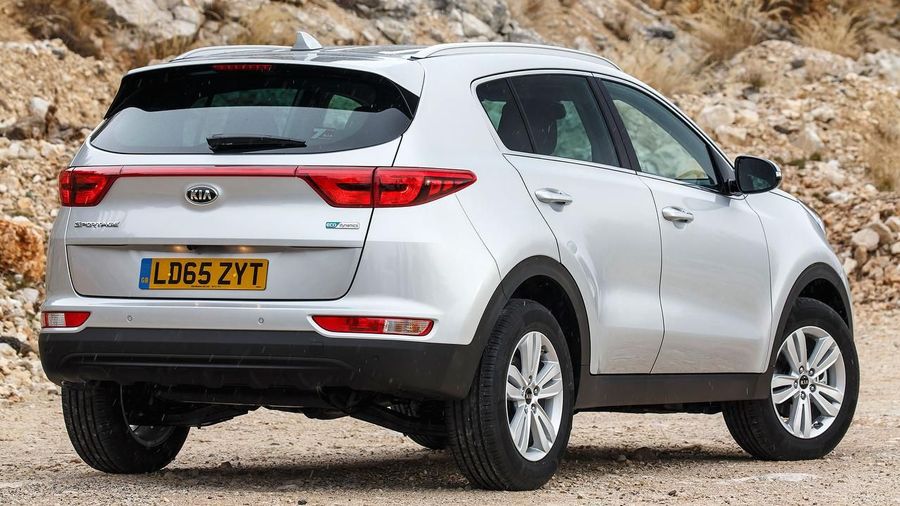 Because you need a stylish and family-friendly SUV, but you also want generous standard kit and good value for money. The Sportage delivers on all that, and it’s high in quality and good fun to drive, too. There are a lot of talented rivals to choose from though, and in some areas, the Sportage lags behind the class leaders. 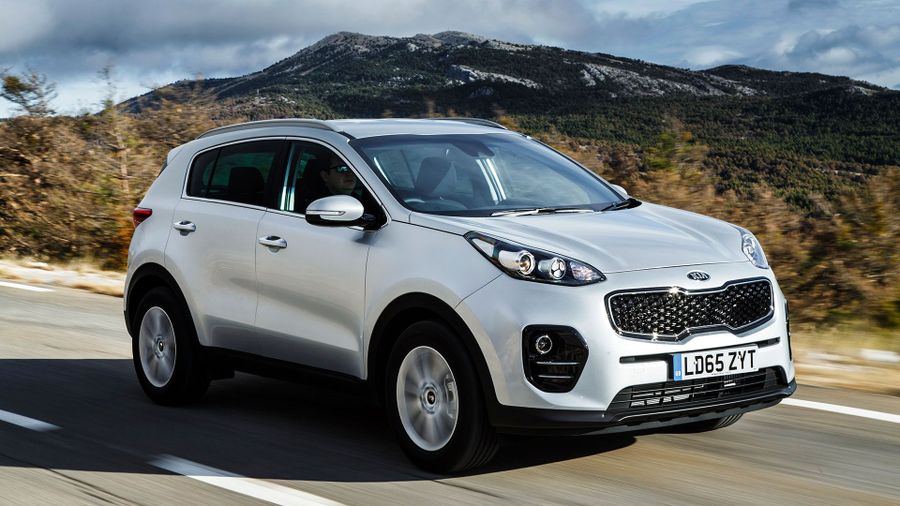 The suspension is comfortable, with only the occasional bump being felt in the cabin
1/19