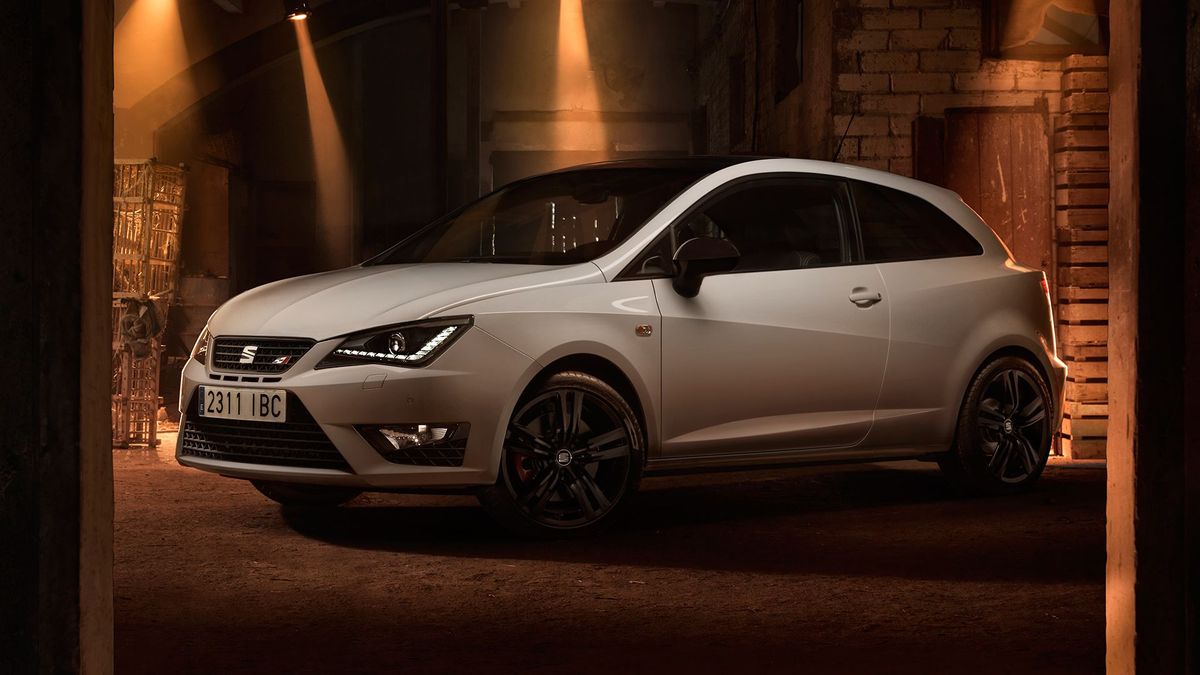 First published: 1st September 2015
Share on Facebook on Twitter
First details of the new Seat Ibiza Cupra hot hatch have been revealed ahead of the car’s public debut at this month’s Frankfurt Motor Show.
The new car gets an 11bhp power hike from its turbocharged 1.8-litre petrol four cylinder engine, which now manages 189bhp and it will now only be available with a manual gearbox. Like the current model, it’ll only be available in the three-door ‘Sports Coupe’ bodystyle and will line up against rivals such as the brilliant Ford Fiesta ST and the Vauxhall Corsa VXR when it arrives early in 2016. 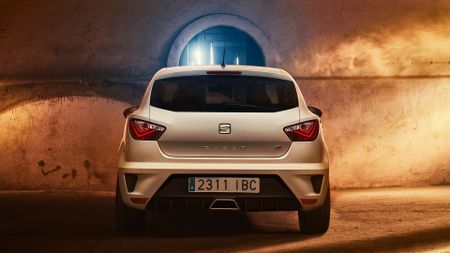 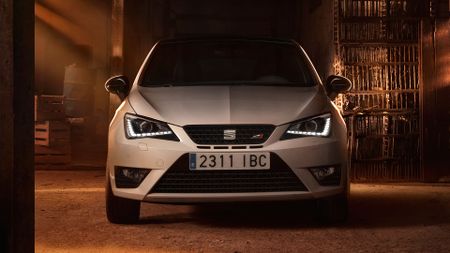 View gallery
It’ll get bi-xenon headlights (with LED daytime running lights) and all-LED rear lights with strong, angular graphics; a theme which continues across the rest of the car, with sharply-angled creases in the bonnet and bodywork. Like the current model, the new Ibiza Cupra also gets deeper front and rear valances, and a rear diffuser, as well as a boot spoiler and a single, large, trapezoidal centre-exit exhaust pipe. The Cupra model will also sit on 17-inch alloy wheels in exclusive designs.
Under the bonnet, there’s a new 1.8-litre turbocharged petrol engine, which develops 189bhp; an increase of 11bhp over the previous model. This is fed to the front wheels via a six-speed manual gearbox. The Ibiza Cupra will also get the VW Group’s XDS electronic front differential to help apportion the car’s 236lb/ft of torque to the correct wheel and keep the dreaded torque steer to a minimum. Seat says that the 0-62mph sprint will be completed in 6.7 seconds and the car will go on to a top speed of 146mph. 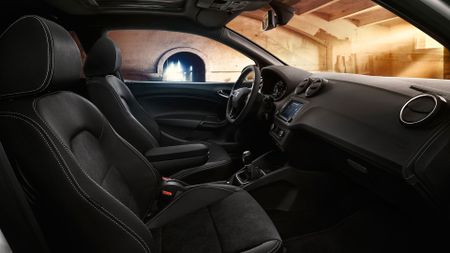 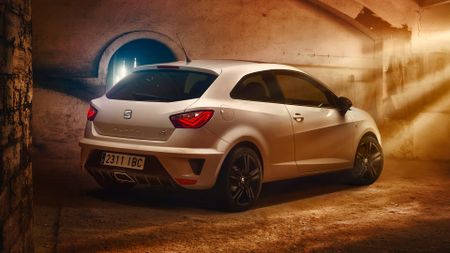 View gallery
Inside, the big change is the addition of a new touchscreen infotainment system which can talk to your smartphone via either MirrorLink, Apple CarPlay or Android Auto. All of these allow you to control various apps on your smartphone – including navigation – via the car’s own touchscreen. You can even download an app for your phone which allows you to find your car via your phone, should you lose it in a car park.

There’s also a new steering wheel – borrowed from the Leon – a new instrument panel and, Seat tells us, softer-touch materials throughout the cabin. Dimensions are unchanged, so there won’t be any more or less space inside.
Full details of the new car will be revealed at the Frankfurt Motor Show and the car is expected to go on sale very early in 2016. We’ll be driving it then, so don’t forget to come back and find out what it’s like.

Find an Ibiza Cupra in our classifieds 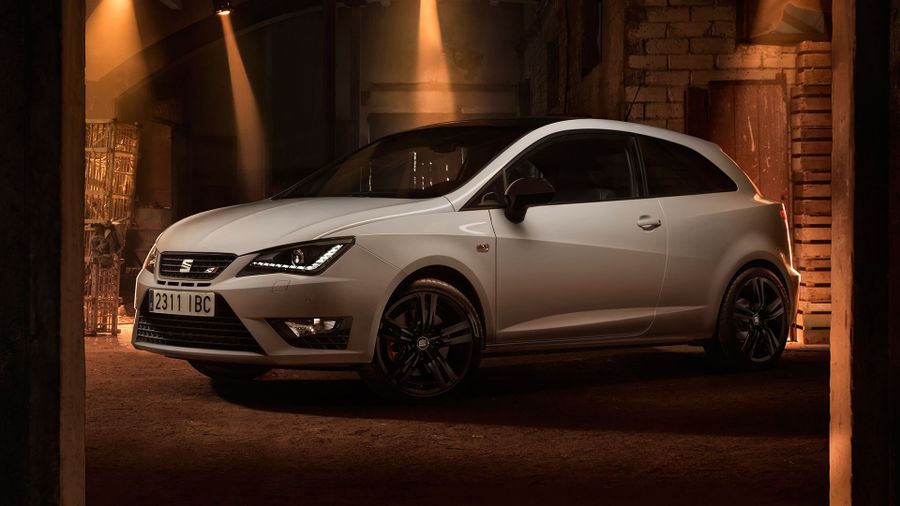