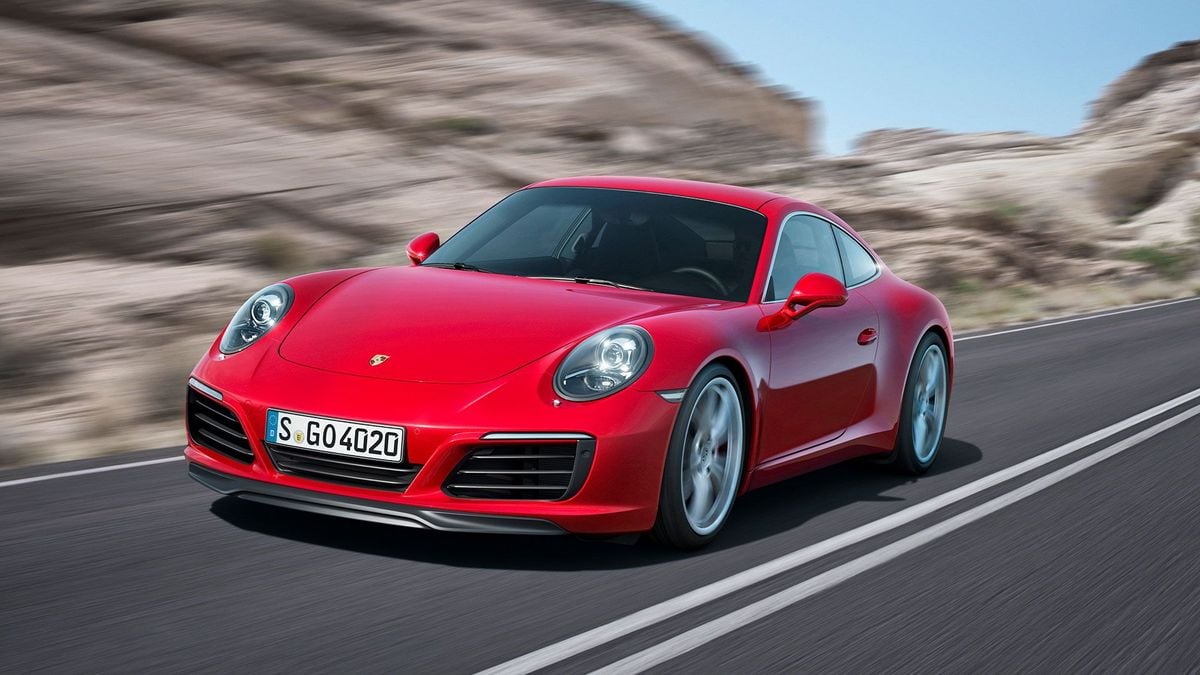 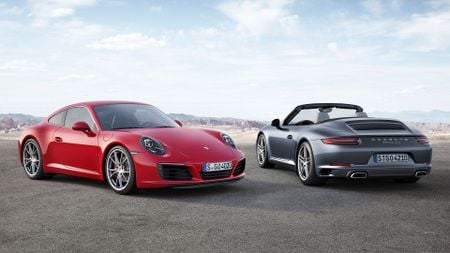 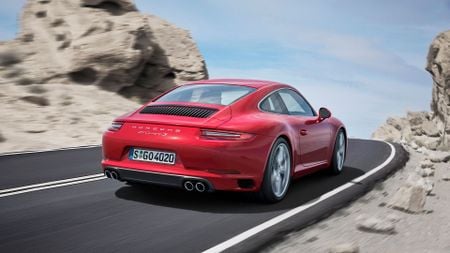 View gallery
The revised Porsche 911 Carrera Coupe and Convertible has been revealed ahead of it making its public debut at next week’s Frankfurt Motor Show.
This new version will introduce a raft of changes for Porsche’s seminal sportscar, including a whole new range of engines; all of which will be turbocharged. There will also be styling upgrades, a new infotainment system, various new chassis upgrades, as well as more equipment. The new car is on sale now, with first deliveries beginning in December. When it arrives, it’ll be up against rivals such as the Mercedes-AMG GT.

The styling tweaks are subtle, with new headlights, new rear lights and vertical – rather than horizontal – cooling slats on the engine cover, while on the inside, there’s a new version of the Porsche Communications Management infotainment system, which includes a new 7.0-inch touchscreen display and compatibility with Apple CarPlay. 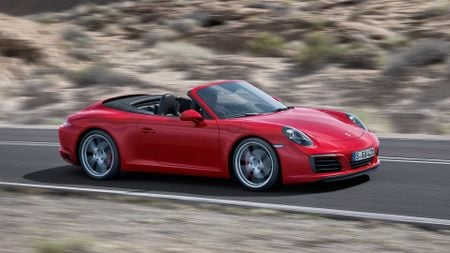 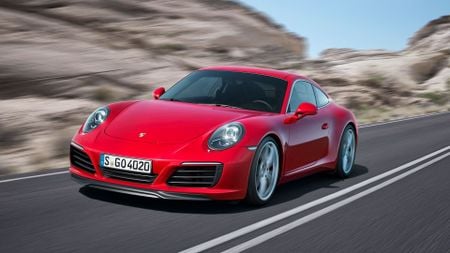 View gallery
As has been rumoured for some time now, the biggest changes to the new 911 come in the form of a whole new range of turbocharged, rear-mounted flat-six engines. The Carrera and Carrera S models will now displace 3.0-litres, feature twin-turbos, as well as uprated exhaust and engine management systems and produce 365- and 414bhp respectively. In both cases, this is a 20bhp increase over the previous equivalent models. Torque’s up, too, with each version managing 332- and 369lb/ft respectively, between 1,750- and 5,000rpm. This represents a 44lb/ft increase for both models.

This means that performance has increased as well, with the Carrera (when equipped with the PDK twin-clutch ‘box and the Sport Chrono Package) sprinting from 0-62mph in 4.2 seconds, while a similarly-equipped Carrera S will do it in 3.9 seconds; the first Carrera 911 to dip below the 4.0-second barrier. Top speeds are up by 4- and 3mph respectively; to 183- and 191mph 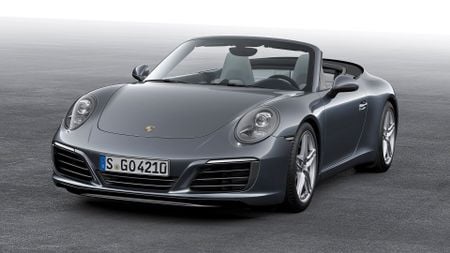 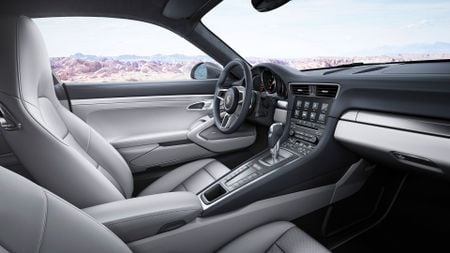 View gallery
While power, torque and performance are all up, so is efficiency, and the new engines are considerably cleaner than their forebears, too. Porsche claims that the new cars will manage up to 36.7mpg for the Carrera S and 38.2mpg for the standard Carrera; both figures are achieved with the PDK twin-clutch transmission. A seven speed manual 'box is standard, however.

As well as the large number of changes to the engine line-up, there have also been some significant alterations made to the chassis. The new car sits 10mm lower than its predecessor, thanks to the introduction of the Porsche Active Stability Management (PASM) programme as standard, while there are also new dampers across the range. Available as an option is the rear axle steer system first seen in the 911 GT3 and GT3 RS, which improves agility at low speeds, and stability during high speed cornering. There’s also the option of the enhanced Sport Chrono Package, which includes a lap timer, launch control and, for the first time, a mode switch on the steering wheel which can control suspension, exhaust and gearbox settings. 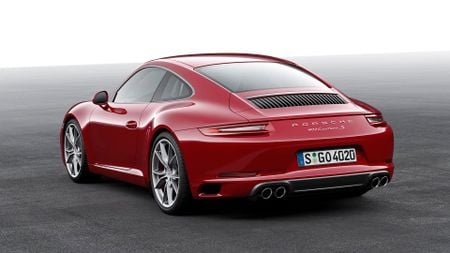 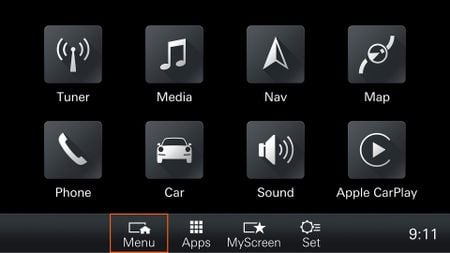 View gallery
There’s also more standard equipment on the new car, with sat-nav, leather seats, Porsche Stability Management, dual-zone climate control, phone and audio connectivity and Bi-Xenon headlights. The new car, in coupe and cabriolet forms is on sale now, priced from £76,412 to £94,698. We’ll be driving the car in the next few months, so don’t forget to come back then for our first driving impressions.

Find a 911 in our classifieds 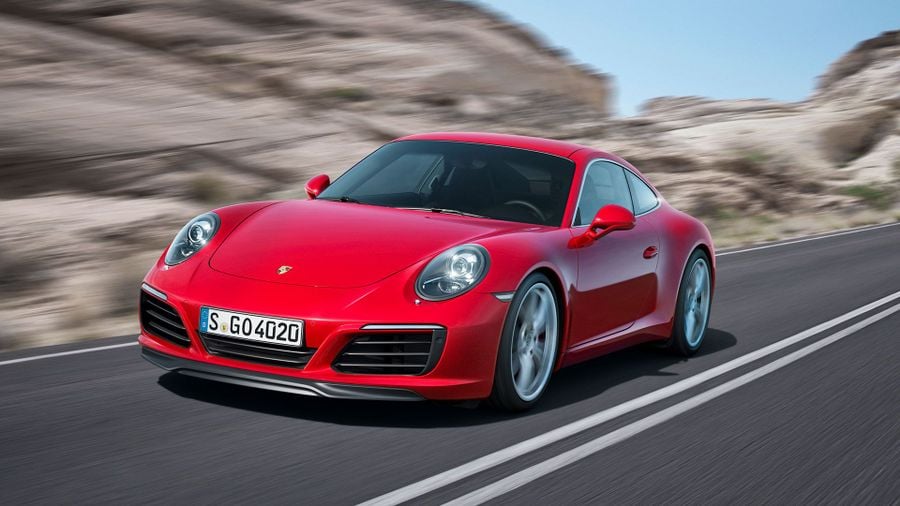