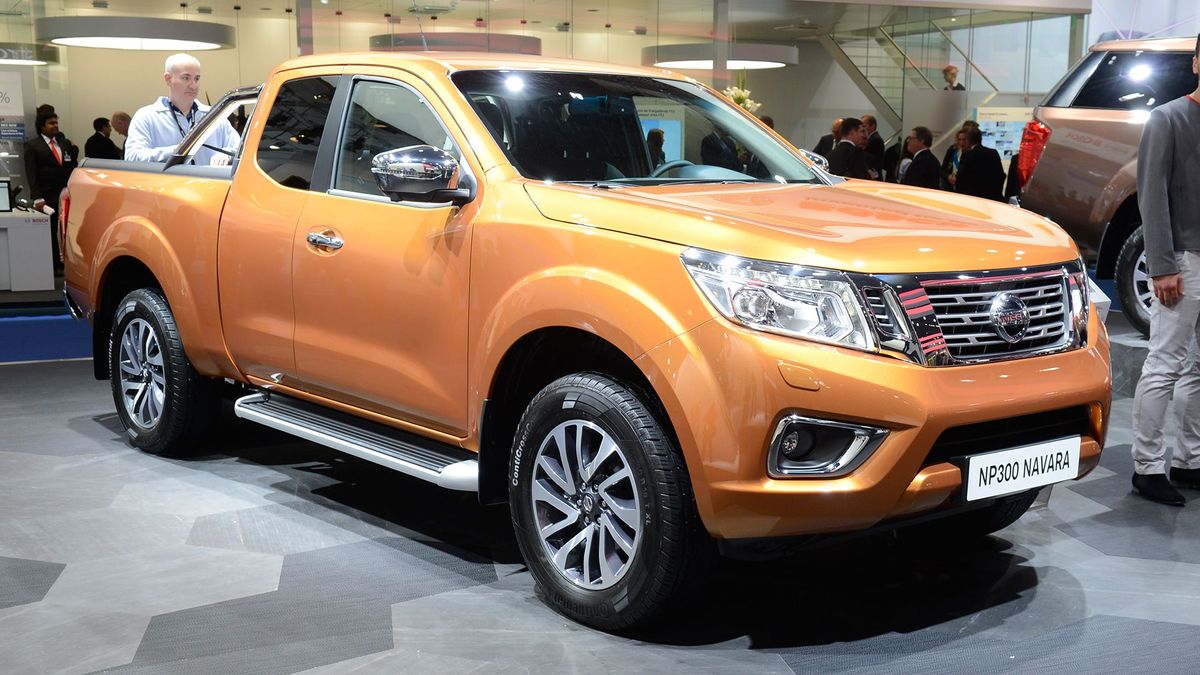 View gallery
First published: 11th September 2015
Share on Facebook on Twitter
The new Nissan Navara NP300 pick-up has been unveiled at the Frankfurt Motor Show. Now known as the Navara NP300, as opposed to just the Navara, the latest model will compete with the likes of the Mitusbishi L200 and the Ford Ranger.

Alhough it’s still unmistakably a utilitarian pick-up truck, the Navara’s styling has been updated. The nose is much more shapely and more aggressive, with an angular bumper and headlights that curve up into the wings, as opposed to the slightly anonymous looks of the outgoing model. It will be available either as a two-seater King Cab or as a Double Cab with space for rear passengers.

The new NP300 has ditched its predecessor’s 2.5- and 3.0-litre engines in favour of a smaller 2.3-litre dCi unit. It will be available with two power outputs – 158- or 187bhp, the latter a twin-turbo – and, although Nissan has yet to reveal economy and emissions figures, the firm says it is up to 24% more efficient than the old model. The Navara will be available with two- or four-wheel drive and will come with a six-speed manual gearbox as standard, with the option of a seven-speed automatic transmission. 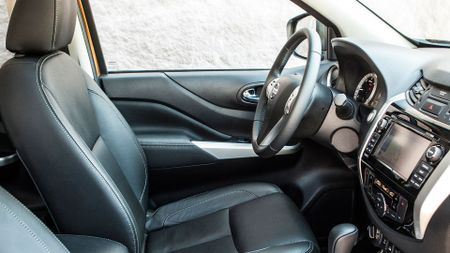 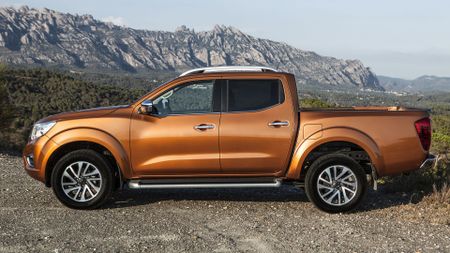 View gallery
Nissan claims to have improved the Navara’s ride and handling by developing a new multi-link rear suspension system for the Double Cab, which also shaves off 20kg. The King Cab has a less advanced rear suspension set-up, but it has been tweaked and supposedly improved over and above the old model and weighs 7kg less.

New technology, borrowed from Nissan’s car range, includes the firm’s Around View Monitor (cameras around the truck for better visibility) and Forward Emergency Braking, a system that automatically applies the brakes up to a certain speed if it senses an accident. Nissan claims these are unique to the pick-up market and it will also offer features such as cruise control, keyless entry, a rear-view camera and parking sensors.

The payload (the amount of weight the Navara can tow) is up to 3,500kg, which is a 500kg increase on the outgoing model, while the Double Cab’s loading area has increased by 67mm to 1,578mm in total – the best in its class, according to Nissan. The King Cab’s loading area stands at 1,788mm due to the shorter length of its cab.

Prices and an on-sale date have yet to be announced, but the new model is likely to start at around £23,000. It will also be sold with a five-year, 100,000-mile warranty. 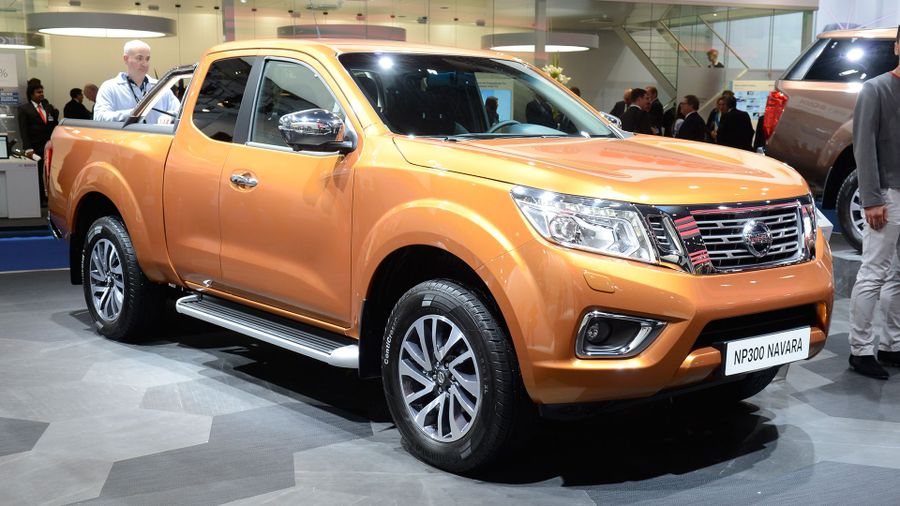