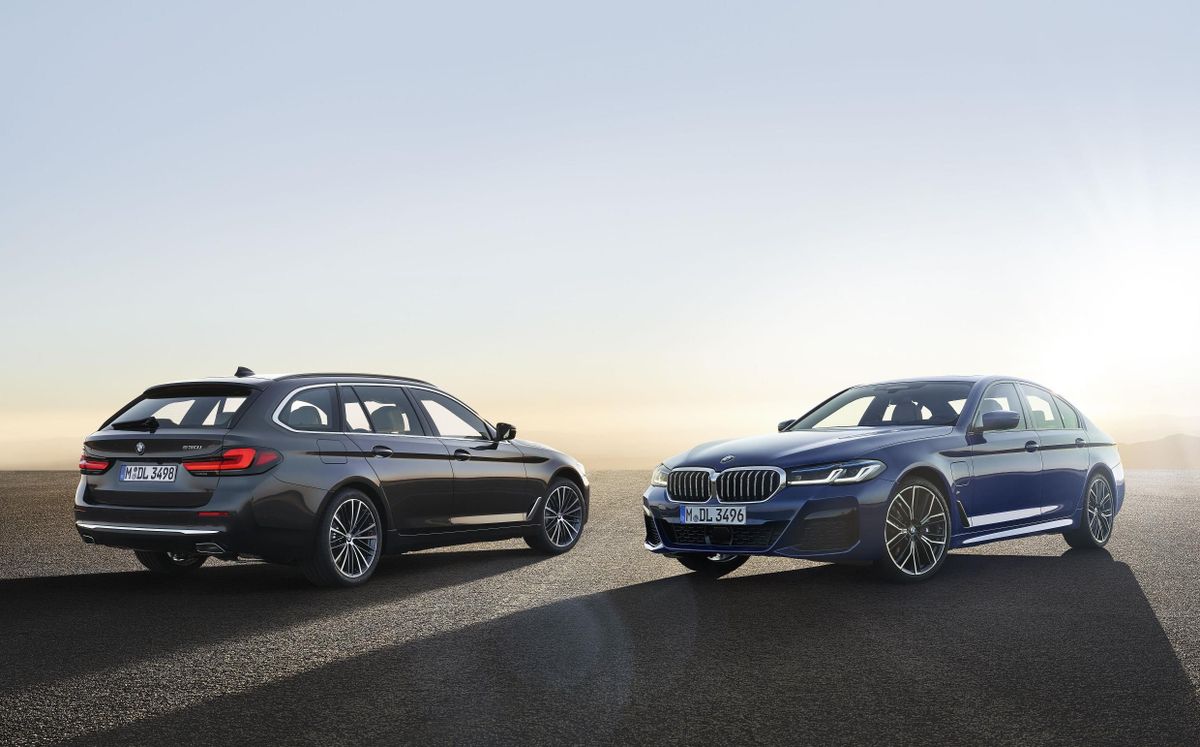 First published: 28th May 2020
Share on Facebook on Twitter
BMW has revealed its facelifted 5-Series saloon and Touring (estate) models, with pricing starting at £37,480, rising to £67,595.
BMW 5 Series hybrid
While the changes to its looks outside and inside are minor, the bigger news comes with the announcement of mild hybrid technology for every model, and the option of various plug-in hybrid versions of the 5-Series Touring from November. At the other end of the power spectrum, a mighty M550i xDrive saloon - the only version not to feature hybrid technology - will be available for the first time.
BMW 5 Series interior
Inside, new features include a larger (by two inches), 12.3in infotainment screen with smartphone integration and voice control. The new camera and radar based technology on board means safety aids such as active lane control, active cruise control and steering assistance are all now updated.
BMW 5 Series design
Outside design changes include a large, lower grille, slimmer headlights and beefed up LEDs, longer-reaching laser lights, blackened tail-light lenses and bigger air intakes and wheels for the more sporty models. 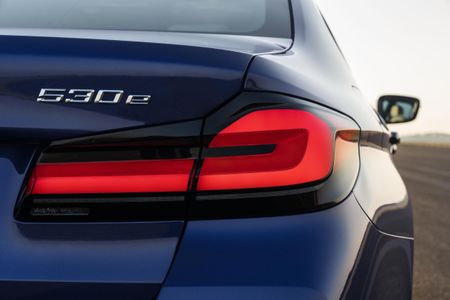 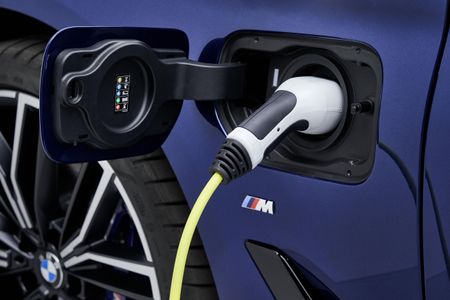 The plug-in hybrid models available from November are a four-cylinder 530e (sDrive and xDrive) Touring and 545e (xDrive only) saloon. 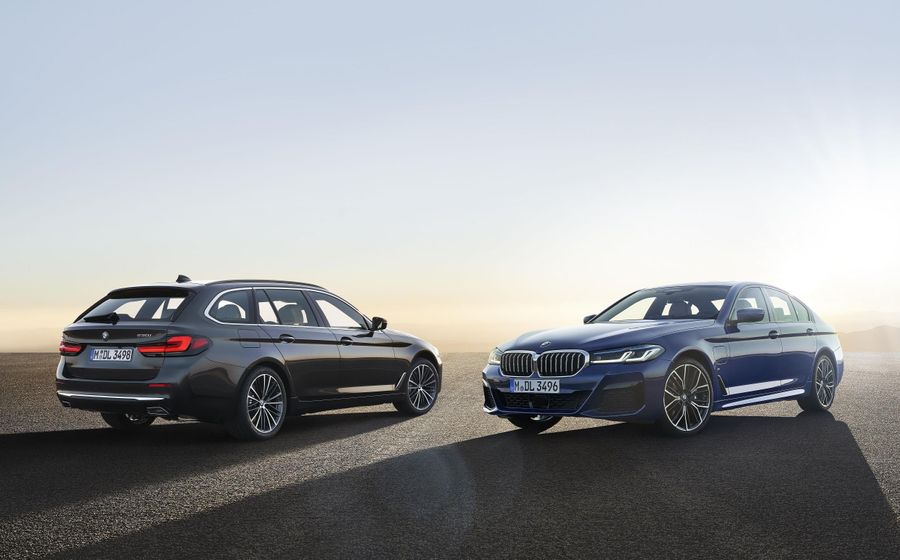