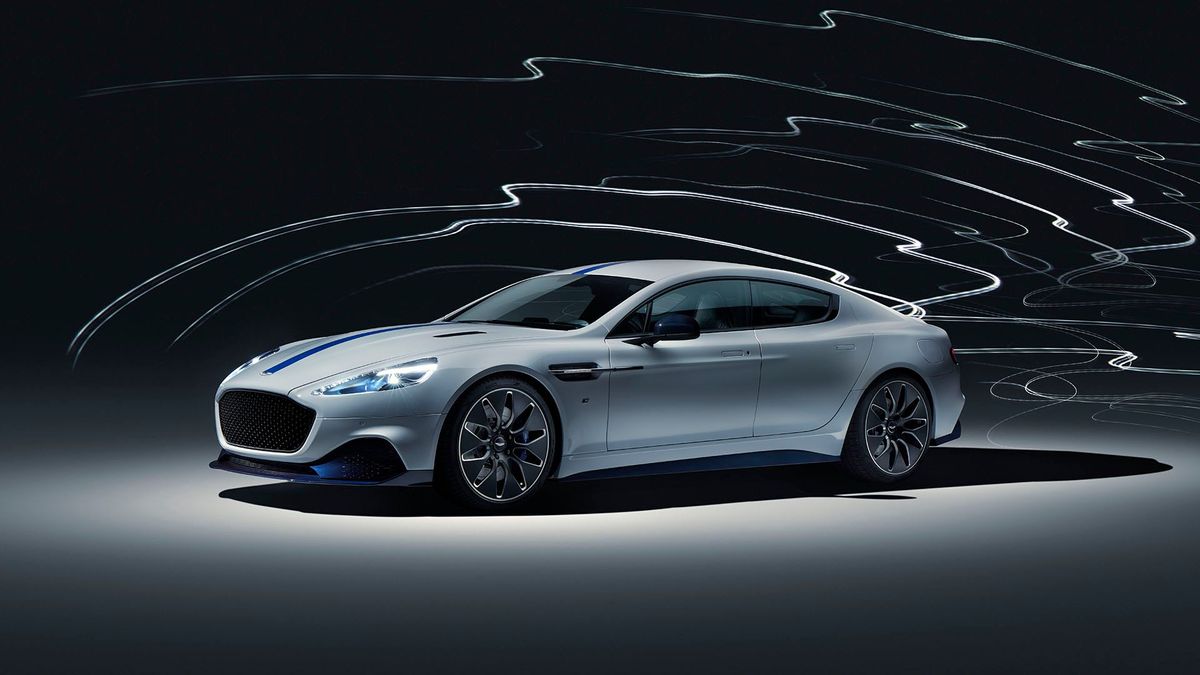 The Rapide E has twin rear-mounted motors which produce 610 horsepower and 950Nm of torque. The 800V battery pack, which powers the two motors, has been slotted in where the 6.0-litre V12, gearbox and fuel tank were in the internal combustion engined car.

The Rapide E has a top speed of 155mph, with a 0-60 time of less than 4.0 seconds. It also features three driving modes – GT, Sport and Sport + – which alter aspects of the electric system and the suspension to change the way the car handles and feels. 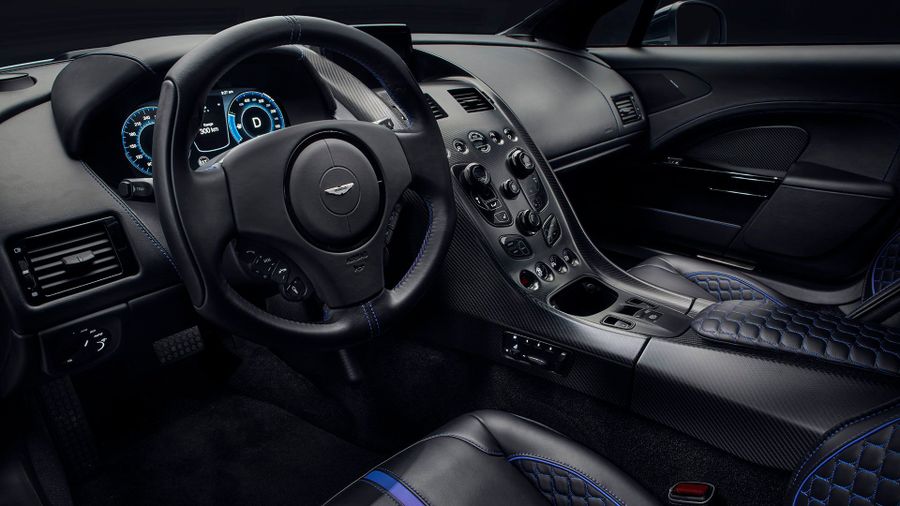 View gallery
Inside the Rapide E
Inside, analogue displays have been replaced by a 10.0-inch digital display which shows information including the amount of charge left, current motor power levels, regenerative performance and a real-time energy consumption meter. Naturally there’s lots of lightweight carbon fibre around the cabin too.

You can also monitor key information via an app on your phone, including the remaining range, battery status, the time it will take to charge, and you can send navigation directions from the app to the car.

If you’re someone who loses their car in a supermarket car park, you can see where the car is parked through the app, with walking directions to help relocate it. The app will also let you know when the car needs a service. 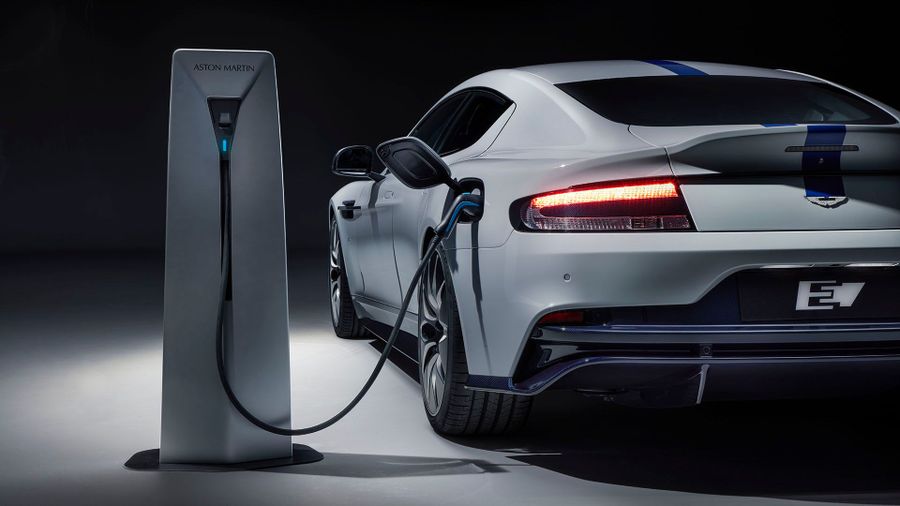 View gallery
Aerodynamic improvements
Being an electric car, aerodynamic performance is very important to help maximise electric range. This is something Aston Martin has worked hard on by minimising airflow through the car’s body.

There’s also no need for an exhaust system, so this has been replaced by an entirely redesigned underfloor which streamlines the airflow from the front of the car, to the larger rear diffuser at the back. 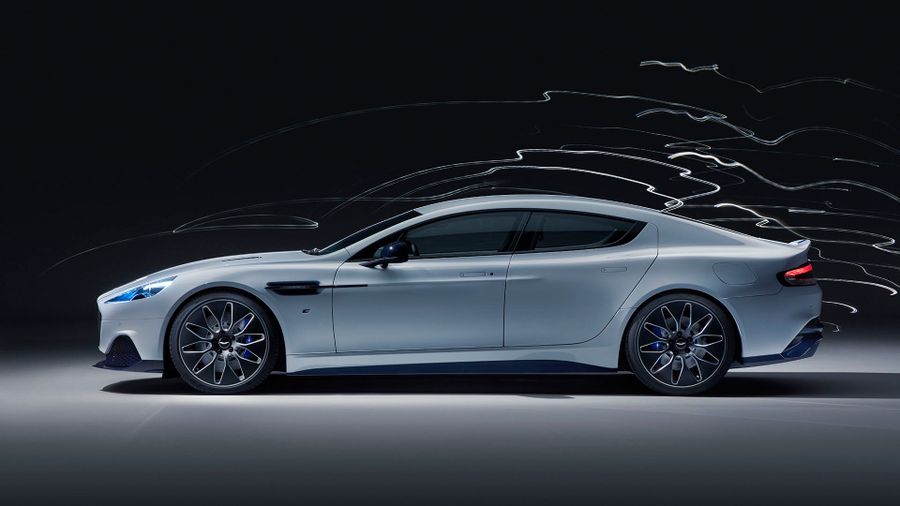 View gallery
Built in the UK
This is the first car to be built at Aston Martin’s St Athan production facility in Wales. The site has been dubbed Aston’s ‘Home of Electrification’. This will be where Aston develops its electrification strategy with the Lagonda brand. Lagonda is a revised brand name which will now be an all-electric luxury arm of Aston Martin.

Only 155 examples of the Rapide E will be produced, and orders are open now. We can't tell you how much it will cost as Aston Martin isn't revealing that information, but as the saying goes, 'If you have to ask, you probably can't afford it'. 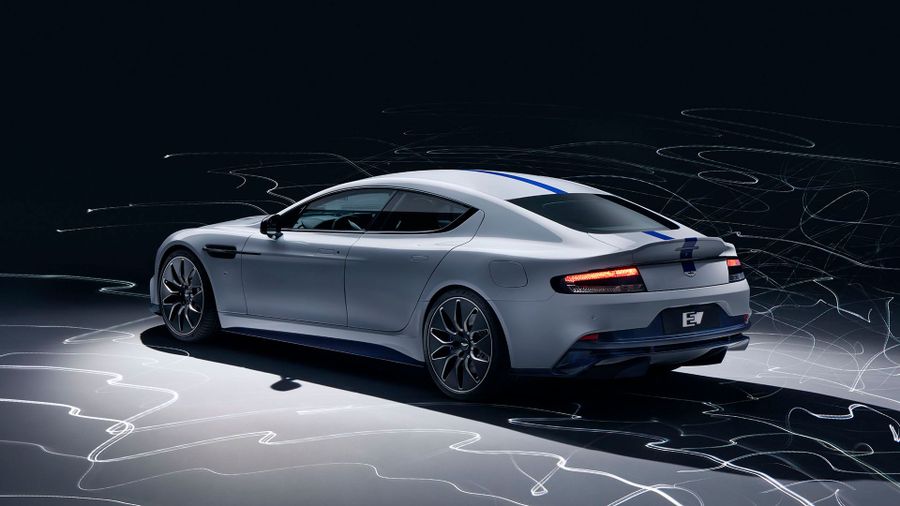 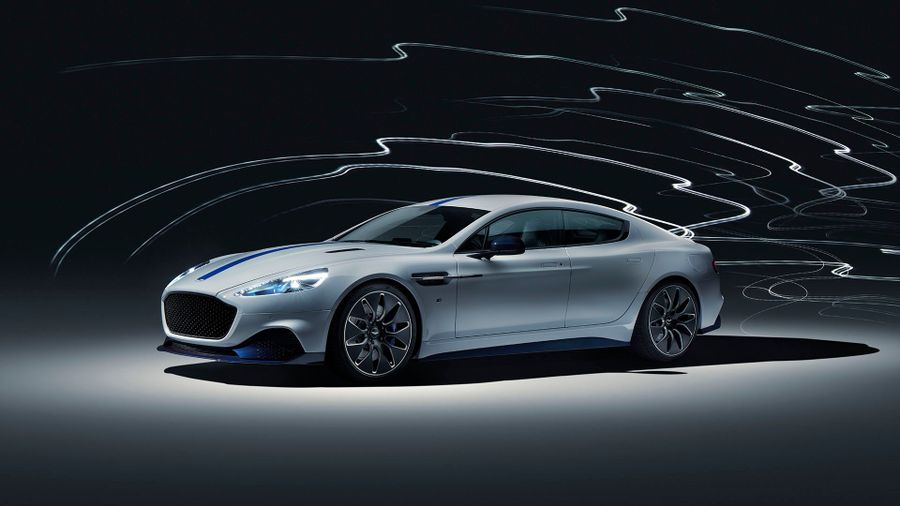