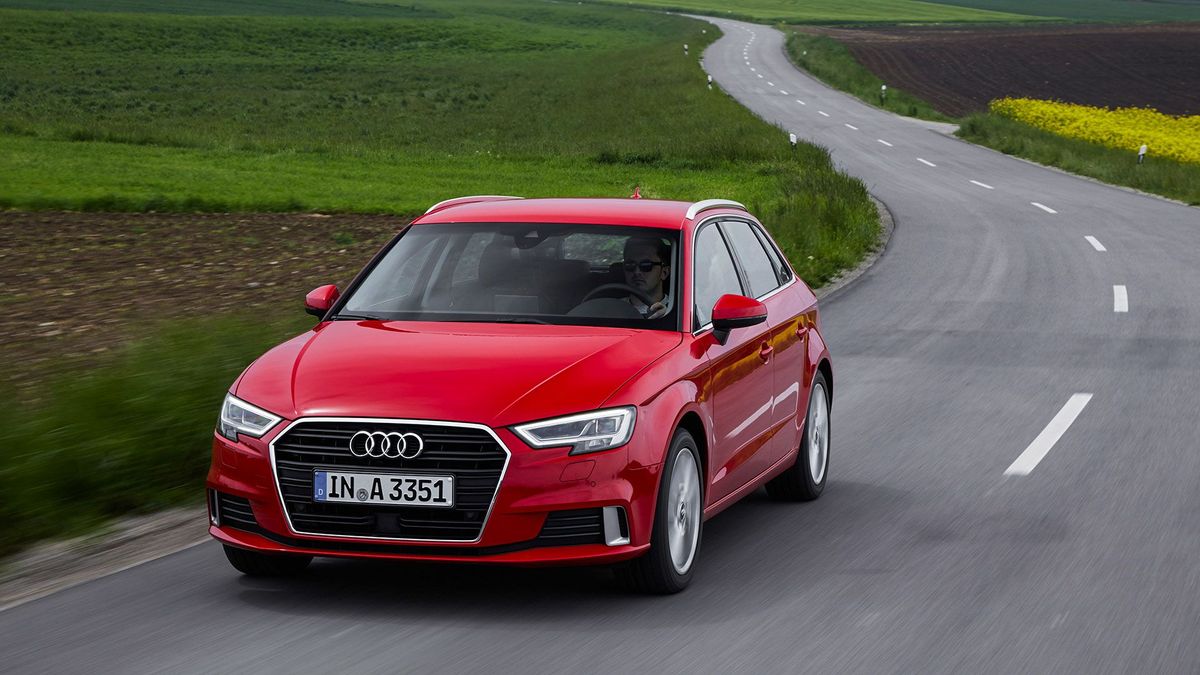 View gallery
First published: 20th May 2016
Share on Facebook on Twitter
Auto Trader Verdict:
The previous Audi A3 was one of the best cars in its class, and the minor changes made for 2016 do nothing to shift that lofty status. Its smart, hi-tech interior, excellent refinement and relaxed driving dynamics make it a fantastic all-rounder, and this new 1.0 TFSI model looks good value too, but some rivals are a little more fun.
Need to know:
What is it?
Audi has added a little garnish, clever technology and a pair of new engines to one of its most successful models, the humble A3.
It might not grab headlines quite like a self-driving R8 or insanely rapid new five-cylinder TT RS; but the A3 is every bit as important.

With several premium rivals refreshing their own family cars in recent months, including the Mercedes A-Class and BMW 1 Series Audi was overdue for tweaking the A3, but the updates are small.

The biggest news, beyond subtle styling revisions and a more generous standard spec, are a pair new petrol engines. One is a powerful 2.0-litre borrowed from the new A4, and the second is the one we’re testing here, a three-cylinder petrol turbo that is the new entry-point into the A3 range, with just 113bhp.

Trim levels are carried over from before, with four to choose from: SE, SE Technik, Sport or S line. Prices have risen by around £500 across the range, but expect this 1.0-litre to cost less than £20,000 in SE form – so does the A3 still impress with such a tiny engine?
What's it like?
Remarkably pleasant. We’ve already tried this chirpy engine in the smaller A1, and found it a bit noisier than ideal, but it works well here. You can only really tell it’s lost a cylinder if you stamp hard on the throttle, and it has to strains its tiny capacity to keep up.

True, straight-line performance is fairly leisurely, and even with its slender kerbweight (just 1,150kgs in three-door manual form) it felt particularly outgunned on the German Autobahns we tested it on.

However, where it really counts, nipping around town, short trips on country roads and tackling congested streets, the new A3 was more than up to the task. The 1.0 TFSI has a shade more power than old 1.2 but – thanks to a turbo – a big slug of extra torque.

That makes it perfect for town driving, and while it can get a little vocal when worked, it’s otherwise refined, unobtrusive and easy to drive. The optional seven-speed S tronic gearbox fitted to our test car helped make things even more relaxing behind the wheel, with no hesitation between changes and rapid manual changes too.
The rest of the driving experience compliments this engine and gearbox combination very nicely. There are different drive modes, to flick through, but none alter the A3’s fundamental character.

It feels very grown-up, and drives well, with accurate steering. The standard ‘Dynamic’ suspension setup is nice and supple, with a bit of body lean into and out of tighter corners, but a soft, smooth ride.

You can opt to lower the ride by up to 25mm free of charge, but even one Audi engineer told us this was more about enhancing the looks than improving the handling balance, so it’s best avoided.

Inside the classy, understated cabin, there are some light cosmetic changes, with intricate new air vents, seat fabrics and an optional ‘Sport’ steering wheel – but it still looks and feels smartly built. There are some new toys to play with though, if your pockets are deep enough.

The first is the ‘Virtual Cockpit’ first seen on the TT, and optional on the new A4. It replaces the dials with a 12.3-inch TFT digital display, and means the driver can whizz through the navigation, infotainment and driving settings without taking their eyes off the road, or removing their hands from the steering wheel.
It’s a brilliant system, and fits perfectly within the modern cabin, but does, predictably, come at a price. You can only fit it to Sport and S line models, and only as part of a tech package, costing £1395.

The other cool new feature, again sadly only available as part of a Driver Assistance pack that costs an even scarier £1,950, is Traffic Assist, which uses various safety systems including the adaptive cruise control and lane departure warning to brake, steer and go for you when you’re stuck in congestion, at speeds of up to 37mph.

Practicality is excellent, with the five-door A3 Sportback providing more than enough space for four adults to sit comfortably, and a big, well-shaped 380-litre boot that matches its premium rivals.
Should I buy one?
This entry-level 1.0 TFSI makes a strong case for itself, with a price likely to slip below £20,000 in standard SE trim. It’s a highlight in an excellent range that has something for everyone.

It’s quicker and quieter than the more popular 1.6 TDI, returns over 60mpg in official tests, and emits just 107g/km on 17-inch wheels. As standard it also comes with Xenon headlights, cruise control automatic lights and wipers and a multi-function steering wheel.

It’s worth going for the spec above to get sat-nav for the standard 6.5-inch infotainment screen, but we’d be careful to avoid some of the pricier options, which can quickly make the A3 too expensive.
Key facts:
Also Consider:
BMW 1 Series
Also recently updated, the 1 Series is not as classy, hi-tech or refined as the A3, but with a rear-drive chassis, it’s better to drive

Volkswagen Golf
Sitting on the same platform as the A3, the Golf is better value, but not as luxurious, and with a sedate image that’s not for everyone

Mercedes A-Class
Bold looks and a great cabin design give the A-Class bags of desirability, but it’s too noisy, firm and expensive to recommend 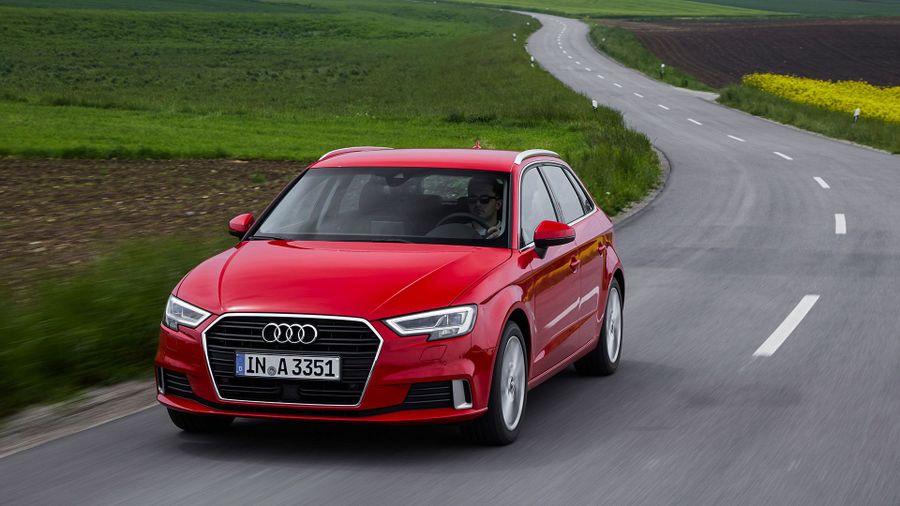