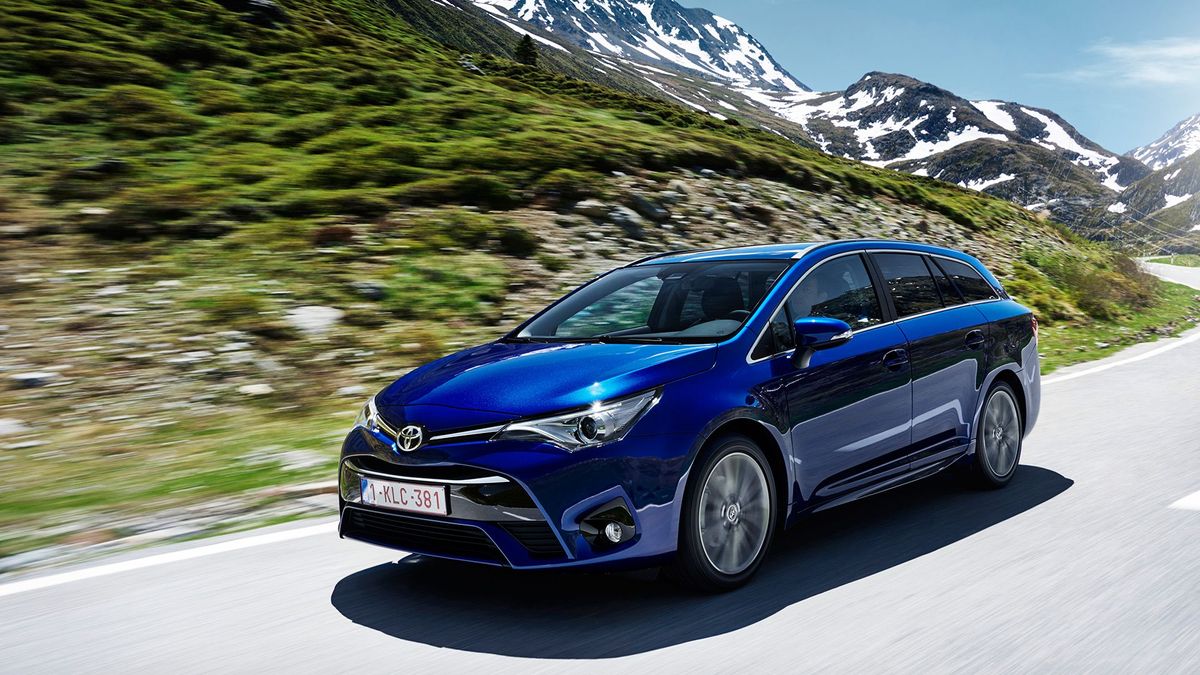 First published: 11th June 2015
Share on Facebook on Twitter
Auto Trader Verdict:
Company car drivers will appreciate all the changes Toyota has made to the Avensis – it feels like a much more competitive option as a result, but it lacks the USP of its rivals, with less boot space and higher CO2 emissions than its closest competitors. The generous amount of kit and a much-improved cabin help its case, but it feels like a totally rational purchase to fill a need, rather than a car that’s going to make you feel good about driving or owning it. 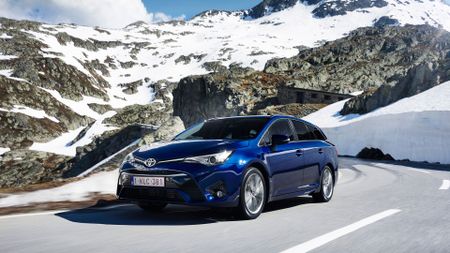 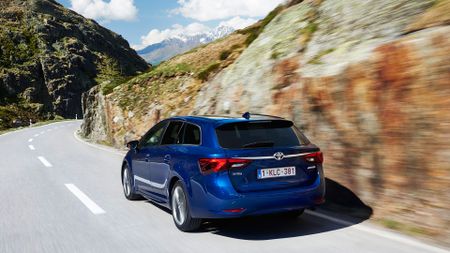 View gallery
Need to know
What is it?
A sharper, sleeker looking Toyota Avensis seen here in its ‘Touring Sports’ estate guise – a car that aims to maintain its popularity in business parks across the UK and stay in firmly in fleet manager’s good books with a big facelift, focused on improving quality, and driving comfort.

The changes are extensive, but they need to be, with Toyota’s main rivals from Ford, VW, and Skoda all having introduced brand new models in the last 12 months, and in the process have also set new class standards for handling, interior quality, and practicality respectively. 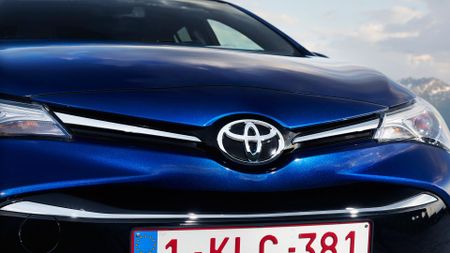 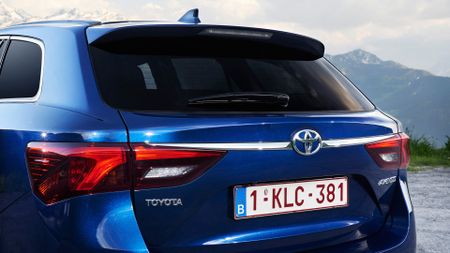 View gallery
Just like a decent suit from a high street shop, the Avensis and its ilk need to look like they mean business, without ever appearing flashy. To meet that brief, the 2015 car is longer, with a new flared grille design, swept back headlights with LED running lights, and a neater rear.

Along with much improved equipment levels, and retuned steering and suspension, the big headlines are a pair of new BMW-sourced diesel engines, a 1.6 and a 2.0-litre. The 1.6 becomes the new default for cost-conscious buyers, with CO2 emissions from 108g/km, while the bigger engine brings significant gains over the outgoing, and outdated 2.2-litre model.
What is it like?
Toyota knows exactly who its audience is with the Avensis – the split of fleet sales is so high that private buyers are almost an insignificant rounding error, and almost all of those buyers will choose one of the two new diesel engines, so it needs to be frugal, refined, and comfy.

Fortunately, the new Avensis does manage to impress in all three of these areas. The springs, dampers and anti-roll bar have all been softened to improve motorway comfort, and apart from the occasional bit of low-speed fidgeting, the new car’s ride is smoother than before.

The 1.6-litre engine has a fairly narrow torque band, so gear changes up and down the rather loose six-speed manual gearbox are a constant necessity, especially when driving uphill. Sat in traffic, the diesel motor does send some buzz and vibration through the controls, but once it’s up to speed, cruising refinement is decent, despite some wind flutter from wing mirrors. 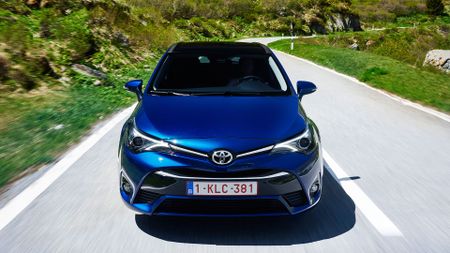 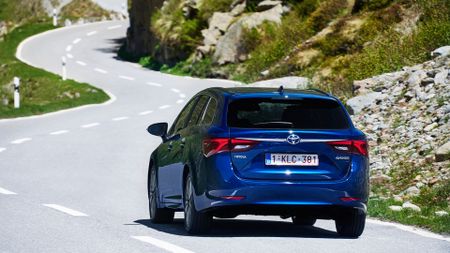 View gallery
Performance is sedate, but adequate, although if you plan to regularly fill the 1,609-litre boot with heavy luggage, then we’d definitely recommend considering the 141bhp 2.0-litre model. It pulls better in-gear, and makes overtaking manoeuvres that bit easier to complete.

The interior is where Toyota has taken the biggest strides to improve the Avensis, with a new dash design that’s simpler and easier to fathom, but also looks and feels better than before. All the major touch points, including the steering wheel, broad centre console and 8.0-inch colour touch-screen are new, as are the dials, climate controls, and thickly bolstered front seats.

All this effort has paid off – the Avensis certainly feels nicer to sit in than before, has a lot of standard equipment (especially in the new Business Edition trim) and is a solidly built as ever. However, there are still some harder plastics in some very obvious places, including the grab handles on the front doors, and sharp edges in the door pockets that spoil the overall effect. 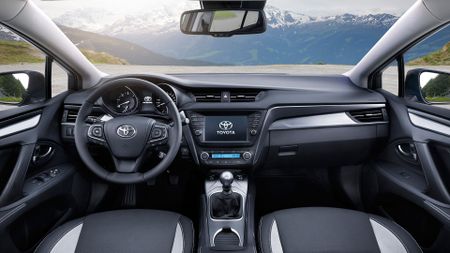 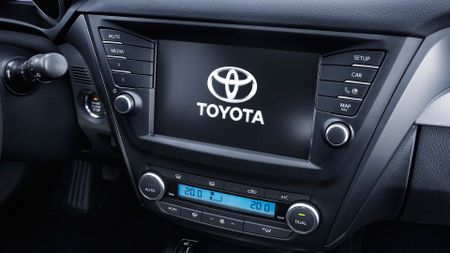 View gallery
Practicality is excellent though, and the Touring Sports comes with a big, wide loading bay, no loading lip, and seats that are easy to fold, plus a deep section of under floor storage too. The overall capacity is not quite that of a Passat or Mondeo, but a totally flat foot well means you could three adults across the rear bench without any problem, which you can’t in the VW.

The one thing which is likely to attract buyers to the Avensis instead of its rivals is the sheer amount of kit available as standard. With the exception of parking sensors, the Business Edition trim features everything you could possibly need, with 17-inch alloys, power folding windows, Bluetooth, DAB radio, auto light and wipers, that massive touch-screen, with full European sat-nav, a reversing camera, climate control, and Toyota’s new Safety Sense kit. 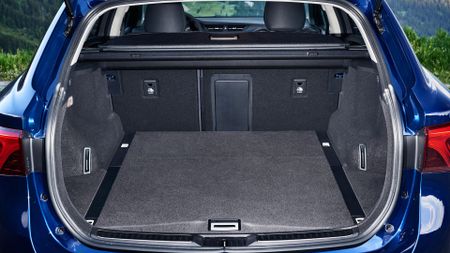 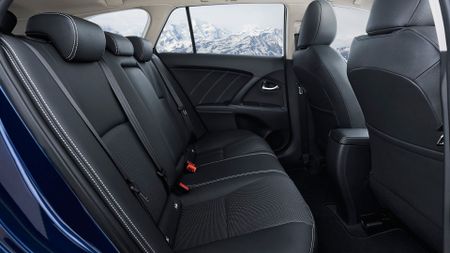 View gallery
Should I get one?
If you’re a fleet manager for a large business, then the Avensis makes a lot of sense to choose for your employees. It’s very safe, comfortable and quiet enough to cover long distances with ease, and comes so well equipped that there is no need to add any options to the base price.

The driving experience is solid, but instantly forgettable, and most rivals use diesels that are either more powerful or more efficient than the units which Toyota has bought from BMW - or both - so there are cheaper options from a BIK perspective, and more exciting ones too.

However, with a five-year warranty, excellent reputation for durability, and lower servicing and repair costs, the Avensis fits the bill as a rational, no-nonsense way to get from A-to-B. It does sort of feel like one of a dying breed though – conventional cars like this are exactly why Nissan had such huge success with the Qashqai, and why the Primera disappeared forever.
Key Facts:
Also consider:
Vauxhall Insignia
Well-equipped in Tech Line trim, refined, and cheap to buy, if not the best to drive

Volkswagen Passat Estate
Classy, with a stunning interior and strong residuals, but pricier than its rivals 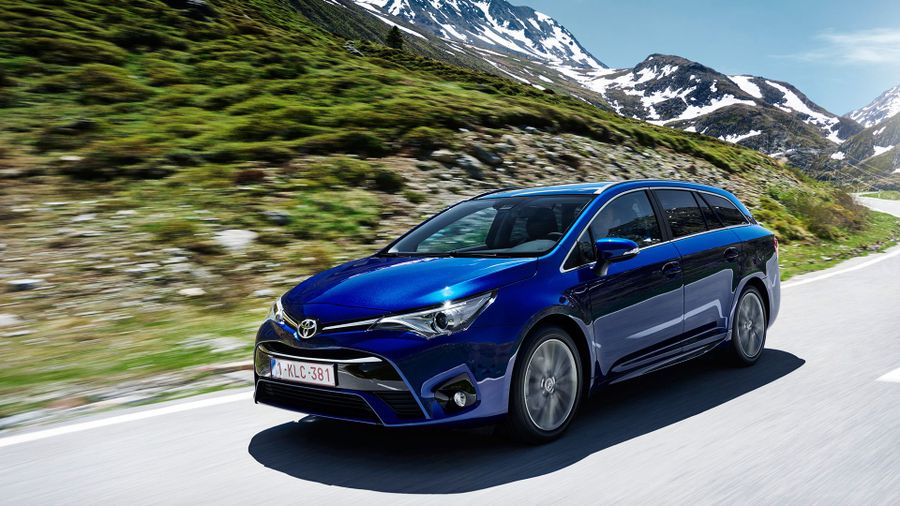