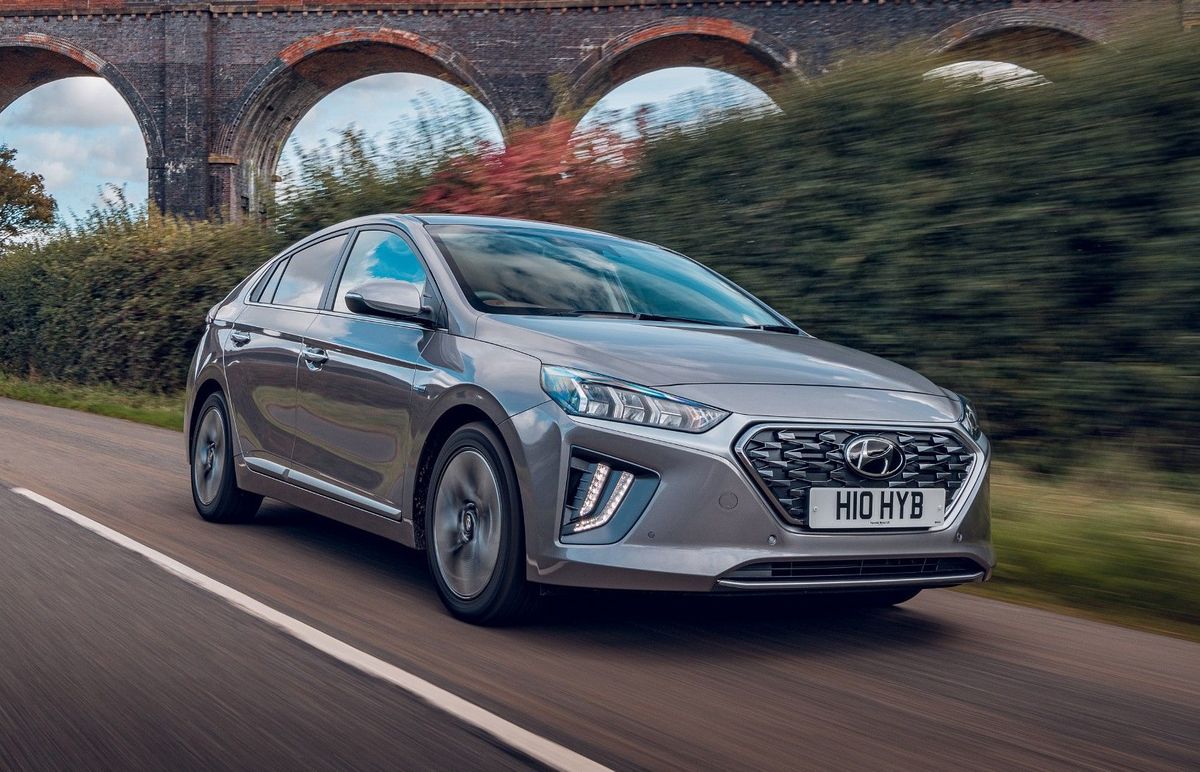 The Hyundai Ioniq is a hybrid hatchback that offers low running costs, a long warranty and genuine ease of ownership. While Hyundai’s own Kona Hybrid offers a more characterful alternative, but it’s worth a look if you’re convinced a hybrid is right for you. If you’re in the market for the pure-electric version of this car – the Hyundai Ioniq Electric – you can read our review here.

Running costs for a Hyundai Ioniq 4/5 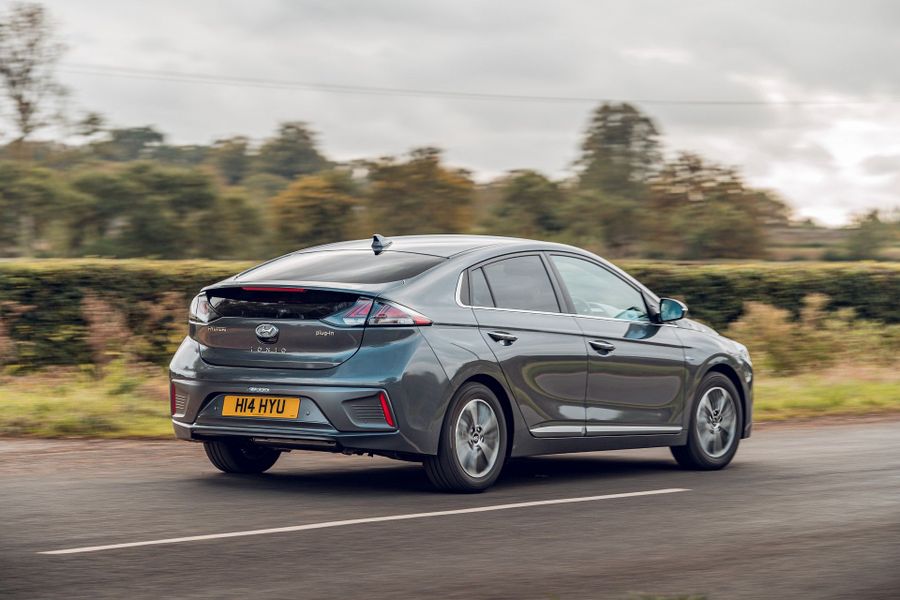 Prices for the Ioniq hybrid start much higher than they do for the similarly sized Hyundai i30 hatchback, but it costs much the same as key rivals such as the Toyota Prius. The plug-in version is much more expensive, and actually costs much the same as the all-electric version – the Hyundai Ioniq Electric, which is worth bearing in mind.

The plug-in version, however, can run on electric power alone for up to 39 miles, which means urban users should be able to commute using little or no fuel. The hybrid version can only run on pure electric power for short periods at higher speed, so it’s not as commuter- or city-friendly.

Official emissions figures for the plug-in give it some useful tax breaks, too, while the official fuel economy is mind-bogglingly good, with an average of about 250mpg. Whether you achieve this will depend on the battery charge level and your driving habits, however. Average fuel economy for the hybrid is better than an equivalent petrol car, but not necessarily a diesel.

Residual values for every Ioniq are likely to be a cut above your run-of-the-mill family hatchback, which helps to reduce long-term costs and contributes to some very competitive finance and leasing deals.

Reliability of a Hyundai Ioniq 5/5 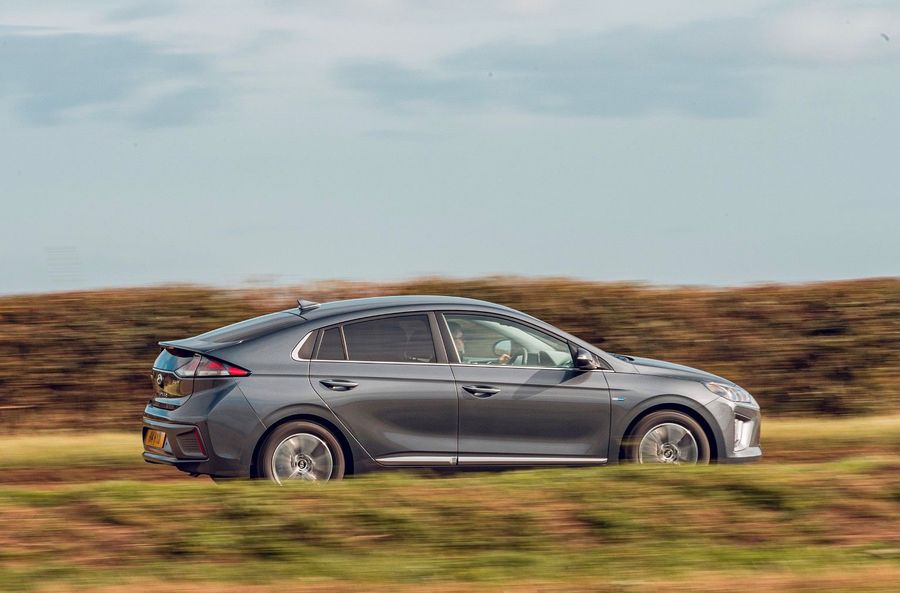 Hyundai has an excellent reputation for reliability, ranking third overall in the latest JD Power Vehicle Dependability Study, which ranks manufacturers by overall performance. Our owner reviews have also been largely positive, which makes us fairly confident that Ioniq owners shouldn’t have too many problems.

The warranty is more generous than most, with a five-year, unlimited mileage package.

Safety for a Hyundai Ioniq 4/5 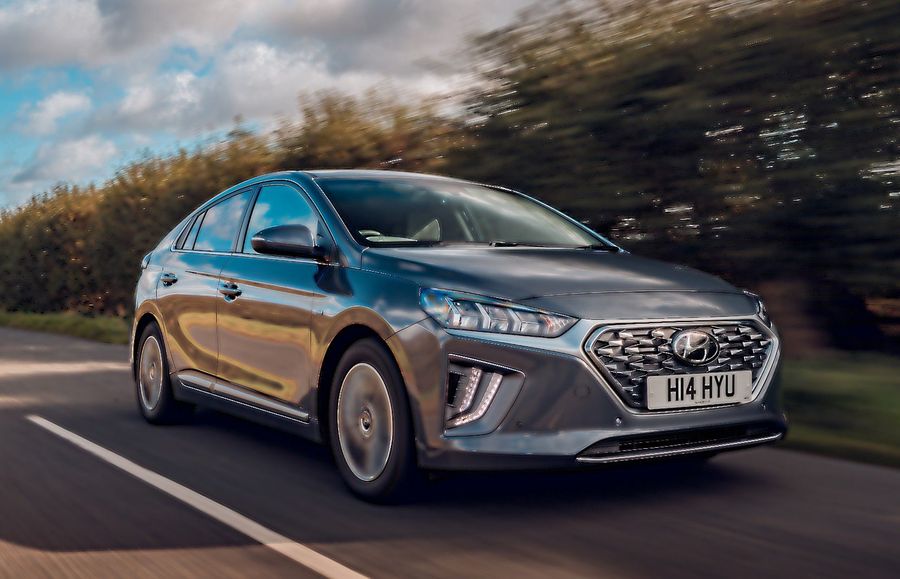 The Hyundai Ioniq achieved the maximum five stars when tested by Euro NCAP in 2016. Standard safety kit is good for all models, and includes automatic emergency braking and Lane Keep Assist, which gently steers the car back on track if it starts to veer out of its lane on the motorway.

Top-spec models also get a blind spot detection system and rear cross traffic alert, which warns of oncoming traffic when you’re reversing out of a parking space.

How comfortable is the Hyundai Ioniq 3/5 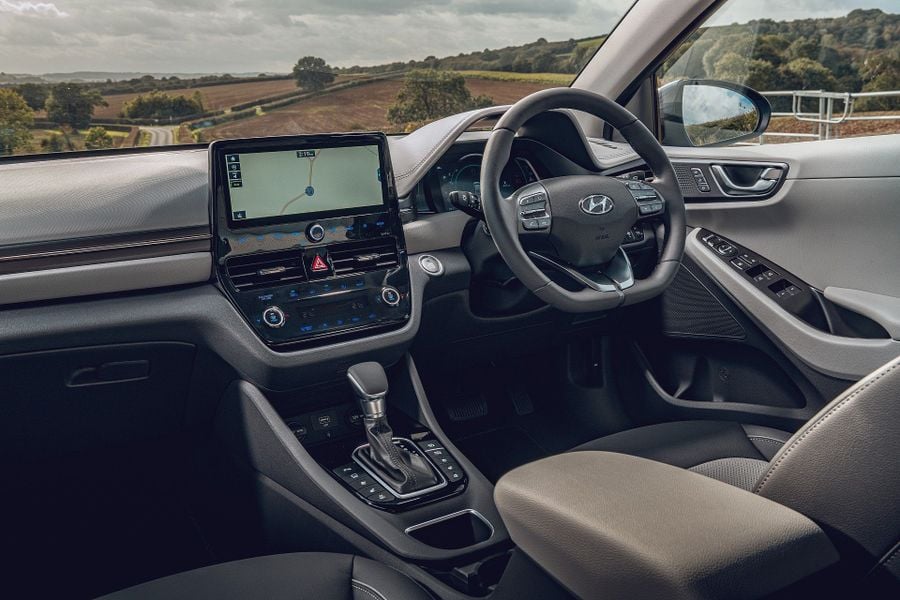 The low, tapered shape of the Ioniq does a lot to help it slip through the air efficiently, but it doesn’t do a lot for interior space. There’s plenty up front, and rear legroom is fine, but the sloping roofline means that rear headroom is a bit tight.

The boot is a useful shape and access is easy; while the hybrid’s is impressively large, the plug-in has a much smaller capacity due to its larger battery pack and is not as capacious as that of a Nissan Leaf or a Volkswagen Golf. You can fold the rear seats down to cater for tip trips and the like but the low rear window does limit how much you can squeeze in.

The unusual split rear window design (blame the focus on aerodynamic efficiency) means that rear visibility is a bit compromised, although all versions have a rear-view camera and parking sensors.

Up front, the driving position is good and there’s plenty of adjustment while the dashboard and infotainment system are pretty straightforward, using a mixture of touch-screen and physical buttons. Interior quality is good, with a solid feel and some appealing materials, although the design is rather plain.

There’s not much excitement in the way the Ioniq drives, either, but that’s not its remit. If all you’re after is something that’s smooth and easy to drive you won’t be disappointed, thanks to its generally comfortable ride and light steering. The petrol engine is a bit boomy, but the electric motor is quiet and the Ioniq’s slippery shape helps to keep wind noise to a low level on the motorway.

Features of the Hyundai Ioniq 4/5 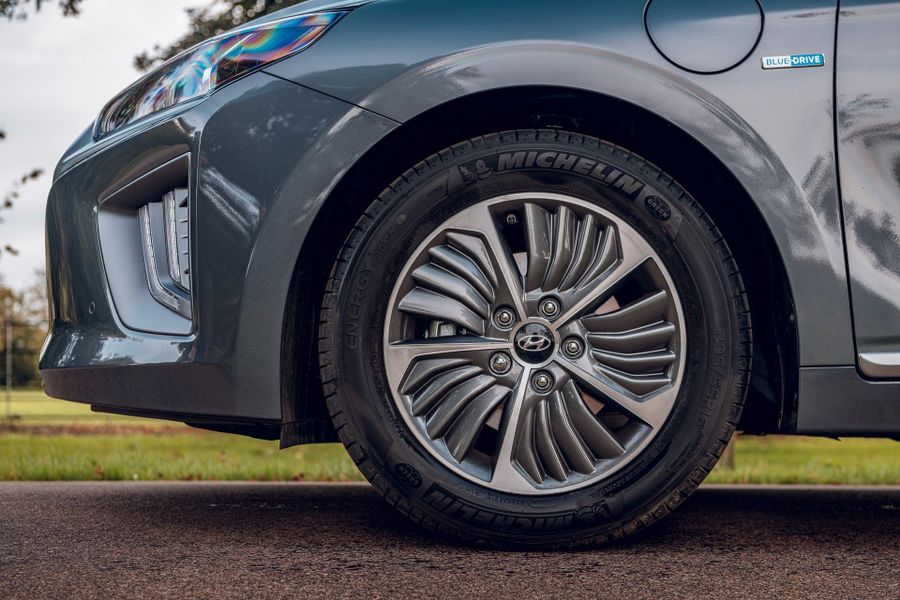 The Ioniq comes with a good standard of equipment across the range. The cheapest models are on the basic side, but you still get alloy wheels, automatic headlights, cruise control, dual-zone climate control, Apple CarPlay and Android Auto integration and a rear-view camera and parking sensors.

Power for a Hyundai Ioniq 3/5 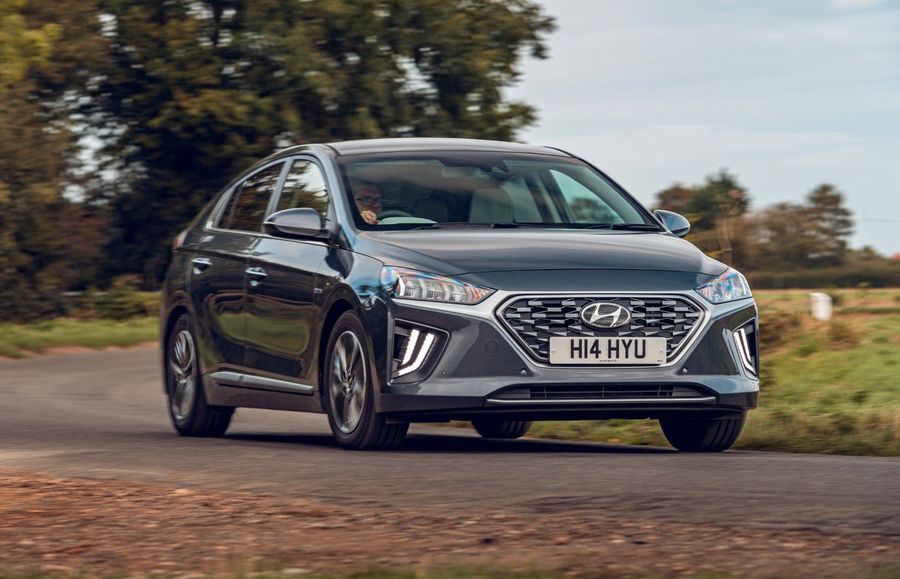 The hybrid and plug-in hybrid versions of the Ioniq both provide the same 141 horsepower and 265 Nm of torque, so it’s no surprise that performance is all but identical. While neither is especially quick outright, the electric motor means that the car moves away briskly from a standstill, which helps in urban driving. Acceleration isn’t as lively at higher speeds, but it’s acceptable for a family car and the standard automatic transmission is pretty smooth. 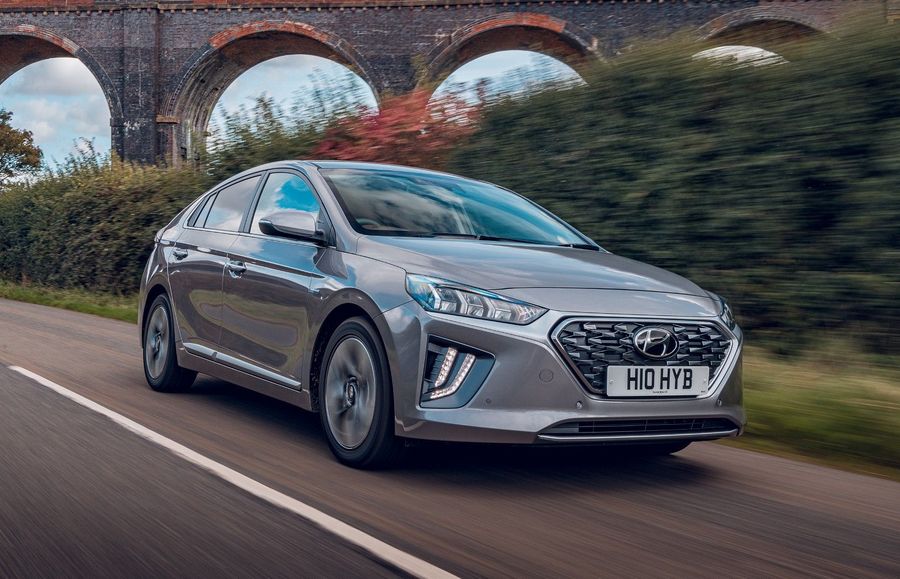