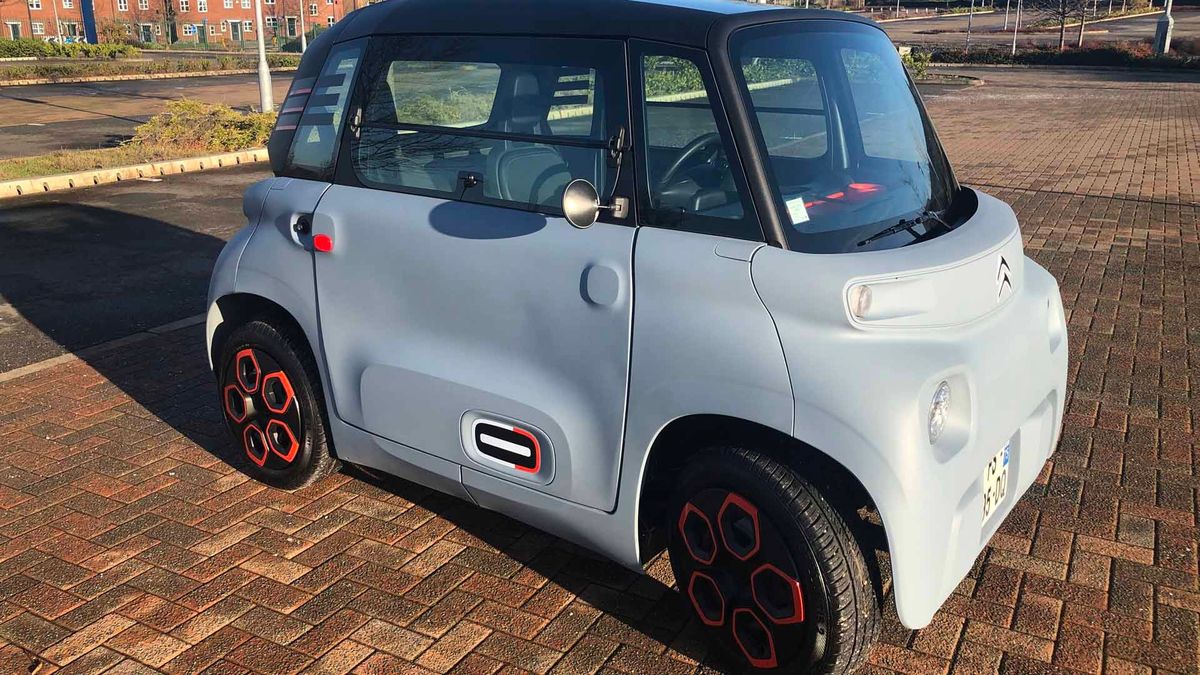 First published: 10th December 2020
Share on Facebook on Twitter
Is this what we will all be driving in five years? More interestingly, is this what our teenagers will be taking themselves to school in? Meet the Citroën Ami, a dinky little electric car with a top speed of 28mph and 15 horsepower from its little motor. Crucially, it’s classed as a quadricycle, not a car, which means that in France teenagers as young as 14 can get behind the wheel, with no driving licence required on public roads. If that sounds scary, bear in mind the thoughts of Citroën CEO, who asked at the Ami’s launch how parents would rather their children travelled to school — on a bike on public roads, with zero protection, or in this little two-seater?

Currently, and sadly, the Ami is only available in left-hand drive and isn’t on sale in the UK, but Citroën is taking expressions of interest on its website and may revise its opinion — when we drove it at the beginning of December it already had over 1,000 registered queries.

The Ami costs 6,000 euros and is designed to be as cheap to manufacture as possible. It is symmetrical, which lends itself to some quirky styling — on the right-hand side, the door opens in the normal direction, whereas on the left-hand side, it opens rearwards, because it's the same module. The front and rear sections are also interchangeable. View gallery
We took it for a (slow) spin round Coventry, Citroën's home in the UK. It’s surprisingly spacious inside — the rudimentary seats sit by the rear axle so there's loads of room in front for long legs and shopping bags, and even a hook on the passenger side for handbags or takeaway bag handles to dangle from. The cabin is punctuated by flashes of the red that adorns the exterior, too, so you get bright orange/red trays and grippy surfaces for storing little objects on the dash, and bright red fabric pulls instead of door handles inside. Even the large cargo nets inside the doors are trimmed in red,

There’s a little digital display behind the steering wheel to show speed and how many miles are left on the charge. The automatic transmission buttons are down between the seat and door, and there’s even a USB port — important for a target market that could be mostly under 18 years old. We trundled around, the motor whirring, plenty of light and visibility from the upright body shape. It’s a doddle to park because there’s no bodywork behind you. Yes it’s loud and a bit draughty but hey, it’s also half the price of the cheapest car out there. We rather liked it. 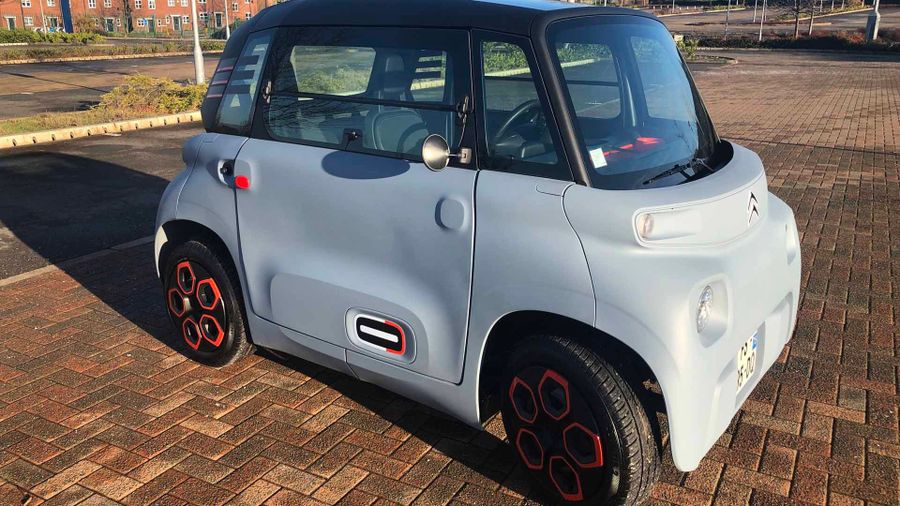