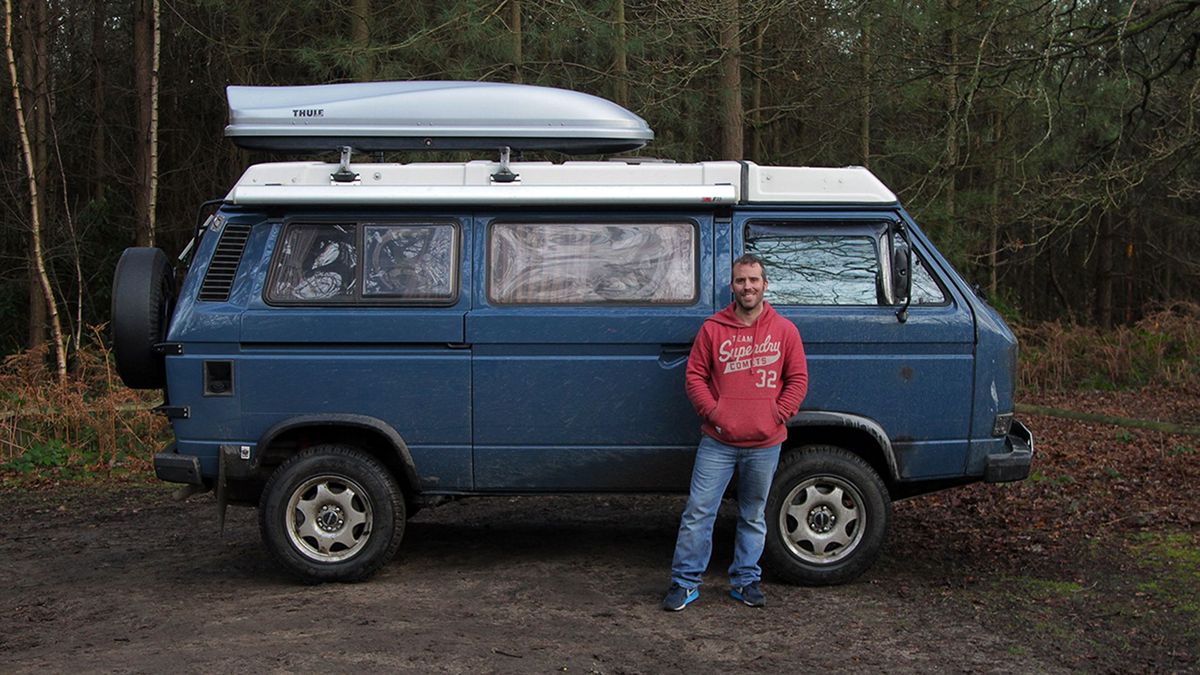 Last updated: 10th October 2018
Share on Facebook on Twitter
Who doesn't love a road trip? Whether it's one of your first adventures after passing your driving test, a jaunt with friends at university, or you never quite get it out your system. For many, it's a rite of passage.

And of all the vehicles to do it in, the Volkswagen Camper is at the top of a lot of people's lists, including for Lloyd Tulloch. Lloyd is an engineer, father and a serial Camper buyer, restorer and seller. But he assures Auto Trader this latest project, a rare T3 Syncro, may be sticking around for some time…

“It was a bit of a dogger when I bought it,” Lloyd tells us. “It did move under its own steam, but the turbo had gone, so it drove like there was a smokescreen behind me. A lot of the bodywork was bare metal, too.” Yet, after obtaining the M Codes (the van’s official birth certificate) from Volkswagen, Lloyd knew this T3 would be worth the effort.

They revealed that only 2000 units of the 16-inch wheel, four-wheel drive T3 Syncro had ever been built, and fewer than ten were now known among collectors to carry the original Westfalia badging.

Westfalia, named after Westfalia-Werke, is the camper-converting company. It has been setting the global standards for excellence ever since it turned its hands to the original Volkswagen Camper in 1951. This T3 ‘Weekender’ edition features a pop top, two double beds, a kitchen pod with fridge and hob, plus fitted cabinets and wardrobes made from high-quality Vohringer ply. The mission statement ‘do it well, do it once’ clearly applies for Westfalia, as this interior is holding up impeccably after 30 years of holidays.

Lloyd is unfazed by the fact that this particular T3 was only ever available in left-hand drive, as the boxy proportions, raised driving position and excellent visibility make it a doddle to drive. It’s also amazing to witness first hand just how tough a T3 Syncro is, as Lloyd attacks thick mud and ruts, and wades through icy waters that would trouble most modern 4x4s. “I talk to it as a person rather than a piece of metal,” he says, “but I refuse to name it.”

You can see how a vehicle like this can help bring families closer together, too. His daughter Maia is in the passenger seat laughing, while he’s hunched forward over the wheel as if he doesn’t want this T3 to ever leave him. And why would you, when every weekend, you can create a new, simpler world to step into. 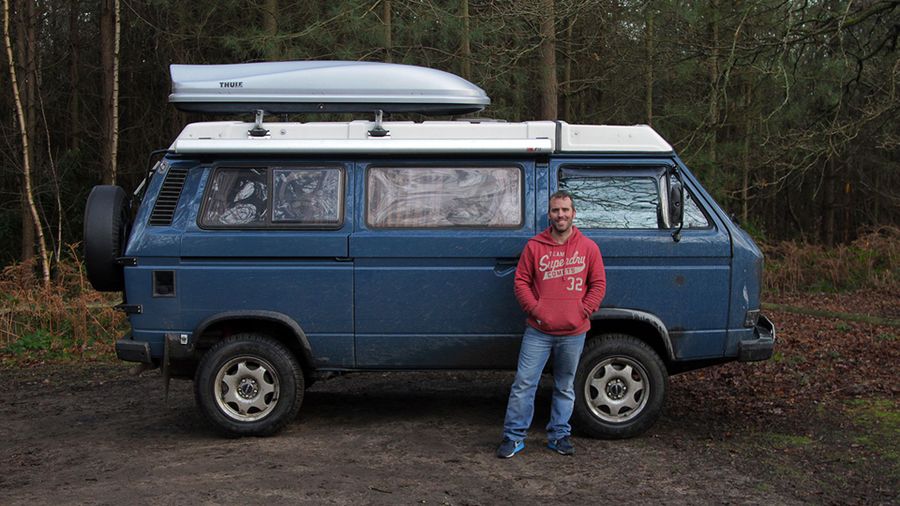