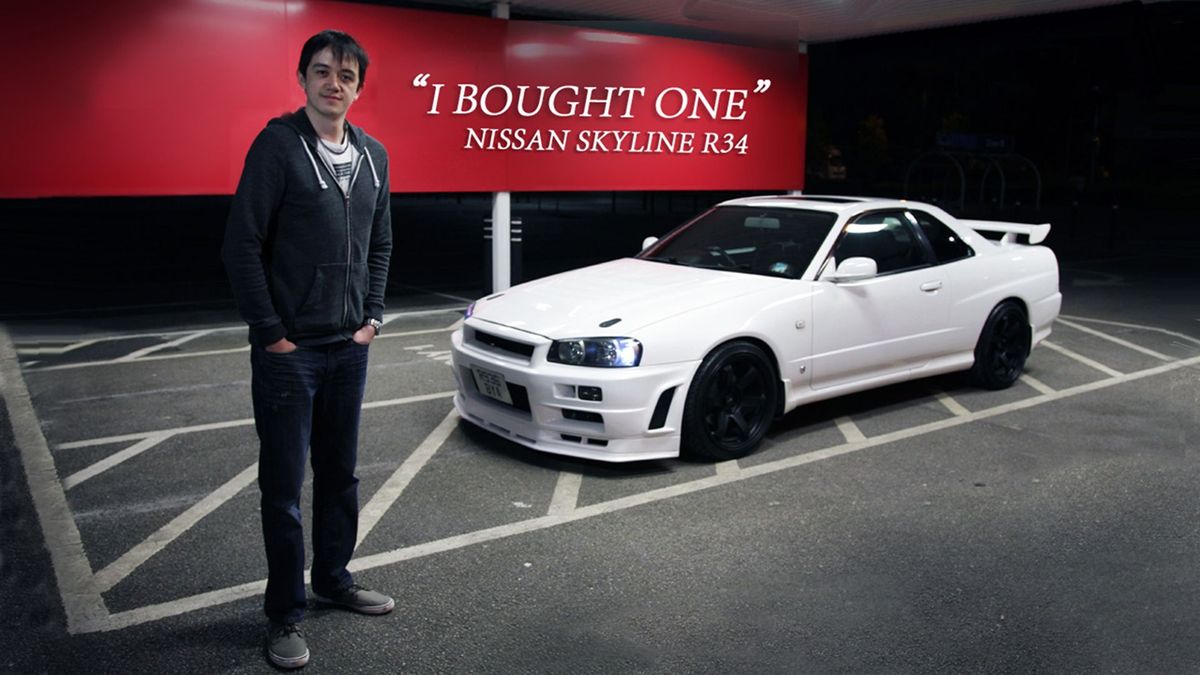 First published: 5th September 2014
Share on Facebook on Twitter
In the early 1990s, the Nissan Skyline was a complete stranger in the UK. It may have dominated Japanese and Australian touring car championships, but it wasn’t until the car’s starring role in Gran Turismo, as well as Fast & Furious, that the lid on Japan’s seductive street car culture was truly lifted.

Just 98 official ‘V-Spec’ versions of the R34 Skyline were imported into the UK, featuring an upgraded Connolly leather interior, plus advanced technologies like Nissan’s radical ATTESA all-wheel drive system and four-wheel steering. It offered performance to challenge the established supercar rivals from Porsche and Ferrari, yet remained a totally usable daily driver. Unfortunately, such limited numbers and the car’s assured cult status have meant used values have started to soar as quickly as the car sprints from 0-62mph.

This didn't stop Tim Wheeldon buying his dream Skyline, although his R34 isn’t exactly what it seems. The square number plates and kilometre-spec gauges help reveal that this is in fact a non-official Japanese import, starting life as a rear-wheel drive, non-turbocharged 2.0-litre straight-six, as denoted by the blue badges on the front wings.

However, the Skyline’s famed suitability for tuning meant that this was a brilliant blank canvas for Tim, himself a keen modifier. Since he has owned the car, he has replaced almost every nut and bolt to create his dream-spec Skyline. It now features upgraded wheels, tyres and brakes, as well as a donor engine from the previous R33 Skyline, using that car’s legendary twin-turbocharged RB26 straight-six, complete with five-speed manual gearbox. Whereas the standard V-spec R34 Skyline produced a highly conservative 276bhp, Tim reckons his R33/R34 crossbreed now develops nearly 400bhp, thanks to the assistance of two dustbin-sized turbos.

Tim’s enthusiasm and commitment to the Nissan Skyline deserve our admiration, as well as highlighting the fact that creating your own dream Skyline doesn’t have to remain a pipedream. His example may never be a trailer-trophied original, but you can guarantee it has family heirloom status and will be enjoyed in the way its makers intended. 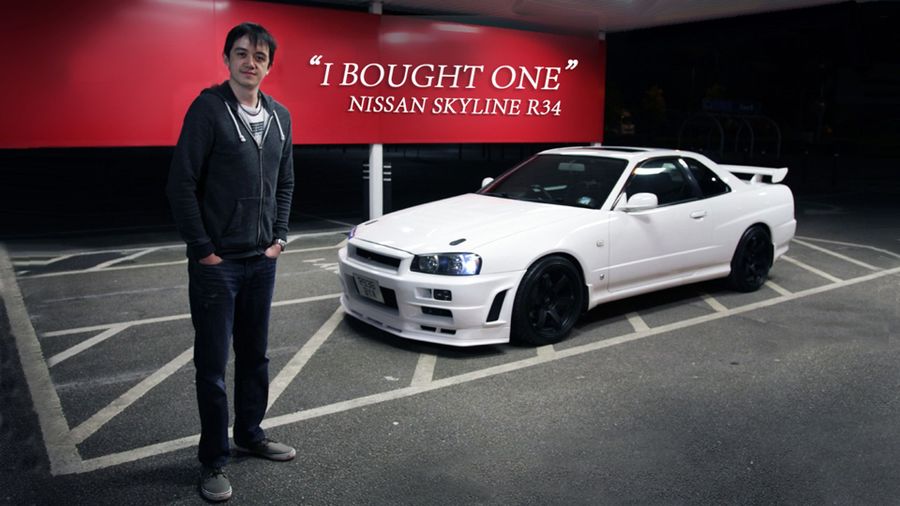