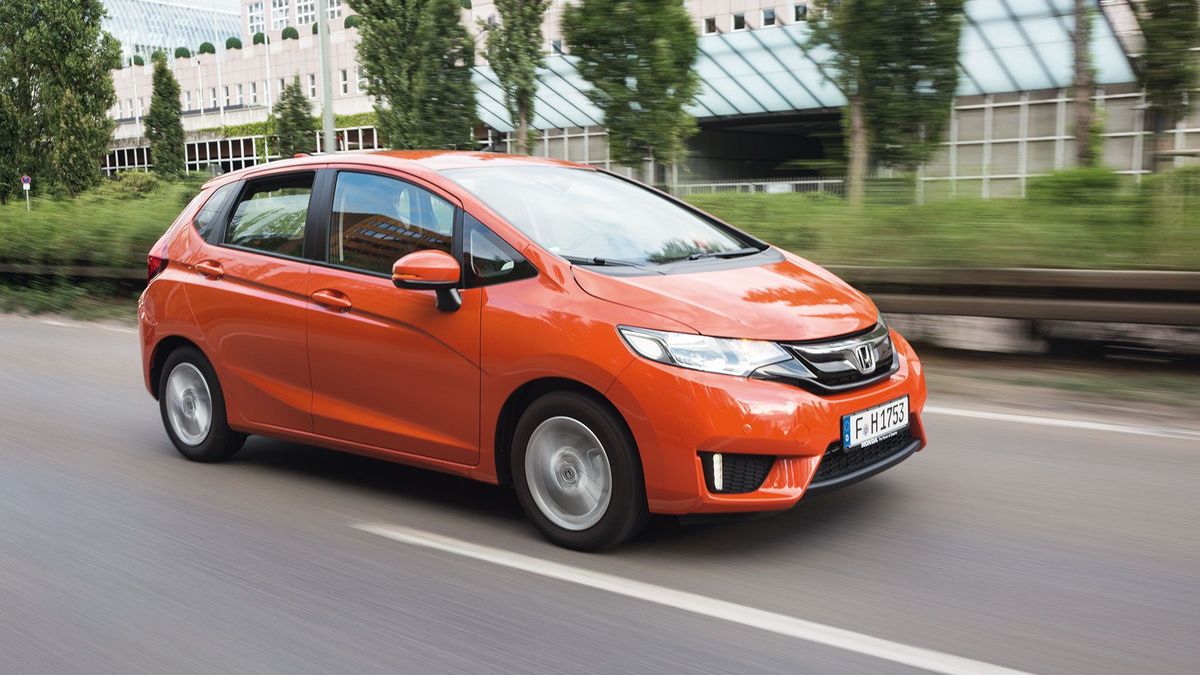 First published: 22nd July 2015
Share on Facebook on Twitter
Auto Trader Verdict:
Like with the current version, the latest Jazz truly excels on practicality and versatility, and it’s also competitively priced and well equipped. What’s more, it should prove to be one of the most reliable cars it’s possible to own. It’s not the last word in dynamic flair, quality or ergonomics, but if those aren’t your priorities, give the Jazz some serious consideration. 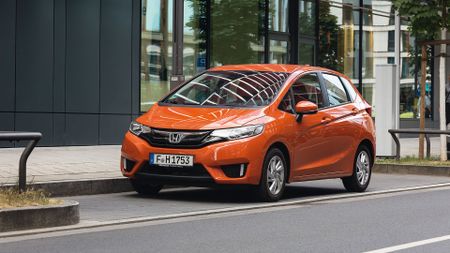 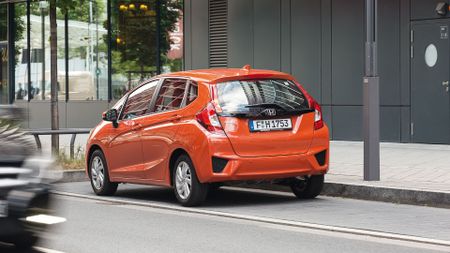 View gallery
What is it?
A new version of Honda’s MPV-esque supermini, and that makes it the most important of any of the numerous models Honda will release this year. It’s the firm’s most popular model and, on its own, accounts for about 40% of Honda’s UK sales.

The Jazz’s popularity, and staunchly loyal following, mean that Honda has resisted the temptation to rip up the form book and start again. The new car aims to build on the strengths of the previous Jazz, meaning this is very much a case of evolution rather than revolution. That’s evident in the styling, which features the same high-sided, boxy proportions as before, albeit with some smarter details and a new nose that’s reminiscent of Honda’s other models. 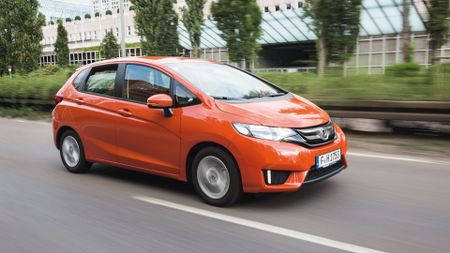 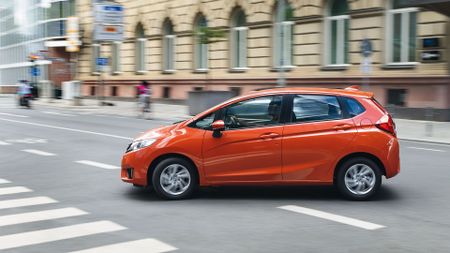 View gallery
What is it like?
As promised by Honda, very similar to before, but a little better. One of the Jazz’s biggest selling points has always been its practicality, and the new car does that job better than ever. With an extended wheelbase and more interior space in almost every department, the Jazz has unbelievably generous room for such a small car. Even the rear seats have the sort of headroom and legroom that’ll shame most luxury saloons, and it’s even pretty comfortable for three in the back. That’s due to a low, flat transmission tunnel that you can comfortably rest your feet on. The boot, too, is vast for a supermini, but the car’s cargo-carrying capability gets a whole lot better once you start playing around with the seats.

The bases of the rear seats flip up to let you carry very tall items. The rear seats fold down virtually flat to give a massive extended load area, and you can also fold down the front passenger seat to transport particularly long loads. This combination of incredible space and fiendishly clever packaging makes the Jazz by far and away the most practical car of its type. 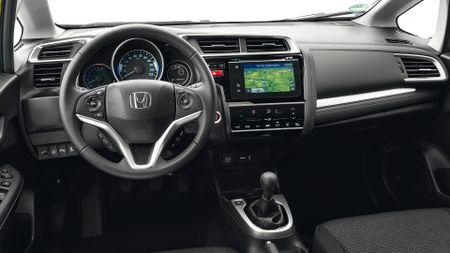 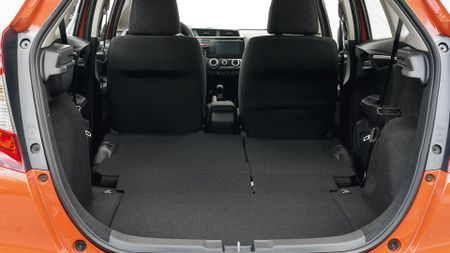 View gallery
The new touch-screen system, that comes as standard on mid-spec SE trim and above, isn’t ideal, either, because it’s a little cluttered and complicated to use. If you can get used to how it works, though, you’ll gain access to the internet and a whole bunch of online apps. What’s more, you get the high seating position and clear visibility that Jazz buyers love,

Granted, the Jazz is no great shakes once you hit the road. There’s one engine available, a naturally-aspirated 1.3-litre petrol with 101bhp, and most of its grunt sits towards the top of the rev range. That means, it’s nowhere near as flexible as rivals with small turbocharged engines, and because you have to work it so hard to make half-decent progress, life gets rather noisy for too much of the time. 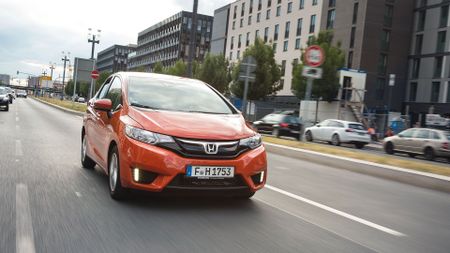 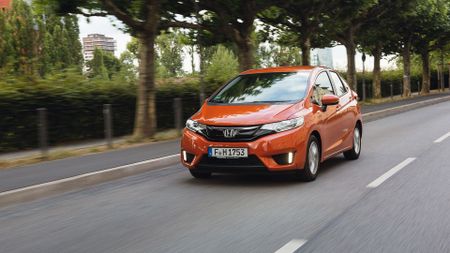 View gallery
The snappy gearshift and slick pedals makes life a little easier, but the same can’t be said of the steering. It’s rather heavy at low speeds, and when you’re going faster, there’s an initial hesitancy around the straight ahead, followed by an all-at-once reaction to your steering input, which is rather unsettling.

The Jazz’s so-so handling – a symptom of pronounced body lean and limited grip – isn’t that much of an issue, because a comfy ride is far more important in a car like this. However, while the suspension did okay in dealing with the super-smooth roads of the Frankfurt suburbs, we’d like to try it on some lumpier British roads before promising that it’s going to keep you comfortable. 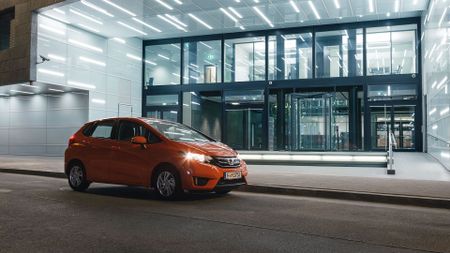 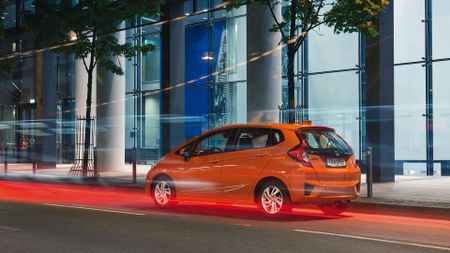 View gallery
Should I get one?
If you need a supermini-sized car that’s as practical as possible, then you should definitely consider it. If you want a car that’s well equipped and reasonably priced compared with its rivals, then that’s all the more reason to give it a look. But, make sure you test drive it first to make sure you can live with all the dynamic shortcomings we’ve mentioned.

If you do bite the bullet, running costs will only be so-so; the official fuel economy and CO2 figures are reasonable, but some rivals cars do a lot better if that’s your priority. However, if reliability is your priority, then we suspect there’ll be little to touch the Jazz. The current car has been on - or near - the top of a number of reliability surveys for a number of years, and if the latest car replicates that performance, it’ll be a massive draw for a lot of buyers. 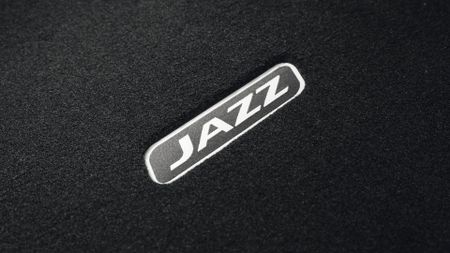 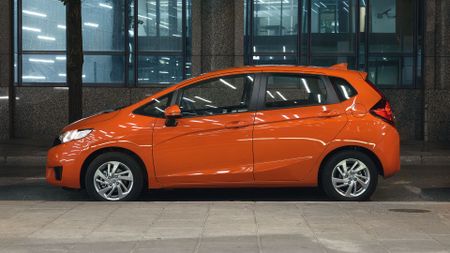 View gallery
Key facts:
Also consider:
Kia Venga
Another MPV-style supermini, but not as clever as the Jazz

Nissan Note
Spacious, and some clever touches to make it more practical 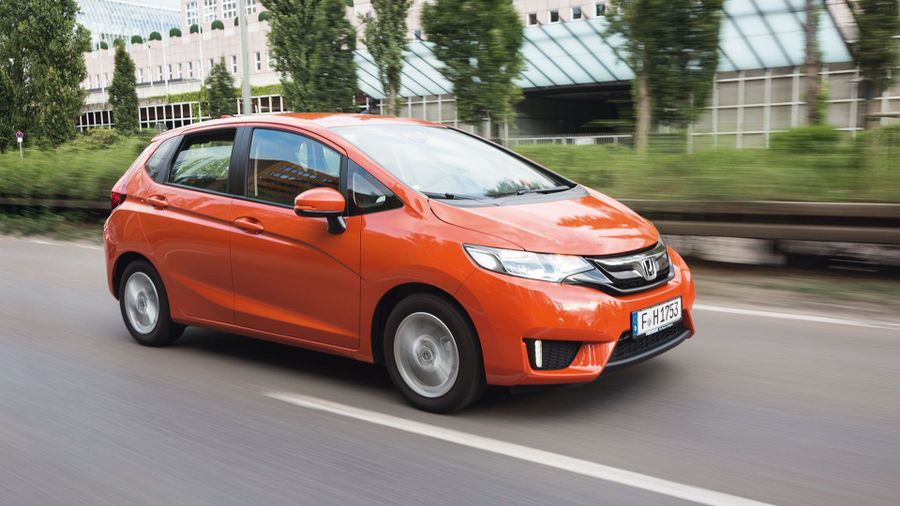