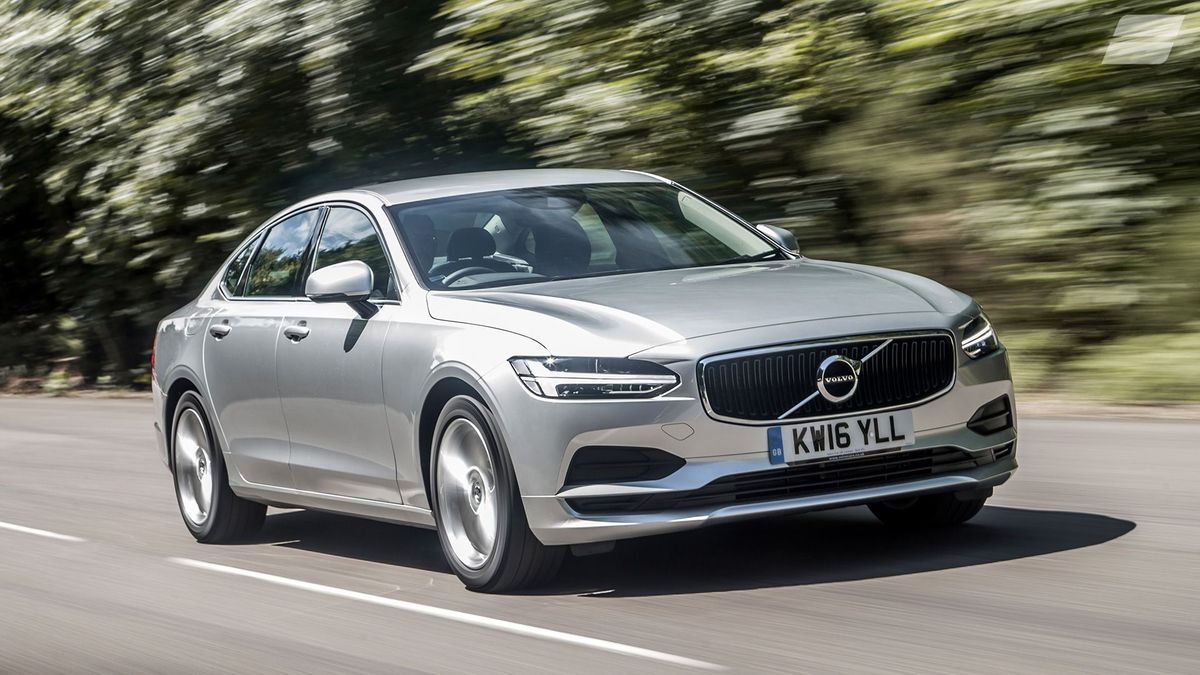 First published: 8th July 2016
Share on Facebook on Twitter
Auto Trader verdict:
The S90 follows the example of the V90 and XC90 by giving buyers something very different from the competition. With its emphasis on comfort, refinement and smoothness – not to mention its elegant good looks – it’s ploughing a unique furrow in the face of sportier rivals. However, that’s no bad thing, and as far as we’re concerned, it’s an excellent executive car.
Need to know:
What is it?
This is Volvo’s return to the executive saloon market and, after the V90 we drove last month, further proof that there’s more to Volvo than big SUVs. Mind you, as the name implies, the new S90 owes an awful lot to Volvo’s massive SUV, the XC90.

That includes its basic platform and much of its technology, meaning the S90 shares pretty much the same cabin and nose as the XC90, as well as bringing some class-leading safety features. These include the City Safety system (with fully autonomous braking), Driver Alert Control, Adaptive Cruise Control and Pilot Assist, a semi-autonomous driving system that takes care of the steering, accelerator and brakes at up to 80 mph on the motorway.

The range consists of two very well-equipped trim levels, both of which are available with a choice of two diesel engines and – in due course – a petrol/electric hybrid, but for our first drive in the UK, we are trying what will be the cheapest way into an S90, the D4-engined model in Momentum trim. 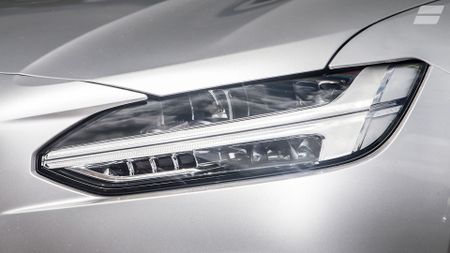 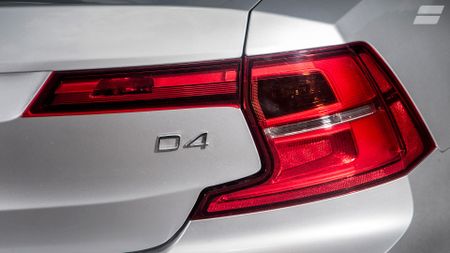 View gallery
What's it like?
Probably the first word that will come to anyone’s mind when they see an S90 for the first time is ‘smart’. Even the entry-level car we’re driving comes with LED headlights that incorporate what Volvo delightfully refers to as the ‘Thor’s Hammer’ motif, while the body has a simple, elegant shape that bears comparison with any executive saloon you care to mention – even without the extra chrome trim that comes with the higher Inscription trim.

Inside, too, the S90 is a very smart car, and more than a match for any of its predominantly German rivals in terms of quality or style. The cabin is pretty much a carbon copy of the XC90’s, with a dashboard dominated by 9.0-inch touch-screen that, in combination with the wheel-mounted controls, takes care of pretty much all the car’s infotainment systems.

There’s no complaining about the comfort, either, and you’ll have to be a pretty odd shape not to be able to get settled behind the wheel, given how much adjustment there is in the seat and wheel, and how supportive the seats themselves are.

In the back, too, there’s more than enough room for a couple of six-footers to sit in total comfort. However, the S90 isn’t quite so effective as a five-seater, as the centre seat is narrower and set higher than the outer two, while the large transmission tunnel in the floors seriously restricts the available footspace. 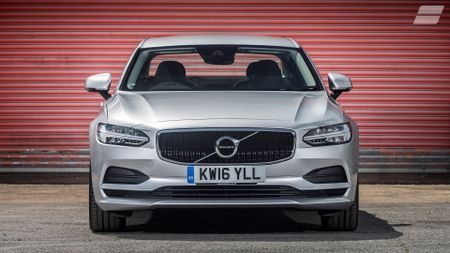 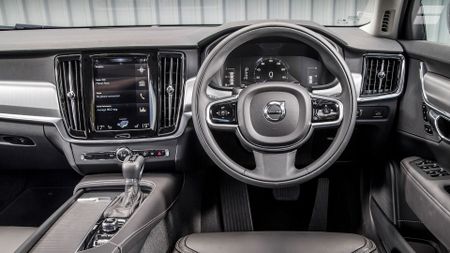 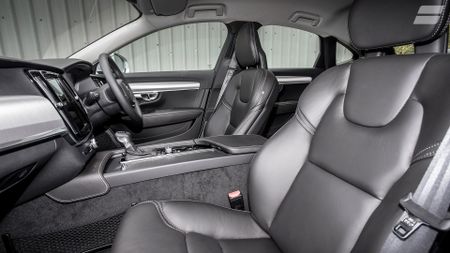 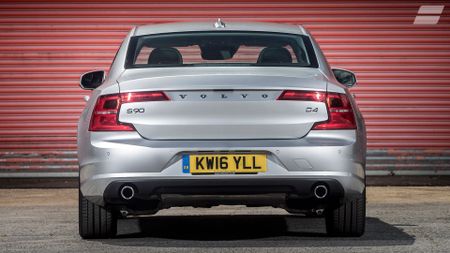 View gallery
Just as in the V90, the room for luggage is competitive rather than class-leading, but what the Volvo loses in ultimate capacity, it makes up for with everyday usability. The opening into the boot is nice and wide, the lip isn’t too high, and the tailgate is electrically operated on all models.

This emphasis on comfort and everyday ease-of-use is also evident in how the car drives. The S90’s aim is to whisk everyone inside from A to B – no matter how far apart they may be – in complete comfort and with the minimum of fuss. And, it’s something the car does very well, with easily accessible performance from the 2.0-litre turbodiesel engine, generally smooth changes from the automatic gearbox and fabulous refinement at motorway speeds.

The ride, too, is generally very comfortable, with the only the sharpest of ridges felt in the cabin. For the most part, the S90’s suspension keeps you at a comfortable distance away from the vagaries of the Great British road surface.

Admittedly, that does mean that, if you’re the sort of executive who wants a more involving and sporty drive, the S90 will leave you a bit cold. The steering has very little feedback, and the front wheels don’t turn into bends with kind of keenness you’d get in, for example, a BMW 5 Series or Jaguar XF.

However, the S90 still handles well, with a sure-footed feel and huge reserves of grip that inspire great confidence in the driver. Ultimately, this is a car that people will enjoy driving, but it’s not the kind of enjoyment that comes from the seat of your pants or the tips of your fingers. The enjoyment instead be felt because you’ve been able to get out of the car at the end of a long drive, completely relaxed and ready to do business.

For many people, that will be the best possible recommendation for any executive car.
Should I get one?
Well, put it this way: any executive car-buyer should certainly consider buying one. Granted, the S90 won’t appeal to everyone, but for anyone with a penchant for comfort, refinement and a smooth drive – not to mention good-value prices and class-leading safety features – it could be just what the doctor ordered.
Key facts:
Also consider:
BMW 5 Series
Choose the right version of the 5 Series, and the right optional extras, and it’s the finest car in the executive class

Mercedes E-Class
The new E-Class is really impressive, combining comfort, quality, luxury and practicality. However, you need some performance-enhancing optional equipment for it to really be as good as it can be.

Audi A6
The A6 is an excellent executive car; supremely refined, very spacious and available with some really economical engines that make it very appealing to company car drivers. 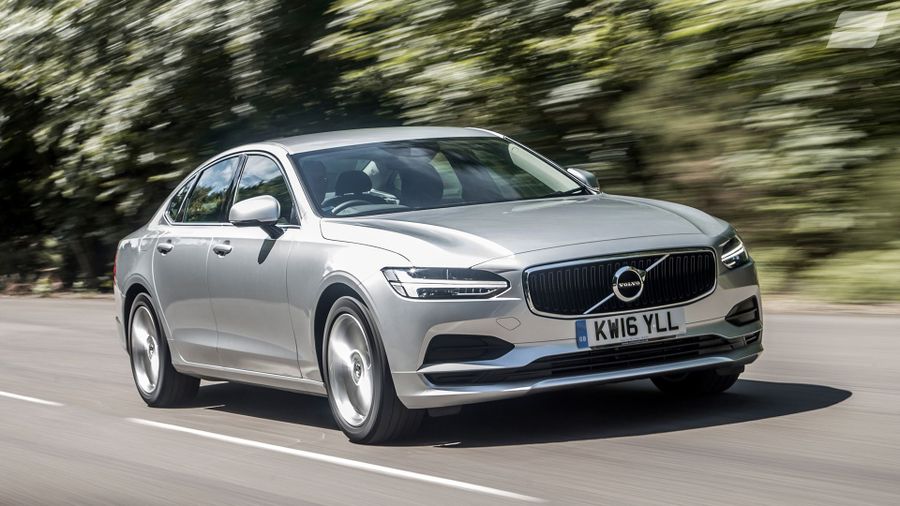