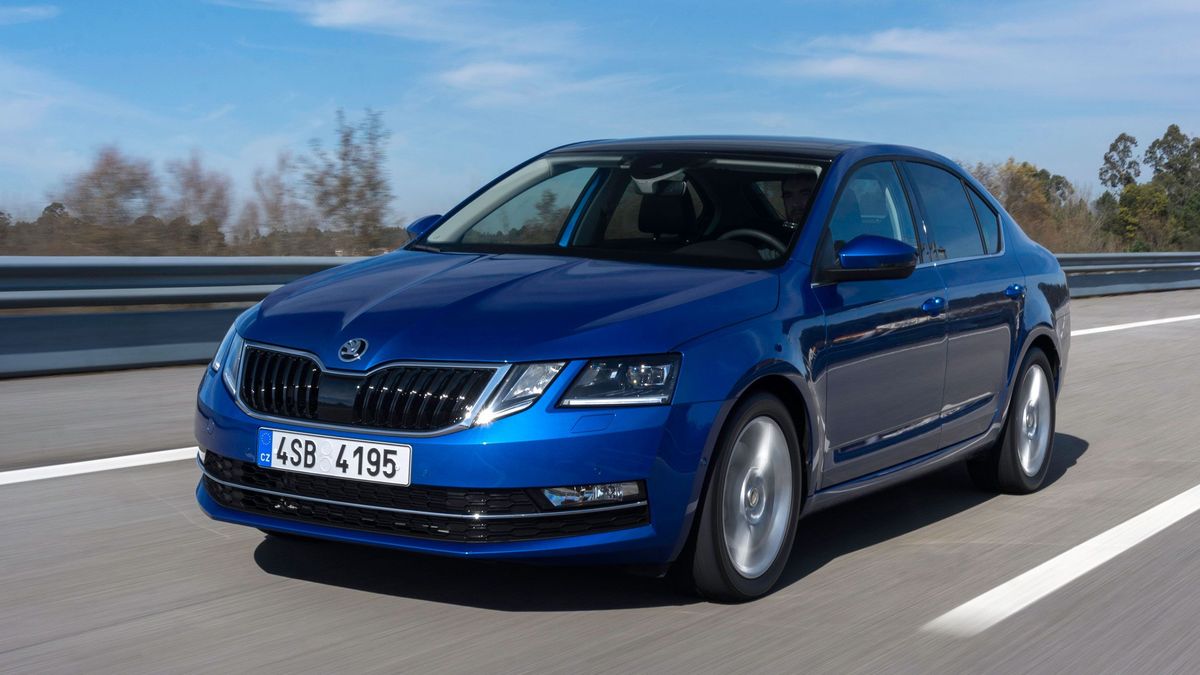 First published: 14th February 2017
Share on Facebook on Twitter
The Auto Trader verdict:
The facelifted Skoda Octavia hasn’t really changed under the surface, which means it’s still one of the most practical and best value-for-money cars in its segment. The styling changes will divide opinion, and we’re not convinced the revised infotainment system is as easy to use as the technology it replaces, but it adds some clever functionality. Overall, this remains an excellent car that stacks up very well against the competition.
Need to know:
What is it?
The Octavia is Skoda’s best-selling car by some margin, and the 2017 version sees the first major refresh of a model that was first introduced in 2013. It’s available as a hatchback or estate, and is marketed as a practical, value-for-money option without compromising on interior quality or driving prowess. Two petrol and two diesel engines are available, with either manual or dual-clutch transmissions.

The obvious change to the new Octavia is at the front, with a wider grille and split headlights. Whether or not you think the new face is an improvement, there are some clever touches to the new lights, such as the LED daytime running lamps that change from bright white to orange when indicating. SE L models and above get full LED headlights to match.

As well as a visual tweak, Skoda has added some new safety systems to the Octavia. Front Assist (included from SE Technology models upwards) checks for pedestrians walking into the road, and a City Emergency Braking function will automatically intervene if you’re about to crash into the back of another car. Blind Spot Detect monitors potential vehicles in your blind spot, and Rear Traffic Alert watches for approaching vehicles when you’re reversing out of a parking space or driveway. Manoeuvre Assist will brake automatically if you’re about to reverse into something. 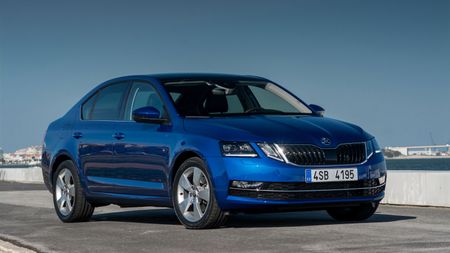 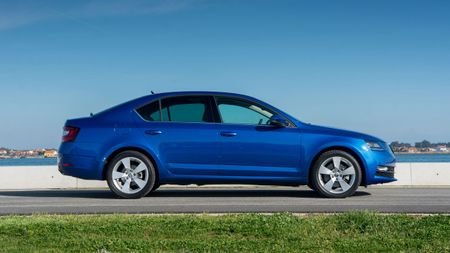 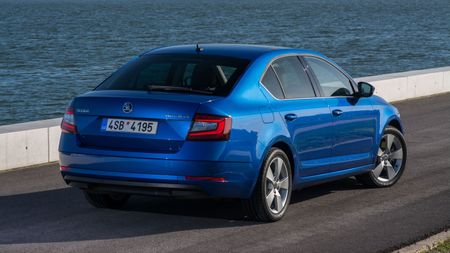 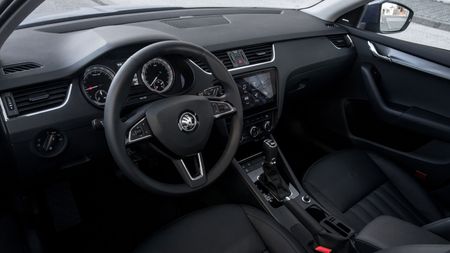 View gallery
What's it like?
Inside, the major upgrade is to the infotainment systems. Gone are the multiple buttons and dials around the screen, and instead, there’s an 8- or 9.2-inch touch-screen surrounded by a touch-sensitive black panel. The new system certainly looks fresh and sleek, but it’s not as easy to use as the one it replaces, especially on the move. If you want to zoom in or out on the navigation map – an action formerly carried out by a simple spin of a dial – you now have to pinch or swipe the screen as you would on a smartphone. Switching between media and nav, for example, can no longer be done by pressing a single button. Instead, you have to prod through different menus. It feels like a step backwards.

However, the new systems do have some new and clever features, including online apps that will update traffic for the sat-nav, and help you find parking spaces. The Care Connect feature is standard on all cars and includes an SOS function to send assistance in case of emergency.

Infotainment aside, the cabin is a well thought-out and comfortable environment, with good quality materials that feel solidly bolted together. The driving position is excellent and the steering wheel adjusts to suit most drivers. Skoda prides itself on practicality, and so the rear seat space is very generous, as is boot space, with 590 litres in the hatchback and 610 litres in the estate. Numerous clever little features are dotted around the car, from a cup holder that helps you open a bottle with one hand, to a magnetic light in the boot that detaches in case it’s needed.

The facelifted Octavia is mechanically unchanged, save for a 20mm wider track at the rear (30mm in the estate). On the move, it balances comfort and agility well, easily taking the edge off uneven surfaces and potholes while keeping composed through tight corners, with minimal body roll. The front end reacts well to inputs, the steering is nicely weighted, and it’s enjoyable to thread through twisty roads. However, all the test cars we tried were fitted with the optional Dynamic Chassis Control that adjusts the suspension behaviour for different modes, from Eco to Sport, so we’ve yet to try the standard set-up.

The 1.6-litre diesel engine is more than sufficient for everyday driving, but don’t expect much pep to proceedings. There’s enough grunt low in the rev range to be able to cruise without the need to continually shift the five-speed manual gearbox. The 2.0-litre diesel unit, which ups the output to 148bhp and 251lb ft, will give faster acceleration and also adds a sixth gear for slightly more refined cruising. The smaller engine should be plenty for the majority of people, and will get better fuel economy, with official figures of 70.6mpg versus 65.7mpg.

Also worth considering is the turbocharged, three-cylinder, 1.0-litre petrol engine. Don’t be fooled by its small size; with 113bhp it’s a fizzy little unit that will surprise plenty of people with its performance, and pulls strongly while returning an official fuel economy figure of 58.8mpg. A 1.4-litre turbocharged petrol engine with 148bhp, which we’ve yet to try, will also be available. 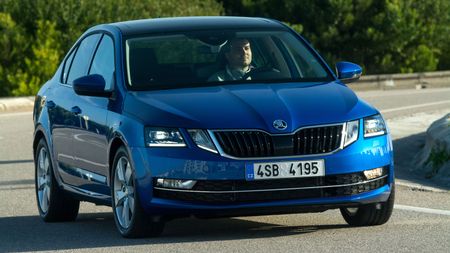 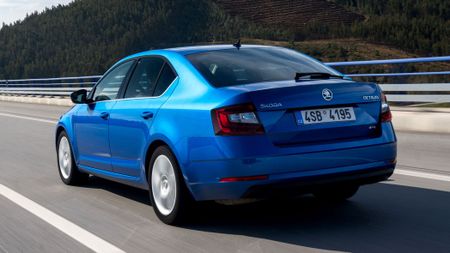 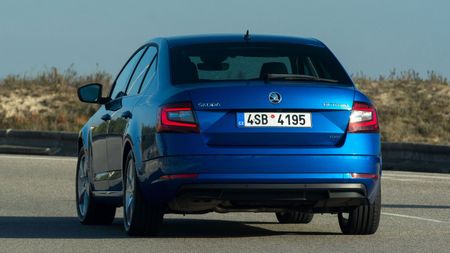 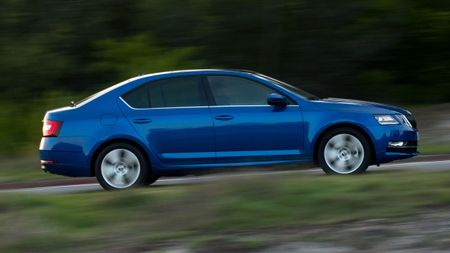 View gallery
Should I buy one?
Even with the slightly frustrating new infotainment system, the Octavia is a really strong all-rounder. It blends excellent practicality with a varied range of powertrain and trim options that should suit a wide range of needs, all at very reasonable prices. It’s a car you buy with your head rather than your heart, but it’s very hard to ignore the brilliant package Skoda has put together, and anyone looking at mid-sized cars should consider it. 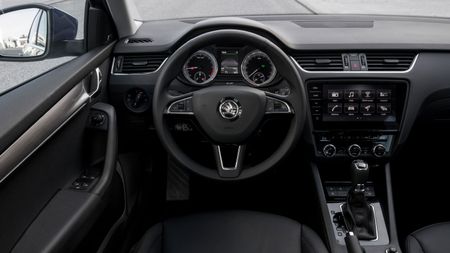 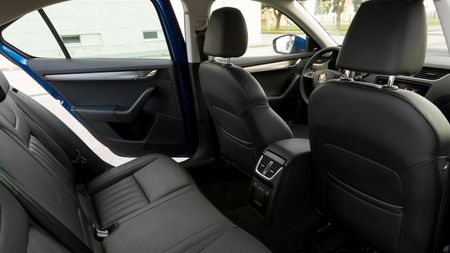 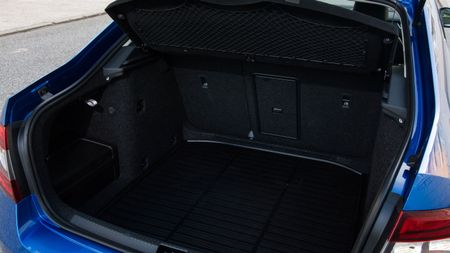 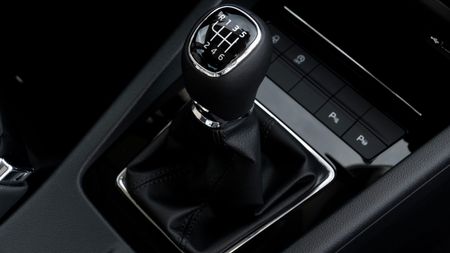 Honda Civic
Dynamically superior and cheaper to buy, but the interior is disappointing.

Ford Focus
Great to drive, but lacks the Octavia’s space and quality of interior. 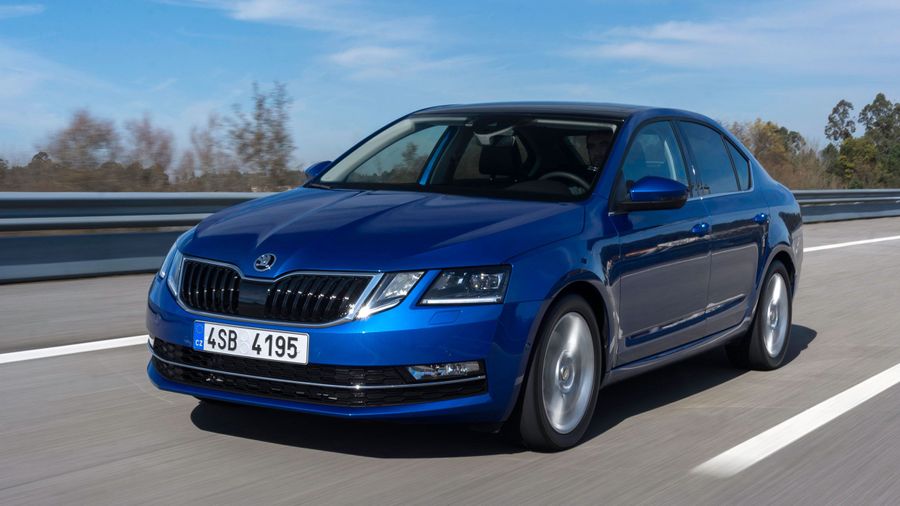