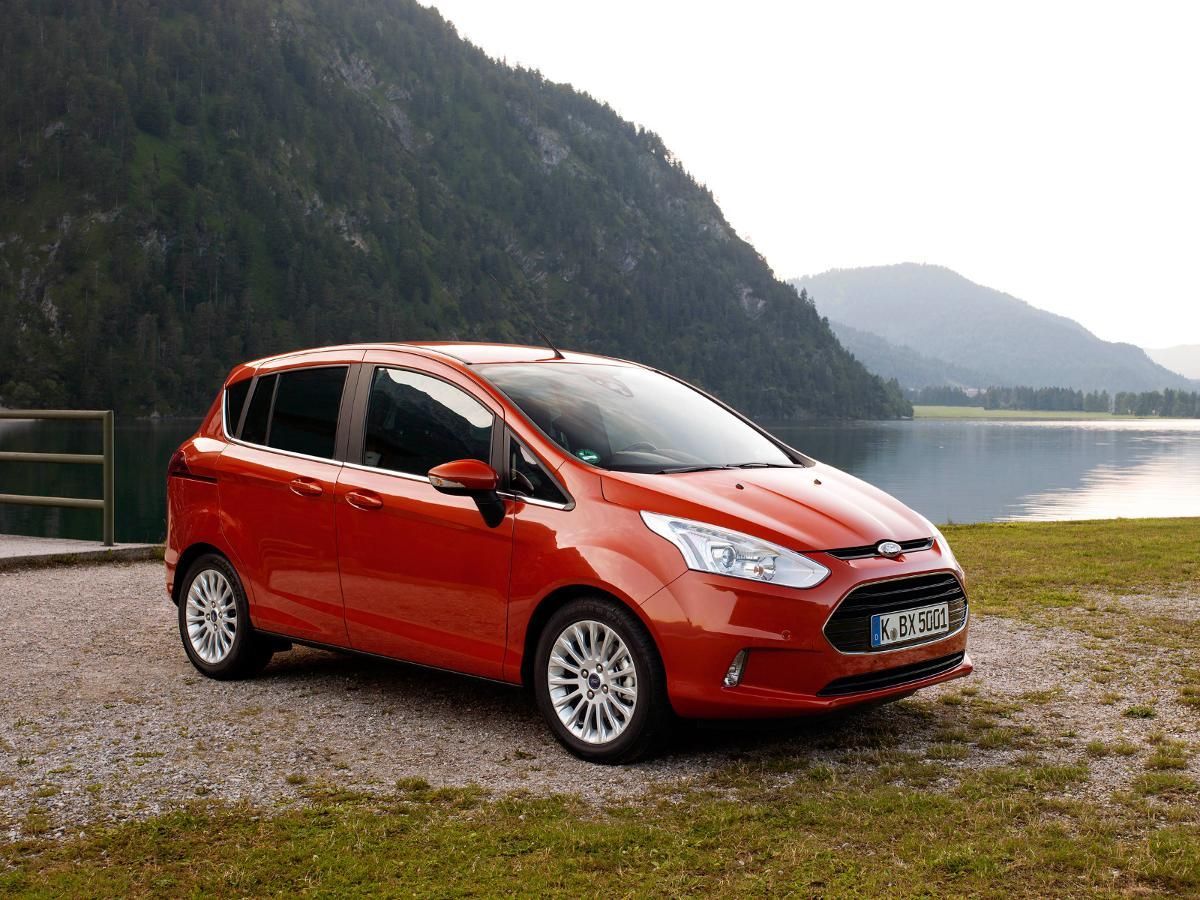 The Ford B-Max is a very clever take on the small MPV. It’s built on the same platform as a Ford Fiesta, but it’s a bit longer, taller and packs a very innovative pair of rear doors that makes entry easier. It’s good to drive, too, but the boot could be bigger and most versions are a little pricey.

Anyone trying to make a supermini-sized vehicle with a pair of sliding doors look stylish, need only refer to the Peugeot 1007 to know that it’s a tough gig. However, the smart design of other Ford models – trapezoidal front grille, kinked window and zig-zag character line – have translated well here, managing to offer those large rear doors a bit of sculpture. It doesn’t have the retro appeal of a Fiat 500L or the brash detailing of a Citroen C3 Picasso, but it’s a neat, contemporary design. If you want spangly alloy wheels, though, you’ll have to avoid the entry-level Studio trim.

Ford is really stressing the quality of materials used in the construction of this cabin and on higher spec versions at least, it certainly feels more Focus than Fiesta. The dashboard is a single piece of soft-touch moulded plastic, preventing any unnecessary joins, and the seatbelts have been integrated into the chairs to further minimise clutter. You can also spec a glass roof (optional on Titanium models only) to make it feel even classier. True, lower-spec versions don’t feel quite as posh because they don’t have the Sony stereo – the gloss black finish of which gives the cabin a real lift – and the complex menus of the infotainment system you do get take some getting used to. That said, all versions have a cracking driving position with lots of adjustment.

Here comes the big talking point. The engineers at Ford have managed to forgo a central door pillar by integrating the car’s structural rigidity into the conventional front doors and sliding rear doors. The result is a frankly huge aperture of 1.5m when both the front and rear doors are open, bettering the cabin access of the Vauxhall Meriva with its rear-hinged doors. Parking up in a multi-storey and getting your young ’uns out of their child seats will never be easier. There’s enough space inside for four adults to sit in total comfort but, at 318 litres, the boot is quite small for a mini-MPV and the B-Max doesn’t have the sliding rear seats that most rivals do to extend the boot space. The rear seats do fold almost flat, though, and the boot floor is adjustable, which helps level out the load lip.

Impressively, the repositioning of that B-pillar has not created any obvious deficiencies in structural rigidity and the B-Max drives as confidently as any other Ford product. The steering is speed dependent and always accurate, and although the suspension is slightly softer than the Fiesta’s, it doesn’t feel wallowy in the corners. The ride is reasonably comfortable in most situations, but it doesn’t smother lumps and bumps as well as some rivals do. It does, however, feel grown-up and relaxed, with good suppression of exterior noises.

The petrol range kicks off with an 89bhp 1.4, which needs working pretty hard to shift the B-Max’s bulk. We haven’t tried the 99bhp version of the 1.0-litre three-cylinder turbo, but the 123bhp version pulls reasonably strongly, even if the power delivery is a little stuttering. There’s also a 103bhp 1.6 that’s only available with a semi-automatic gearbox, but we haven’t yet tried that, either. The diesels available are a 74bhp 1.5 and a 94bhp 1.6 and, while we’re yet to try the 1.5, the 1.6 pulls strongly and smoothly. Bear in mind, though, that because most versions come with a five-speed manual gearbox rather than a six-speeder, most of the engines make themselves heard too much on the motorway. The 1.0-litre petrols also send rather too many vibrations through to the cabin.

The starting prices for the B-Max look quite tempting, but the versions you’ll actually want look rather expensive. That said, Ford dealers are always prepared to slice a big chunk from the price, so the figure you actually pay will tumble significantly. A good job, because resale values aren’t the best. Neither the naturally aspirated petrol engines can crack 50mpg according to official figures, but the Ecoboosts both better 55mpg and the diesel will achieve around 70mpg.

The B-Max borrows some proven mechanicals from the Fiesta, which has an impressive score in Warranty Direct’s Reliability Index. Ford also nestles comfortably in the top 10 of Warranty Direct’s manufacturer rankings. This is all very encouraging, but it has to be said that the robustness of those sliding rear doors still requires further scrutiny.

Super-tough and lightweight boron steel is used in the construction of the front and rear doors, while those integrated body pillars form a safety cell when the doors are shut. Stability control and seven airbags – including curtain airbags that run the entire length of the cabin – are standard fit and all of this contributed to a maximum five-star crash test rating from Euro NCAP. Optional extras include Active City Stop, which can detect an imminent collision and brake for you.

Entry-level Studio models get electric front and rear windows, remote locking and a DAB radio, but we think it’s worth upgrading to a Zetec model for its air-con, alloy wheels and Bluetooth, not to mention its fog lamps, heated windscreen and ambient lighting. Titanium models add climate control, cruise control and the posh stereo, while Titanium X has keyless entry, part-leather upholstery and a panoramic roof.

The B-Max isn’t cool, but it is a very clever, practical and solidly engineered little car that should hit the sweet spot for young families and silver surfers. It’s also better to drive than most other mini-MPVs on sale, if not quite as versatile. 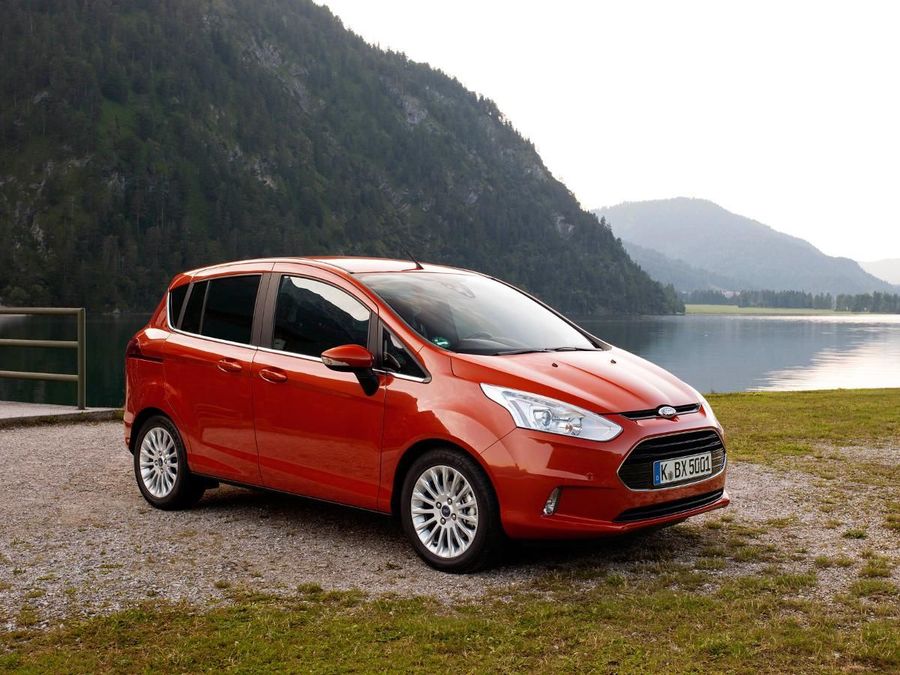