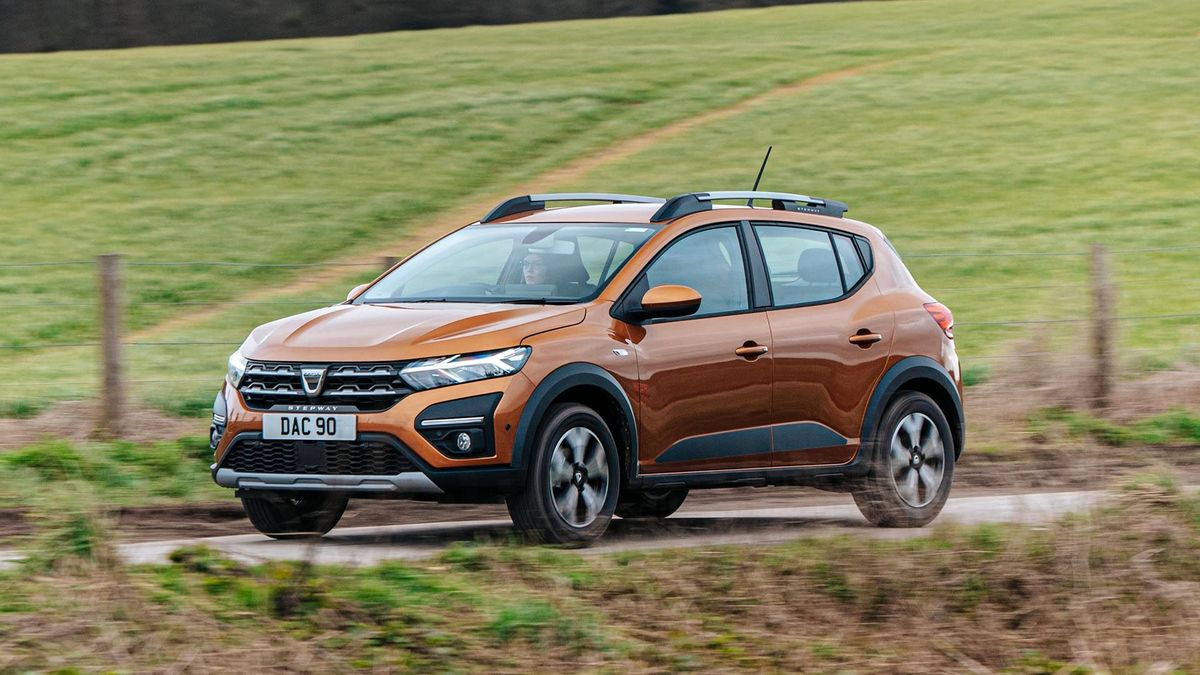 If the regular Dacia Sandero sells on pure affordability the Stepway version adds a garnish of desirability thanks to its crossover style ride height and trim details. Standing a little taller and clothed in tough-looking body cladding, it looks built to take a beating, be that in rough-and-tumble urban driving or in the great outdoors. It’s a little more expensive than the regular Sandero but also has more tech and a better trimmed interior, not to mention a more fashionable image. All things relative it’s still a total bargain, without looking too cheap and cheerful in the company of more mainstream crossovers. Click here for our review of the regular Sandero, on which the Stepway is based. 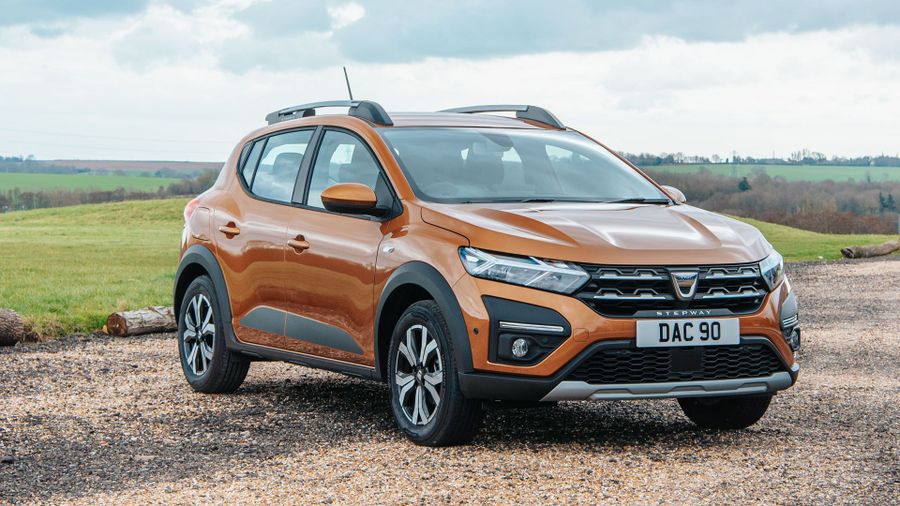 Although it’s a little more expensive than the Sandero hatchback the Stepway is still a very affordable car and, even in its top trim, costs less than an entry-level Ford Fiesta. Unlike the Sandero it also has the looks to pass muster at the school gate without leaving you looking like a cheapskate, the trendy crossover stance and improved trim inside and out adding to the sense of value for money. Rivals are scarce at this price, only the Suzuki Ignis really offering the same mini-crossover vibe. Unlike the Stepway the Suzuki is available with all-wheel drive, which will appeal to those living out in the wilds, but the Dacia is effectively a size up so has much more space inside. The Renault supplied three-cylinder petrol engine proved very efficient in our time with the car, easily recording high 40s mpg and seemingly capable of going the extra mile on each litre of fuel. For a little less than £500 you have the option of a Bi-Fuel version with an additional tank to run on Liquefied Petroleum Gas (LPG) or regular petrol as you see fit. LPG costs a lot less at the pumps than regular petrol so could save you money if you do big mileages – the claimed 800-mile range with both tanks filled is another attraction here and cheaper than the diesel offered previously.

Reliability of a Dacia Sandero Stepway 3/5 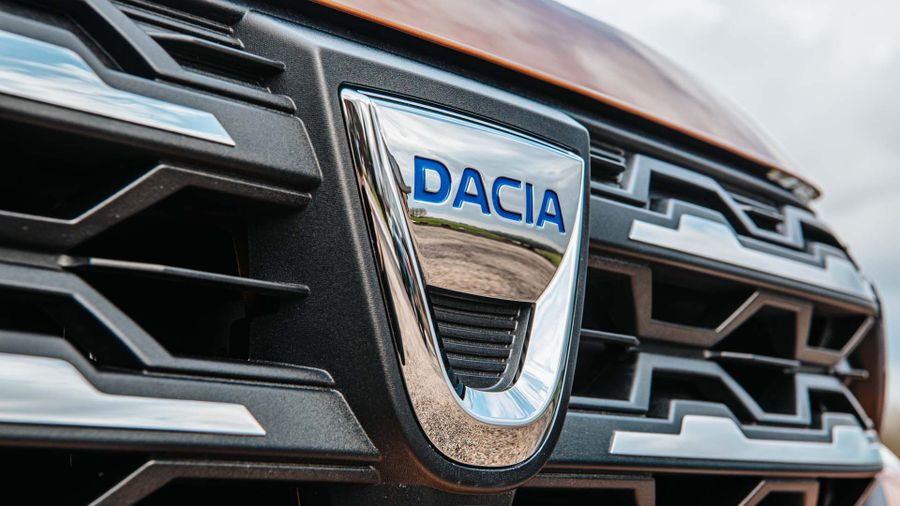 The Stepway is based on the same platform and engines as the current Clio, and as a brand Renault has a decent if not dazzling reputation for reliability. The general no-nonsense simplicity of the Stepway counts in its favour here, though, and does potentially mean less to go wrong. The warranty is an industry standard three years or 60,000 miles, but you can if you wish pay to extend that for up to six years or 100,000 miles and Dacia offers a range of good value fixed cost maintenance plans to keep a lid on ongoing expenses and help you budget for the long-term.

Safety for a Dacia Sandero Stepway 3/5 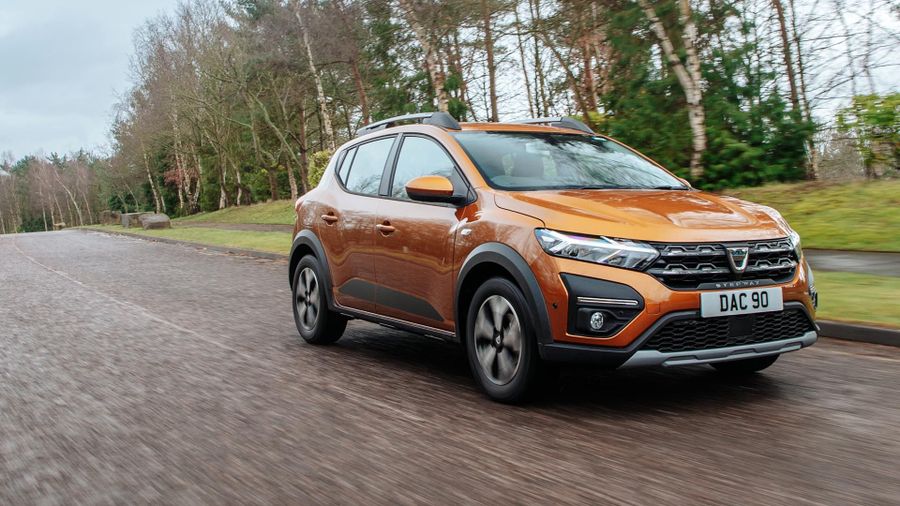 The fact it’s based on more modern foundations than the previous Stepway means Dacia can include a lot more of the safety tech modern drivers expect, the extra cost over the Sandero offset by the more generous range of assistance systems. Even the most basic version gets automated emergency braking if you fail to respond to hazards in your path, airbags front and rear, two Isofix child seat mounts in the back, hill start assistance and an emergency ‘E-call’ system. Cruise control and a speed limiter are also standard. The Comfort model adds rear parking sensors, fog lights and a reversing camera while the top of the range trim gets front sensors and a blind-spot warning system.

How comfortable is the Dacia Sandero Stepway 3/5 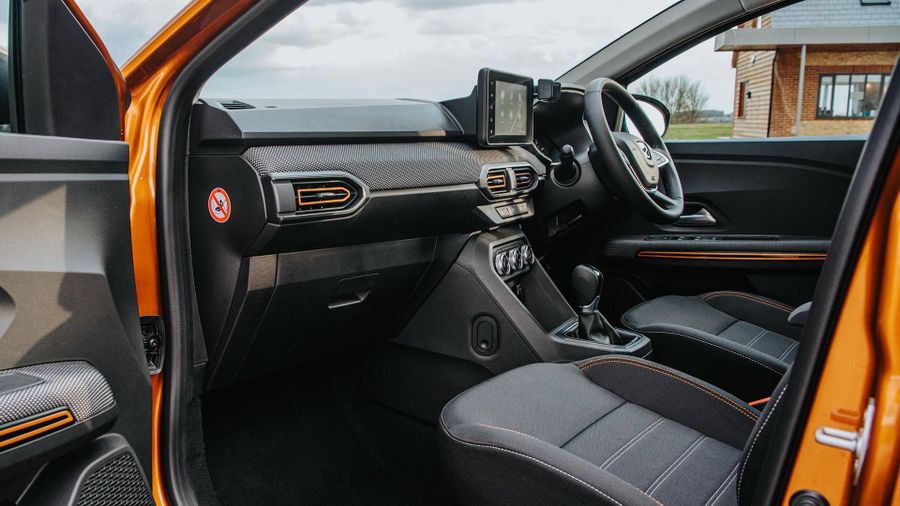 While the Sandero hatchback makes little effort to hide its cut-price status the Stepway does at least dress the hard plastic trim up with some snazzier fabrics and elements like orange stitching and bronze-coloured vent surrounds. It doesn’t sound much but it’s enough to pass muster alongside other trendy crossovers. Compared with the same trim on the standard Sandero even the most basic Stepway gets colour-coded bumpers and neat hubcaps that look like alloy wheels from a distance but spare you the anguish of kerb damage when parking. There’s more space in the back than the previous version, with extra legroom for rear seat passengers, a split/fold back seat and variable height boot floor. Even in its lowest setting the boot isn’t huge but this is still, of course, a supermini in essence. One nifty feature from Comfort trim and up are the adaptive roof rails, which you can unscrew and rotate through 90 degrees to turn into bars for a bike rack, roof box or suchlike.

On the road the Stepway is built for comfort rather than speed, which is appropriate given the performance on offer and actually more pleasant over lumpy surfaces than the supposedly ‘sport’ optimised suspension on many cars. The steering is light and positive and it’s a very easy car to drive, though the kink in the rear window doesn’t do any favours for rear visibility when changing lane on the motorway. Chunky tyres and a little more ride height are as useful over urban speed bumps as they are countryside car parks, though. If you want full adjustment to the driving position it’s worth noting the steering wheel moves for height only on the basic model, this and reach adjustment standard on the Comfort and Prestige versions.

Features of the Dacia Sandero Stepway 4/5 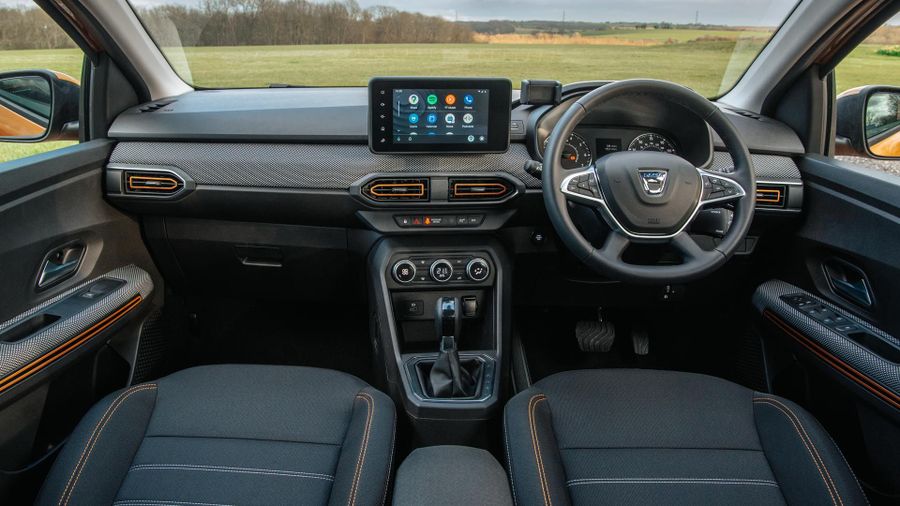 Equipment on the Stepway is more generous (all things relative) than on the regular Sandero, with air conditioning, remote central locking, DAB radio, Bluetooth and a USB port as standard. A cradle on top of the dashboard signals the intention you use your smartphone as your own infotainment unit, a dedicated Media Control app meaning you can control it on the move and adjust basic controls via buttons on the steering wheel. You only need to go one step up the trim ladder to get a proper built-in screen and all that comes with it, though, the menus familiar from other Renault group models and commendably fresh and up to date. You can also pair your phone and use it with CarPlay or Android Auto if you choose. Given the overall price of the car it’s impressive to see this on a supposed ‘budget’ model and shows the benefits for Dacia of being part of a bigger group. The only real upgrades on the top trim are proper alloy wheels, blind-spot alerts and automatic air-con. You also gain an electronic parking brake but, given the jerkiness with which it operates, we’d argue it’s a mixed blessing against the conventional one on more basic trims.

Power for a Dacia Sandero Stepway 2/5 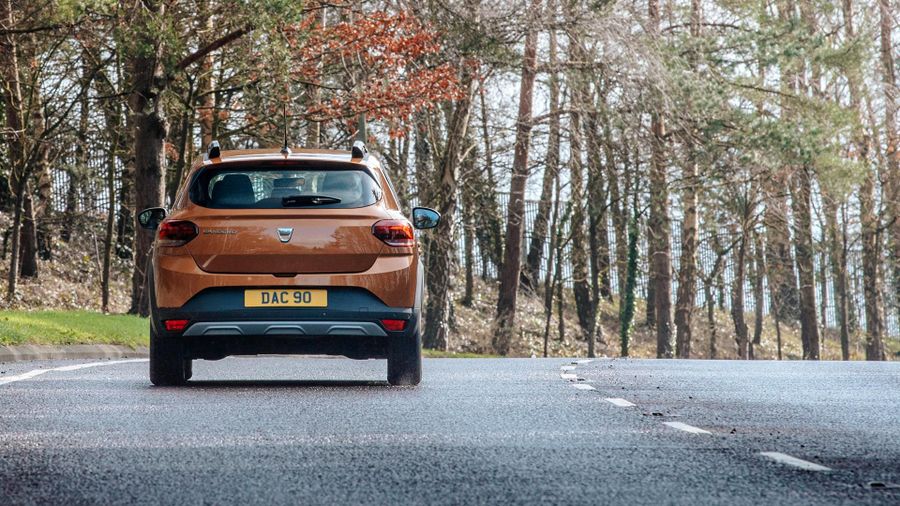 All Stepway models use the more powerful, turbocharged version of the 1.0-litre three-cylinder petrol engine and, with the manual gearbox, it offers decent enough performance. While it’s not especially refined – especially at tickover – the engine pulls strongly, with a definite rush of boost from the turbo, and the six-speed manual gearbox is quick and easy to use. The automatic option – the first time Dacia has offered one – is what’s known as a CVT and will appeal to city dwellers or those driving in traffic a lot but feels somewhat sluggish compared with the manual version. In the absence of a diesel option the Bi-Fuel has 100 horsepower rather than the regular 90 horsepower when running on LPG and switches seamlessly between this and regular petrol, though you can manually select which you’re running on if you choose. 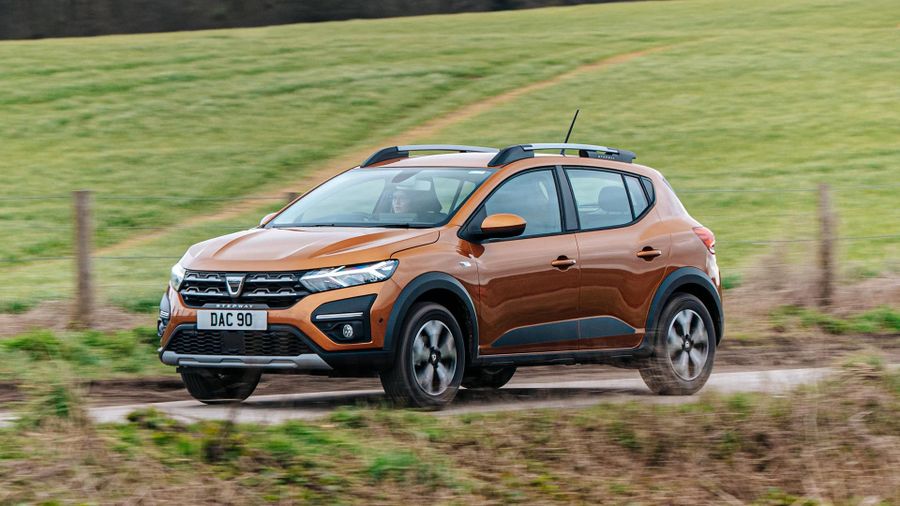