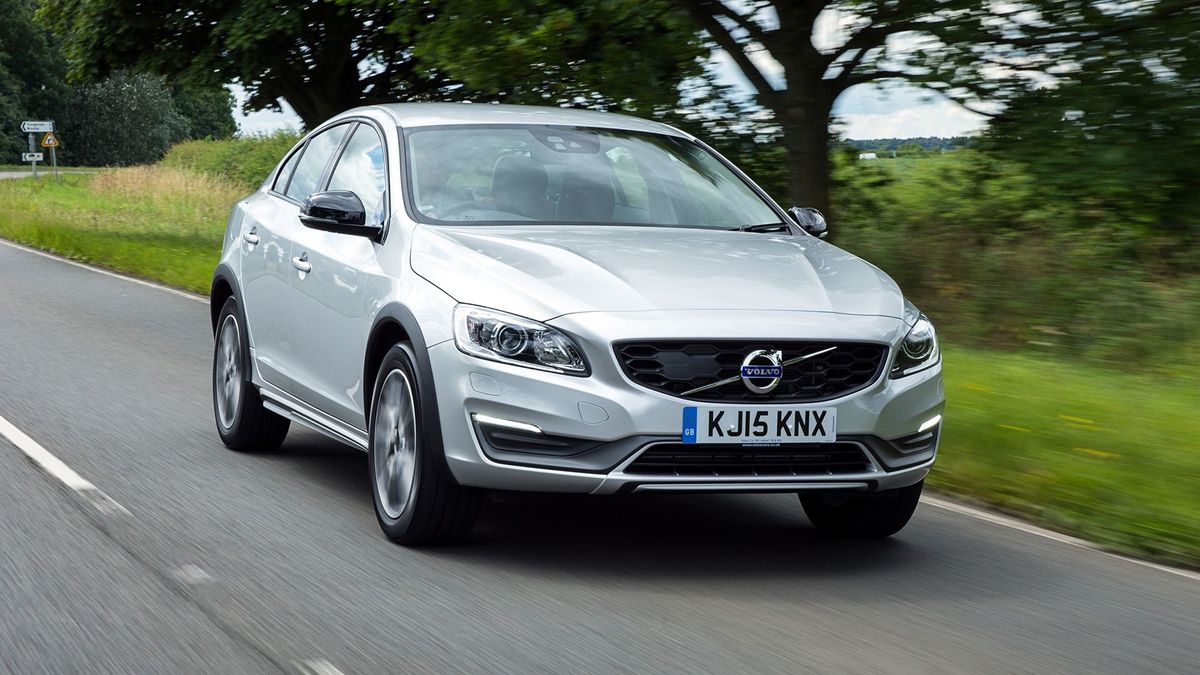 First published: 31st July 2015
Share on Facebook on Twitter
Auto Trader Verdict:
The Volvo S60 Cross Country is an intriguing, if rather confusing proposition. There aren’t really any direct rivals in terms of a jacked-up saloon car, but probably with good reason. It’s not a bad car, with a clean engine and comfortable ride, but it is compromised, especially in terms of practicality and a high list price. It should prove pretty reasonable to run and you’ll certainly stand out from the crowd, but if you want a sleeker alternative to an SUV, then there are better options out there.
Need to know: 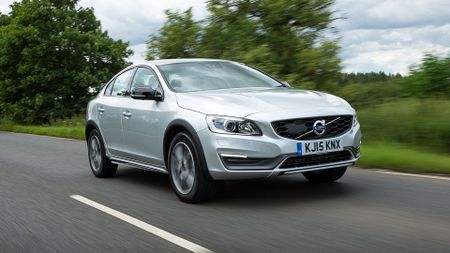 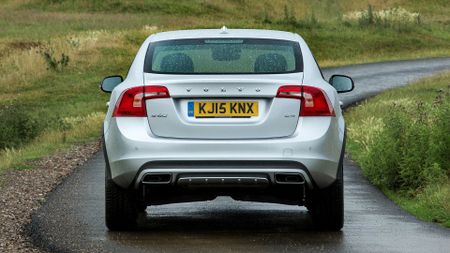 View gallery
What is it?
An excellent question. Essentially, Volvo has taken its S60 saloon and jacked up the suspension to give it a higher ride-height and raised driving position, as well supposedly increasing its off-road ability – but who goes off-roading in a premium compact saloon I hear you ask?

Well, it was originally developed for growing markets in places like China, Brazil and India, where the saloon is king in terms of sales, but they need the extra ride height and suspension travel due to the poor quality of many of the road surfaces and now, Volvo has decided to bring it to the UK.

This one is the two-wheel drive version, while there’s also a four-wheel drive model – for even more rugged types – also available. Front-drive models are available with either a six-speed manual ‘box or eight-speed automatic transmission, but the all wheel drives can only be had with a six-speed auto.

There’s an estate version, too – the V60 Cross Country – which, thanks to its greater practicality, makes slightly more sense. There’s only one engine, whichever version you choose; a 2.0-litre four-cylinder diesel which provides a robust 187bhp, and a single trim level; top-of-the-range Lux Nav, which coincidentally, makes it the most expensive version of the saloon in the S60 range. 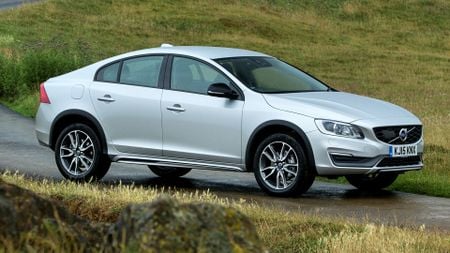 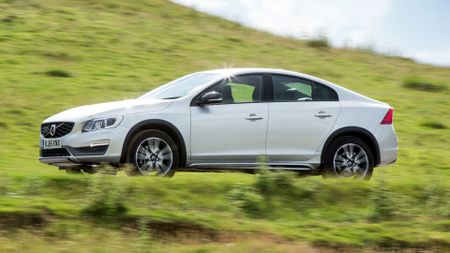 View gallery
What's it like?
It’s certainly intriguing. When we think of rugged, high-riding cars that aren’t SUVs, we tend to think of estates such as the Audi A4 Allroad and the VW Passat Alltrack. We don’t see many (if any) of those sorts of cars in a saloon bodystyle.

On the outside, it gets all of the off-road paraphernalia that you’d associate with these so called soft-roaders, so the suspension has been raised by 65mm, wheel arches are clad in black plastic, skid plates at the front, back and sides. It’s still a strange experience to see a saloon on raised suspension. It’s not an unpleasant thing to look at, it’s just a bit unusual. 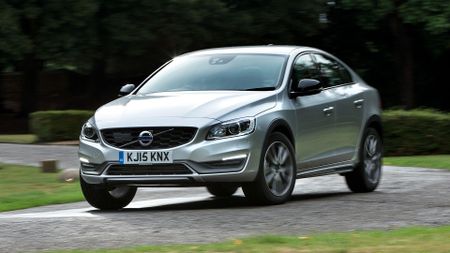 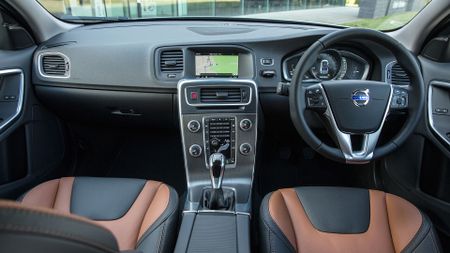 View gallery
Step inside and you’re greeted by that now-familiar Volvo interior and, since the introduction of the new XC90 SUV, it’s really starting to look its age. The materials are still high quality, but the centre console is a mass of confusing buttons, switches and rotary dials; all of which take a little time to get used to. In the Cross Country you also get contrasting panels on the seats as standard, which in our test car were a vivid orange colour and add a dash of flair to what is otherwise a fairly bland interior.

That said, there’s plenty of space, with loads of adjustment for the driver’s seat and steering wheel, while passengers in the back won’t lack for space with plenty of knee, head and shoulder room. There’s a load of cubbyholes, too for your odds and sods, but the boot is disappointingly small. 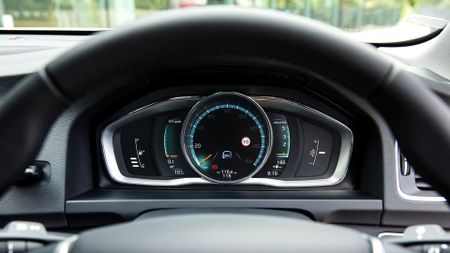 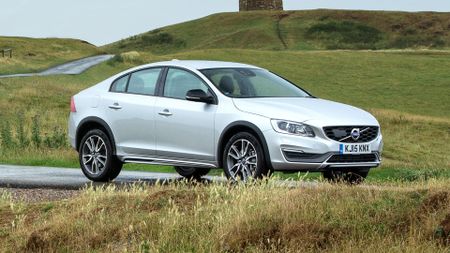 View gallery
It measures 380 litres with the rear seats in place; some way short of rivals such as the BMW 3 Series and Mercedes C-Class, and way behind comparable small SUVs. There is, however, no load lip, so sliding heavy items in is pretty easy and the rear seats fold completely flat, extending the load bay.

The D4 engine is a real highlight, offering strong, smooth progress and feeling every bit as punchy as its 187bhp and 295lb ft of torque suggests, and official economy figures of 67.3mpg is impressive. You’ll only pay £30 a year in VED, thanks to CO2 emissions of just 111g/km. The six-speed manual gearbox, however, is a weak point. It’s notchy and truculent, especially when shifting from second to third gear. The eight-speed auto ‘box is better, being smoother, easier to drive and more efficient.

This isn’t a car which has been designed to keep the driver entertained; the steering is rather numb while there’s a fair bit of body roll in the corners and pitching under braking. It is, however, much more comfortable on the road than the standard S60 saloon. It absorbs the bumps more effectively, thanks to the greater suspension travel, but this extra comfort doesn’t come with any unwanted float – it settles down nicely over crests and at a steady motorway cruise. 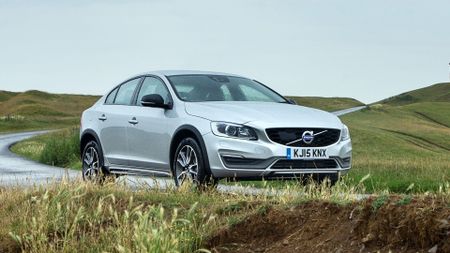 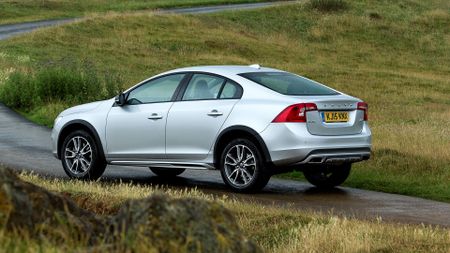 View gallery
Should I buy one?
To be perfectly honest, probably not. This isn’t a bad car, by any stretch of the imagination, but it’s difficult to find any specific area in which it’s better than its rivals – particularly at this price.

At nearly £34,000, it’s up against some compelling alternatives, with the likes of the BMW 320d Touring xDrive costing about the same, while also being more desirable, more practical, nicer to drive, with slicker infotainment, as is the VW Passat Alltrack.

However, it’s the S60’s lack of practicality which makes it really hard to recommend; there’s a much more practical version in the V60 Cross Country Estate, with a wider selection of engines and trims to choose from, which’ll allow you to use the raised ride height for some off-road adventures and have a boot big enough to carry a decent load.
Key facts:
Also consider:
Volkswagen Passat Alltrack
Classy, comfortable and capable off road, the Passat Alltrack makes much more sense

BMW 320d Touring xDrive
Costs similar money, but is much more practical and much better to drive, too

Citroen C5 saloon
Not a permanently ‘jacked-up’ saloon, but you can raise the ride height, thanks to the hydro-pneumatic suspension 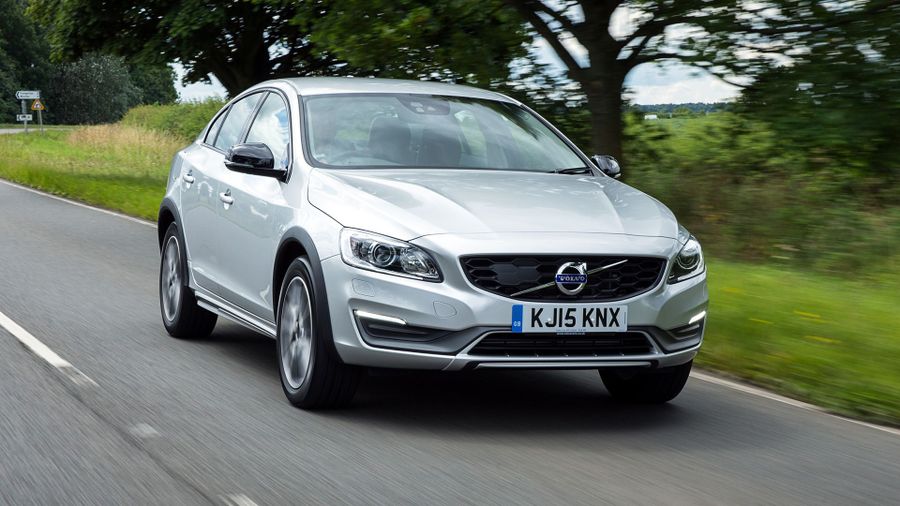