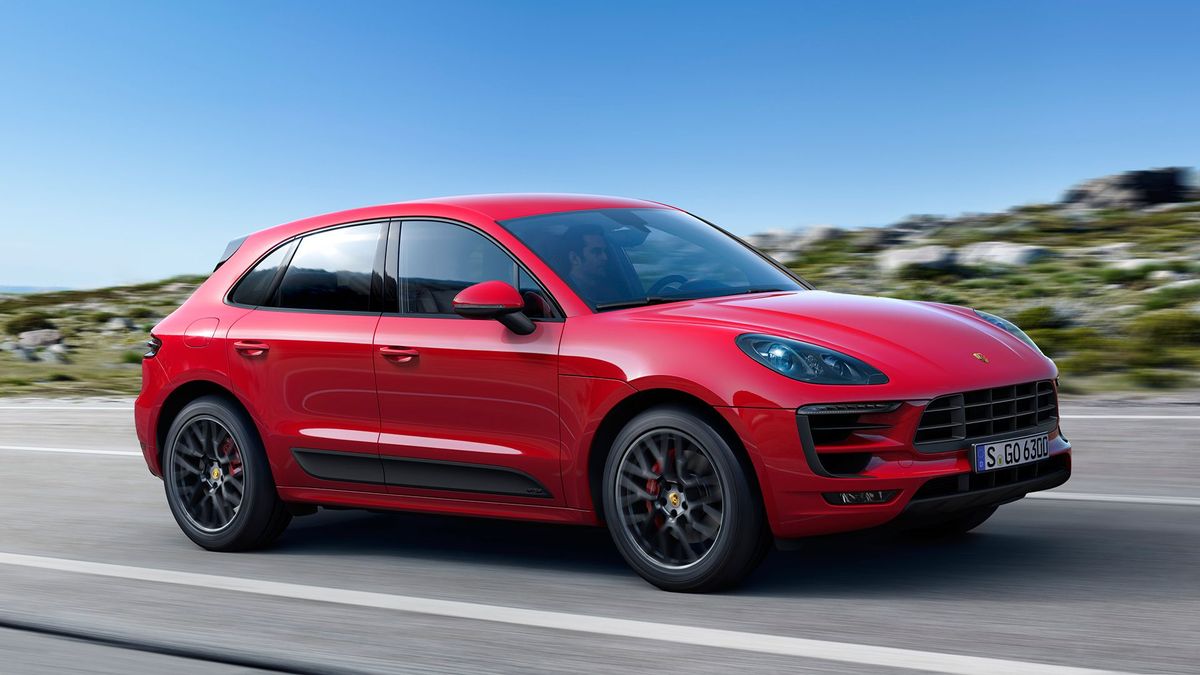 First published: 6th July 2016
Share on Facebook on Twitter
Auto Trader verdict:
None of the individual changes that turn the basic Macan into the GTS are particularly substantial, but together they create a car with a distinctly different flavour from any other Macan. This is undoubtedly the most engaging and driver-focused version of the car, and that means it’s one of the most engaging SUVs, full stop.
Need to know:
What is it?
The Macan GTS is quite an interesting proposition, when you consider that Porsche itself labels it as ‘The Macan for the driving enthusiast.’ After all, that rather begs the question, ‘Well, who are the other Macans aimed at, then?’

Perhaps the best way to think of it is as a Macan that has been designed and developed to accentuate all the things that appeal to a keen driver and thereby create the sportiest, sharpest-handling version of the car. So, the GTS package brings a more powerful version of the 3.0-litre V6 engine that powers the existing ‘S’ model, lowered sports suspension, a sports exhaust and bespoke looks inside and out.

Even with all that, though, the GTS isn’t the most expensive model in the Macan range. Instead, that role continues to be performed by the Macan Turbo, which is some £7000 dearer, as well as a fair bit quicker. That leaves the GTS as a mid-way point in the Macan range, sitting almost exactly halfway between the ‘S’ and Turbo model.
What's it like?
For a start, it’s a very different-looking Macan, and that’s thanks to having the Sport Design package as standard, but with all the details – along with the 20-inch alloy wheels – finished in matt black.

Inside, too, it’s clear that this GTS is a sizeable step up from the bottom rung in the Macan ladder, with plenty of Alcantara, leather and red stitching liberally dotted around the cabin.

So far, so relatively upmarket Macan. However, it’s when you fire up the engine that the GTS really lets you know what it’s all about. There’s a real bark to the exhaust note, and just the lightest of pressure on the accelerator pedal turns that bark into a snarl, with a real hint of menace about it

On paper, there’s not a huge amount of difference between the outputs of the S and GTS engines, but there’s an extra sense of urgency to the way the GTS pulls away and responds when you put your foot down; and that gets all the more urgent still when you stick everything into Sport mode.

Likewise, you may think that just dropping the suspension by 15mm and sticking on 20-inch alloys wouldn’t make a whole heap of difference to the way the Macan drives, but you’d be very wrong. In fact, those subtle changes give the car a very different character; and, given how driver-focused the standard Macan is, that’s quite something. 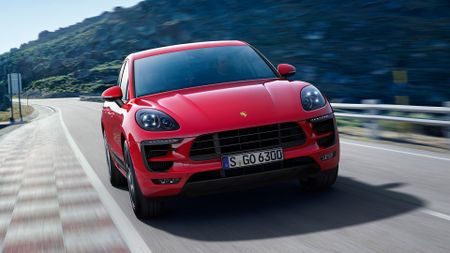 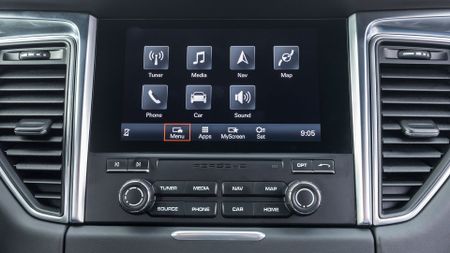 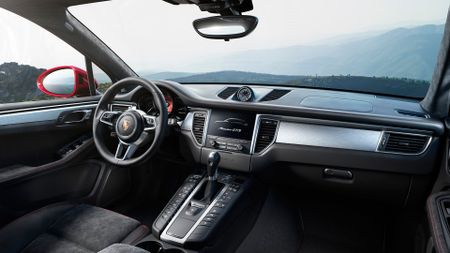 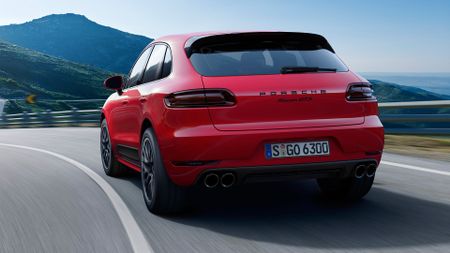 View gallery
Compared with the standard car, the Macan GTS rolls that little bit less in bends, turns in a bit more keenly and, overall, just feels a bit sharper. Find your favourite B-road, and there’s no mistaking that feeling of ‘togetherness’ in the GTS.

There’s a wonderful weight to all of the controls and the instant and progressive way the body reacts to any input on any one of those controls means this is a car that feels tremendously light on its feet, as well as sure-footed, confidence-inspiring and engaging in equal measure. Put that together with the strong performance, and the result is a car that can get across country at remarkable speed.

In other words, what Porsche has created in the Macan GTS is an SUV that shifts the emphasis very firmly from the 'Utility' bit of the moniker to the 'Sport' bit. And, what’s remarkable is that it has done all this without any great sacrifice in comfort. Ok, so there’s certainly a firm edge to its step, but it’s never uncomfortable. You can tackle schleps along the motorway or trips to shops perfectly happily.

The only caveat to that comment is that the car we drove was fitted with the optional (£1004) air suspension, meaning we don't know what effect the lowering of the GTS's standard suspension has had. We do know from experience of other Macans that the air springs are an improvement on the steel ones. Mind you, every Macan we've ever tried is pretty impressive in that department.

Overall, given the GTS’s sporty bent, it’s perhaps easier to forgive some of the Macan’s weak points. And, by that we mean that, as this is an SUV aimed squarely at enthusiastic drivers, anyone who’s tempted by it probably won’t care too much that this isn’t the most family-friendly of SUVs, with relatively cramped rear-seat accommodation and a small-ish boot. Although to be fair, it’s still perfectly reasonable in both areas, meaning the Macan remains one of the best all-rounders you can buy.
Should I get one?
Given the amount of praise we’ve lavished on the GTS above, this is a surprisingly hard question to answer. You see, anyone with a sensible hat on who’s looking at a Macan should head for the S Diesel, which is cheaper to buy, cheaper to fuel and cheaper to insure, but still great to drive and hardly a slouch; and, anyone who just wants the quickest Macan should head for the Turbo.

In that context, what the GTS gives you is effectively a halfway house between the two extremes, and that’s the reason you’ll want to buy it: it’s more engaging and exciting to drive – not to mention quicker – than the diesel-engined model, but considerably cheaper to buy and run than the Turbo.

The Macan is a car where the extremes of the range are undoubtedly appealing, but is the GTS the most rounded version of one of the country’s greatest all-rounders? Almost certainly…
Key facts:
Also consider:
Jaguar F-Pace
It's the company’s first ever 4x4, but Jaguar has borrowed technical know-how from sister brand Land Rover and the result is a car that feels rugged off-road and comfortable, yet poised, on it.

BMW X4
The X4 is an unashamedly niche product – a sporty, more design-led type of SUV – and while that means it will have limited appeal, it’s an interesting alternative to a more conventional SUV

Mercedes GLC Coupe
It retains the comfort, luxury and refinement of the GLC, but drives that little bit more sharply – and looks that bit more distinctive – making this the ‘desirable’ version of this already excellent SUV 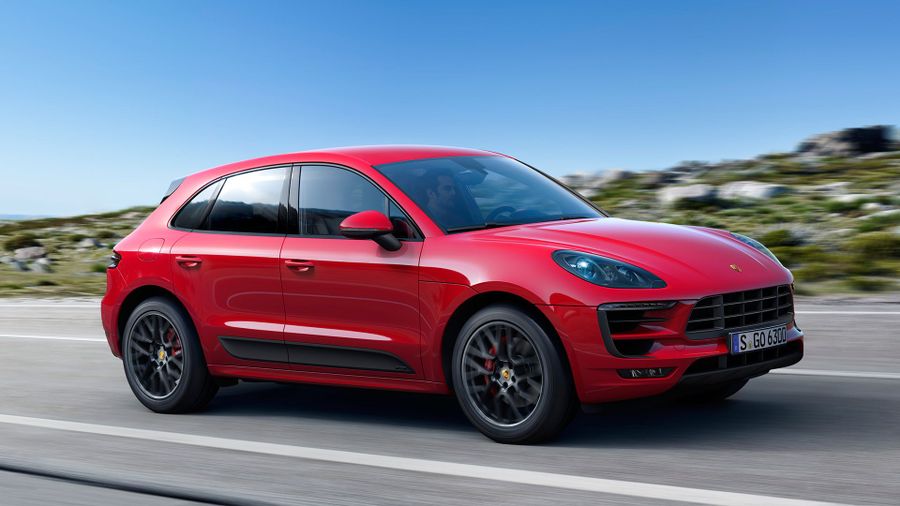