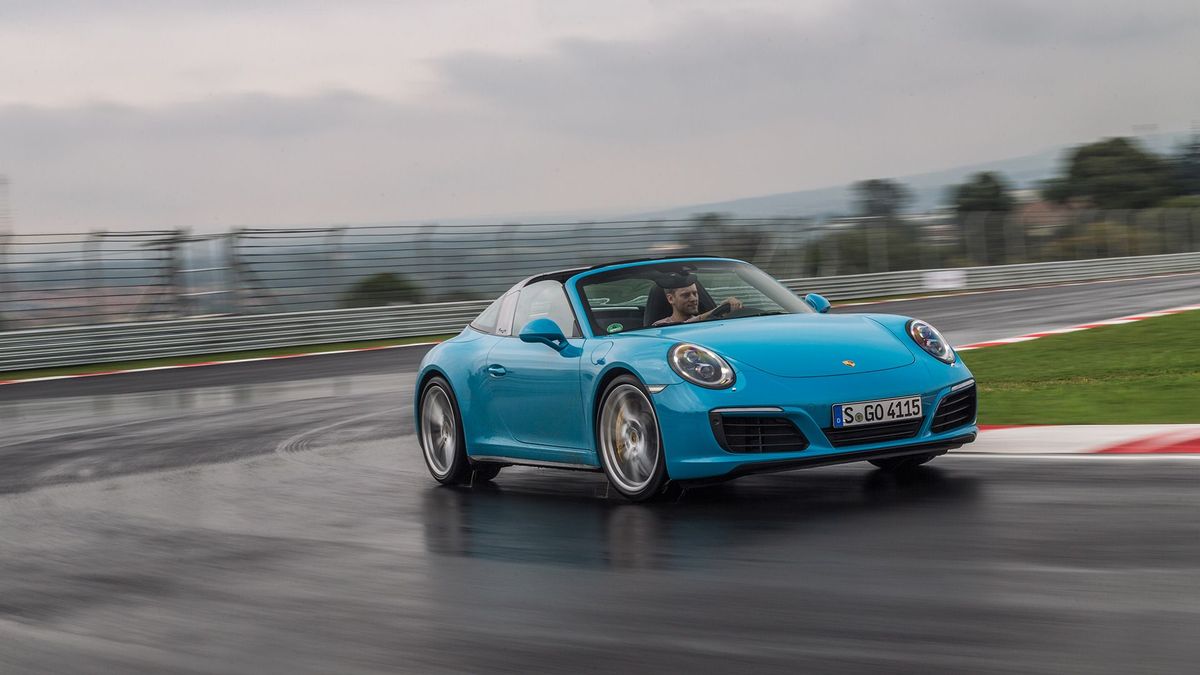 First published: 30th January 2016
Share on Facebook on Twitter
Auto Trader Verdict:
The Targa 4S is a hugely desirable addition to the modern Porsche 911 range. It may offer a slightly gentler driving experience compared with a 911 Coupe, but it remains a thoroughbred sports car that now has the engine and infotainment system to be more user-friendly than ever.
Need to know:
What is it?
Probably the most visually alluring 911 currently on sale, with or without the Miami Blue paint shown here, and now featuring the new-for-2016 turbocharged 3.0-litre flat six engine.

The modern Targa’s multi-layered fabric top is some party piece, too, retracting automatically in just 22 seconds at the touch of a button, or remotely from your keyfob.

Four-wheel drive is standard on all Targa models, as is Porsche Active Suspension Management (PASM) with adaptive dampers, which lowers the ride height by 10mm.

Our test car also brandished a ‘4S’ moniker on the re-profiled engine deck, alluding to the 49bhp performance upgrade (the Targa 4S develops 414bhp) that is made possible by the twin turbocharger’s larger compressor wheels that help generate more boost. 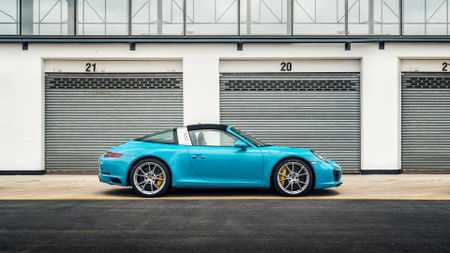 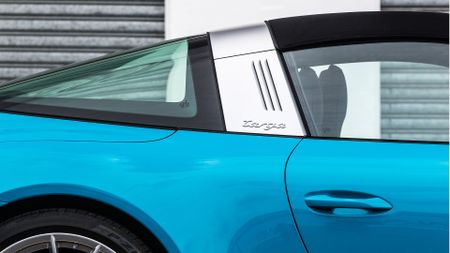 View gallery
What is it like?
Wonderful. The pace, the poise, the inherent rightness of the controls, from pedal weights to seating position, are all still present and correct on this 911.

As is the classic styling language. While other sports cars shock and awe with their big wings and loud graphics, the 911 Targa 4S carries itself with an almost practiced restraint. There’s a delicacy around the ventilated engine deck and re-profiled door handles, while the aluminium roof rail and balletic roof mechanism can still be called upon to offer an occasional flash of showmanship.

However, it’s the dynamic range of this Targa 4S that impresses the most, whereby the heroic and banal can so effortlessly interchange depending on how heavily you employ your right foot. It’s the mark of a true everyday sports car.

The daily-driver status has been further improved by the enlarged touch-screen infotainment system that’s available with Apple CarPlay (80% of Porsche’s customer base use an Apple iPhone), the optional hydraulic lift system that can raise the nose by 40mm, and the new turbocharged engine that boasts more performance and efficiency.

A key advantage of turbocharging is the improvement in torque, and you immediately notice this in the car’s mid-range, where it feels much quicker than the old, naturally-aspirated Targa 4S. Indeed, the extra grunt is more appreciable in the Targa than it is in either the Coupe or Convertible, because it’s heavier than both, and the increased torque helps shift the Targa’s weight more effectively.

It also means you no longer need to explore the top end of the rev range just to remind yourself you’re in a seriously quick car. With Sport Plus and the seven-speed PDK gearbox options ticked, the Targa 4S accelerates from 0-62mph in four seconds dead, with clean, quick shifts. These can be engaged via the steering wheel-mounted paddles or via the gearstick, whose shift direction has now been reversed (push changes down a gear, pull moves up a gear) to mimic the pattern of the 911 GT3 and other race cars.

The four-wheel-drive system lets you lean heavily on the front end, and while you can feel the distribution of drive move across both axles through a corner, you can also see it via a digital display.

This may be a drop top, but it’s still a sports car; the bodyline is high, so even when the roof is down, you’re not really encouraged to fling an elbow over the side. 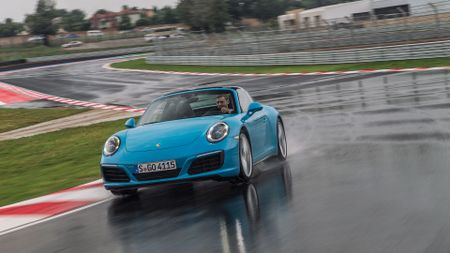 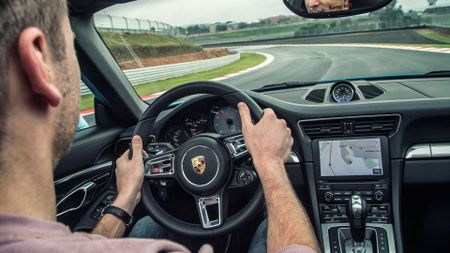 View gallery
Should I get one?
The Porsche 911 Targa 4S looks truly special, is an incredibly competent daily driver and maintains the company’s reputation for building amazing sports cars. But, it isn’t as focused or as hardcore as other models in the range. For some people, however, that will be a big part of the appeal.
Key facts:
Also consider:
Jaguar F-Type Convertible
A British brute that oozes character and noise, but isn't as sharp to drive or as practical 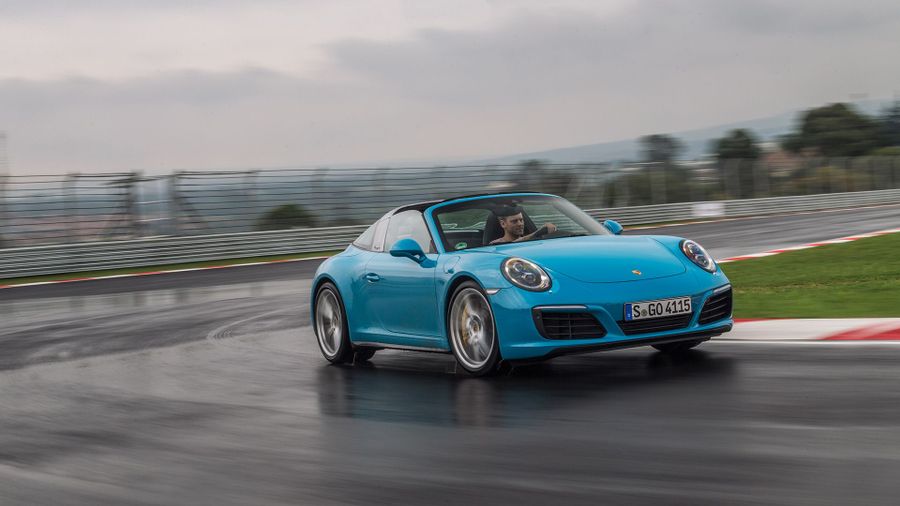