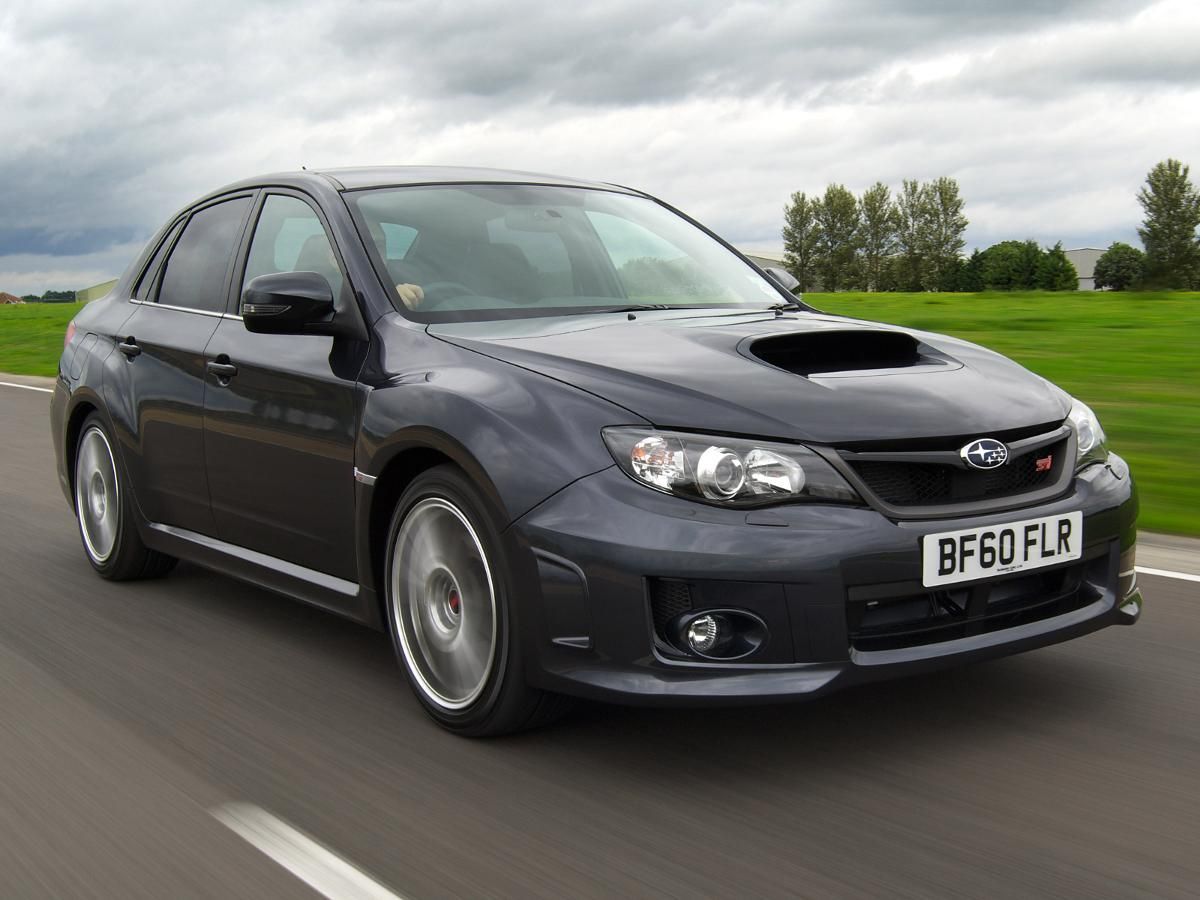 The Subaru WRX STI is a high-performance saloon version of the fast and hugely capable Impreza, which offers huge performance, but now comes with a high price tag.

There are other, more lowly models in the Impreza range, but the range-topping, high-performance Subaru WRX STI has always been the big seller. Significantly revised in 2010, the Impreza badge has been dropped from the tail of the WRX STI, though the aggressive, rally-inspired looks remain. Now offered in saloon guise alongside the five-door hatchback, the WRX STI has muscular looks to back up its performance. A big bonnet scoop, lots of vents front and rear, an optional rear wing and a broad, surefooted stance: it could only be an Impreza, despite Subaru removing the badge.

There’s one area where Subarus have always lagged behind European and Japanese competition and it’s the quality of its interiors. Every series of changes has the firm claiming a step forward, but there’s still more hard, shiny and cheap looking plastics in the cabin than anything costing this much should have. It’s all sensibly laid out though, and once you’re on the move, gripped tightly by a Recaro Sports seat, you’re less likely to be caring about the quality of the plastics.

Even in saloon form the WRX STI is a useable, practical family choice. Interior accommodation is more Ford Focus-sized than the next category up, but you’ll get four adults in reasonably comfortably. There’s a decent-sized boot too, but if you want really good practicality you’re better off going for the hatchback. Surprisingly the saloon gains 120 litres in capacity but the hatchback claws back an advantage if you’re carrying bulkier loads, not least for the greater access, but also for the easier use of the split-fold rear seats.

Taut without being overly firm, the WRX STI rides well given its sporting focus. Cornering flatly with little body roll the wide stance gives the WRX STI real security in the bends. That’s backed up by huge traction and grip, thanks to its standard four-wheel drive. You can alter the handling characteristics, which distributes the drive differently depending on your setting. There’s still lots of the old Impreza push-on understeer, though there’s a knack to enjoying the Impreza’s balance, as it rewards with a neutral stance or even power oversteer if you’re on a track.

A combination of near perfect traction, a 2.5-litre turbocharged boxer engine with 296bhp and a quick-shifting six-speed manual gearbox means scintillating performance. Get it right and the WRX STI will reach 62mph in just 5.2 seconds, and it’ll keep up with just about anything on a testing road. The engine is flexible enough to trickle along at low revs, but its best performance is reserved for the upper sweep of the rev-counter’s needle. A hugely exploitable performance car, the WRX STI remains true to the Impreza’s bloodline, even if it no longer wears the badge.

A boxer engine with a turbocharger isn’t ever going to be a combination that delivers inexpensive running costs and average fuel economy of 26.9 mpg underlines that. Remember too, that’s an official figure, the reality will be a lot less; if you’re really enthusiastic you’ll empty the fuel tank in no time. Emissions of 243g/km means it’s in the second highest road tax band. All that pace works tyres and brakes hard, and you’ll need to hunt around to get a sensible insurance quote for it.

Subarus are engineered to last, and reliability is a given. Bomb-proof four-wheel drive and tough boxer engines combined with Japanese attention to detail should mean it starts every time, all the time. What’s more, Subaru typically does very well in customer satisfaction surveys, pointing to not only good reliability, but excellent dealer service.

The WRX STI is no longer quite the bargain it once was, though to soften the blow there’s more equipment than ever. The interior has its sporting Recaro seats covered in leather and Alcantara, steering wheel-mounted controls and Bluetooth telephone integration. The steering wheel’s rim is leather covered, and there’s plug-in capability for your iPod via the premium audio system. Alloy wheels, climate control and cruise control add some civility to this performance icon.

The original WRX STI models thrived in a market where rivals struggled to match their pace and poise. That’s not quite so true today, with lots of cheaper hot hatches offering enough performance and ability to keep the WRX STI honest on challenging roads. There’s still a lot to love about the WRX STI, but it’s not quite the performance bargain it once was, and the driving experience feels a bit old-school. On the right road it’s sensational, but you pay for that performance with a below-par interior and frightening fuel consumption. 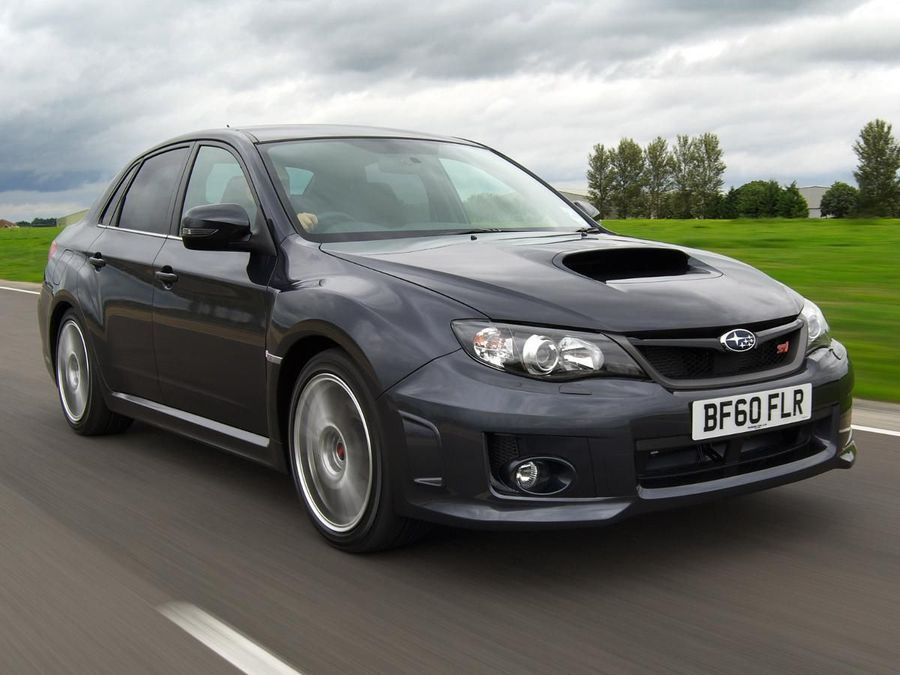