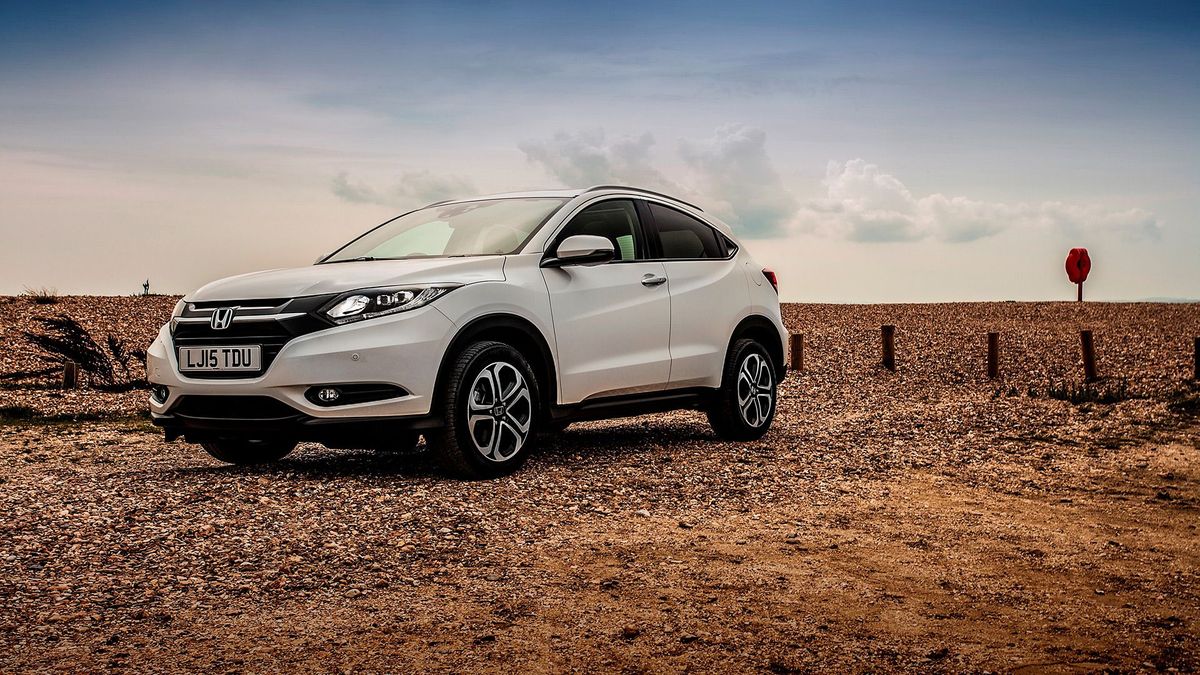 The Honda HR-V looks, feels and drives like a shrunken CR-V, with the same mix of good practicality, a versatile and robust cabin, and relaxing dynamics. However it gets caught between smaller, cheaper rivals and pricier, more competent ones. It’s no class-leader, and issues with its refinement, ride quality and frustrating infotainment system may leave some potential buyers cold.

Pick of the range
1.6 i-DTEC SE
All the kit you'll need, with the punchy and efficient diesel motor
Most economical
1.6 i-DTEC S
Riding on the smallest wheels, this version emits just 104g/km
Best avoided
1.5 i-VTEC CVT EX
Horribly noisy engine and gearbox with the priciest trim makes for a poor combination

Honda says the HR-V is a cross between an MPV, a coupe and an SUV. We’re not sure if such a Frankenstein’s monster would look good at all, but fortunately for all of us, you can forget the marketing bumf; the HR-V is simply a smart little car. The sweeping line that runs from the front wheelarches back to the door handles that are hidden in the rear window frames helps it look sleek and well proportioned. Every model gets alloy wheels as standard, ranging from 16 inches on the S models up to an optional 18-inch rim on the EX model. Front fog lights are standard on SE grade and above, while the top-spec HR-V also gets tinted privacy glass, chrome-finish door handles, roof rails, and full LED headlights. 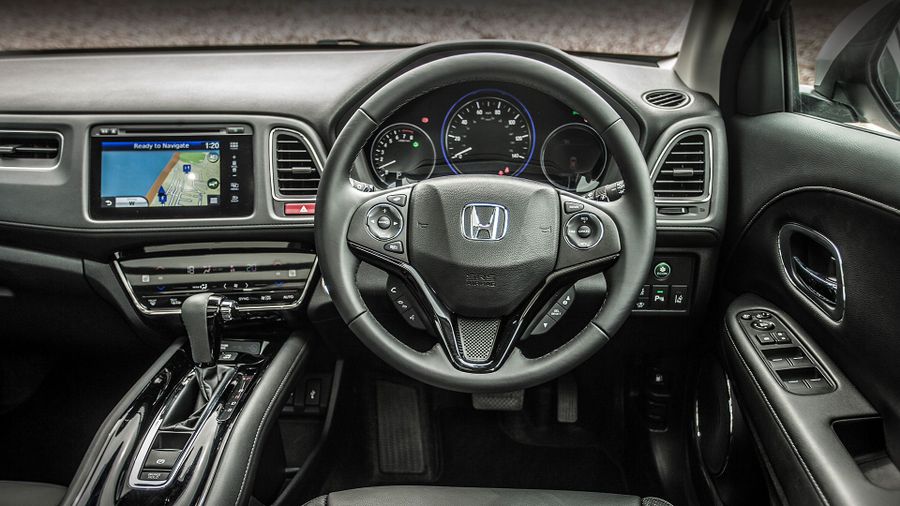 The interior of the HR-V shows that Honda has learnt its lessons from the Civic, with fewer screens to distract you, plenty of high-quality chrome and gloss black trim around the centre console, and (on SE models and above) a very neat touch-sensitive panel for the dual-zone climate control. The driving position is high-set, but not quite as lofty as in some crossovers, with good forward visibility countered by rather thick rear pillars that make looking over the shoulder while reversing tricky. The front seats are fairly supportive, but there are some questionable pieces of trim, too – the top of the dash and the fabric on the top of the doors both feel distinctly hard and low-rent. The Honda Connect infotainment system features a 7.0-inch touch-screen display that promises ‘smartphone style’ interaction, but in reality, it’s slow and unwieldy, with small icons and confusing menus. The systems on most rivals, including the Renault Kadjar, Nissan Qashqai and the Mazda CX-3 are all easier to use.

The HR-V’s most impressive trick is the amount of space Honda has managed to pack inside such a compact car. It’s nearly as long as a Range Rover Evoque, but narrow enough to still squeeze through town traffic. The HR-V has the same flip-up rear-seat bases as the Civic and the Jazz, a fold-flat front passenger seat, nearly flat loading bay and a wide 470-litre boot. Legroom is nearly double what you’d get in cheaper, more compact crossovers such as the Nissan Juke, but the sloped roofline means headroom in the back is tight – especially on cars fitted with the optional glass sunroof. The interior versatility is a real bonus, though, and the HR-V definitely gives you more options for carrying loads of awkward luggage than an ordinary family hatchback. 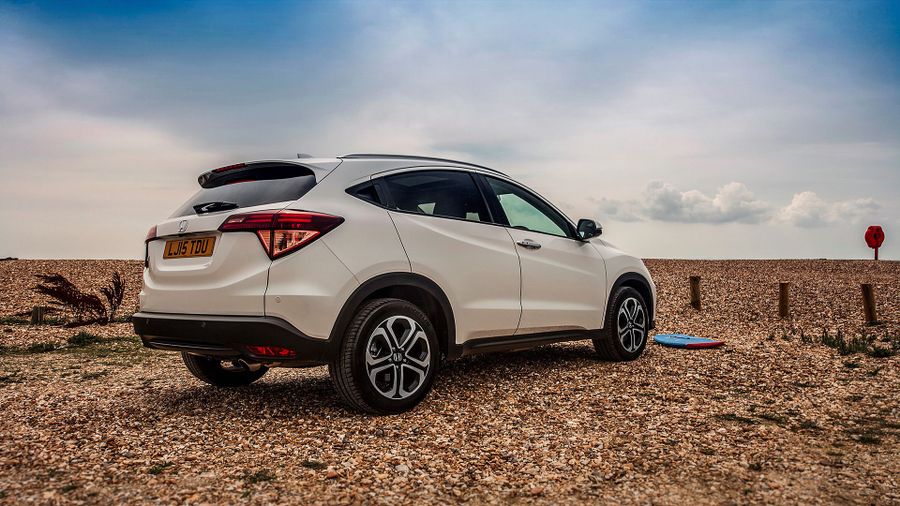 View gallery
“ At low speed, lumps and bumps will set the whole car thumping and jittering away ”

Similarly priced rivals such as the Skoda Yeti and Jeep Renegade put the emphasis on off-road ability and handling, but Honda has gone down a different route with the HR-V. Comfort and ease-of-driving are top priorities, and this car certainly manages the latter very well. The controls are light, with fairly accurate (but rather numb) steering, and soft suspension. It means the HR-V settles into a comfortable cruise on the motorway, but it rolls over heavily when you turn into bends. The tyres run out of grip and start washing wide if you push too hard into corners; and, at low speed, lumps and bumps will set the whole car thumping and jittering away. This is an issue even on the smallest 16-inch alloys, and it gets progressively worse the bigger the alloy wheels that are fitted.

There aren’t that many options as far as the engines are concerned, with just one petrol and one diesel on offer, and both available only with front-wheel drive. We’ve driven both these cars, and the 118bhp 1.6-litre diesel feels like the best fit for the car. It’s a very strong performer, picking up quickly even from low revs; however, it’s also noisy and coarse. If you work the engine up a hill or hold it in a low gear, then it gets really loud, and sends vibrations through the pedals and gearstick, too. The 1.5-litre petrol is no quieter, especially when paired with the optional CVT automatic gearbox, which sends the revs soaring every time you use the throttle. It also lacks the low-end torque of the diesel, so it feels pretty pedestrian if you’re trying to overtake. On the plus side, the six-speed manual gearbox is fairly slick, if not quite as sweet and precise as it is in the larger CR-V. 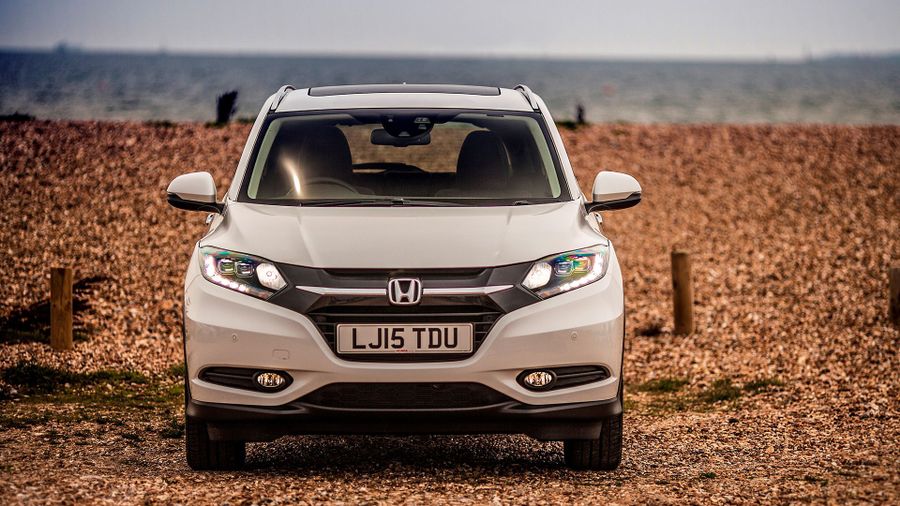 View gallery
“ The 1.6-litre diesel makes a strong case for itself, returning close to 70mpg combined ”

Most small SUVs come with the option of two- or four-wheel drive, but the HR-V does not – so in theory this front-wheel drive model should be cleaner than most of its rivals. Certainly, the 1.6-litre diesel makes a fairly strong case for itself, returning close to 70mpg in official tests, and emitting a tax-friendly 104g/km of CO2. This second figure does rise slightly if you choose one of the pricier trims with larger alloy wheels, but we know from experience in the Civic that this engine is brilliant at eking the most out of its fuel, and will get close to the official figures in real-world driving. The news is less good if you are a petrol buyer: the 1.5-litre unit will average around 50-58mpg in official tests depending on the spec you choose, but it needs working harder than the diesel, so it’s likely to use a fair bit more fuel than the figures suggest. As for other costs, residual values are predicted to be rock solid across the range, the insurance groups are low, and there are some fairly competitive finance deals, too.

Honda has proved time and again that its cars are mechanically robust, and as long as they are maintained properly, they’ll run and run for years without issue or complaint. This well-deserved reputation is backed up by the brand’s current position at the number one spot in the Warranty Direct reliability index. The HR-V might be a brand new model for the company, but many of its parts have been tried and tested in other Hondas, with no real issues reported. The HR-V uses a lot of the same chassis components as the latest Jazz, for example, and the previous generation of that car is one of the most reliable cars Warranty Direct has tested, so it’s a fairly safe assumption that the HR-V will be robust. It comes with a standard three-year warranty, but coverage does last until you hit the 90,000-mile mark. We’d be very impressed if you managed to drive that far in just three years, though... 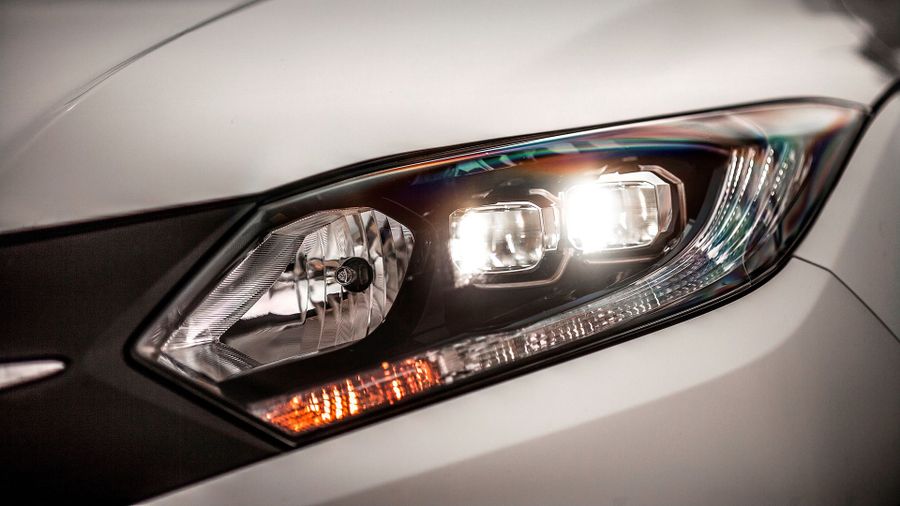 The HR-V scored the maximum five stars when tested by Euro NCAP – which is perhaps no surprise given the amount of standard kit on board. Every model in the range comes with six airbags, traction control, and active city braking, so the car will intervene and brake for you if it anticipates a sudden impact. Mid-range SE versions go one better, with lane departure and forward collision warning systems, hill start assist, and traffic sign recognition. This is the kind of stuff many rivals would charge you extra for - though that does mean you can also decide for yourself whether it's worth the money. Hill start assist, and headlights that’ll recognise oncoming cars and dip the beams for you are also included.

The HR-V is bigger than quite a lot of its crossover rivals – so it also looks a tad expensive by comparison. However, it does come much better equipped than the competition. Even the entry-level ‘S’ models have cruise and climate control, DAB radio, and 16-inch alloy wheels. Mid-range SE versions are even more generously supplied, with bigger wheels, a touch-screen for the infotainment system, plus useful features like all-round parking sensors, auto lights and wipers, and an uprated stereo. You have to go up another trim to get navigation, though. Top-of-the-range EX versions boast luxuries like leather upholstery and a big glass sunroof, but represent poor value when compared with other cars in this class. 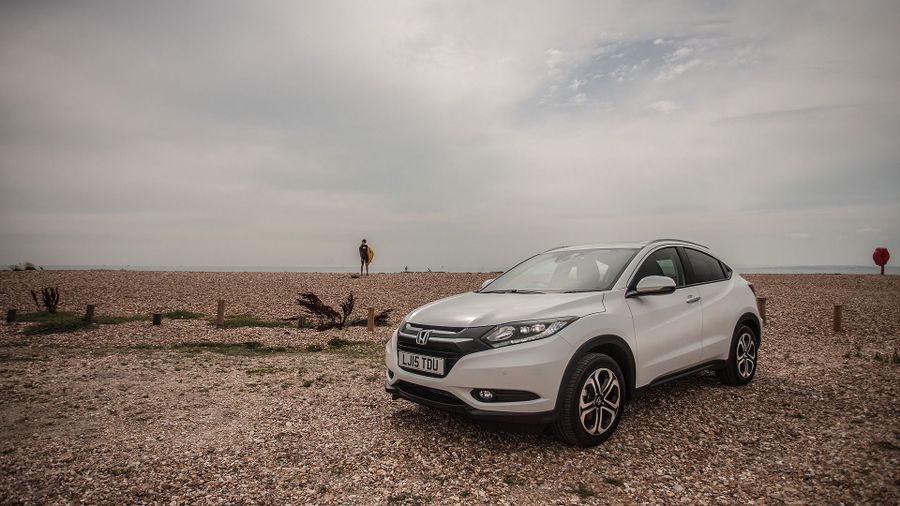 View gallery
“ Worth a look, but not a new class-leader ”

If you want a family SUV that majors on space and versatility, the HR-V has a lot of useful interior space, a big boot and a frugal diesel engine. It's likely to be very reliable, comes well equipped, and has an excellent safety rating. However, if you plan to go off-road, fancy a bit of excitement behind the wheel, or want something a bit cheaper that does a similar job, there are several rivals that are better all-rounders to choose from. Worth a look, then, but not a new class-leader. 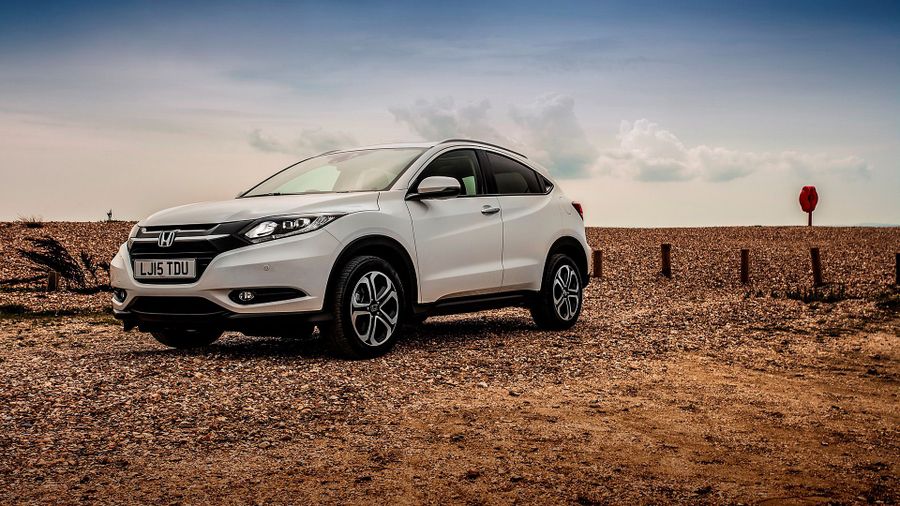