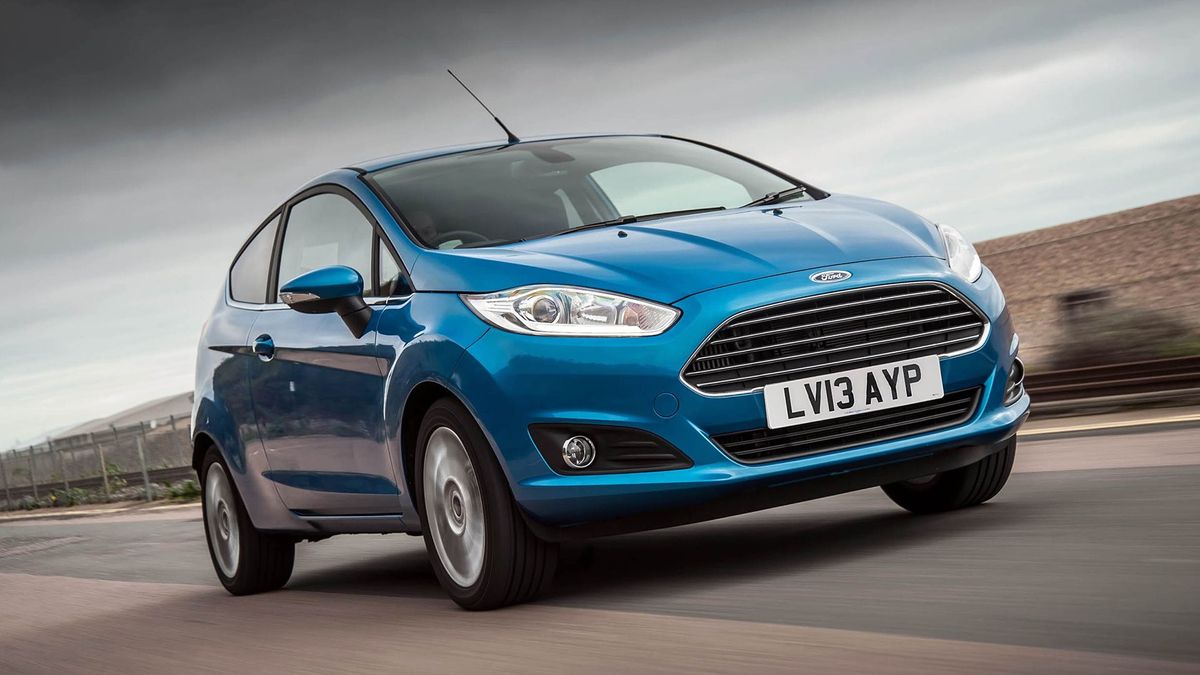 The Ford Fiesta is a class-leading supermini boasting fine handling, good looks and decent practicality. It is very hard to fault this popular model.

Pick of the range
Fiesta 1.0T Ecoboost 100 Zetec 5dr
Provides everything you need from your Fiesta, for a reasonable price
Most economical
Fiesta 3Dr 1.5TDCi Eco 95 SS
The 1.5 TDCi engine has an official fuel economy of 88.3mpg and CO2 emissions of 82g/km
Best avoided
Fiesta 1.6 105 Powershift Titanium 3dr
This engine and gearbox combo gives poor economy and strangled performance 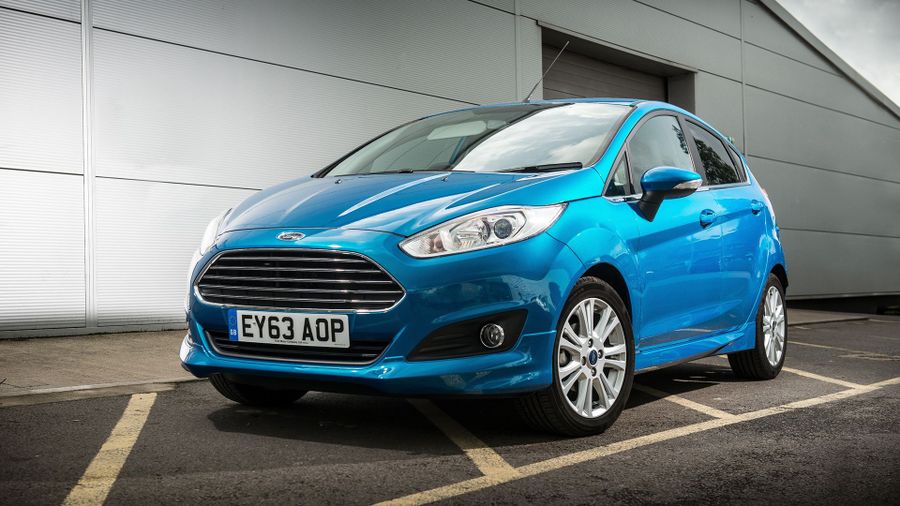 The Fiesta looks dashing with the unmistakeable Ford face. Even the most basic models are attractive, and all models from entry-level Zetec upwards get alloy wheels and front fog lights. Three and five-door models are available across the range. ST-Line models go down a sporty route with larger 17-inch alloys and a bodykit, as well as LED rear lights, while Titanium and Titanium X models go for a more understated upgrade, with 16-inch alloys and rear privacy glass. The sport ST hot hatch models come in a range of flavours from ST-1 to ST-3, all with big wheels and a bodykit, and the range-topping ST200 comes in a unique Storm Grey paint with red-painted brake calipers.

“ The quality of materials feels a bit shaky by modern standards ”

The Fiesta’s cabin is a very pleasant place to be, with an excellent seating position and a steering wheel that adjusts for both reach and rake. However, while the interior was cutting edge at the car’s introduction, the quality of materials feels a bit shaky by modern standards. The central infotainment screen looks small and outdated compared to some of the rivals too, but it’s easy to use. A couple of dials and buttons control the ventilation system, and the steering wheel has controls for the audio system on the majority of models.

With a capacity of 295 litres, the Fiesta’s boot is competitive by supermini standards, if not class-leading. There’s ample room in the back for two adults, making the Fiesta practical enough to be a small family’s one car, but access is much easier in the five-door model. All-round vision is good, too, although the thick windscreen pillars limit forward visibility a little. That said, the car’s precise steering ensures parking is fairly simple, but parking sensors or the rear view mirror-mounted parking camera are worth considering as options. 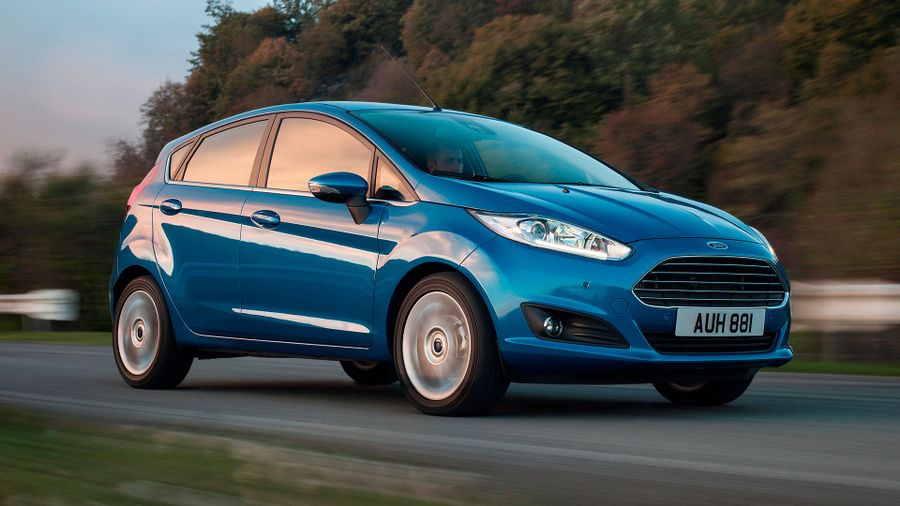 View gallery
“ It’s a joy to thread through bends, but this excitement doesn’t come at the expense of ride comfort ”

Whichever model you’re looking at, the Ford Fiesta is a superb driver’s car. Precise steering and well configured suspension mean it’s a joy to thread through bends, but this excitement doesn’t come at the expense of ride comfort; the suspension soaks up the worst bumps and the ride never becomes fidgety. Overall, the Fiesta is a very mature car, and despite the compact dimensions that make it an ideal car for the urban grind, it is still perfectly stable and composed at speed on the motorway. The ST, meanwhile, is the daddy of the small hot hatches. The ride’s a wee bit firm, but you expect that in a hot hatch, and its incredible sharpness and responsiveness will light up any B-road.

“ The best engine in the petrol range is the turbocharged three-cylinder 1.0-litre Ecoboost petrol unit ”

A 1.25-litre petrol engine is the first step on the ladder, providing 81bhp, but it’s found wanting on motorway drives. A cleaner, but less powerful 1.0-litre engine – with 79bhp – is also available, as is a 1.6-litre unit with 104bhp. The best engine in the petrol range is the turbocharged three-cylinder 1.0-litre Ecoboost petrol unit. Available with either 99, 123 or 138bhp, it pulls strongly in a very un-petrol-like way from below 2000rpm, so it takes little effort to get the car moving at a good pace.
Diesel options comprise a 1.5 with 74bhp or 94bhp, the latter of which is available in Econetic form, with average economy of 85.6mpg. It does the job of shuttling car and driver around town, but its main attraction is efficiency rather than punchy performance. The 1.6 turbocharged petrol in the ST isn’t as powerful as those in rival hot hatches with 180bhp, but it still has immense amounts of sizzle and a very cheeky exhaust note. The ST200 model has a bit more grunt, with 197bhp. 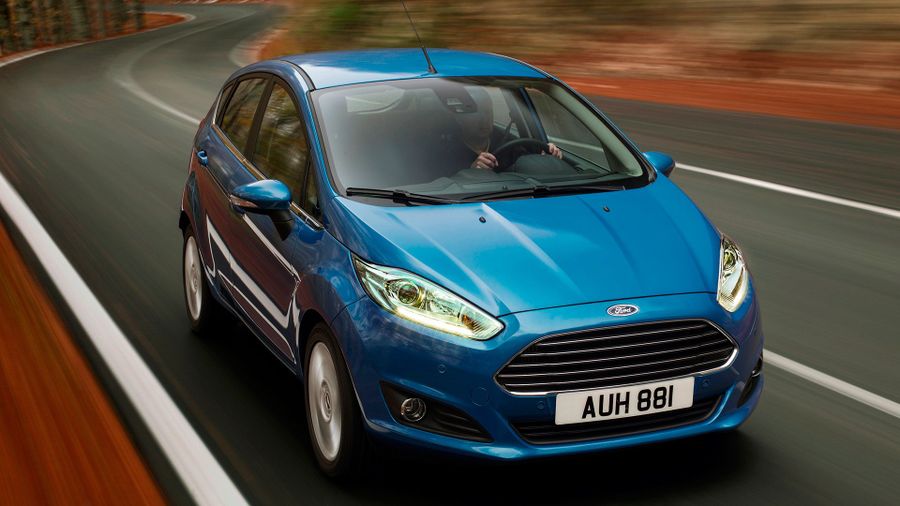 Prices aren’t cheap, and Ford’s residual values aren’t the strongest, but the brand’s willingness to offer huge discounts will more than make up for that, making this an affordable car overall. In the past, you would have had to choose an Econetic model to ensure the lowest running costs, but such is the pace of change that the majority of Fiesta models – petrol and diesel – have CO2 emissions of less than 100g/km. All of these have average economy of more than 60mpg, with the most frugal (the Econetic) managing to eke more than 85 miles from a gallon of diesel. All this equates to low tax rates for both private and company car drivers, while some of the safety features (see below) qualify for lower ratings with some insurers.

We haven’t heard any horror stories from Fiesta buyers concerning common faults, and the car has performed well in customer satisfaction surveys and reliability studies. For example, Warranty Direct’s Reliability Index places the Fiesta near the top of the scale for dependability, with Ford also performing very well as a brand overall. That sort of performance should provide buyers with plenty of confidence.

The Fiesta received a maximum five-star rating in Euro NCAP crash tests, although that was back in 2012 when tests were less stringent than today. However, the real headline-grabbers are the bits and pieces that are available on top of the seven airbags that come as standard on every model. This includes Active City Stop – which helps drivers avoid low-speed collisions – and Emergency Assistance, which forms part of the SYNC system. Also available is MyKey, a system that allows several keys to operate the car, but with various settings (such as the car’s maximum speed, the volume of the stereo and so on) uniquely programmed to each key by the owner. This lets parents, for example, reduce the dangers faced by teenagers at the wheel. 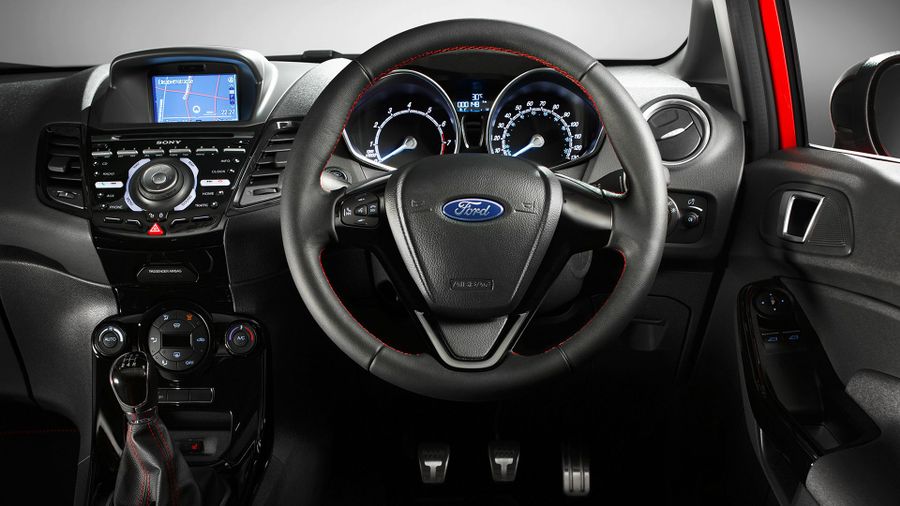 The Fiesta is available in wide range of trims, all of which have a DAB radio and LED running lights, as well as a heated windscreen and a leather trimmed steering wheel. The ST-Line cars come with sports seats and sports suspension. More luxurious is the Titanium with its power folding mirrors, automatic wipers and lights, automatic air-con and cruise control, while range-topping Titanium X models feature keyless entry, rear parking camera and sensors and part-leather upholstery.

The Ford Fiesta is very well built and good to look at, so there’s no surprise it is consistently one of Britain’s best-selling cars. Throw in the fact that it’s also cheap to run and exceptionally good to drive, and the Fiesta should certainly be on any supermini buyer’s shortlist. 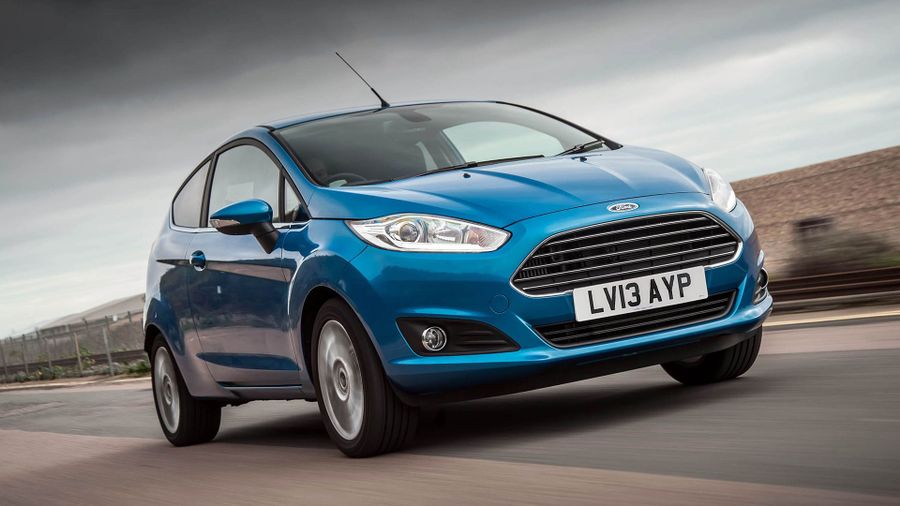 Whichever model you look at, the Fiesta is a superb driver’s car
1/9