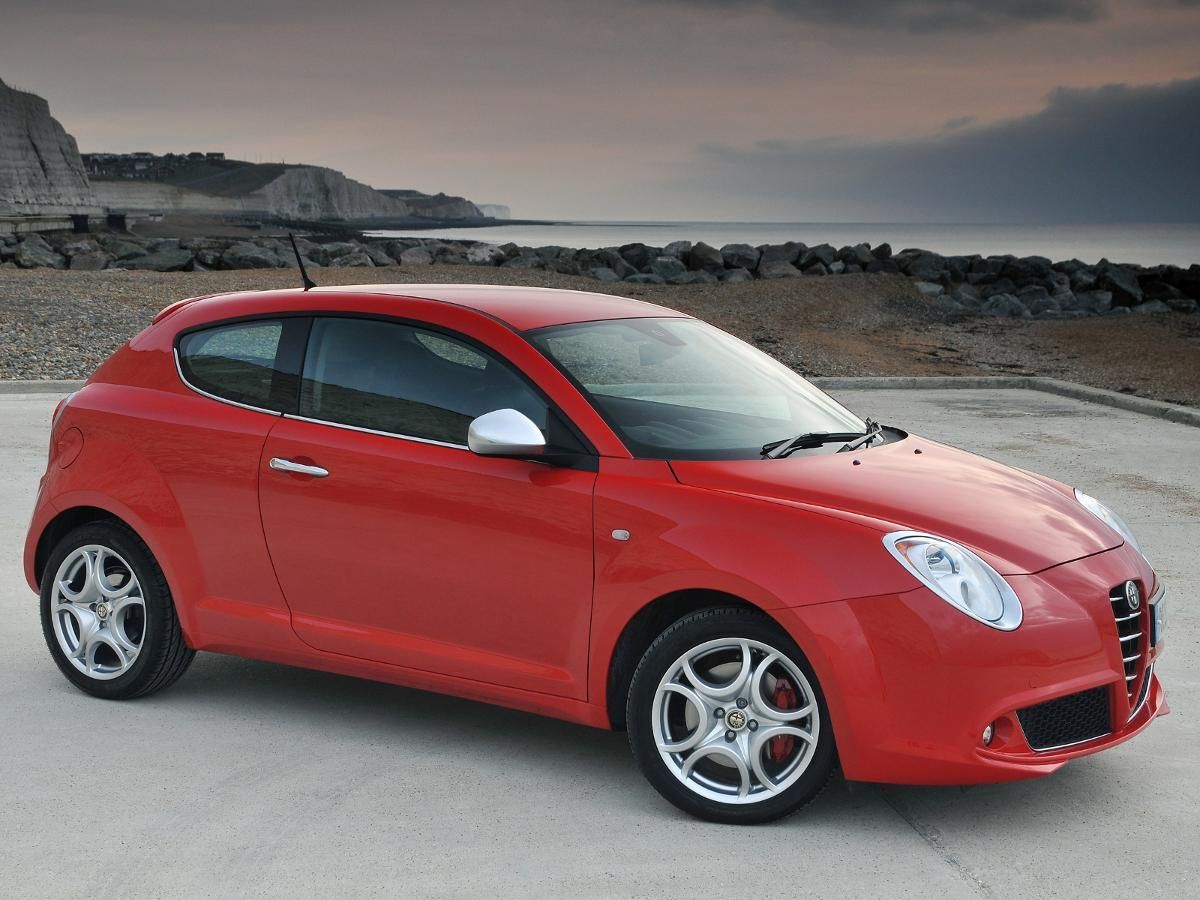 The Alfa Romeo Mito is an alternative to premium superminis such as the Audi A1 and Mini Hatch. Sadly, it’s not a good alternative. It’s desperately disappointing to drive and is bettered by its rivals in most other areas, too.

The Alfa Romeo MiTo is only available as a three-door hatchback and takes its design cues from the admired Alfa 8C Competizione. The v-shaped bonnet, high waistline, flared wheelarches and LED lights certainly help it stand out from the crowd, but the bulky rear lines further back mean that, to our eye at least, it doesn’t quite capture enough of the 8C’s visual drama overall. The design will be one of those that divides opinion, though, and whether you think the Mito is as handsome as premium rivals such as the
Mini and
Audi A1will be a very personal thing.

The dashboard has a certain flair in the way it’s designed but, importantly, the various switches and buttons are still logically placed and clearly marked, so you can find and use all the functions fairly easily. However, while the interior materials and textures are interesting, they’re also rather hard and don’t have the outright class of those you’ll find in premium rivals such as the Audi A1 or Mini. Getting comfortable could also be an issue, because there’s no reach adjustment on the steering and the driver’s seat is a little short on support where lumbar adjustment isn’t fitted (namely on entry-level Sprint trim). The tiny rear window and thick rear window pillars also mean that your over-the-shoulder visibility is woeful.

This is another area in which the Mito struggles. The rear seats are cramped for both headroom and legroom, and they’re hard to get into in the first place due to the narrow opening you have to clamber through. Once you are in, the high window line makes things feel rather dark and dingy, too. You only get four seats as standard, and you have to pay extra for five. What’s more, adding this option is the only way you’ll get a split-folding rear seat to boost the car’s versatility. The boot isn’t a bad size at 270 litres, but the tailgate opening is awkwardly shaped and there’s an enormous load lip that’ll make loading heavy items difficult.

Drivers can choose between three driving modes courtesy of the DNA toggle switch on the central console (DNA stands for Dynamic, Normal and All-weather). In truth, you’ll only ever drive the car in Dynamic mode, because if you don’t, the throttle responses are unbelievably slow. Even then, they’re not the sharpest. Dynamic mode also dumps more weight into the steering, but it still feels vague and slow to respond, limiting the fun you’ll have. Body control isn’t particularly impressive, either, but despite the sloppiness, the ride is still punishingly hard on the standard suspension. The more powerful petrol and diesel engines get a different setup as standard, but we haven’t tried it yet. The hottest Quadrifoglio Verde version has another suspension setup that uses electronically controlled shock absorbers, but we haven’t tried that yet, either.

The entry-level petrol engine is a 103bhp version of the Fiat Group’s two-cylinder Twinair engine. While it feels perky at the bottom of the rev range, it needs working pretty hard to extract more meaningful performance, and it gets rather rough and noisy when you do. The sweet spot is the 133bhp 1.4 engine, which is as strong and smooth as you could want it to be. Another version of this engine is used in the hot Quadrifoglio Verde to give 168bhp and, while we haven’t driven it, the on-paper figures look pretty impressive. We haven’t tried the 83bhp 1.3 diesel yet, either, but the 118bhp 1.6 diesel is a strong, smooth performer.

The Mito is pitted against premium supermini rivals such as the Mini Hatch and Audi A1, and it’s priced as such, meaning it’s not cheap to buy. Unfortunately, the Mito doesn’t make as much long-term financial sense as those rivals, because its resale values are nowhere near as strong. That said, it does have an efficient range of engines: only the most powerful petrol model fails to better 50mpg according to official figures and the best of them, the 1.3-litre diesel, gets upwards of 80mpg.

Alfa Romeo’s reputation for reliability isn’t exactly sparkling, which is supported by Warranty Direct’s latest data: the brand currently languishes near the bottom of the manufacturer rankings. Various customer satisfaction surveys have criticised Alfa dealers for their poor customer service, too..

Impressive. The Mito has no less than seven airbags as standard, including one to protect the driver’s knees in a smash. This generous provision of safety kit has helped the Alfa Mito achieve the maximum five-star Euro NCAP safety rating. There is also a whole host of electronic driver aids to help keep you out of trouble in the first place, which includes the all-important electronic stability control and a function that electronically mimics the effect of a limited-slip differential.

The Alfa Mito is available in four trim levels: Sprint, Distinctive, Sportiva and Quadrifoglio Verde. Standard features for the Sprint include alloy wheels, climate control, and a touch-screen infotainment system with USB and auxiliary inputs, Bluetooth phone connectivity, voice control and audio buttons on the steering wheel. Distinctive adds cruise control, rear parking sensors, and various visual upgrades, while Sportiva cars get an even racier makeover. So does the Quadrifoglio Verde, along with an active suspension.

Because you like the car’s curvaceous looks and its prestige image. However, you’ll be disappointed by how the car drives and it can’t match its major rivals in a number of other areas. We’d look elsewhere. 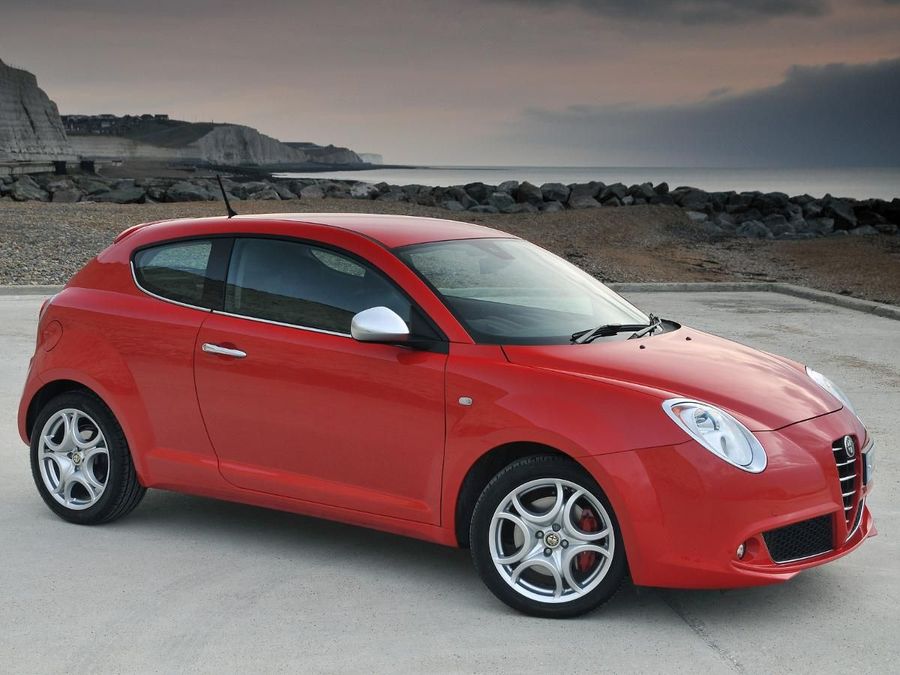