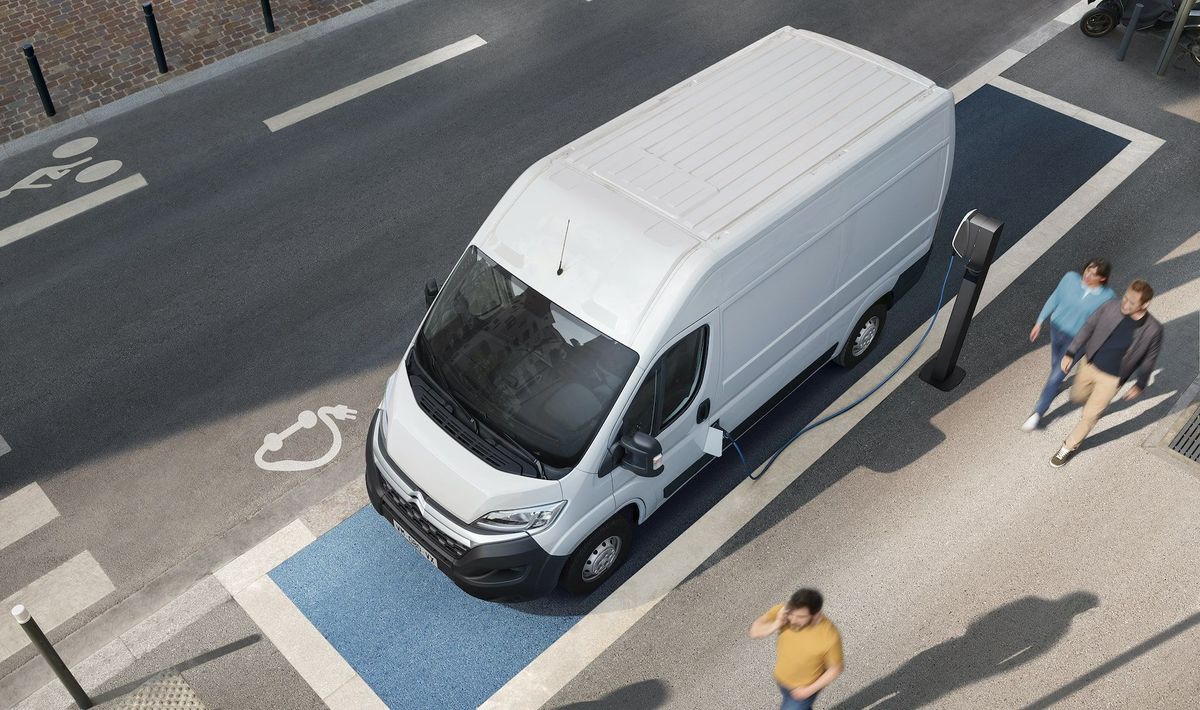 View gallery
These are the electric vans to look out for in 2021 and beyond, with battery-powered models launching in every sector. If you are after an electric large, medium or small van, then you will have more choice than ever before.
1. Citroen e-Relay/Peugeot e-Boxer – early 2021
Citroen and Peugeot’s biggest vans are getting slightly long in the tooth, but this hasn’t stopped the companies from promising an EV version.

The Relay and Boxer electric were first shown at the CV Show in Birmingham in 2019, and they are expected to go on sale in 2021. Both have been converted by specialist company BD Auto, which means that the basic size and shape of the van remains unchanged.

The UK details haven’t been confirmed yet, but the European model will offer a range of up to 211 miles. This is if you go for the 70kWh battery, while the 37kWh battery offers 124 miles of range. Super-fast charging, a choice of multiple body shapes with four lengths and three heights and a chassis cab option and a maximum internal space of 17m3 means that there is plenty to look forward to on the electric version of Citroen and Peugeot large vans.
2. Citroen e-Berlingo/Peugeot e-Partner/Vauxhall Combo-e – early 2021
When the team behind the small van that wears four different badges – Citroen, Peugeot, Toyota and Vauxhall – designed it, it did so with an electric model in mind. Like the others, the Berlingo gets its battery-powered version as of early 2021.

The electric Berlingo etc will share parts with their bigger equivalents – the Dispatch, Expert and Vivaro. They will come with a 100kW motor, which provides the equivalent of 136hp. There is only set to be one battery option to start off with – a 50kWh unit that you can charge with a 7.4kW single-phase or a 11kW three-phase charger. As for range, the bigger Dispatch manages 148 miles on a 50kWh battery, so hoping for something in excess of 150 miles would be reasonable.

All three should offer much the same in the way of equipment and packaging as the PSA Group bosses wouldn’t want one to outshine the others in terms of value for money.
3. Ford E-Transit – 2022
Ford’s flagship van doesn’t go fully electric until 2022, but when it does it promises some decent official performance figures.

Payload is impressive, too, with Ford targeting up to 1,616kg of carrying capacity for the panel van. The 269hp power rating is another astonishing figure – the diesel engines don’t come with any more than 185hp. 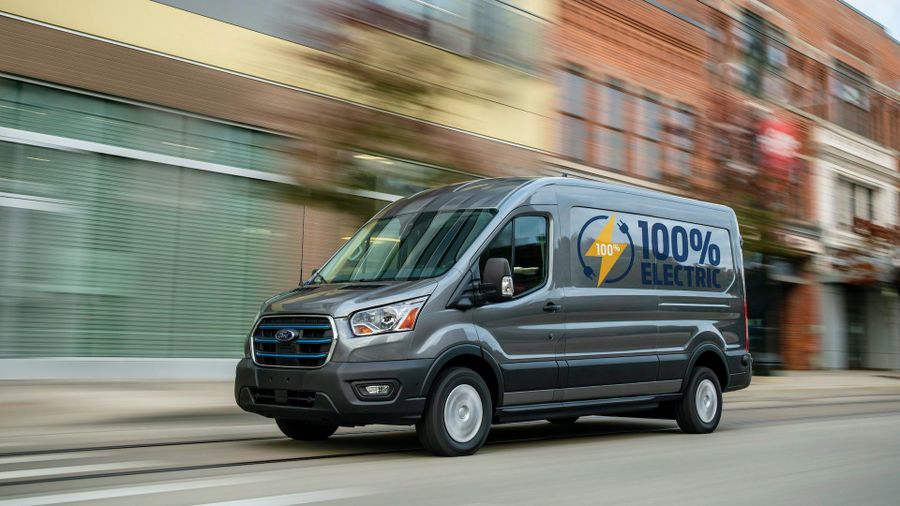 View gallery
4. Maxus e Deliver 9 – 2021
Maxus is the new name for LDV, and the brand is putting electric vans at the core of its range. The e Deliver 3, for example, is only available as an electric van – there aren’t any other engines available.

The Deliver 9 is the second electric van that Maxus has launched, and it offers a similarly impressive set of figures as its smaller cousin. There are three battery options to pick from, which is more than most rivals - 51.5kWh, 72kWh and 88.55kWh – and a range of up to 219 miles from the biggest of those batteries.

The fast charging ability means it can be taken from 0-80% in 45 minutes, while it take 5 hours to replenish its charge on AC power.

There are two lengths available, and two gross vehicle weights – a 3500kg model and a 4050kg version. The latter can be driven on a standard category B, or passenger car, licence, but only if you have a bit of extra training. The largest of the two models offers up to 11m3 of space in the loading bay, which is somewhat smaller than the Citroen Relay and Peugeot Boxer. A payload of up to 1700kg is serious impressive though.

Prices start at £55,000 (not including VAT) once you have taken the government grant into consideration. 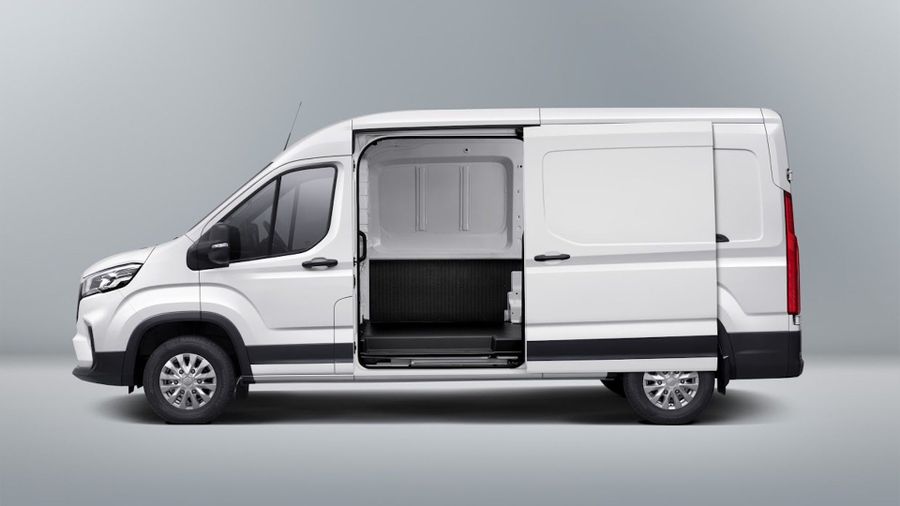 View gallery
5. Mercedes-Benz eCitan – late 2021?
There is very little known about the electric version of Mercedes’ smallest van, other than the fact that there is going to be one. Mercedes has confirmed on its website that there will be an eCitan but hasn’t said much more than it will have ‘compact dimensions and a large load compartment.’

Given the Citan shares elements with the Renault Kangoo, so don’t be surprised if the two offer a similar battery/motor combination to one another.
6. Mercedes eSprinter – early 2021
The Mercedes-Benz Sprinter is one of the best big vans you can buy and the electric version has some intriguing figures that might well appeal too.

The official range of 96 miles isn’t huge, but it is competitive with other big electric vans that are on sale at the moment. Rapid DC charging means you can get 80% of your battery charged up in 30 mins.

The payload is just 774kg, though, so this isn’t a van for throwing a load of heavy gear into the back of. 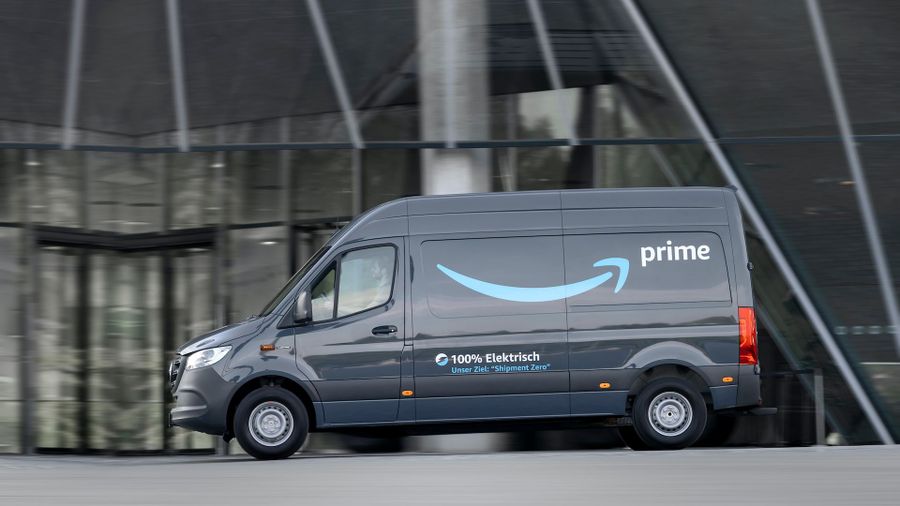 View gallery
7. Renault Kangoo Z.E. – 2021
The Renault Kangoo is a rarity on the list of forthcoming electric vans as it is one of the few models that is entering its second generation. The Kangoo has had an electric model since 2011, although this new model is likely to prove more popular than the first given the appetite for electric vehicles has grown somewhat since those early days.

The new model is due out in 2021, and is likely to repeat the formula of the old model somewhat. This means that it will share components with other Renault/Nissan electric models like the Renault Zoe (which is also available in commercial vehicle form) and the Nissan Leaf. Full details will be confirmed closer to the Kangoo’s launch this year.

Given the Kangoo was one of the original trailblazers in the electric van sector, it is reasonable to hope that the new model might be something to look forward to as well. 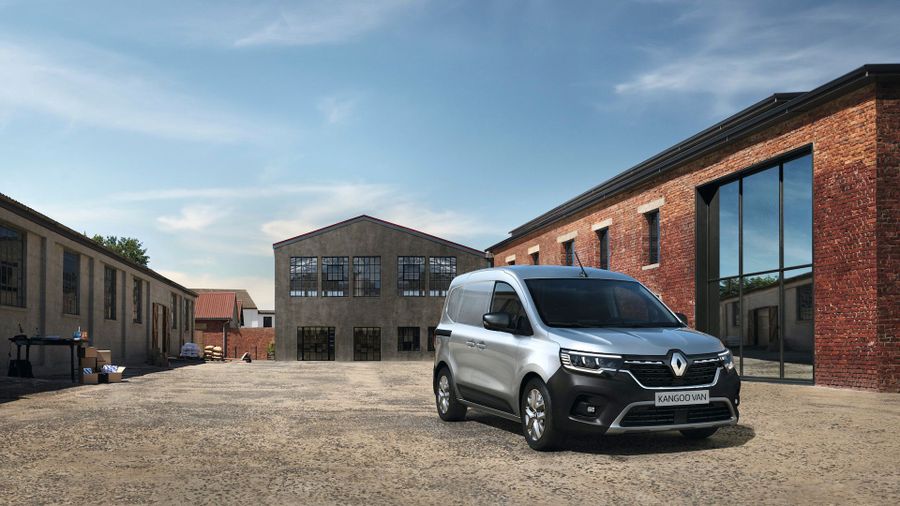 In almost every other sense it should be much the same, though. The Proace City has a slightly smaller number of versions to choose from, and a longer warranty, than the others, so the Toyota might offer similar differentiators on the EV model, too. 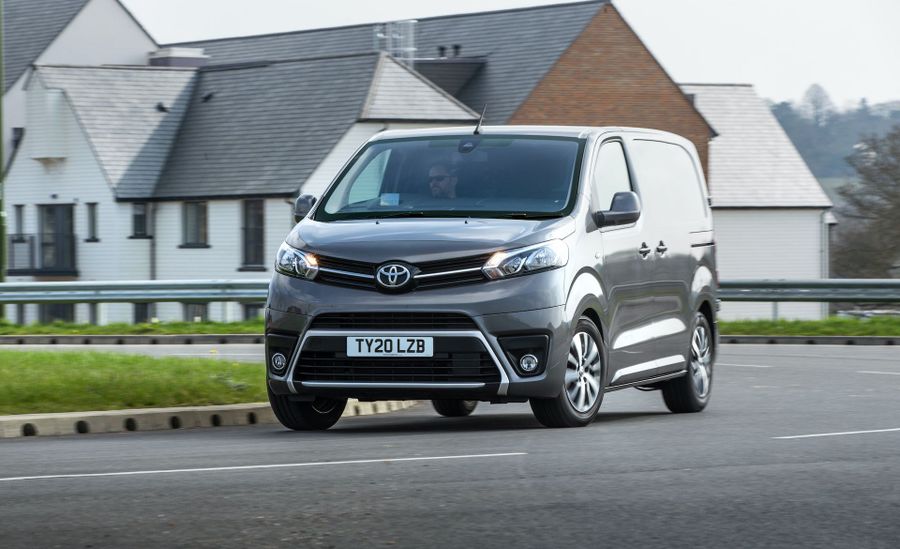 View gallery
9. Toyota Proace electric – 2021
The Toyota Proace will follow in its Citroen Dispatch, Peugeot Expert and Vauxhall Vivaro siblings’ footsteps and add an electric version to the range.

Expect a similar offering to those models, with a range in excess of 200 miles a high likelihood. Toyota’s five-year warranty will be another selling point.
10. Volkswagen ID Buzz Cargo - 2022
The VW ID Buzz Cargo is the reason why the Caddy isn’t coming with an electric version, as Volkswagen reckons that the ID Buzz Cargo, or rather the production model that the concept eventually turns into, is the thing to pin its hopes on instead.

Whether the finished version will have the same impressive features as the concept remains to be seen. These include a theoretical maximum range of 341 miles, a solar panel on the roof that can boost the range by nine miles and a 150kW electric motor. The three seats up front and 800kg payload are features that are more likely to make it to production though.

Whatever VW does with the finished model, we’ll have to wait until 2022 until it becomes a reality. 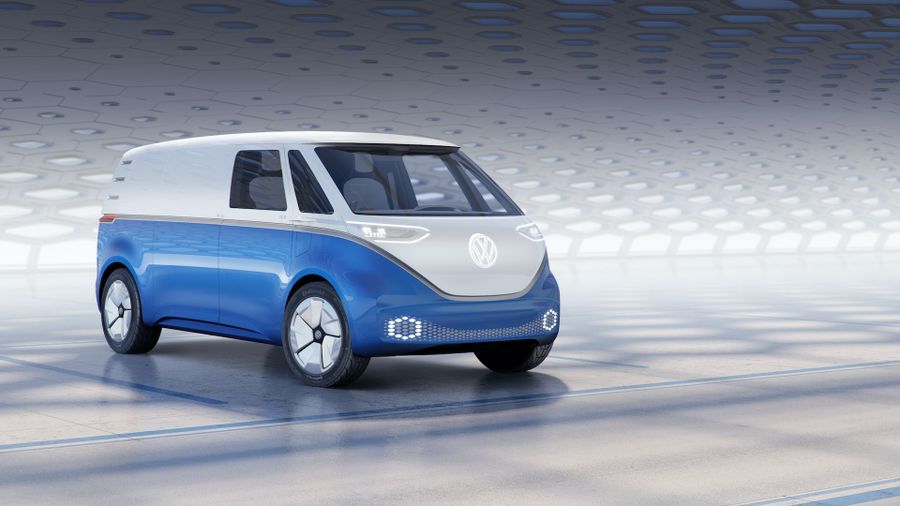 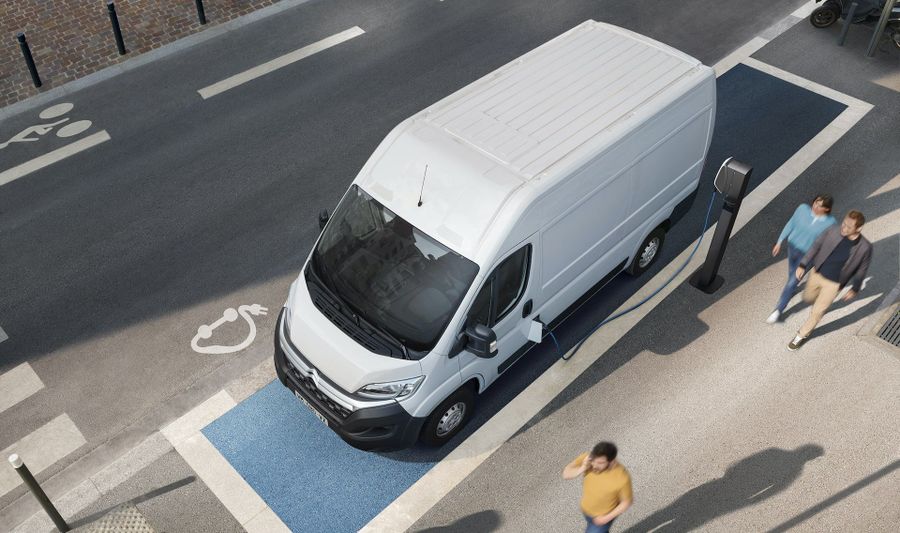