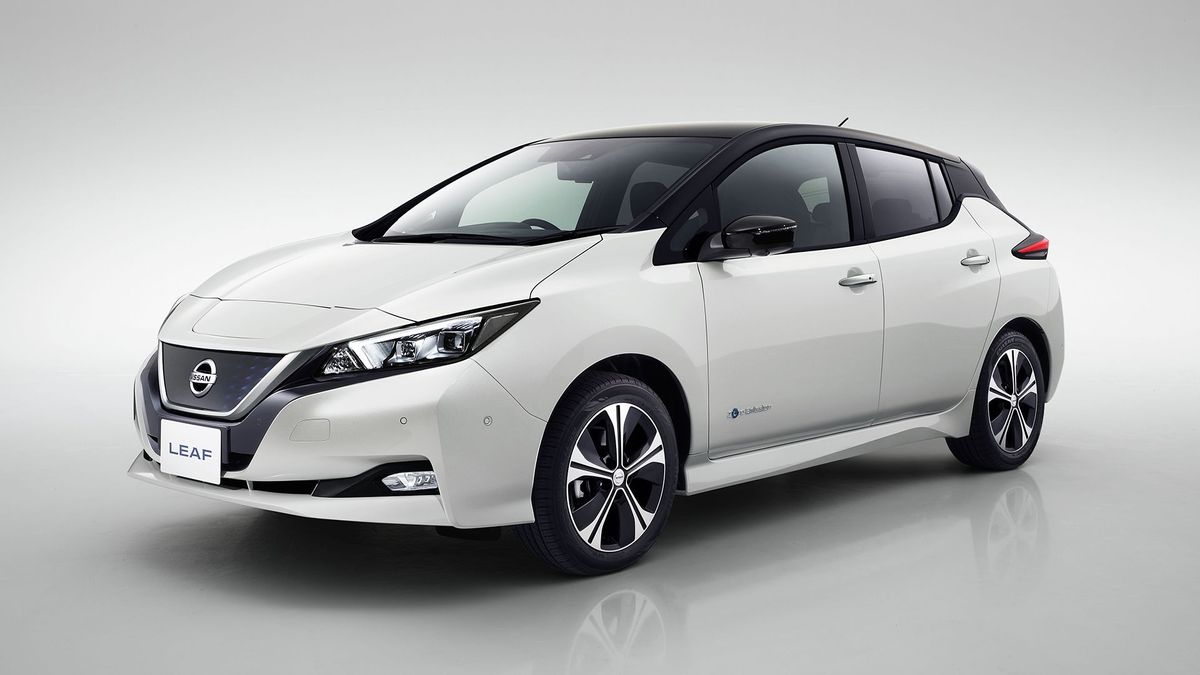 First published: 6th September 2017
Share on Facebook on Twitter
Nissan has revealed its brand new Leaf, which the company claims is the most advanced mass-market electric vehicle in the world. Not only will go further on a single charge than the previous model, it also brings lots of new technology.

Whereas the previous Leaf looked like nothing else, it's clear the looks of this latest version are very much designed to fit in with the rest of the Nissan range. That means the front end features the company’s familiar ‘boomerang’ headlight design and the ‘V-motion’ grille, which it shares with the X-Trail and Qashqai. However, what sets it apart from other Nissans are the blue details in the grille, as well as the contrasting colour on the ‘floating’ roof.

The car itself is 4480mm long, making it a little longer than a Ford Focus or Volkswagen Golf. 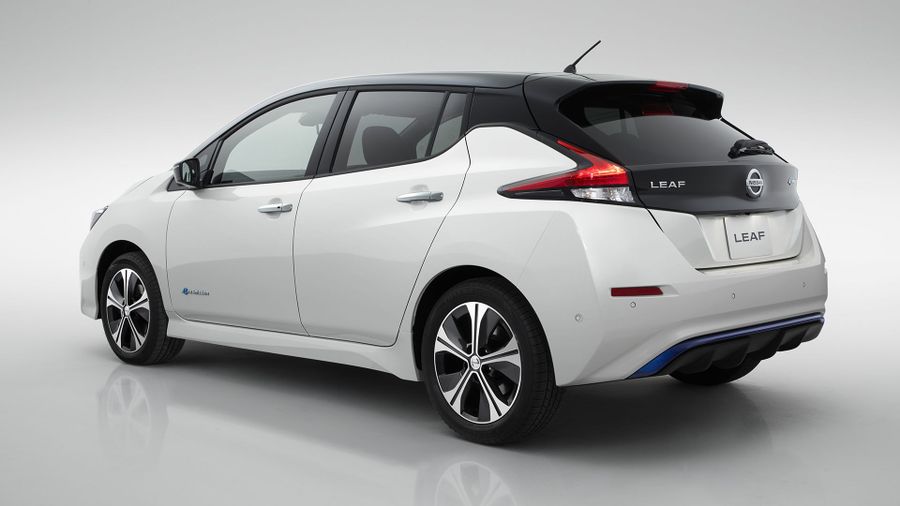 View gallery
Inside, the cabin is all-new, and very different from the current model, with higher-quality materials and a better standard of fit and finish, according to Nissan. Buyers can choose to have the interior finished in black or grey, but whichever they plump for, there are plenty of blue details to complement the grille’s colour. The dash is dominated by a 7.0-inch, full-color display, which has been redesigned for easier access to key features in the infotainment system.

Although the battery in the new Leaf can hold more charge than the previous car’s, it’s the same size, so (Nissan says) the cabin will comfortably take five people. At the same time, the boot has been enlarged to provide 435 litres of space, an increase of more than 60 litres over the current car.

Also new is the car’s ‘e-powertrain’, which provides not only more power and stronger performance than the current Leaf, but also a longer range from its lithium-ion battery pack. According to the official tests, the new Leaf will go 235 miles on a single charge, which is a big leap over the 155 miles recorded by today’s 30kWh model. 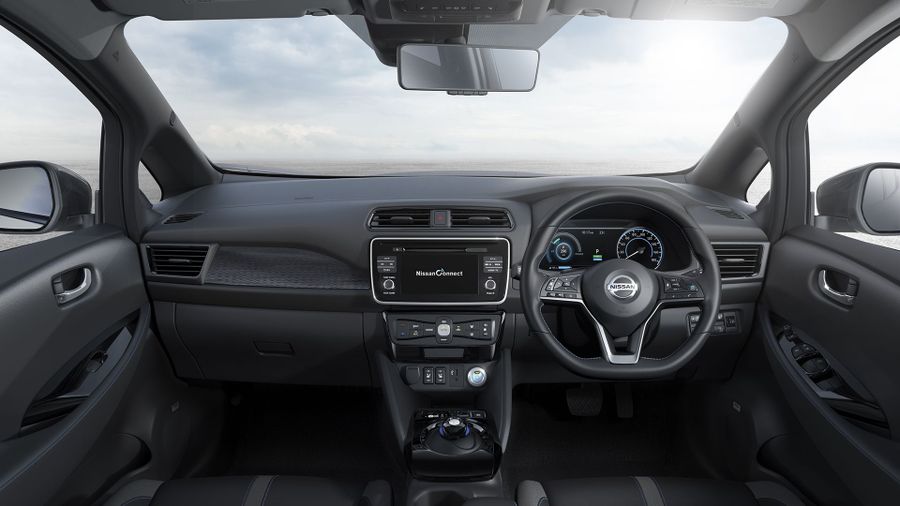 View gallery
If that’s not enough, Nissan says it will introduce a high-power version with extra battery capacity at the end of 2018. This will be more expensive to buy, but it will give an even longer range.

According to Nissan, a full charge on the 155-mile range car will take 16 hours from a standard domestic socket. However, that time halves if you use a fast-charger; and, you can get the battery up to 80% charge in 40 minutes at a rapid charger.

Owners can also use a new smartphone app to monitor their vehicle’s state of charge, find the nearest charging station, and pre-heat or cool the car before setting off.

On top of this, the car has three new driver-assistance features. On single-lane roads, ‘ProPilot’ automatically controls the distance to the vehicle in front, using a speed preset by the driver (between about 19 and 62mph), as well as helping the driver steer and keep the vehicle centered in its lane.

If the car in front stops, the system will automatically apply the brakes to bring the Leaf to a halt. When the traffic restarts, the car will move off when the driver touches the switch or presses the accelerator pedal. 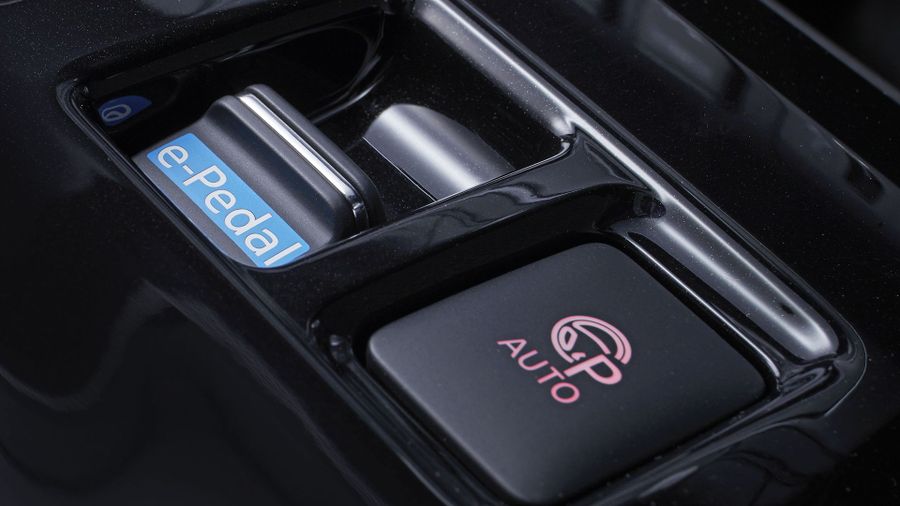 View gallery
Meanwhile, ‘Propilot Park’ takes over all the steering, acceleration, braking and gear selection to automatically guide the car into a parking spot; and finally, the ‘e-Pedal’ system allows drivers to start, accelerate, decelerate and stop just by adjusting the pressure on the accelerator pedal.

Nissan says, although the brake pedal still needs to be used for aggressive braking – in an emergency, for example – the e-Pedal system means drivers can use just one pedal more than 90% of the time. 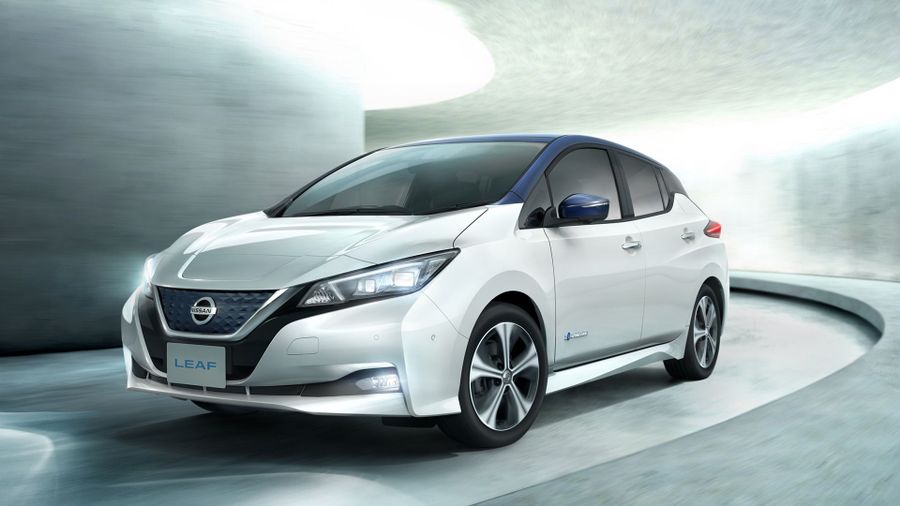 Last, but not least, to improve the way the car drives and make it more stable, Nissan’s engineers have adjusted the Leaf’s chassis, as well as improving the steering to give more feel and feedback to the driver.

Nissan is yet to confirm precise specifications of the Leaf that we’ll be able to buy in the UK, but what the company has said is that it will go on sale in January 2018. 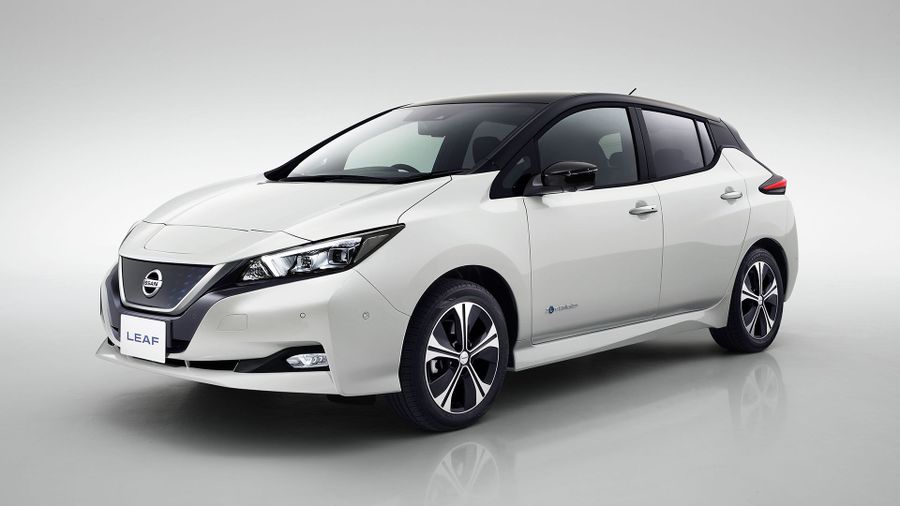