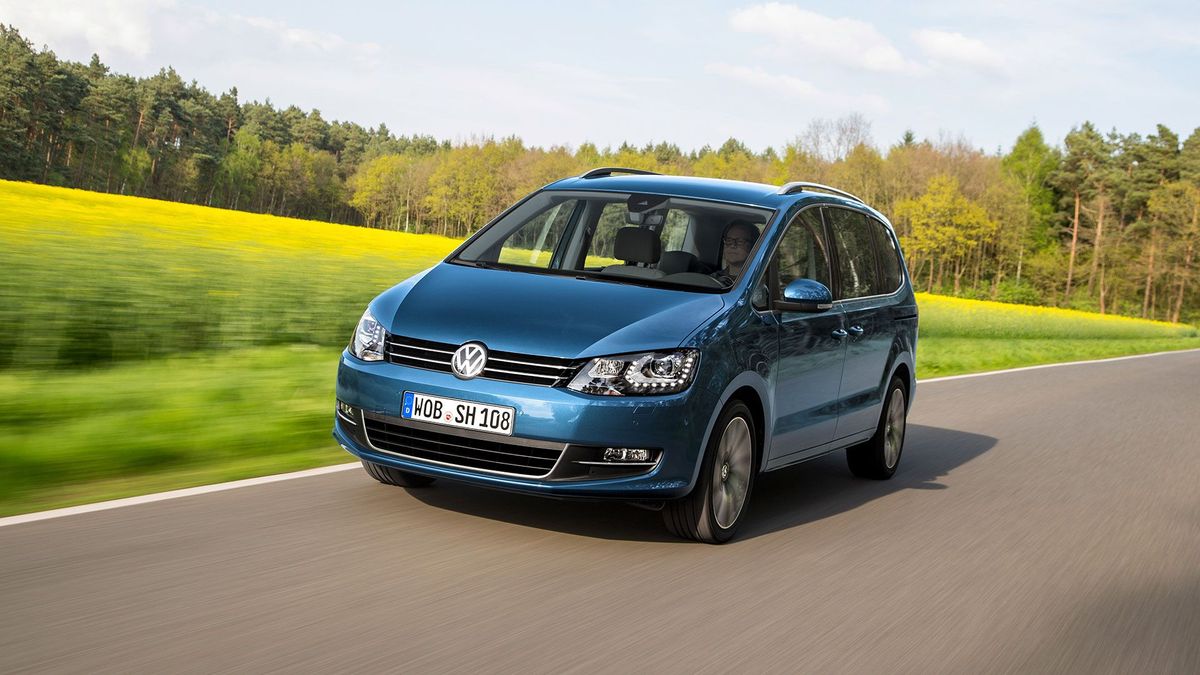 First published: 19th June 2015
Share on Facebook on Twitter
Auto Trader verdict:
The Volkswagen Sharan hasn’t changed a whole lot, but it’s still one of the finest seven-seat MPVs money can buy, with massive practicality, impressive quality and a comfortable, family-friendly driving experience. Trouble is, it requires a whole lot of money to buy it. But, if you’re after the most practical car you can lay your hands on, then forking out for the Sharan will be worth it. 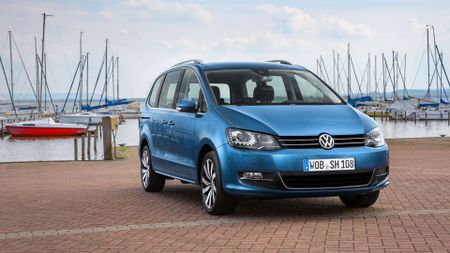 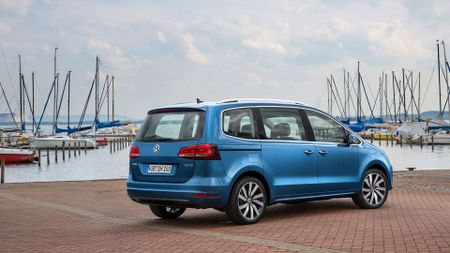 View gallery
Need to Know:
What is it?
We’ve always liked the Sharan for one simple reason. It’s about as roomy and as practical as MPVs get, and surely, that’s the whole point of an MPV, isn’t it?

Well, the current car has been kicking around since 2010, and five years on, it’s time for a small spruce-up. The trained eye will notice new LED running lights, and there are also new alloy wheel designs on offer, along with new choices of both upholstery and steering wheel on the inside.

Perhaps the biggest news, though, is the revised range of engines, which are up to 15% more efficient than the ones they replace. The lower CO2 emissions will be good news for company car drivers, important when around 70% of Sharans are sold to fleets. 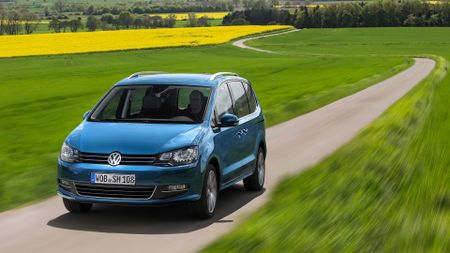 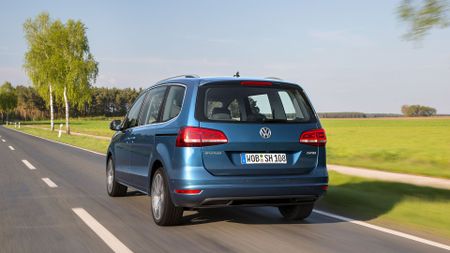 View gallery
What's it like?
To drive, exactly the same as before, but that’s no bad thing. The Sharan behaves exactly like you want a big people carrier to. The ride is forgiving enough to keep you comfortable at all times, yet there’s enough control in the suspension to prevent the body lolloping sideways in bends (at least that was the case on the cars we drove, which were all fitted with adaptive suspension that’s a £825 option).

Meanwhile, the impressive suppression of exterior noise make the car a calm, relaxed environment for you and your family. The light controls and clear visibility make this a very easy car to drive as well. Sure, the steering is a bit slow, and could do with a self-centring action that’s a shade stronger, but we’re really splitting hairs there.

The 148bhp 2.0-litre diesel engine is pretty flexible, too, which keeps life easy when you’re trying to build or maintain speed, and it’s quiet and smooth enough to maintain the Sharan’s impressive level of refinement. We also tried the more powerful diesel, with 181bhp, but it’s not worth the extra money you’ll pay for it because it barely feels any quicker, and actually the refinement suffers slightly, because the engine is under more stress than in the less powerful model. 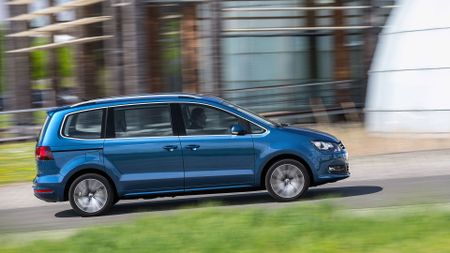 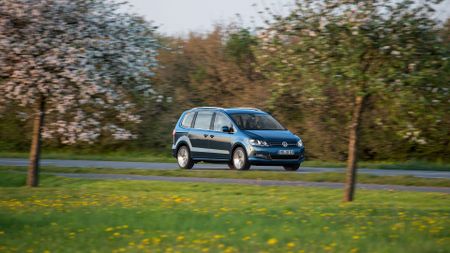 View gallery
One more diesel engine is available, another 2.0-litre diesel with 113bhp, but we didn’t get to try it. We did, however, try the only petrol engine available, a 1.4-litre turbo with 148bhp. It pulls the car along at a decent enough rate when there’s only a couple of people on board, but it does feel a shade on the strained side even then, and that’s only going to get worse once you’ve loaded the car up with people and luggage.

However good to drive the Sharan is, though, it’s much more important that it can sufficiently do the job of an MPV. Happily, it does that job better than pretty much anything else. The cabin is simply massive, so much so that whichever of the seven seats you find yourself in, you’ll have shedloads of head- and legroom, even if you’re a six-foot adult.

Each seat is an individual chair, and all but the driver’s seat have an Isofix child seat mounting point. So, even if you find yourself in the unlikely situation of having to cope with newborn sextuplets, the Sharan can handle it. Provided, that is, your other half is prepared to get the bus to wherever it is you’re going.

In less extreme family scenarios, the Sharan is simply wonderful. The boot is still a useful size with seven seats in place, absolutely massive in five-seater mode, and when there’s just the two of you, the load bay would trouble that of many vans.

What’s more, all the seats fold flat into the floor, so there’s no need to remove and store them for trips to the dump. What’s more, there are storage spaces and handy touches dotted around all over the cabin, making the Sharan one of the most practical and versatile cars on sale at any price.

The cabin is also impressive on quality, with a solid, robust feel and lots of appealing materials and finishes on display. Finding a comfy driving position is simple, and the new touch-screen infotainment system is fairly easy to get to grips with. 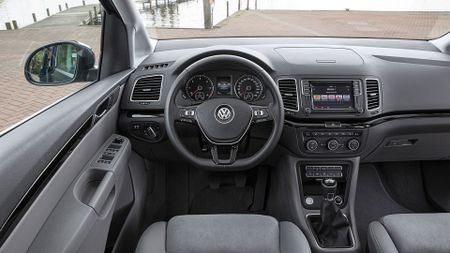 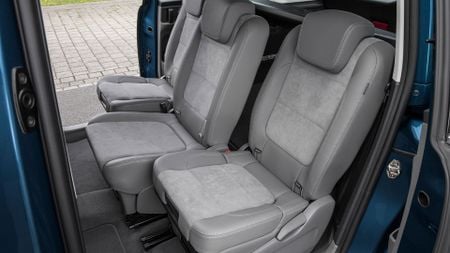 View gallery
Should I get one?
If you’re after a car that’s as family friendly as it’s possible to get, then absolutely, but don’t expect it to come cheap.

There’s no getting away from the fact that the Sharan is an expensive car, and costs a good slice more than many of its sever-seater competitors. The extra space the Sharan has over most of them will be worth the cash for some buyers, but for others, one of the VW’s smaller, cheaper rivals will probably do the job.

Also, don’t forget that a new Seat Alhambra is just around the corner. This is essentially the same car as the Sharan, so it’ll be every bit as practical and good to drive, but it’s also likely to be a fair bit cheaper.
Key facts:
Also consider:
Citroen Grand C4 Picasso
Chic Gallic styling and immense practicality, but more compact than the rest

Ford Galaxy
As big as the Sharan, and just been overhauled itself 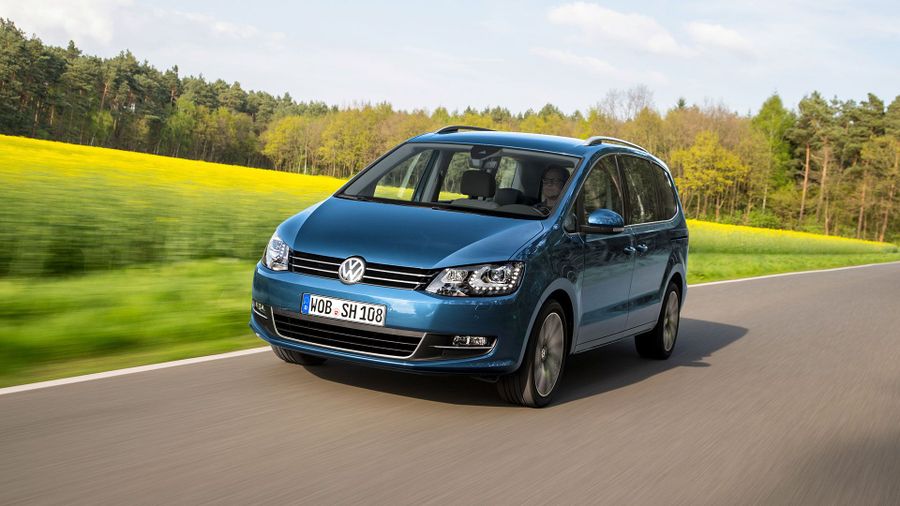