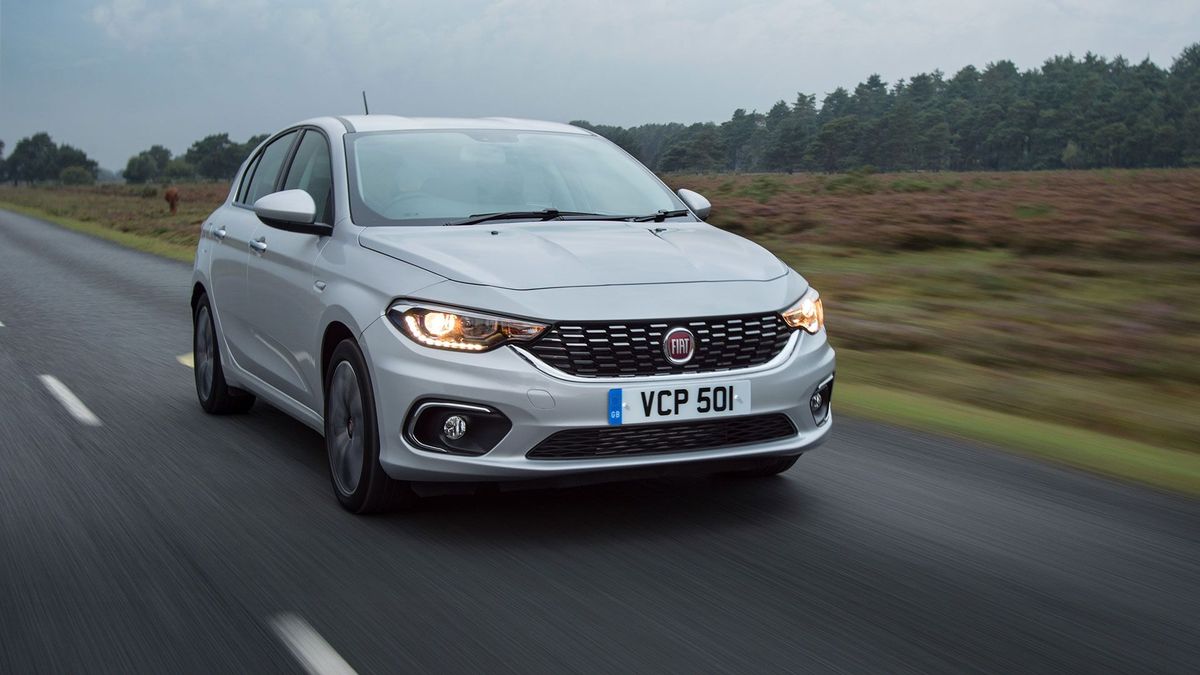 First published: 26th September 2016
Share on Facebook on Twitter
Auto Trader Verdict:
As a completely rational choice, it’s very hard to argue with the Fiat Tipo. It provides lots of space and a decent amount of kit for a very tempting price, and it’ll be pretty cheap to run as well. It’s not the most pleasurable car, either to drive or to sit in, but if you’re just after competitively priced transport, there’s plenty going for it.
Need to know:
What is it?
Something of a departure for Fiat. With most of the firm’s other models, the words used to promote them are all about style, flair and joie de vivre (or whatever the Italian equivalent is). With the Tipo – Fiat’s new rival for mainstream family hatchbacks like the Ford Focus and Vauxhall Astra – the language used is a lot more, well, sensible. Here, it’s all about affordability and practicality, and for buyers who prioritise value-for-money above all else, that’ll be no bad thing. 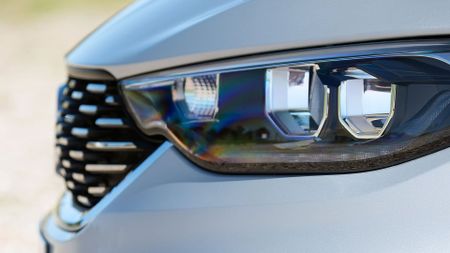 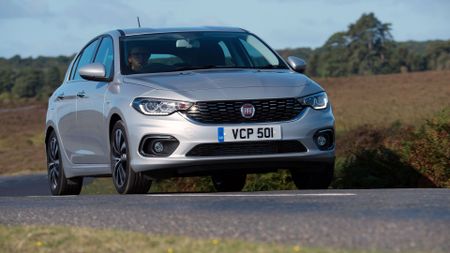 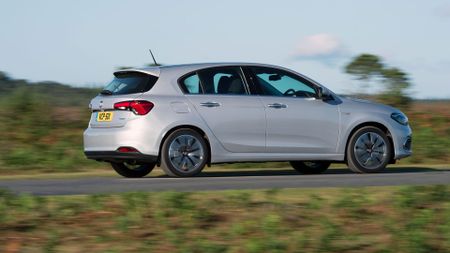 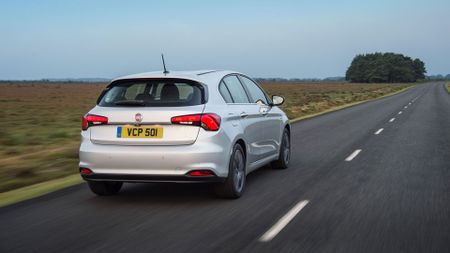 View gallery
What is it like?
Very, well, sensible. Climb inside the Tipo, and you can instantly see it for what it is: a budget hatchback that concentrates on the basics rather than the fripperies. The interior makes very few concessions to style or plushness, with a conventional no-nonsense layout, and materials that are rather short on tactility. However, the simplicity makes everything easy to use, and what the materials lack in poshness, they make up for in solidity.

One of the best things about the Tipo’s cabin is the amount of space inside. It’s generous enough that a pair of six-foot adults can sit in the back behind a pair of similarly sized pals up front, and with room to spare. A flat transmission tunnel makes life a little comfier for a fifth passenger, too, but the middleman will still have to sit on a seat that’s slightly harder and higher than those either side. The boot, meanwhile, is comfortably bigger than in most family hatchback rivals, providing an impressive 440 litres of space. However, there’s a big lip to negotiate when loading heavy items, and the back seats lie at an awkward angle when you fold them down.

The Tipo’s budget status can be felt rather more on the road. The gearshift is woefully notchy, the steering is strangely heavy, feeling rather artificial and inconsistently weighted, and the suspension can struggle to deal with some of the more severe ruts that the UK’s battered road network can throw at it, especially at low urban speeds. That said, the car never gets to the point of being uncomfortable, and it does manage to change direction with reasonable accuracy thanks to decent body control. It’s not as fun or as cultured as the best cars in the class, but it’s not at all bad considering the low price.

Having said that, the price wasn’t as low as it might’ve been where our test car was concerned, because we drove the 1.6-litre diesel version in Lounge trim – pretty much the most expensive model you can get. Even so, the engine is a highlight, with generous low-down urge giving you good flexibility for a nice, easy life. The pace stays pretty limited when you work it harder, but the unit always stays quite smooth, adding to the car’s laid-back nature. 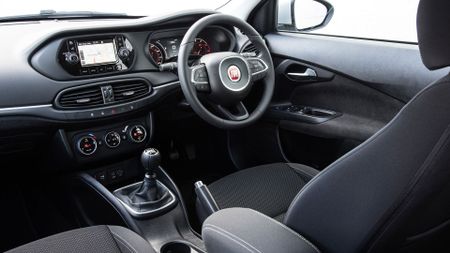 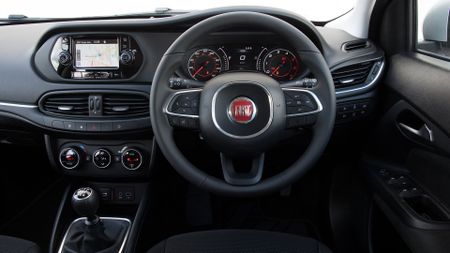 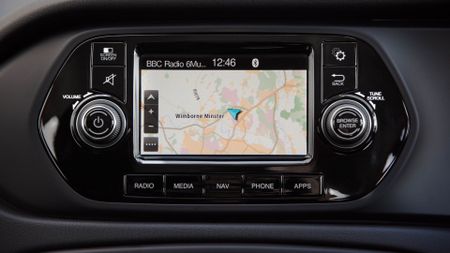 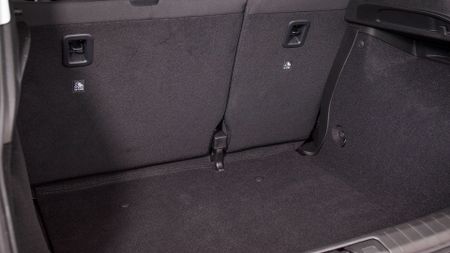 View gallery
Should I get one?
All too often, it’s common for ‘budget’ cars to have all the shortcomings of a budget car, but not have a low enough price tag to justify them. Thankfully, Fiat hasn’t been too greedy in this regard, as the prices are genuinely impressive. The range starts at just £12,995, and with £1,000 jumps in price as you upgrade through the range of five engines and three trims, even the most expensive Tipo comes in at just £18,995. As a result, it costs a fair slice less than rivals like the Hyundai i30, Kia Ceed and Nissan Pulsar, never mind the Astras and Focuses of the world.

It’ll prove pretty affordable to run, too. The version we drove is the cleanest available, returning impressive official figures of 76.3mpg and CO2 emissions of 98g/km. All the diesels beat 70mpg, and although none of the petrols can beat 50mpg, they all get close.

Resale values will be pretty key to your long-term ownership costs, and although we’ve seen no figures yet, we can’t imagine they’ll be all that strong with the car’s budget nature. However, when you’re paying so little in the first place, your losses will still be pretty minimal.

In short, the Tipo is a very honest car that does exactly what it says on the tin. It’s not the most exciting, the most desirable, or the most sophisticated car of its type, but it costs you several thousand less than the cars that are. If all you need is basic transport for a bargain-basement price, then you’ll definitely want to give this car a look.
Key facts:
Also consider:
Ford Focus
Sharp and comfortable to drive, but the cabin quality disappoints in places

Nissan Pulsar
Very much a no-frills proposition, but not as cheap as the Tipo

Vauxhall Astra
Better than ever to drive, and decent value, but still a step up in price 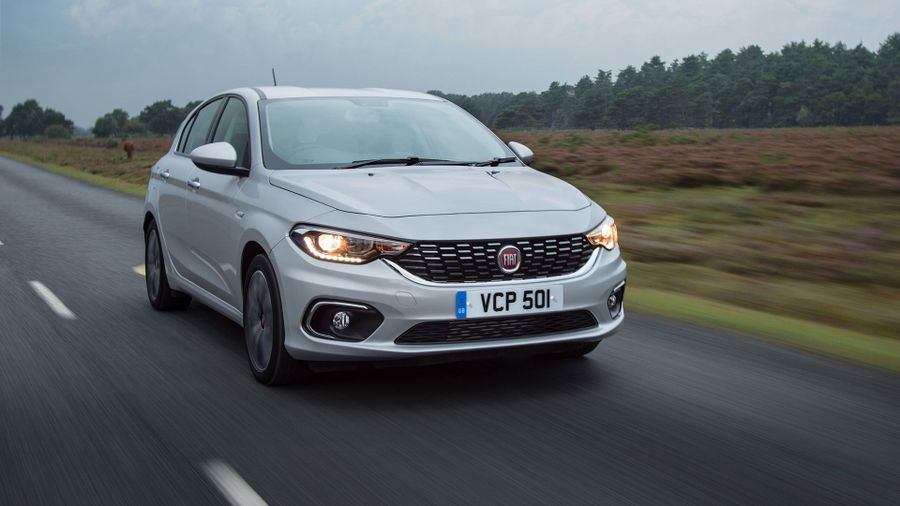