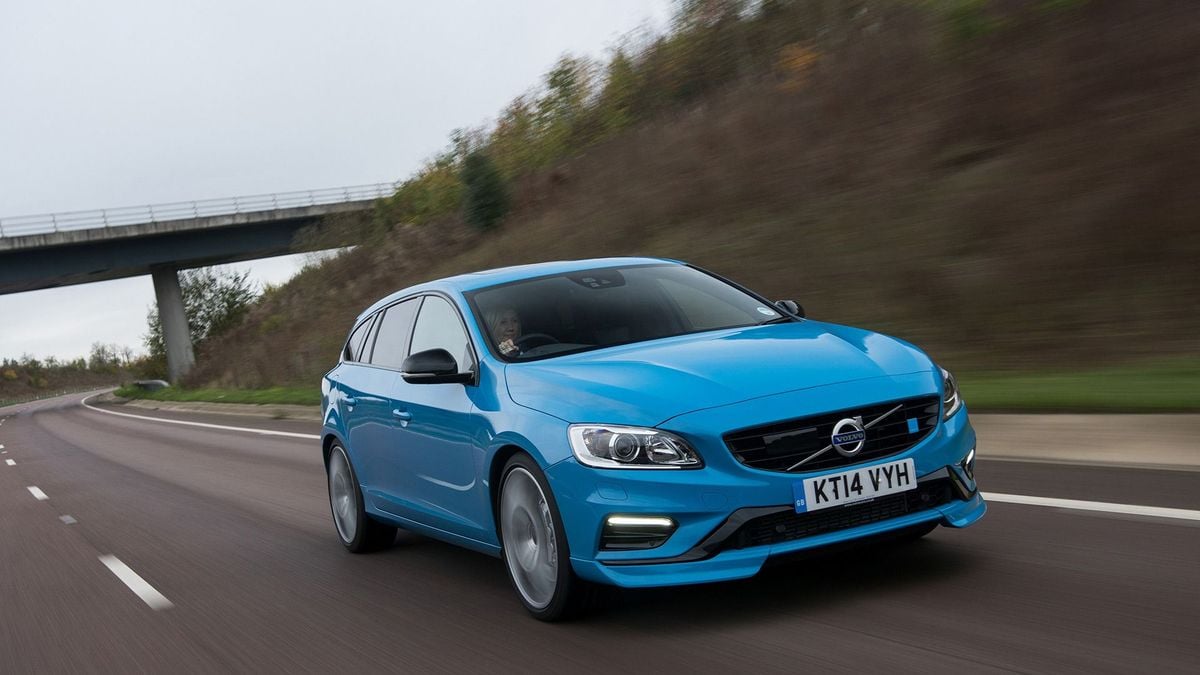 The Volvo V60 isn’t the most polished compact executive estate on offer, in terms of both how good it is to drive and how practical it is. However, it is good-looking, safe, well-equipped and good value for money, so if you fancy a slightly left-field choice of premium estate, it’s a decent bet.

Is the Volvo V60 the best-looking car of all the premium estates? From the rear, quite possibly. There are hints of the Volvo C30 hatchback, with a big glass screen that almost looks like a tailgate on its own, and the side profile shares the coupe-like look of its saloon brother, the S60. Viewed against the stout sides, the V60’s nose looks a little severe but, as a whole, the car cuts a smart and sophisticated shape compared with its rivals. Different versions of the V60 have their own look. All models have alloy wheels and roof rails, while SE cars add chrome window trims. SE Lux versions have Xenon headlamps and silver roof rails, while R-Design cars get bigger wheels, a lowered suspension and a body kit complete with rear diffuser. You can also spec the car in Cross Country guise, which adds jacked-up suspension, black plastic cladding around the wheelarches, silver-coloured skid plates and distinctive badging. The Polestar is the sportiest of the bunch, with bespoke paintjobs and body skirts. 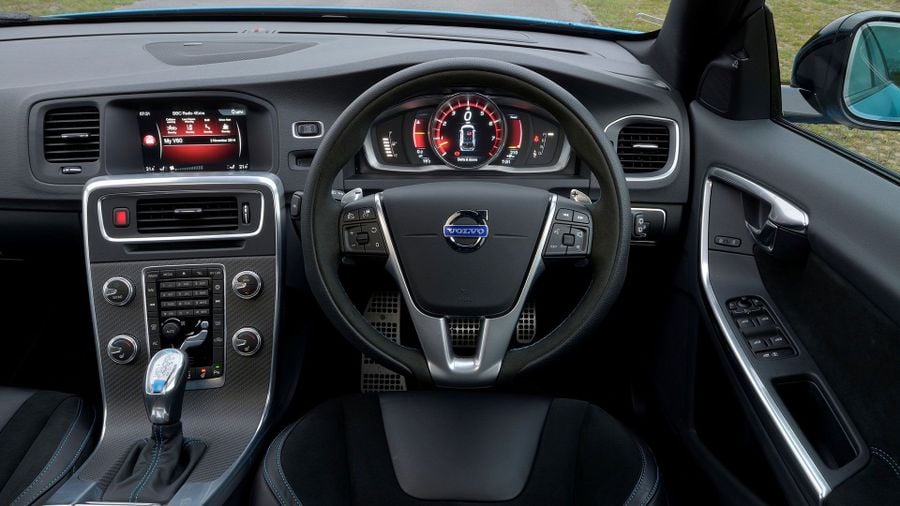 The V60’s cabin is very much a mixture of positives and negatives. On the positive side, the seats are wonderfully comfortable, and the quality of the materials used is really impressive: not quite a match for rivals from BMW and Audi, but not far off. The important dials are easy to read and the dash curves around the driver giving a cockpit-like feel. Elsewhere, however, the cabin ergonomics are a complete mess. The centre console features row upon row of small, fiddly buttons that are too hard to hit at a glance, and the way the infotainment system works requires some sort of sixth sense, with long lists of menus and sub-menus, again, fine for a passenger, but frankly a hazard for a driver to try and use while keeping their eyes on the road. Visibility is hit and miss too, with some big blind-spots over the shoulder to the sloped roof and thick C-pillars. A recent facelift to the V60 means it now gets improved connectivity features, including Volvo On Call, which works with wearable devices, or your smart phone to allow you to locate, lock and unlock and even pre-heat your car before you get into it - certainly handy on a chilly winter day. 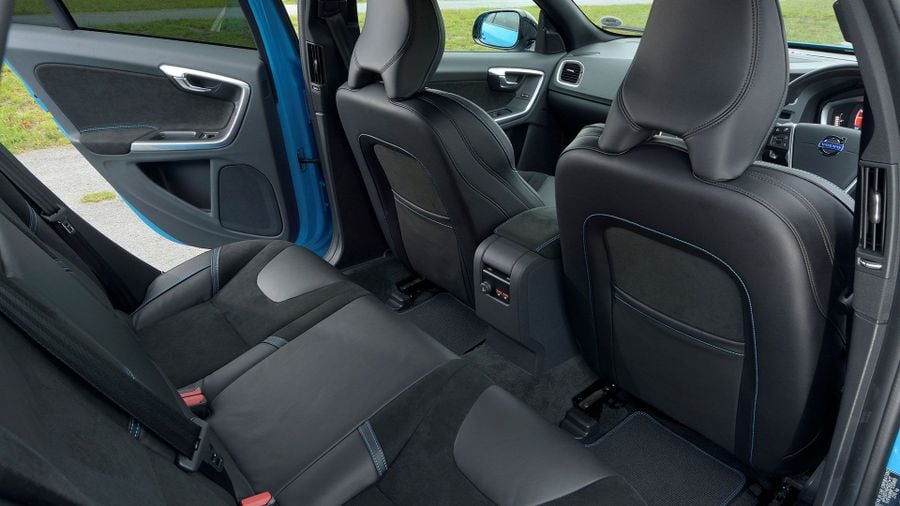 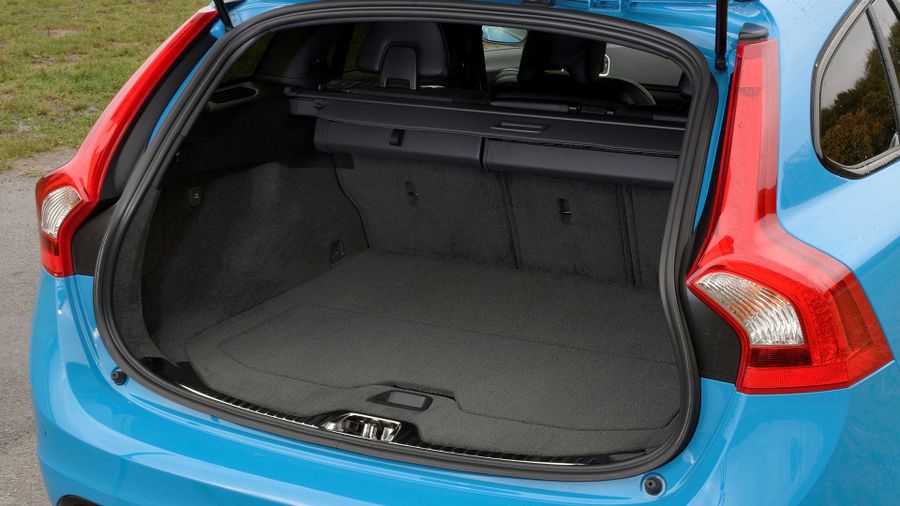 There’s plenty of space for passengers in the V60. The headroom and legroom you get in the rear seats isn’t class-leading, but it is competitive. Three people won’t be all that comfortable in the back, though, because the middle seat is narrower and harder than the outer two, and there’s a wide transmission tunnel to straddle. The boot isn’t as generous as you might expect at just 430 litres, but it is thoughtfully designed, with some nice touches to make the space more versatile. The back seats fold down perfectly flat to leave you with a large extended loadbay, and the front passenger seat folds to create an even longer flat load space.

The suspension fitted to most versions of the V60 delivers a firm-but-fair ride. There’s enough stiffness to let you feel some of the road beneath you, but it’s only when the surface is really scruffy that things get anywhere near being uncomfortable. Even, so, it’s not as cosseting as the best executive estates. R-Design cars have bigger wheels and a lowered suspension, and these take the firmness that little bit too far, and are worth avoiding as a result. The stiff setup on both versions means you get tight body control in bends, and there’s plenty of grip, but the steering prevents the V60 from troubling the best-handling cars in the class. It feels light, slow and rather artificial. The steering in the Polestar feels meatier, but suffers the standard arrangement’s other shortcomings. With upgraded suspension components, it feels extremely composed under hard cornering, but it’s not as playful or as polished as rival performance saloons. And, with its sporty focus, it’s no surprise that the Polestar’s ride isn’t exactly cosseting, but it’s not as punishing as you might expect, either, especially once you’re up to cruising speeds. The comfiest versions are the Cross Country models, with their raised suspension giving more pliancy. True, this does result in a touch more body roll, but it never feels wallowy and nor does it lose its composure. 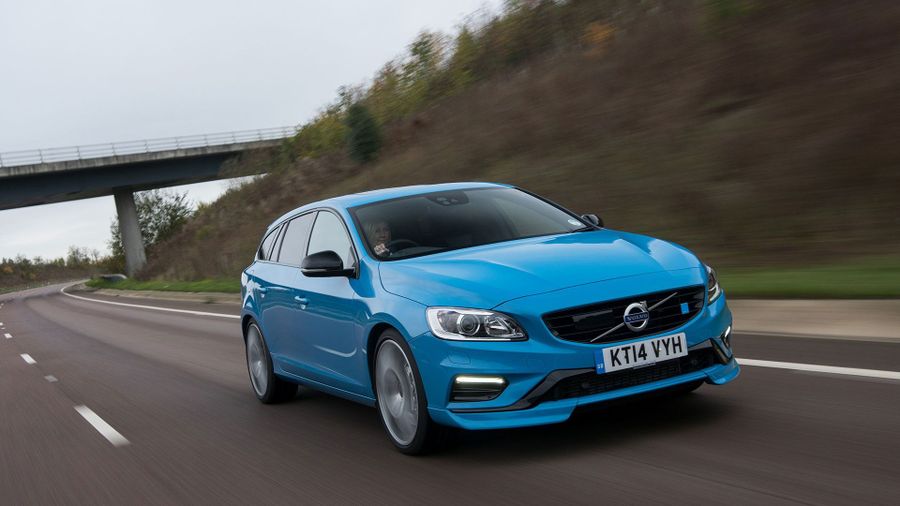 The V60 comes with a wide range of turbocharged petrol and diesel engines. The most popular are the D2 and D3 diesels – a 118bhp and 148bhp 2.0, respectively – but while they’re not short of outright pace, both need working harder than you might expect to get around at a decent rate. The 187bhp 2.0-litre in the D4 feels much brawnier, with a wider spread of urge, but it makes the V60 pricier to buy. The same is true of the plug-in hybrid version, which has a diesel engine and an electric motor to give strong performance and tiny emissions figures. Petrol options include the 188bhp T4, which is smooth and reasonably brisk, and the 362bhp supercharged, turbocharged 2.0-litre in the Polestar. The latter feels endearingly unhinged, with ballistic pace available at all times, but with such a small engine capacity, it can feel a bit strained at times, so it's not as smooth as a six-cylinder. The car has something of a split personality depending on what mode the automatic gearbox is set to; the transmission’s responses are a fraction ponderous in Normal mode, but knock the selector over to Sport, and they become a lot more vicious.

Go for a conventional version of the V60, and it should prove pretty cost-effective. Purchase prices undercut those of the Audi A4 Avant, BMW 3 Series Touring and Mercedes C-Class Estate by a very useful amount, and the Volvo won’t be too far behind on resale values, either. Most of the engine choices are there-or-thereabouts for economy and emissions, too, so fuel and tax costs won’t be crippling. The plug-in hybrid is by far the most efficient version, but it’s very expensive to buy in the first place, and you’ll have to use it in the right manner to get the best efficiency from it. And the Polestar? Well, it’s expensive both to buy and to run, so you’ll have to really, really want a fast Volvo.

The V60’s solid assembly and robust materials make it feel like it’ll last forever, but if you look at data from Warranty Direct’s Reliability Index, you may start to doubt that a little more. The brand currently sits in the bottom half of the study’s manufacturer standings, but that’s more to do with how much problems cost to fix rather than an abnormal frequency of faults. What’s more, the three-year/60,000-mile warranty you get isn’t particularly generous. 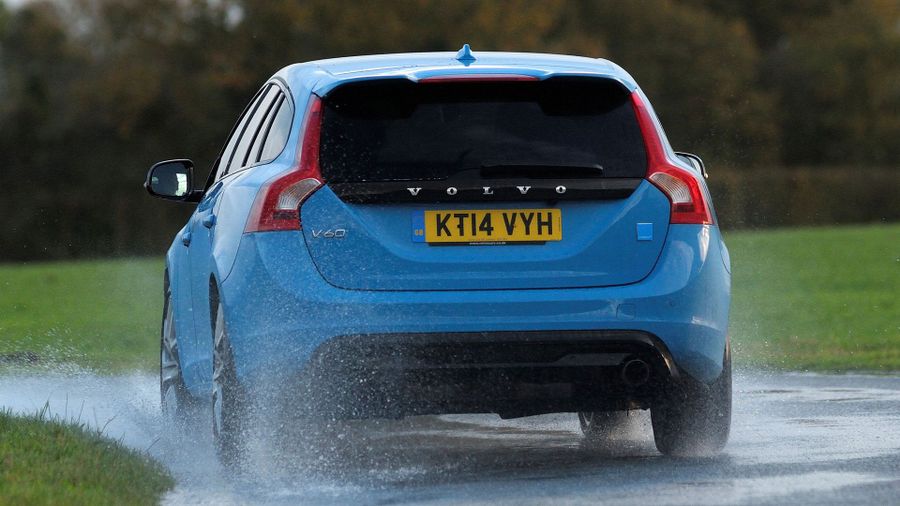 All models come with the same comprehensive level of safety equipment. This includes Volvo’s City Safety system which minimises the risk of, and damage resulting from, low speed bumps by automatically braking the car if a static object is detected in the road. Optional equipment includes blind spot monitoring, lane departure warning (which beeps should the driver veer across white lines on the road) and Driver Alert Control which alerts tired or distracted drivers by analysing their driving patterns. Optional Pedestrian Detection can detect people in the car’s path, warn the driver and apply the brakes before impact. All versions of the car received a full five-star rating from Euro NCAP.

All V60s come with a generous amount of standard kit. Even the most basic car has niceties such as cruise and climate controls, powered mirrors and windows, rear parking sensors, rain-sensing wipers and an audio system that includes Bluetooth, a DAB radio and steering wheel-mounted controls. Stepping up to SE or R-Design trim adds lots of aesthetic upgrades inside and out, but very little in the way of extra luxury kit. SE Lux and R-Design Lux models, on the other hand, bolster the snazzy styling with leather upholstery, a powered driver’s seat and smarter digital dials. The Polestar gets pretty much the lot, including sat-nav (which is also available on ‘Nav’ versions of the other trims) and a pair of electrically adjusting seats. There is also a Business Edition, aimed squarely at company car drivers, so it comes with all the options you might need (including navigation, and a high end audio system) but fewer styling extras than the top spec models.

The Volvo V60 is a stylish, well-equipped and spacious car that majors on safety. It’s also more affordable than most of its rivals, but in many ways, it’s also a bit inferior. Still, it’s a sound left-field choice. 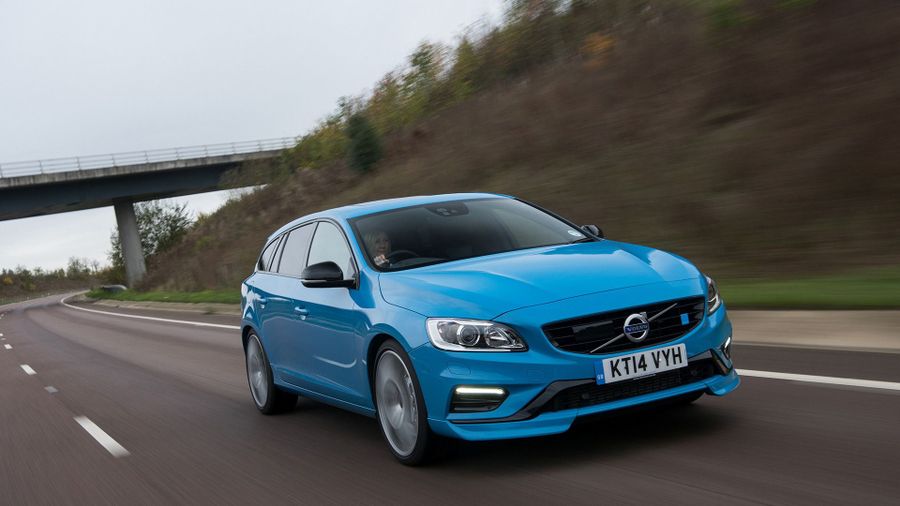