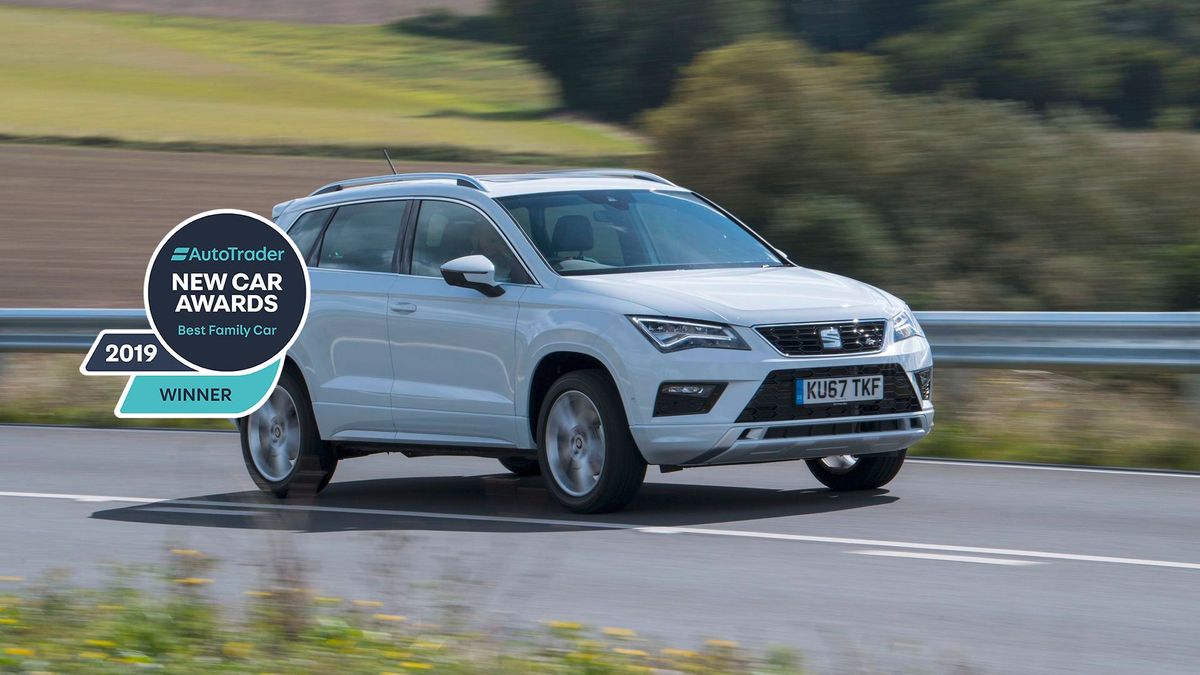 Great looks, agile handling, solid practicality and proven Volkswagen mechanicals put the Seat Ateca firmly onto our shortlist of family car favourites. Attractive pricing and a comprehensive specification list only strengthen the appeal, and it also combines the style and raised driving position of an SUV with the driving manners and running costs of a hatchback. The Ateca was voted the Best Car for Families in the 2019 Auto Trader New Car Awards.

Running costs for a SEAT Ateca 4/5 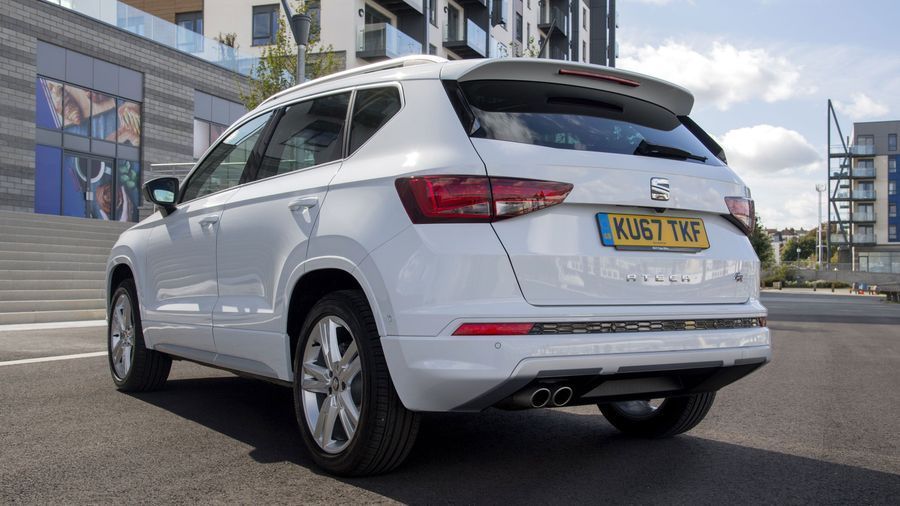 The Ateca is more expensive than rivals like the Nissan Qashqai or Hyundai Tucson, but benefits from strong resale values that will go a long way to offsetting that up-front expense. Fuel economy is very reasonable compared to rivals, and the Ateca benefits from several choices of engine to suit different requirements.

Reliability of a SEAT Ateca 3/5 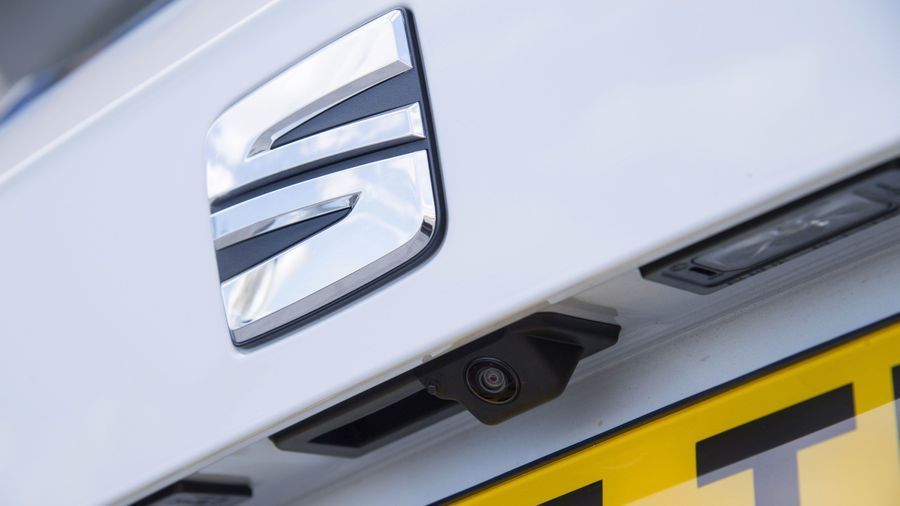 Seat has a decent reputation for reliability, as proved in the 2019 JD Power Vehicle Dependability Study, in which the company placed slap bang in the middle of the manufacturer list, right on the cusp of the industry average. Seat offers fixed-price servicing to keep the cost of maintenance reasonable, but the standard warranty is three years, rather than the five- or even seven-year cover provided by some rival manufacturers.

Safety for a SEAT Ateca 4/5 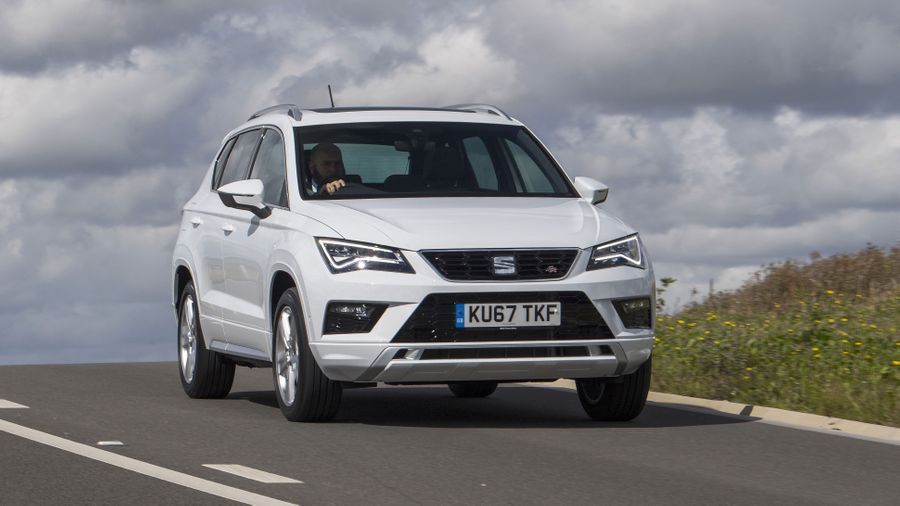 All versions are fitted with seven airbags - twin front, side, curtain and driver’s knee airbags - stability control and hill hold control, which prevents the car from rolling backwards when you're driving away on an incline. There are also Isofix child seat mounting points in the outer rear chairs for installing two child car seats, driver-fatigue monitoring, plus an electronic system that brakes an inside front wheel if it spins during hard cornering, improving traction. Adaptive cruise control is included on top-spec models, as is blind-spot monitoring, lane-keep and high-beam assist, along with traffic jam assist, which autonomously steers, accelerates and brakes for you at speeds of up to 37mph.

How comfortable is the SEAT Ateca 3/5 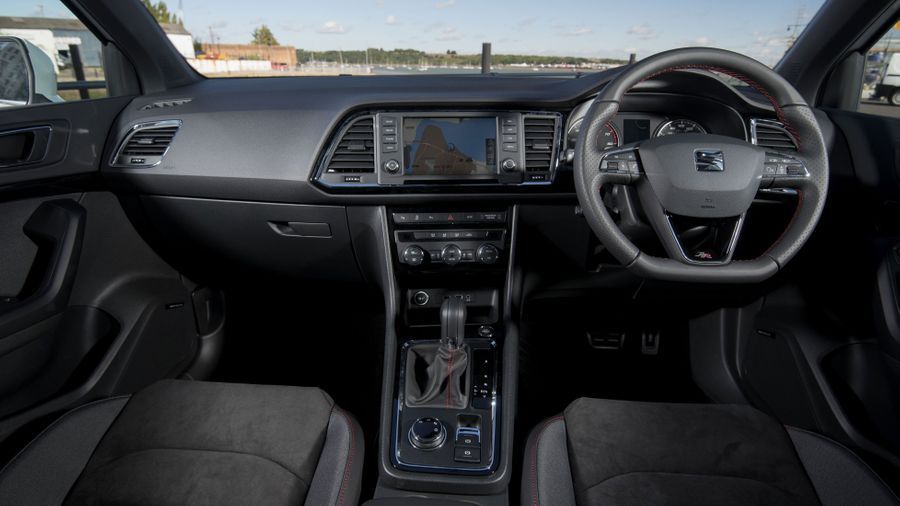 The Ateca’s rear doors have a wide opening to make it easy to install a child car seat, and the seat backs split-fold at the pull of a boot-located lever to create a substantial load area that's big enough to carry a mountain bike without removing the front wheel. The Seat Ateca does miss out on the sliding rear bench and optional Trailer Assist system that’s found in the closely related Volkswagen Tiguan, but these are sacrifices we’ll happily accept, given the Ateca’s significantly cheaper list price. The boot also has a large step in the floor, which makes loading heavier items tricky, but this can be remedied by ordering the optional movable boot floor to create a flat loading bay.

The Ateca was voted the Best Car for Families in the 2019 Auto Trader New Car Awards.

Although the interior design may not be quite as exciting or arresting as the outside, everything works with an ease and robustness with the central console dominated by a clear touchscreen infotainment system. The driving position offers plenty of adjustment for both the seat and the steering wheel, but the rising waistline and elevated door trims do mean small children sitting in the back may struggle to have as good a view outside. And despite head and legroom being generous, you get the sense that those relegated to the second row are sitting in the cheap seats, as the cabin plastics don’t look or feel as plush as those up front.

The Seat Ateca is one of the more engaging and entertaining SUVs to drive. With a good steering feel and fairly brisk reactions, it tackles challenging bends with great poise and control. What’s more, the Ateca is also good at isolating road and wind noise, so it’s also a pretty civilised long-distance tourer. The trade-off for this excellent body control is a firmness to the ride, which, makes some roads feel a bit on the rough side, especially if you're running on some of the larger alloy wheels available.

Features of the SEAT Ateca 4/5 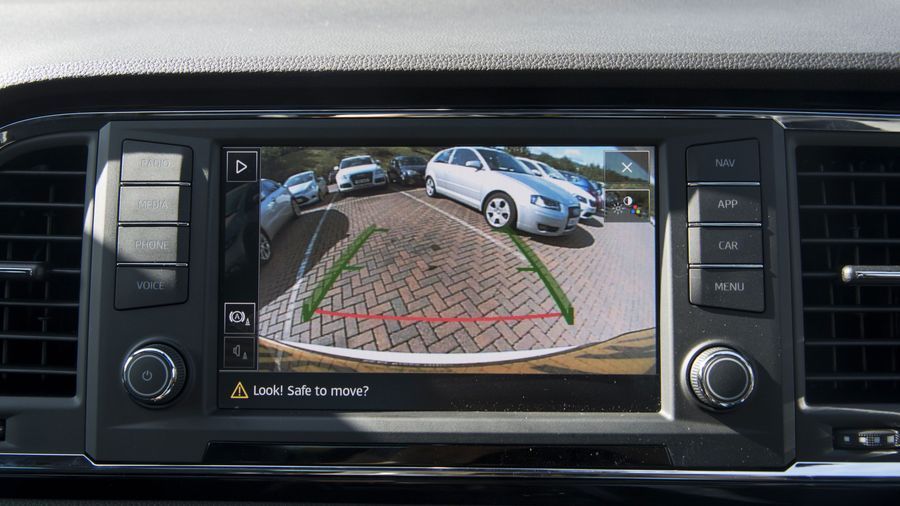 There are six trim levels available within the Ateca range; SE and SE Tech, FR and FR Sport and Xcellence and Xcellence Lux. The entry-level S model, introduced when the Ateca first launched, has now been discontinued, which means that the Ateca is well kitted out from the very start of the range.

The SE gets an 8.0-inch infotainment screen with Bluetooth connectivity and voice control, as well as Apple CarPlay, Android Auto and Mirror Link, but no DAB digital radio. You'll also get dual-zone climate control, cruise control, a central rear armrest, boot-mounted release levers for the folding rear seat and a storage compartment under the driver’s seat. SE Tech upgrades include satellite-navigation and DAB, and some extra USB charging points.

The sporty FR trim upgrades from the SE by including a rear spoiler, sports seats and a few jazzy cosmetic bits and bobs, while the FR Sport adds a digital instrument panel in place of analogue dials, an electric driver's seat and leather upholstery. 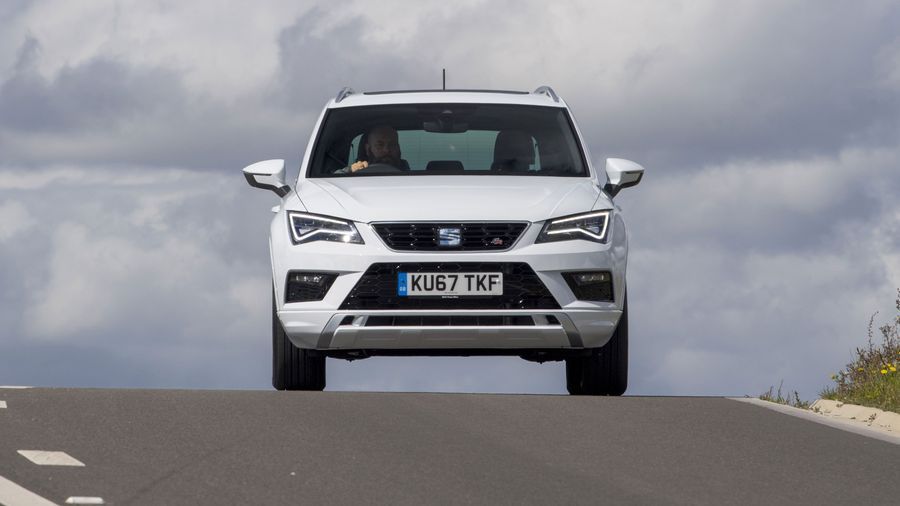 The range of petrol and diesel units offered in the Ateca delivers an impressive mix of flexibility and frugality. No manufacturer is currently making more refined diesel engines than the Volkswagen Group - Seat's parent company - and the 150-horsepower 2.0-litre engine found in the Ateca is proof of that. The 1.6 TDI diesel, with 115 horsepower, continues in the same vein and although it may sacrifice a little bit of refinement at idle, it manages a much more impressive fuel economy. The smaller diesel doesn’t like to be rushed, but is more than punchy enough for everyday driving

Still, it's the 1.5-litre petrol engine that is arguably the most impressive. It produces the same amount of power as the 2.0-litre diesel, but is appreciably quicker and remains smooth, free-revving and surprisingly flexible. Like the bigger diesel, it’s available with a six-speed manual gearbox or a twin-clutch automatic, but unless you’re absolutely wedded to the idea of an auto, you won’t mind swapping cogs yourself as the manual shifts are quick and accurate.

Another petrol engine, a 1.0-litre unit with 115 horsepower, is also available. It's fine once you're up and running, but it lacks a bit of oomph at lower revs, which can result in you jumping around the gearbox to find more power. If you regularly haul loads or several passengers, you might want to consider something with more poke, but it’s fine if your driving is limited to the urban jungle. 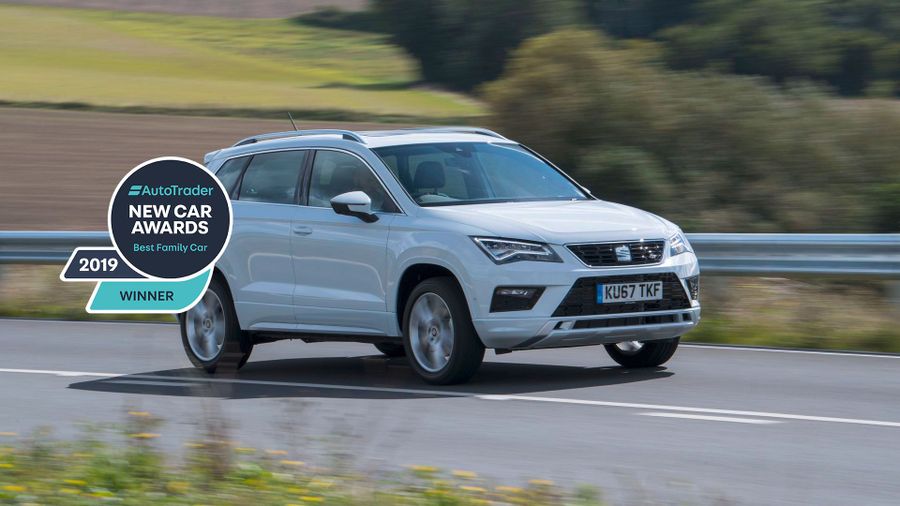