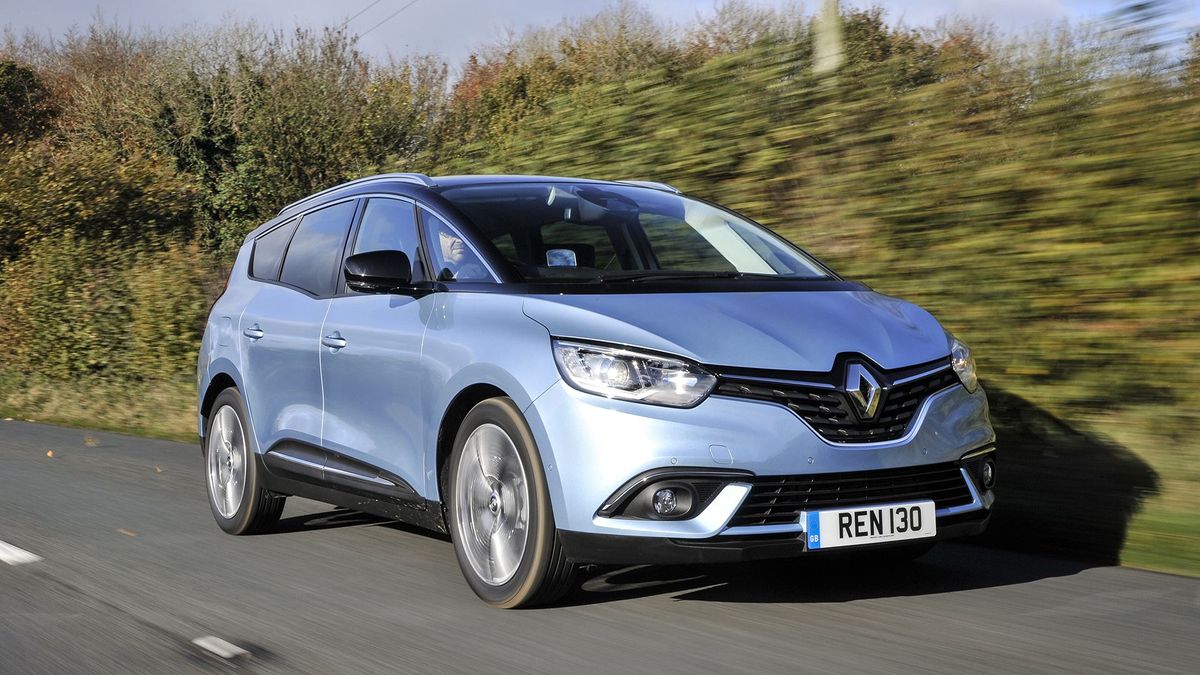 The Renault Grand Scenic is a fine choice if you want a roomy five-seat MPV that's more stylish than most rivals. It’s decent value and won’t cost too much to run, either, but many seven-seat MPV rivals offer much more outright space. 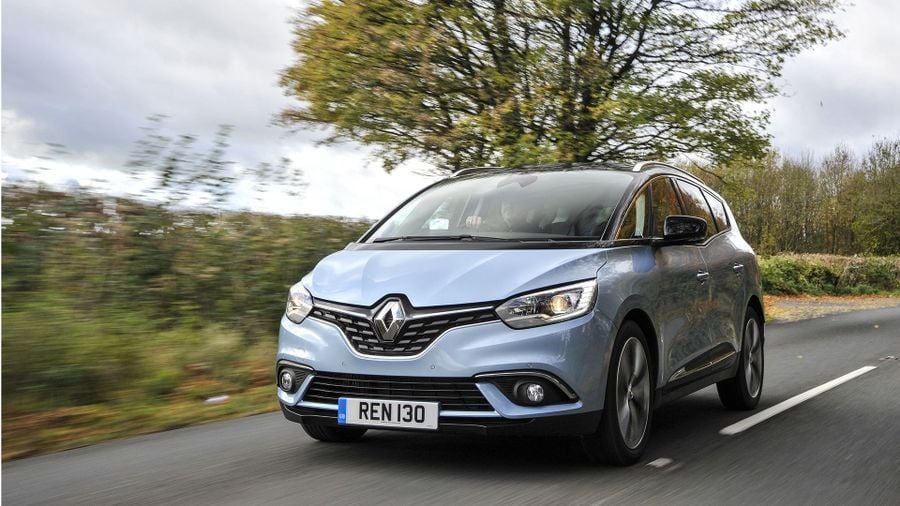 The Grand Scenic is about par for the course when it comes to pricing: it costs much the same as rival MPVs, but less than some seven-seat SUV rivals. Residual values aren’t likely to be especially strong, but you should be able to get a good deal on the list price if you’re buying the car outright.

The engines are efficient, so fuel economy and CO2 emissions are pretty good, considering the Grand Science’s size and weight.

Reliability of a Renault Grand Scenic 3/5 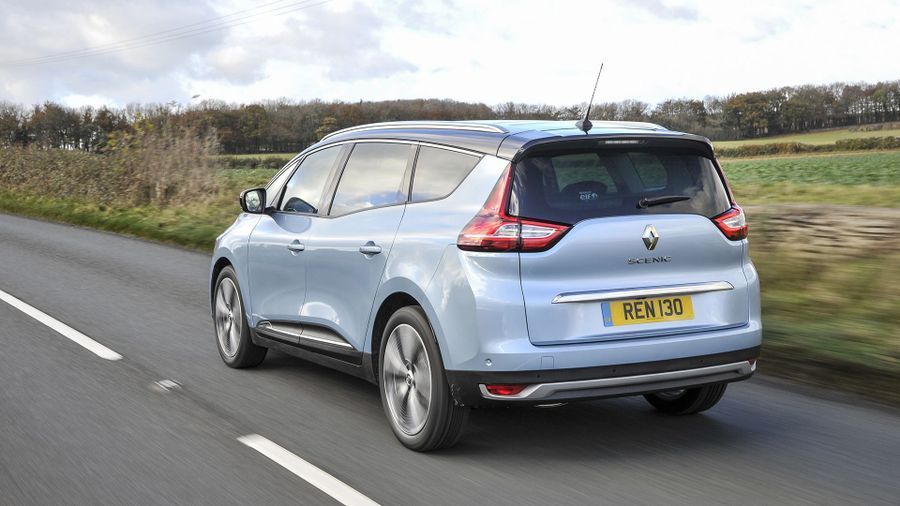 There are only a handful of owner reviews of the current Grand Scenic but these are all very positive. As a brand, Renault has a pretty respectable score in Warranty Direct’s Reliability Index. It doesn’t score so highly in JD Power’s UK Vehicle Dependability Survey, however, where it ranks behind the industry average for the reliability of its cars, and has done for the past few years.

Warranty cover is among the best in the class, with cover for five years or 100,000 miles (whichever comes soonest), rather than the class norm of three years and 60,000 miles.

Safety for a Renault Grand Scenic 4/5 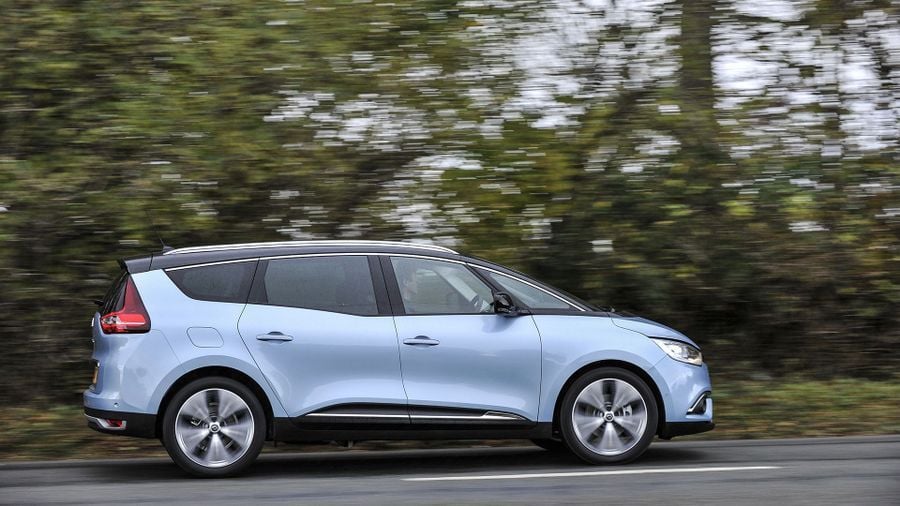 The Grand Scenic was awarded a five-star rating by Euro NCAP in 2016, and it remains a safe choice for family transport. All cars have front, side and curtain airbags and an automatic emergency braking system that recognises pedestrians.

Active cruise that can keep you centred in your lane on the motorway is an option for high-spec models, alongside a lane-departure warning system that can also help steer you out of danger.

How comfortable is the Renault Grand Scenic 3/5 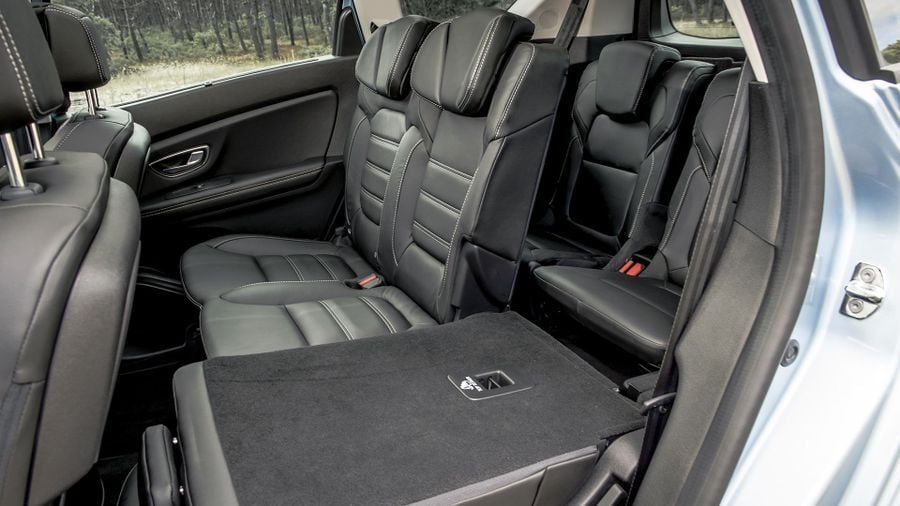 The Grand Scenic doesn’t look as van-like as some rival seven-seat MPVs, which is a large part of its appeal. The trade-off is that it’s not quite as capacious inside, but it’s still a very roomy and practical five-seater with a massive boot, good access and three proper second-row seats. It’s easy to fold the second and third row seats away, and you can do this at the touch of a button in higher-spec models.

With all seven seats in place the boot is only large enough for a couple of holdalls, or a few bags of shopping. Passenger space in the rear pair of seats is the Grand Scenic’s major weakness, however. They’re fine as occasional seats for children, but very cramped for adults. Those in rivals such as the Seat Alhrambra, by contrast, have enough headroom and legroom to keep adults comfortable on long journeys.

Up front, the Grand Scenic provides plenty of adjustment for the steering wheel and driver’s seat, and the large glass area gives you a great view of the road ahead. The touch-screen infotainment isn’t the most intuitive of its type, but it looks smart, especially the larger version you get with high-spec models.

The Grand Scenic is a bit more fun to drive than some large MPVs but the ride quality is firmer than you might expect of a family car, thanks in part to the undeniably stylish 20-inch alloy wheels fitted to all models.

Features of the Renault Grand Scenic 3/5 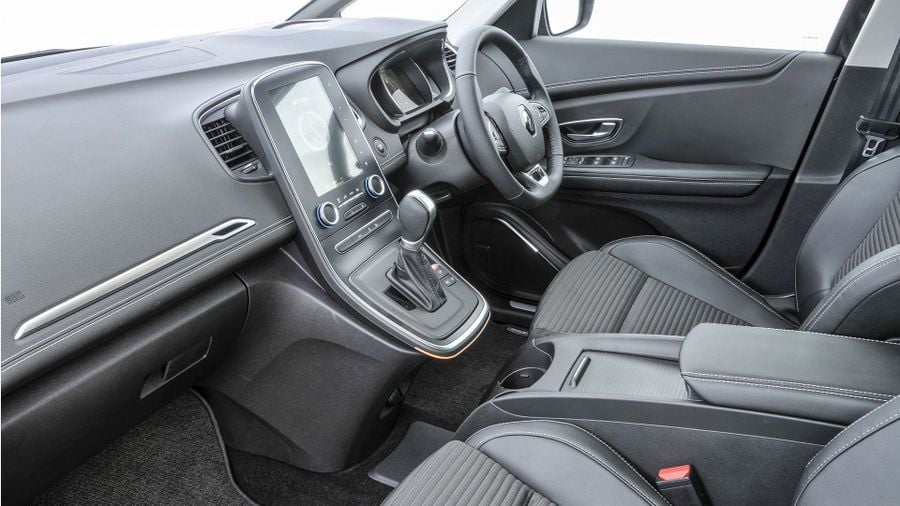 The Grand Scenic has all the features you’d expect of a big MPV, with a range that focuses on value at one and luxury at the other. Entry-level models come with everything you really need, including 20-inch alloy wheels, cruise control, automatic headlights and wipers, electrically heated and folding door mirrors, Apple CarPlay and Android Auto integration and rear parking sensors.

Power for a Renault Grand Scenic 3/5 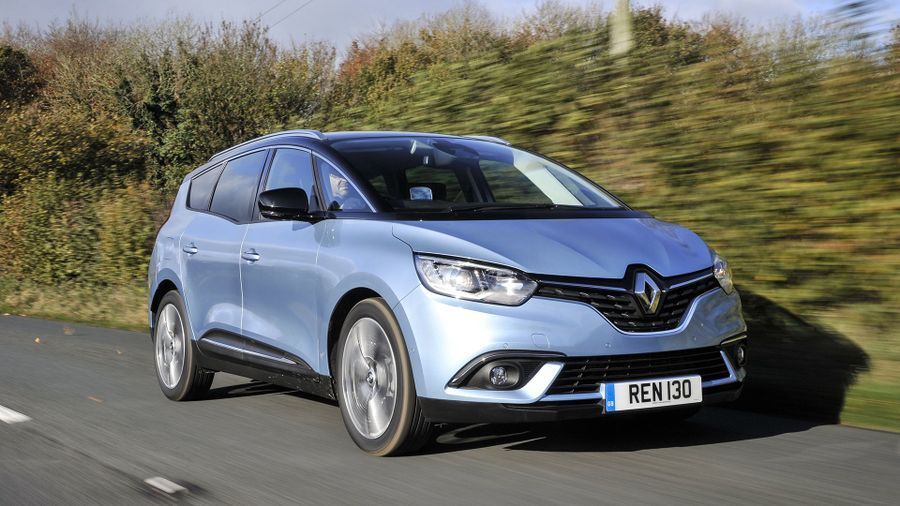 If you’re in the market for a seven-seat MPV, stirring performance is probably not at the top of your agenda. If that’s the case you’ll likely be happy enough with the power that the Grand Scenic offers, whether you go for the petrol or diesel version.

The petrol engine is a turbocharged 1.3 with 140 horsepower that responds keenly when you pull away but runs out of steam somewhat at higher speeds. The 1.7-litre diesel option is slower outright but more flexible on the move. Both versions are available with a manual or automatic gearbox. 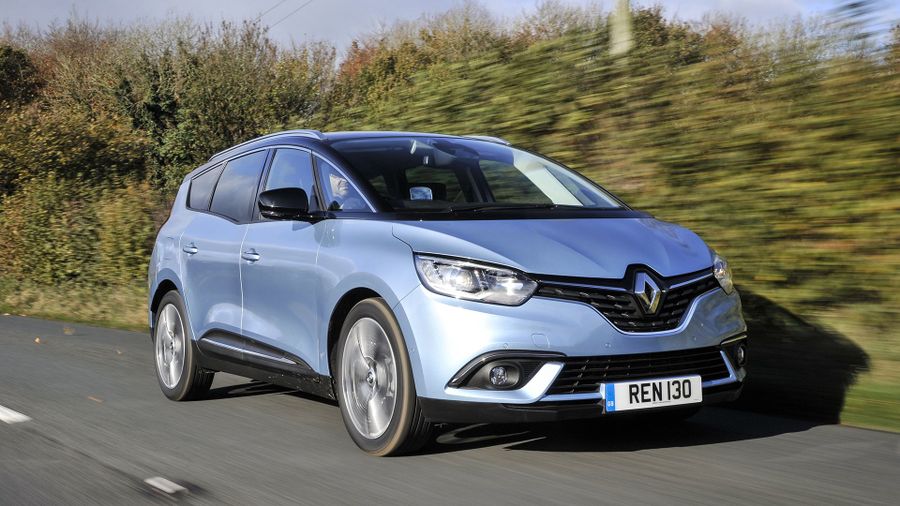