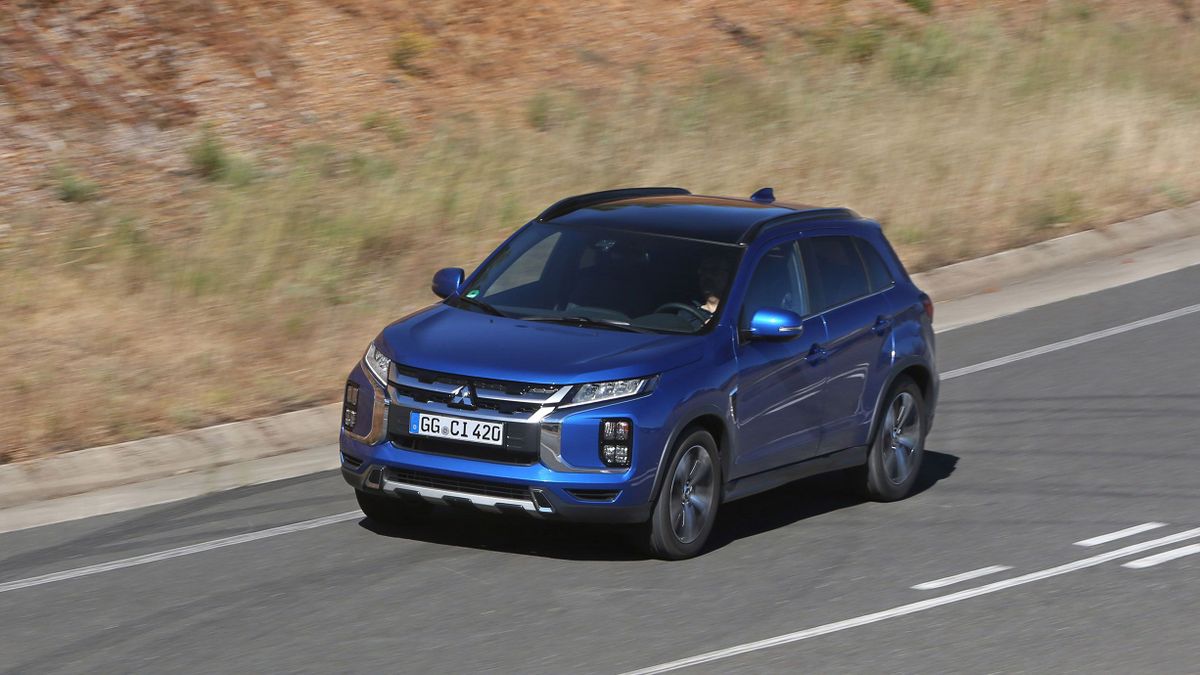 The ASX’s updates certainly bring it up to modern standards when it comes to looks, and it’s well-equipped with features for a very reasonable price. But the modern trappings can’t hide an ageing car that really struggles to match numerous very capable rivals in terms of its driving experience. 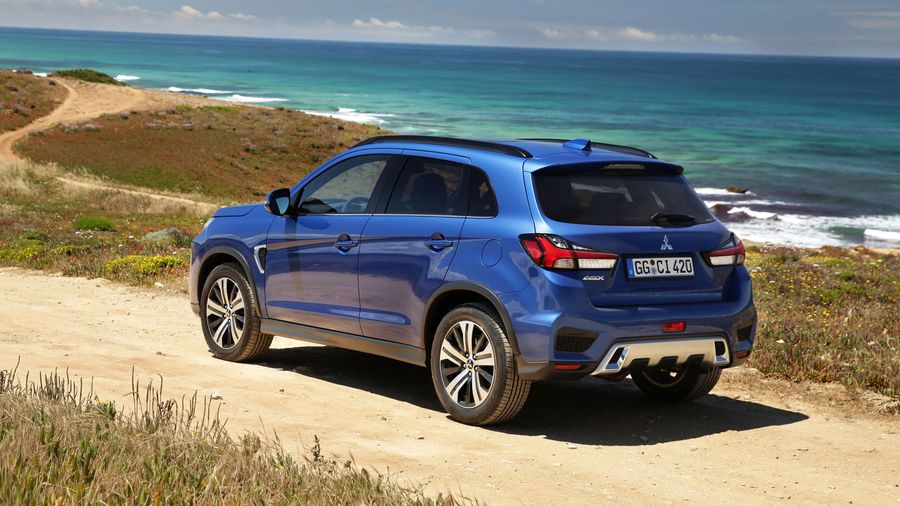 First introduced in 2010, and then spruced up in 2015, this 2019 version of the ASX marks the second time it’s been given a visual overhaul. All the metalwork from the windscreen forward is new, with a revised front end that takes inspiration from other, newer Mitsubishi cars. There’s also a new bumper at the back end, and new taillights.

There are two versions of the latest ASX, both of which get LED headlights and 18-inch alloy wheels. The entry level model is the Design, while the Dynamic model adds in a panoramic sunroof. 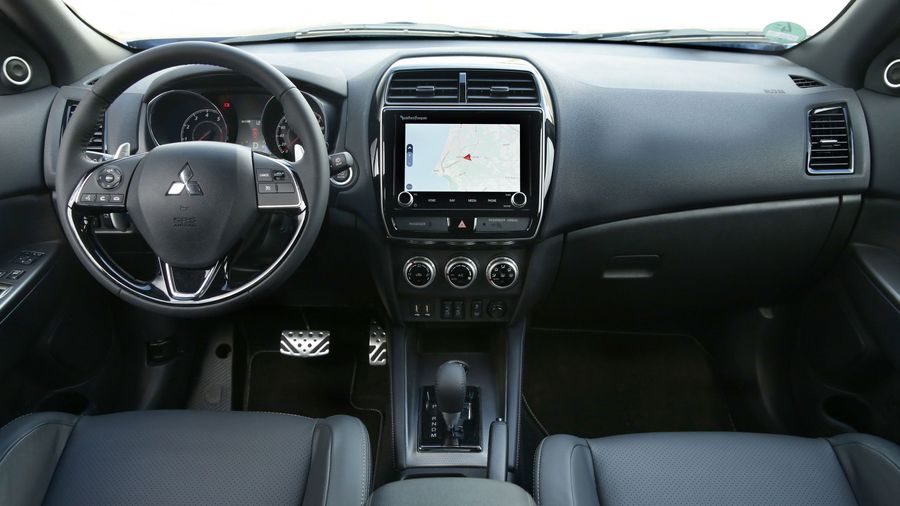 The interior changes for the facelift primarily focus on the infotainment system, which is provided by Rockford Fosgate. It’s not the most sophisticated system on the market in terms of its features, but we’ve found it very straightforward to use, and quick to respond, too. All versions come with Apple CarPlay and Android Auto, and Dynamic models also get sat-nav courtesy of Tom Tom, which again seems well integrated and straightforward to operate.

The seats are nice and comfortable, the wheel adjusts for reach and height, and it’s pretty easy to find a good driving position. Having said that, we wish the seats went a bit lower, as taller drivers my find their heads very close to the rooflining. Build quality is reasonable, but not up to the standards of many rivals in terms of materials. It’s all a bit plasticky and seems dated in comparison. 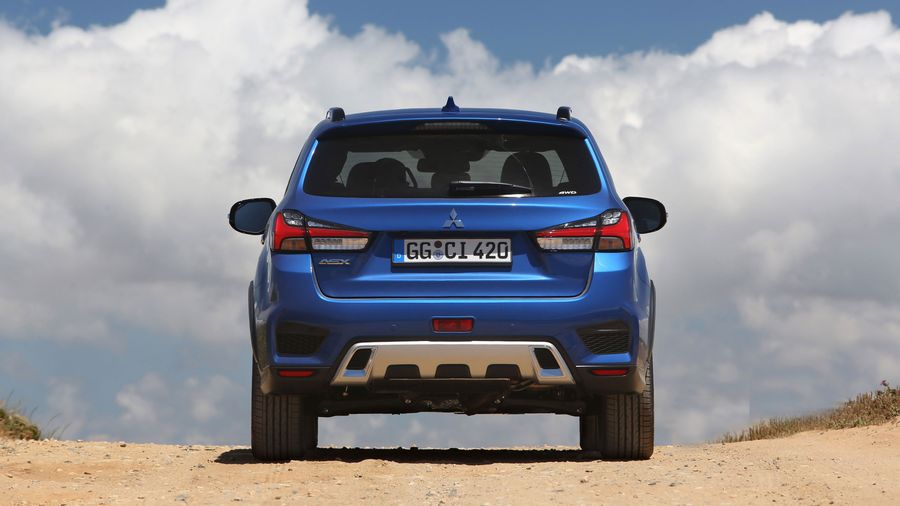 There are plenty of places to keep odds and ends, with cupholders between the front seats and good-sized door pockets, as well as a storage space under the centre armrest. While rear legroom is good, headroom will be very tight for taller adults in the back. The boot is a reasonable size for this type of car, but nothing special. 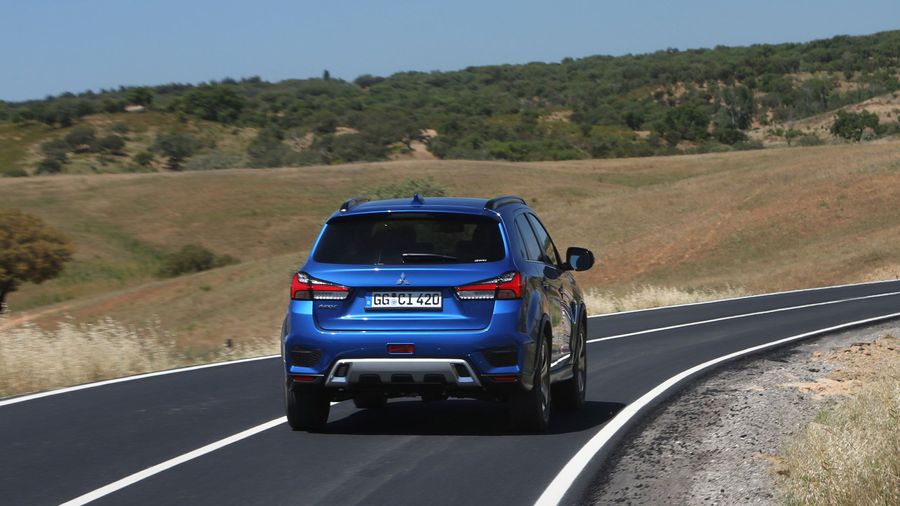 We tried the latest ASX on well-maintained roads in Europe, and found the ride quality to be disappointing. There’s a lot of up-and-down movement from the suspension, especially on undulating roads, yet despite that, there's also a jittery feel as almost every imperfection in the road surface is seemingly amplified into the cabin. It’s worse at higher speeds - such as on A-roads and motorways - than it is in town, but it feels rather unsophisticated compared with more modern rivals. It doesn’t help that there’s a lot of wind noise at higher speeds, either. 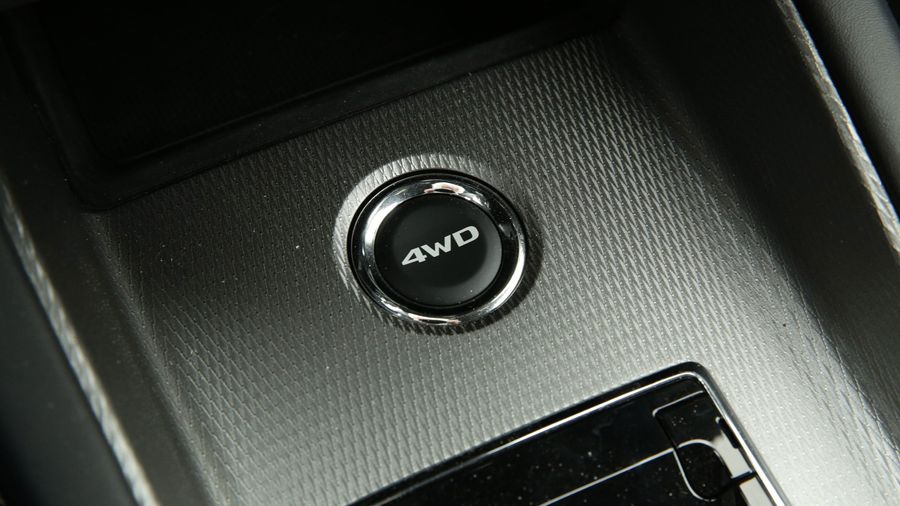 There’s just one engine choice in the latest ASX, and it’s a 2.0-litre petrol with 150 horsepower. In an age when most rivals now have smaller, punchier, turbocharged engines, this non-turbo unit feels old-fashioned and lethargic in comparison. Both trim levels come with a five-speed manual gearbox, which is ok to use, even if the motion when shifting from one gear to the next is quite lengthy. But, when most rivals offer a six-speed ‘box, this again feels dated. The top-level Dynamic trim is also available with a CVT automatic gearbox, which is a bit clunky and slow to respond. As you need to work the engine hard to get the best out of it, this has the side effect of sending the revs sky-high, with an accompanying whine that’s rather annoying.

Manual cars are front-wheel drive, but the auto car is four-wheel drive, which means the ASX promises some off-road ability. We’ve not been able to test it away from the tarmac yet, but to get an equivalent-spec rival with four-wheel drive would be several thousand pounds more expensive. So if that extra traction and ability to go off road is a priority for you, it could be a big plus in the ASX’s favour. 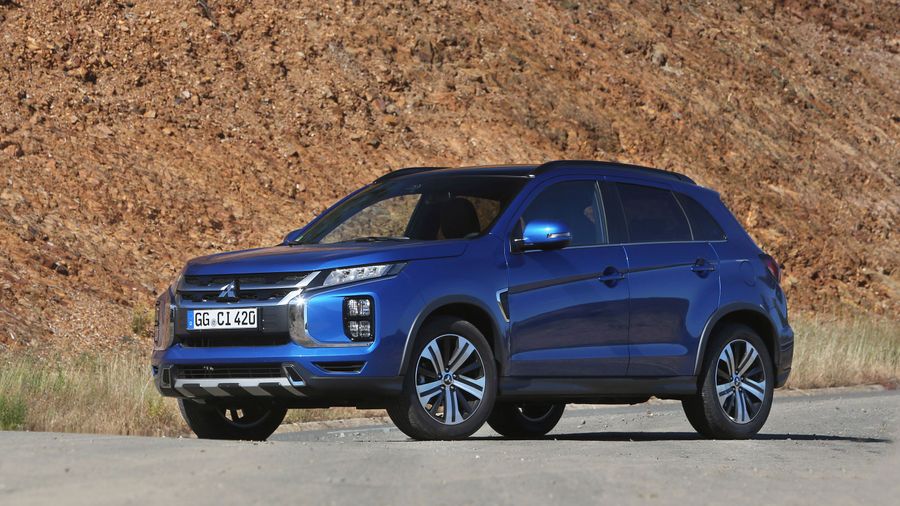 Prices for the UK-spec ASX have yet to be announced, but we would expect it to be more than competitive against rivals when you factor in the levels of equipment that Mitsubishi includes. However, we also don’t yet know the fuel economy figures for the ASX’s engine, which makes it difficult to guess at overall running costs. That said, we’d be surprised if the old-fashioned engine is competitive against modern turbocharged units of similar power. We’ll have to wait and see if the expected low purchase price counterbalances what we expect to be higher fuel costs and unremarkable resale values. 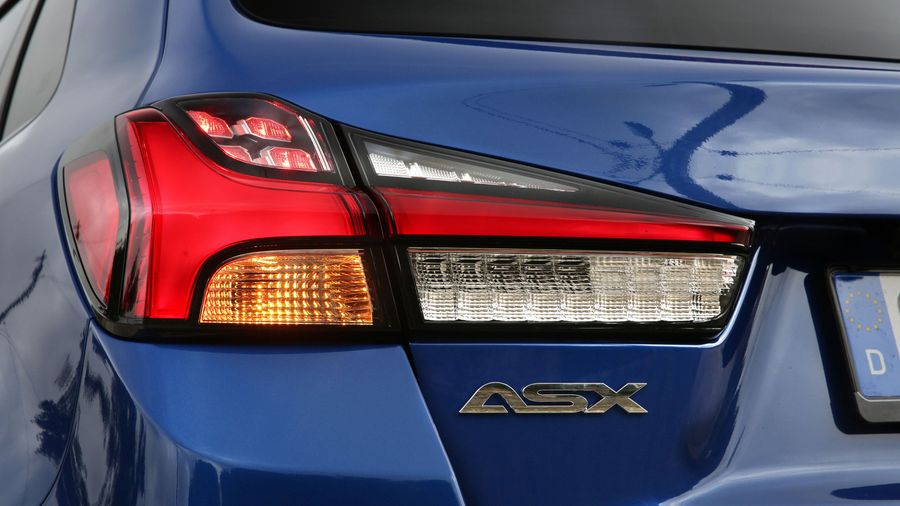 It’s tricky to get comprehensive information on Mitsubishi’s reliability, as the company sells relatively small numbers of cars compared to rivals and so is not usually included on reliability polls. It does feature on Warranty Direct’s Reliability Index, and sits solidly mid-table. We would suspect that the ASX’s age means that any problem areas will have been ironed out by now, and Mitsubishi does claim that its reliability is a selling point. But then, they would say that, wouldn’t they? Should anything go wrong with your ASX, Mitsubishi offers a very decent five-year, 62,500-mile warranty. 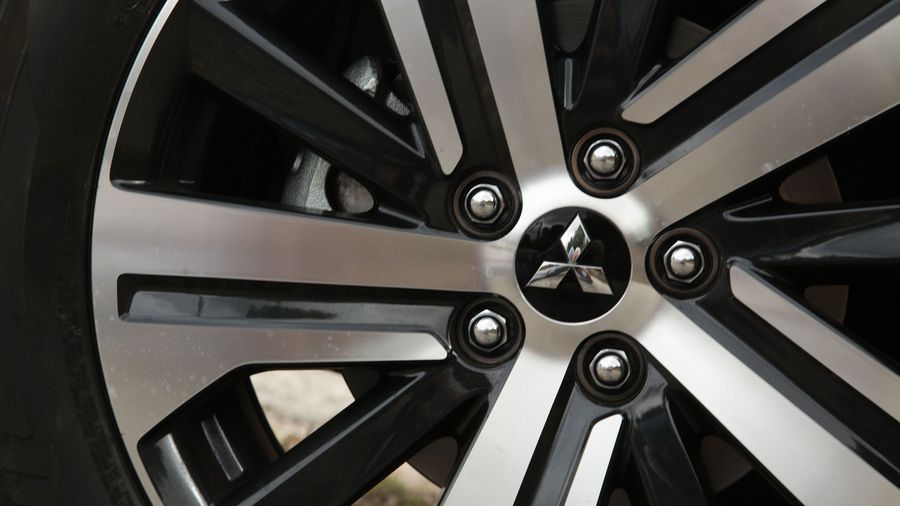 The ASX scored the maximum five stars when crash-tested by safety organisation Euro NCAP, but that was back in 2011 and standards have moved on considerably since then. The Dynamic model gets some more modern safety kit, such as a blind-spot warning system, lane departure warning system and rear cross traffic alert (which warns you of oncoming traffic when reversing out of a space), but it’s a shame this isn’t standard across the range. There’s no automatic emergency braking, either, which almost all modern rivals have. Still, it does have seven airbags and two Isofix child seat mounting points on the outer rear seats. 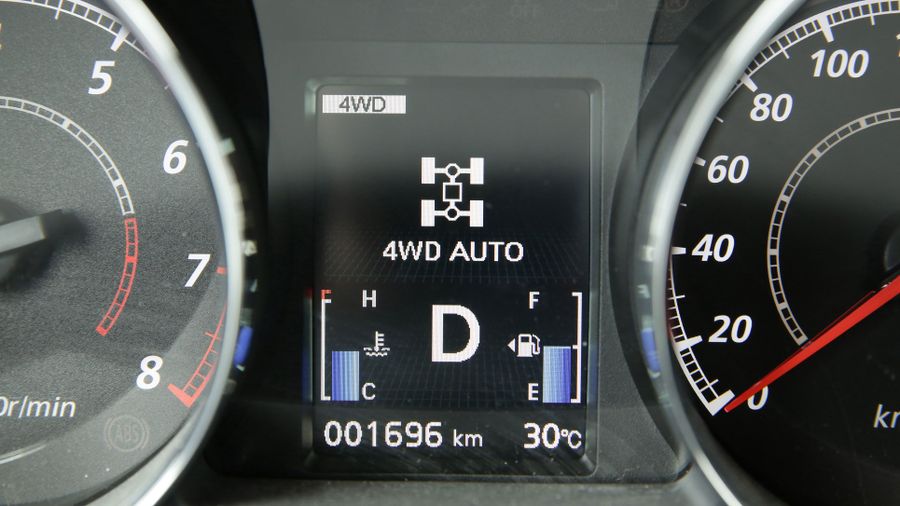 Both versions of the ASX have plenty of kit in them. The Design has Bluetooth, DAB radio plus smartphone integration systems and a reversing camera, as well as heated front seats and cruise control, automatic air-conditioning and keyless entry and start. Upgrade to the Dynamic version and you’ll get leather upholstery, that panoramic sunroof and an electrically adjusted driver’s seat. 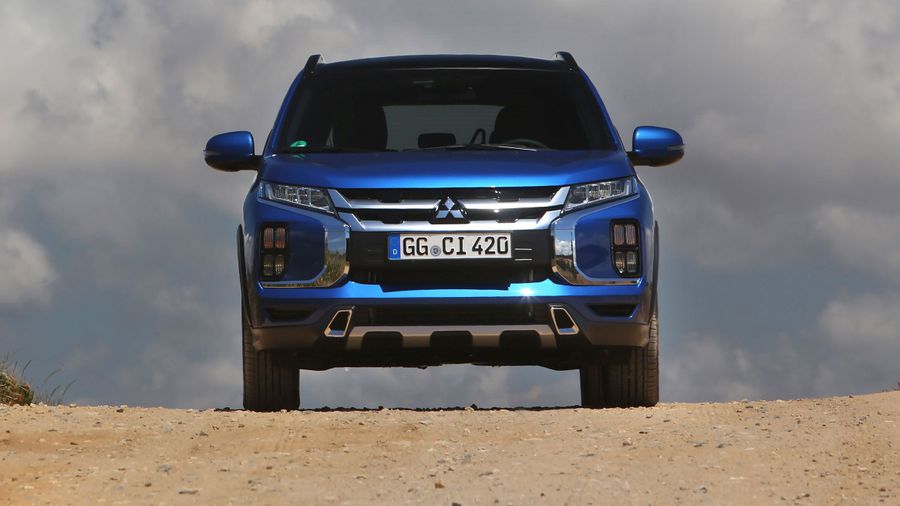 The ASX provides a lot of standard features for the money, with the option of four-wheel drive for less than many rivals in the small SUV market. The revamped looks should ensure that it’s still considered by those for whom the ASX’s strengths are a priority. 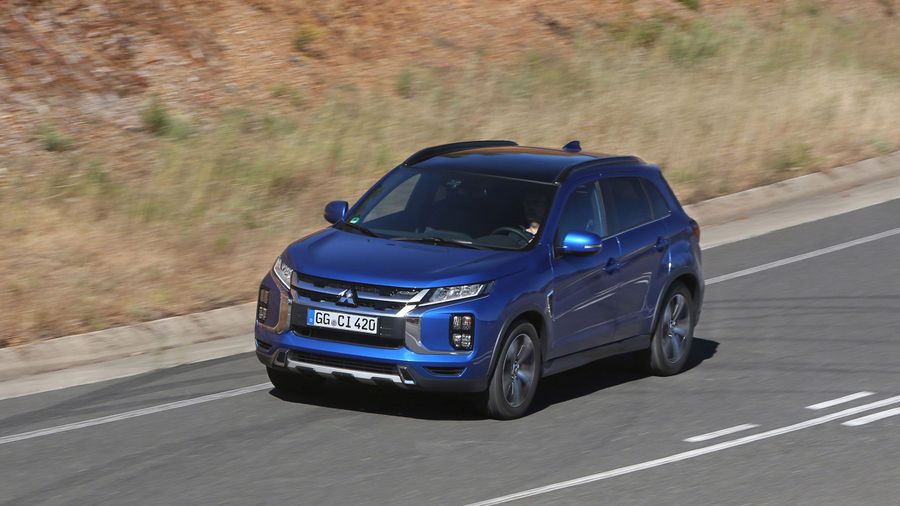