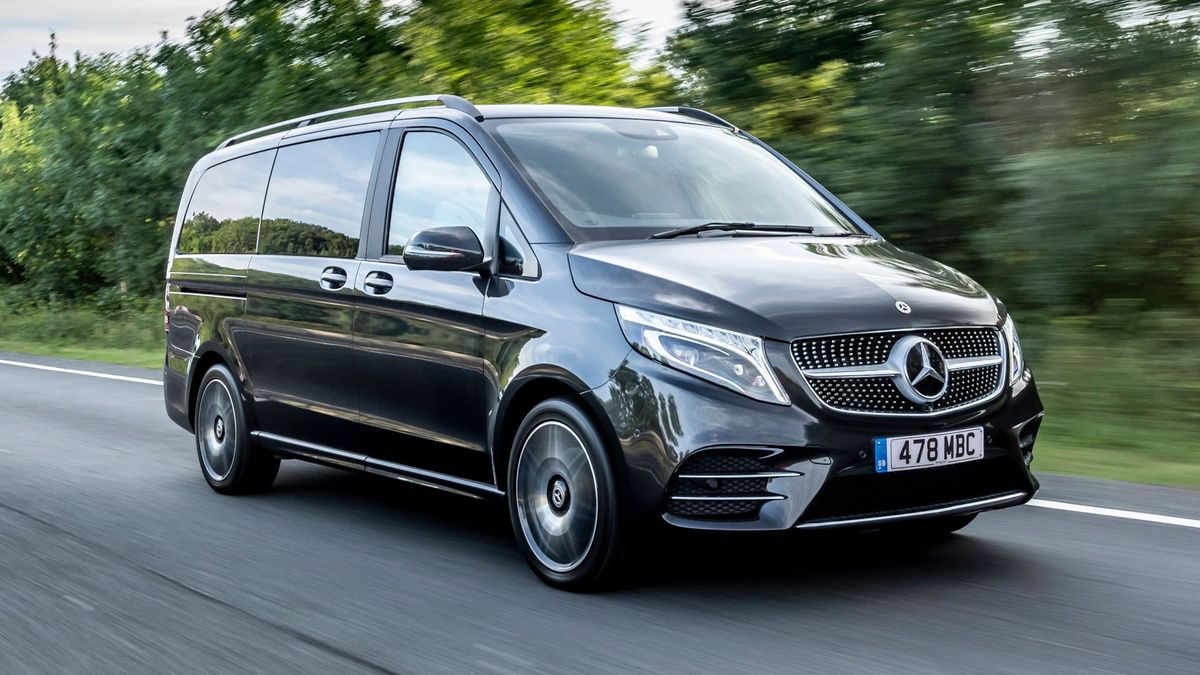 Picture, if you will, the most luxurious mode of transport on four wheels that you can. Now, we’ll wager it doesn’t look like the Mercedes V-Class. But someone once said that the greatest luxury is space – and space is what the V-Class offers in spades. Combined with its leather-lined interior, that might just make it the most luxurious car – if you can call it that – that money can buy. 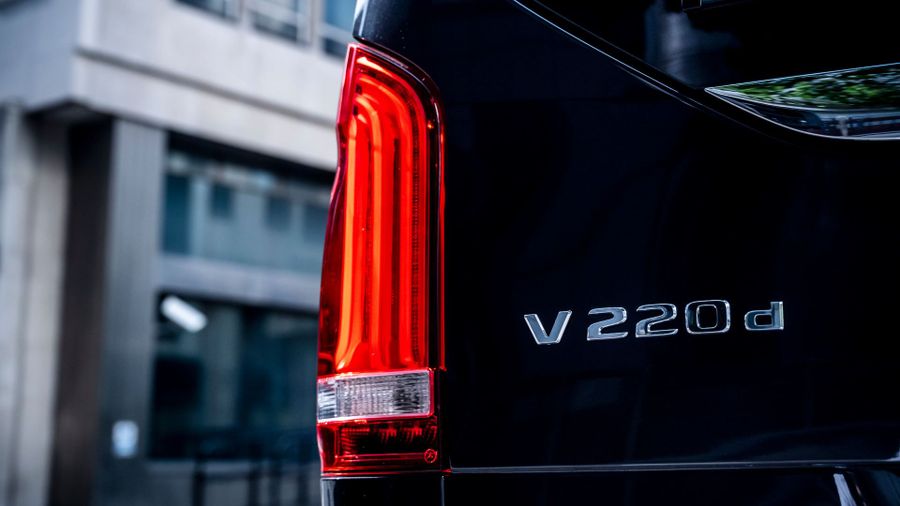 Whatever way you look at it, the V-Class isn’t cheap, and if you’re purely looking for practicality then there are cheaper options out there. Hyundai’s i800 will seat eight for almost half the price, and Volkswagen’s Caravelle and the Ford Tourneo Custom are also thousands cheaper than the Merc. But none of these rivals is as luxurious as the V-Class, and it’s this extra luxury that you’re paying the extra for.

What’s more, while high-ish fuel and maintenance costs count against it, the V-Class’s resale values are so strong that it’ll actually cost you less to run throughout your time with it than most of its rivals will. Only the Vauxhall Vivaro Life works out cheaper, thanks to its low purchase price and thrifty maintenance and fuel costs.

Reliability of a Mercedes-Benz V Class 2/5 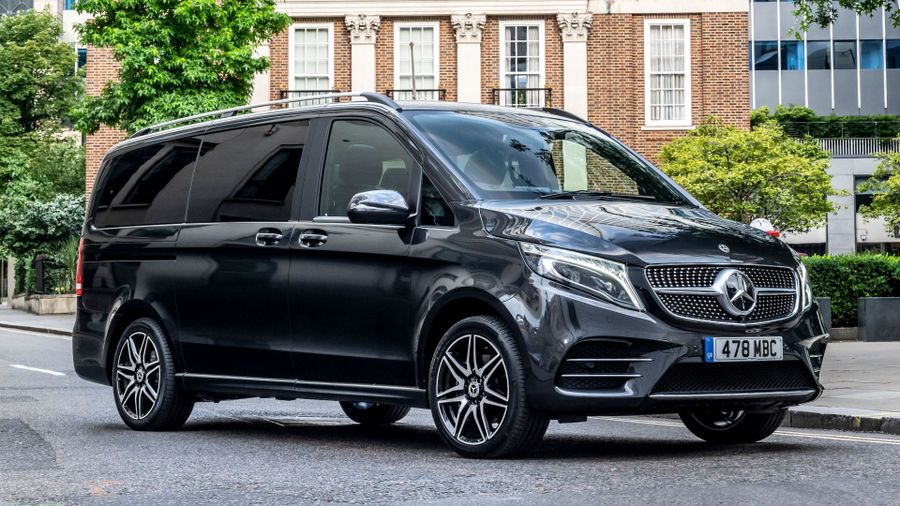 Mercedes doesn’t have a particularly great record for reliability. We don’t have data for the latest generation of V-Class, but its predecessor, the Viano, was given a poor rating by Warranty Direct’s Reliability Index.

JD Power’s 2019 Vehicle Dependability Study put Mercedes in the bottom half of the manufacturer tables, meanwhile, with a score well below the industry average – and the makers of the V-Class’s rivals all finished higher in that survey.

On the plus side, should anything go wrong with your V-Class, Mercedes offers a three-year, unlimited-mileage warranty, and as most three-year warranties are capped at 60,000 miles, that’s better than the industry average

Safety for a Mercedes-Benz V Class 4/5 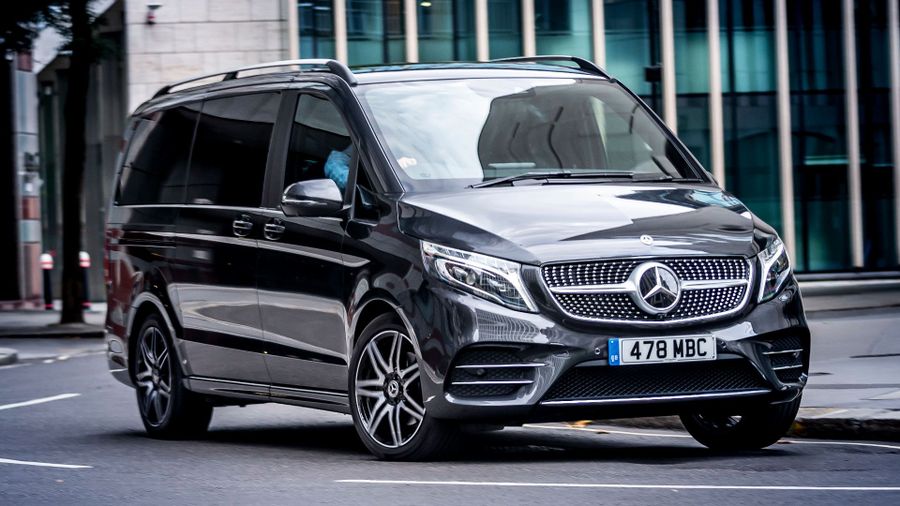 The V-Class is one of the safest vehicles of its type. Automatic emergency braking is included as standard on all models, and all have parking cameras. There are front, side and window airbags for driver and front passengers.

The Driving Assistance Pack – which includes adaptive cruise control, blind-spot warning system and lane-keep assist – is an option on all except the Exclusive version, which gets it as standard.

How comfortable is the Mercedes-Benz V Class 5/5 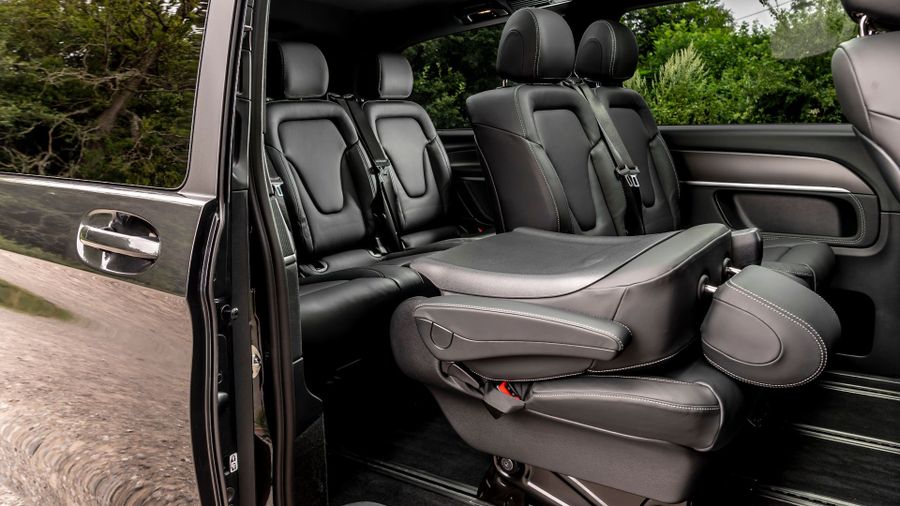 Inside, there’s a revamped dashboard with a central infotainment screen controlled via a dial in the centre console. The feel of the plastics isn’t quite as classy as the look, and not as nice as in Mercedes’ less van-like cars, but it’s better than you’ll find in most rivals, and feels like a suitably upmarket environment. You sit quite high in the front, but the seats are very comfortable for spending long hours in.

The practicality of the V-Class is its main selling point, and here it excels. You can spec the back of your V-Class in a variety of ways. The standard-length car comes with seven seats in a 2-2-3 formation, while the Exclusive model comes with six individual chairs. Long and Extra Long cars come with eight seats as standard in a 2-3-3 format, but you can specify seven seats instead. All of the layouts give plenty of head and legroom for adults.

The Marco Polo campervan comes in two forms. The Horizon model has five seats, with a rear bench of three seats that folds down into a bed. There’s also another double bed on the roof, with a pop-up canopy. The regular Marco Polo has four seats, with a kitchen unit installed down the left-hand side, containing a sink, cooking hob and fridge. It also has an electric pop-up roof.

Surprisingly for such a large, practicality-focused, the V-Class handles well, if you accept that it’s not really a car, but more of a posh van. All models come on Mercedes’ Agility Control suspension, which adjusts itself to deal with whatever surface it encounters.

As a result, the V-Class Long that we tried boasts a smooth, comfortable ride but also impressively contains body-roll through the bends, feeling solid and composed. The steering lets it down a bit, being very light, which means you’re never entirely confident of what the front wheels are doing, but it does make for easy manoeuvring at low speeds.

The suspension can’t quite counteract the extra weight in the Marco Polo, which feels a bit less agile through the bends, although it’s still perfectly acceptable for leisurely progress.

Features of the Mercedes-Benz V Class 5/5 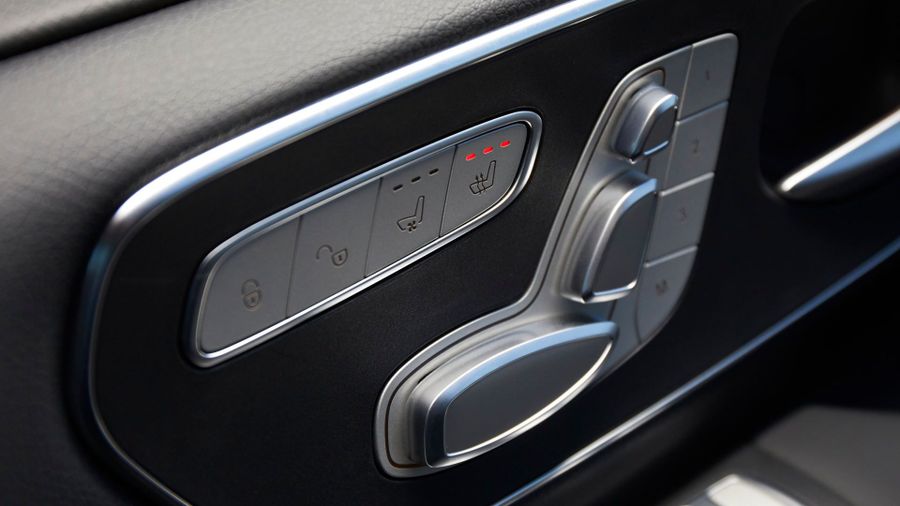 As you’d expect for the high price, the V-Class comes with lots of equipment as standard. The entry-level Sport model has a powered boot-lid and in Long versions, a panoramic sunroof, with electric sliding doors, satellite navigation and leather upholstery.

Upgrade to AMG Line and you get sportier exterior styling but not much inside save for racier-looking pedals and some carbon-effect trim. The Exclusive version adds the Driving Assistance package mentioned above and an upgraded sound system, as well as a centre console with a fridge in it. The middle row of seats is super-swanky, too, with massage and recline functions and footrests.

Sport models ride on 18-inch wheels, while AMG Line models have a sportier bodykit, and have 19-inch wheels. Exclusive V-Classes have a panoramic sunroof.

The Marco Polo comes in two versions –Horizon, which doesn’t have a kitchen, and the normal version which does – and in Sport or AMG Line trims.

Power for a Mercedes-Benz V Class 4/5 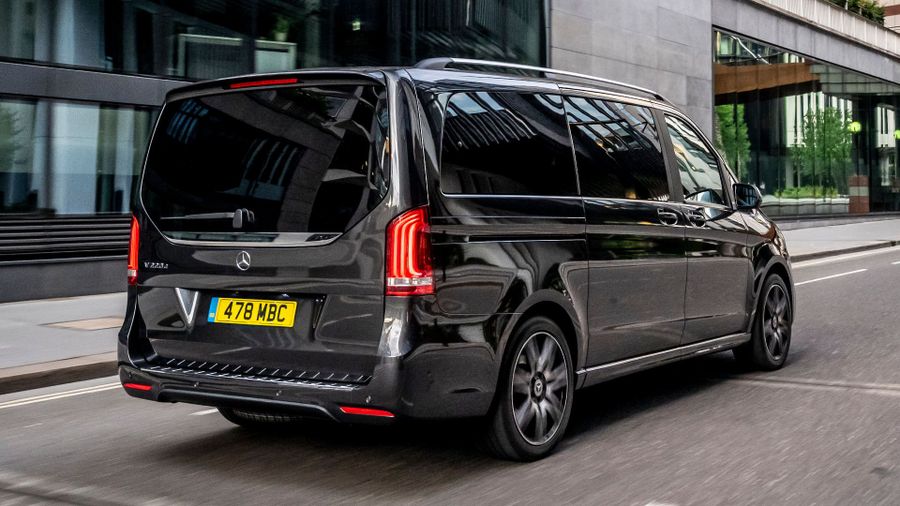 There’s a choice of two diesel engines in this version of the V-Class. The V 220d has 163 horsepower, and the V 300d has 239 horsepower. While the V 220d isn’t bad at all, the extra power is very useful when it comes to hauling a full complement of passengers (or an actual kitchen in the Marco Polo), and we suspect this will be the one that most people go for. It’s quiet and strong, too. Gears are changed by a smooth and unobtrusive nine-speed automatic gearbox. 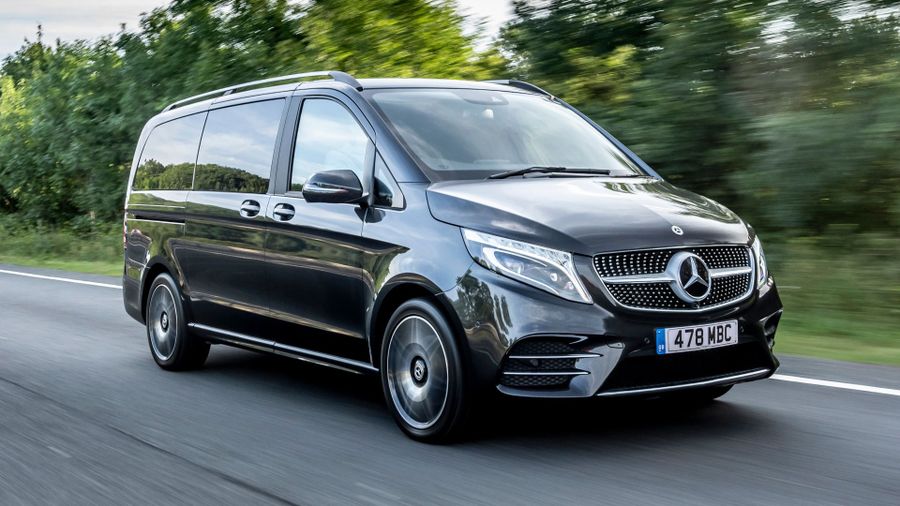