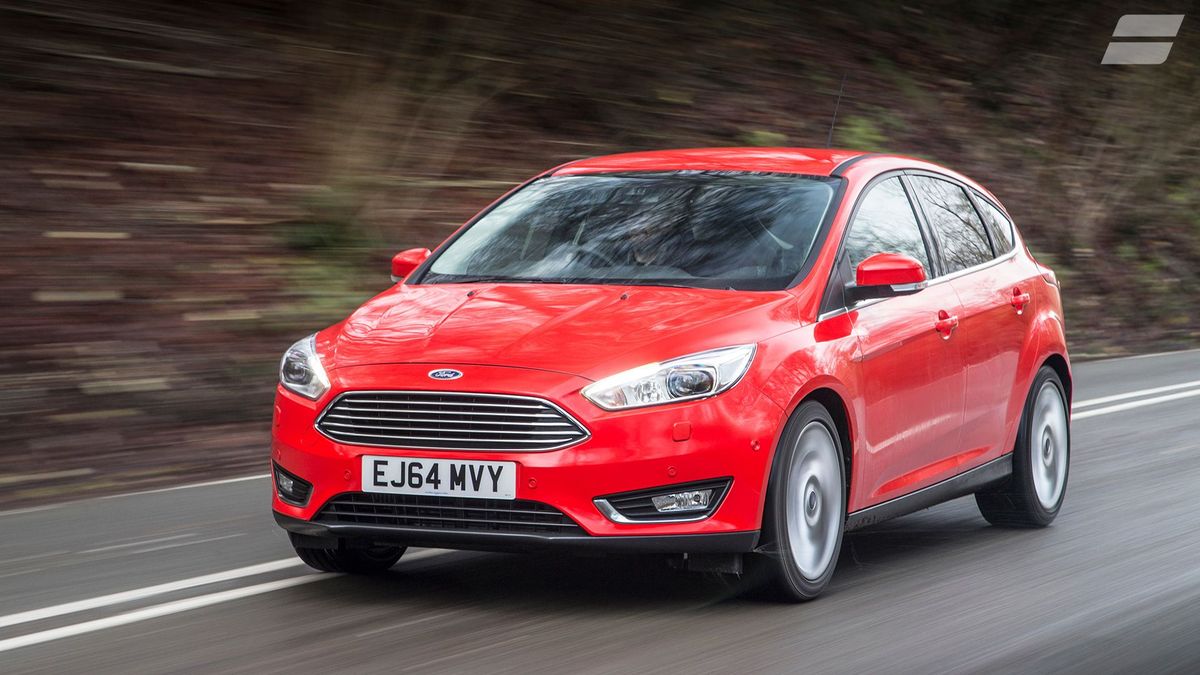 The Ford Focus is better than it’s ever been before, with a range of cracking engines, an attractive and useable interior and a driving experience that’s a match for anything else in the class. Granted, it can’t match the best-in-class on practicality, quality or standard equipment, but it’s still a good all-rounder.

Pick of the range
1.0T Ecoboost 125 Zetec 5dr
The engine is punchy and economical, while the trim provides a good balance of kit and affordability
Most economical
1.5 TDCI 120
Returns almost 75mpg and emits CO2 at a rate of less than 99g/km
Best avoided
1.6 85 Studio
Cheap, but not enough kit and a truly ancient engine 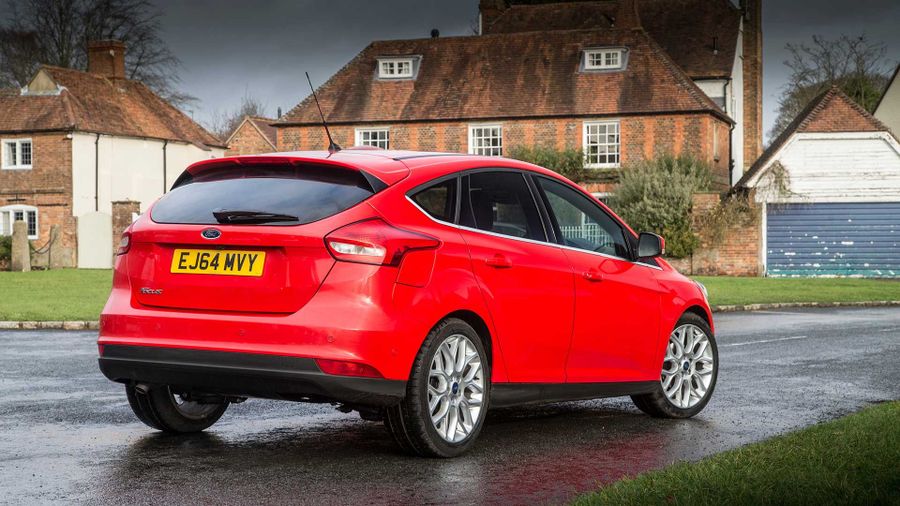 The Focus isn’t the most flamboyant-looking car of its type, but if you’re after something with a smart, sophisticated look, you won’t be disappointed. The horizontally slatted grille and slim, angular headlamps instantly identify it as a relation of the Fiesta and Mondeo, and there are some reasonably intricate and imaginative shapes dotted around the body. However, precisely how smart your Focus looks will depend greatly on which trim you choose. All versions have body-coloured door handles, but you have to step up to Zetec trim before you get alloy wheels as standard. That also gets you front foglamps and a chrome trim for the grille. Titanium cars add chrome foglight surrounds, while Titanium cars have LED lighting at both ends. ST-Line models get a sporty body kit, and unsurprisingly, so the ST hot hatch versions. You’ll notice a honeycomb grille, deep side skirts, a rear roof spoiler and substantial diffusers either side of the exhaust.

The interior of the Focus looks smart and modern, with a simple, minimalist design that makes the various controls easy to find and use. The same goes for the touch-screen infotainment system that comes with high-grade models, because it has logical menus and clear graphics. The materials on display look and feel reasonably substantial and plush, too, but the Focus still doesn’t match rivals such as the Volkswagen Golf or Audi A3 for classiness. That said, you do get a great driving position with loads of adjustment, and a good view out.

The Focus does a decent job on practicality. Two adults will enjoy pretty generous space in the back seats, while three will squeeze in at a push, and the boot is good for both size and shape. However, some rivals give you more space for people and luggage, and are cleverer about the way the space is used. For instance, when you fold down the rear seats in the Focus, they don’t lie completely flat. 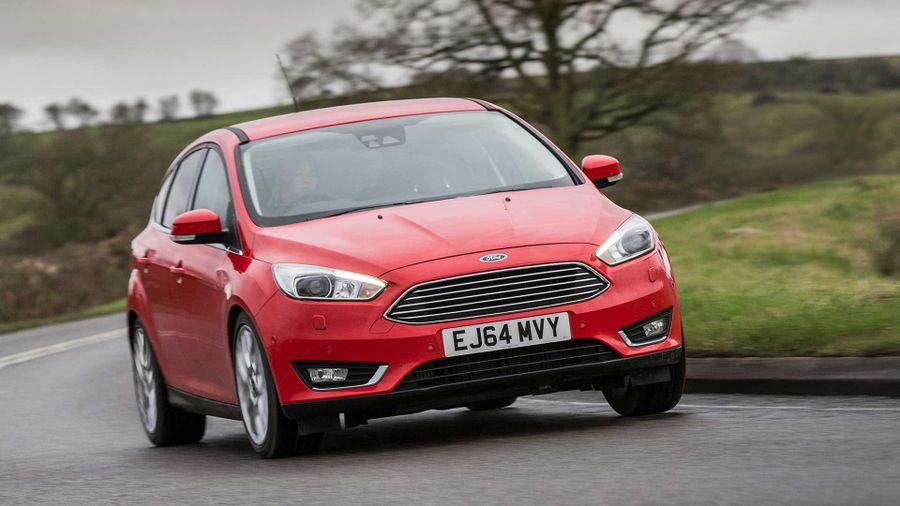 View gallery
“ The Focus is enormous fun to drive, with devilishly quick steering and excellent balance ”

Even though buyers are currently spoiled with a choice of family hatchbacks that are super-impressive to drive, the Focus ranks among the very best. It’s terrific fun along your favourite country road thanks to strong grip, crisp body control, excellent balance and quick responses. The steering is especially helpful on that last point, because it’s devilishly quick, both to react and to turn. Despite the car’s sharpness, though, it always keeps you comfortable, at all speeds and on all sorts of roads. Refinement is just as impressive, keeping life quiet and serene in any situation. Hot-hatch fans will be delighted that all these positive qualities translate into the ST. It handles really well, with huge amounts of grip and a wonderful balance through the bends that can only inspire confidence in the driver. Yes, the sportier suspension setup means the ride is a little firm, but it’s more than acceptable given the fine body control. The ST-Line cars also get a sports suspension, which again, means a bumpier ride than in mainstream Focus models. However, without the performance increase you get from the full-fat ST version, this doesn’t sit quite as well. You begin to question the wisdom of putting up with the reduction in comfort if you don’t have the extra pace to make up for it.

There’s a huge range of engines available for the Focus, but so far, we’ve only had the chance to try a handful of the mainstream motors. The first is the 148bhp 1.5-litre turbocharged petrol, and it’s a little cracker. It feels punchy and flexible at the bottom of the rev range, and it’s capable of sprightly pace when you work it harder. Granted, the throttle response could be a bit sharper, but the engine always stays impressively quiet and smooth. This engine is likely to be ignored by most petrol buyers, though, who will probably plump for one of the 1.0-litre, three-cylinder turbocharged petrols, available in outputs of 99bhp and 123bhp. We’ve tried the latter, and in fairness, that would seem to be a good decision. The engine delivers a staggering amount of pull and pace for such a diminutive unit, and it provides real flexibility as well as some genuine fizz. Refinement is also very impressive, with none of the off-beat buzz you normally associate with a three-cylinder. It’s also available with a six-speed automatic gearbox which is a little slow to slush through the gears, so we’d stick with the sweet-shifting six-speed manual. Diesel buyers need not look past the impressive 118bhp 1.5-litre diesel. It delivers good flexibility and a progressive power delivery, and it’s smooth and quiet to boot. Of all its attributes, though, it’s this engine’s low running costs that’ll seal the deal for most people. Hot-hatch fans will love the Focus ST. Its turbocharged petrol engine is super-quick to respond from just 2,000rpm and is really strong at the top of the rev range, making this a very quick car. The trouble is, it's almost too keen, struggling to put its power down even in the dry. And, you don’t even need to unfurl the full power for the front wheels to tug at the steering or dive down any changes in camber. The same happens in the diesel version of the ST, and although it delivers vicious pull in the mid-range, the tail-off in performance towards the top of the rev range isn't really what you want in a true-blue hot hatch.

The Focus isn’t cheap in the family hatchback scheme of things, and it’s priced very closely to some seriously impressive rivals. What’s more, the car’s resale values have traditionally been pretty weak due to the vast number of them on our roads, and that will severely impact the whole-life cost of owning your car. However, most of the engines are among the better performers in the class for fuel consumption and CO2 emissions, so you’ll save a bit on fuel and tax. That’s especially important if you’re a company car driver (and if you’re considering a Focus, then there’s every likelihood you are), for whom the 1.5-litre diesel engines will prove most cost-effective.

Ford is currently riding fairly high in the manufacturer standings of Warranty Direct’s Reliability Index, and the Focus has a fairly solid score as an individual model. If things do go wrong, parts and repairs are pretty affordable by and large. The build quality isn’t as solid as it is in some rivals, but everything feels dependable and sturdy. 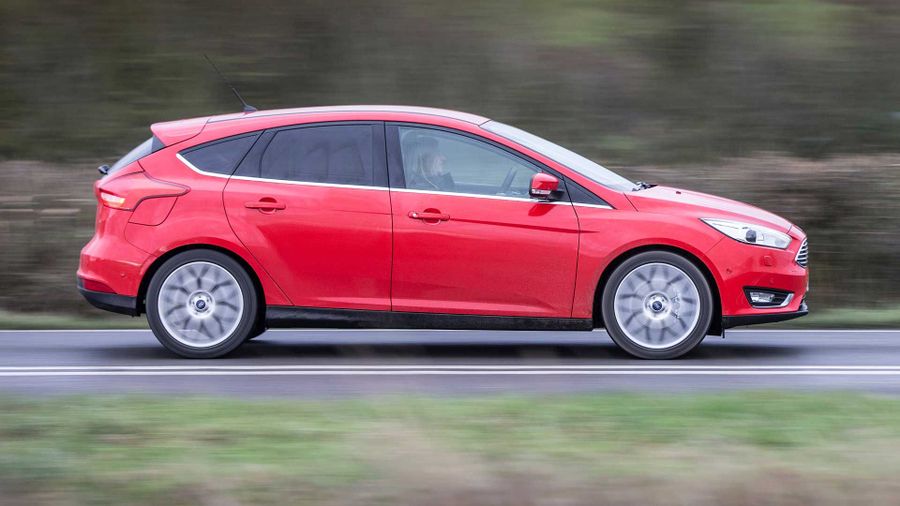 View gallery
“ This version of the Ford Focus hasn’t yet been crash tested by Euro NCAP, but we expect it to perform well when it is ”

The Focus comes with all the safety kit you expect, such as stability control and whole bunch of airbags, along with a few bits you might not expect. For instance, all trims have tyre pressure monitoring as standard, along with MyKey, which allows you to impose various safety settings (such as maximum speed and maximum radio volume) when your kids borrow the car. The highest-end versions also have autonomous braking systems and a parking feature that’ll steer you in and out of parallel spaces, and into a perpendicular space. This version of the Ford Focus hasn’t yet been crash tested by Euro NCAP, but we expect it to perform well when it is. 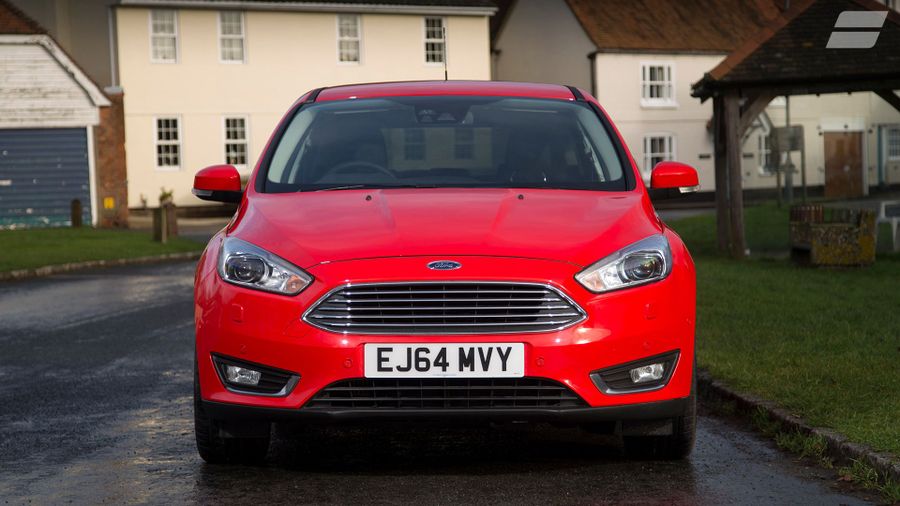 View gallery
“ For most people, its practicality, quality and affordability will entice punters through the dealership doors ”

The Focus is one of the most enjoyable cars of its type to drive, and for some drivers that’ll be enough. For most, though, practicality, quality and affordability will play and even bigger part in the decision, and thankfully, the Focus holds its own here as well. 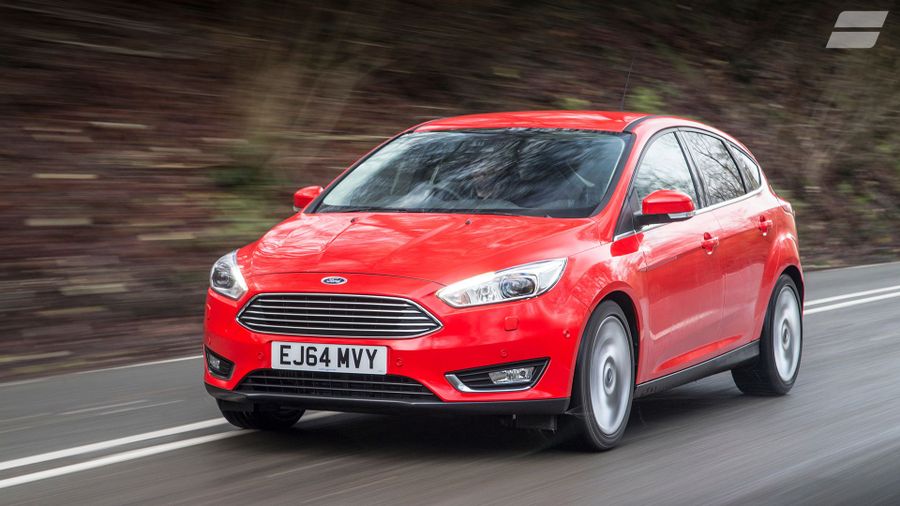