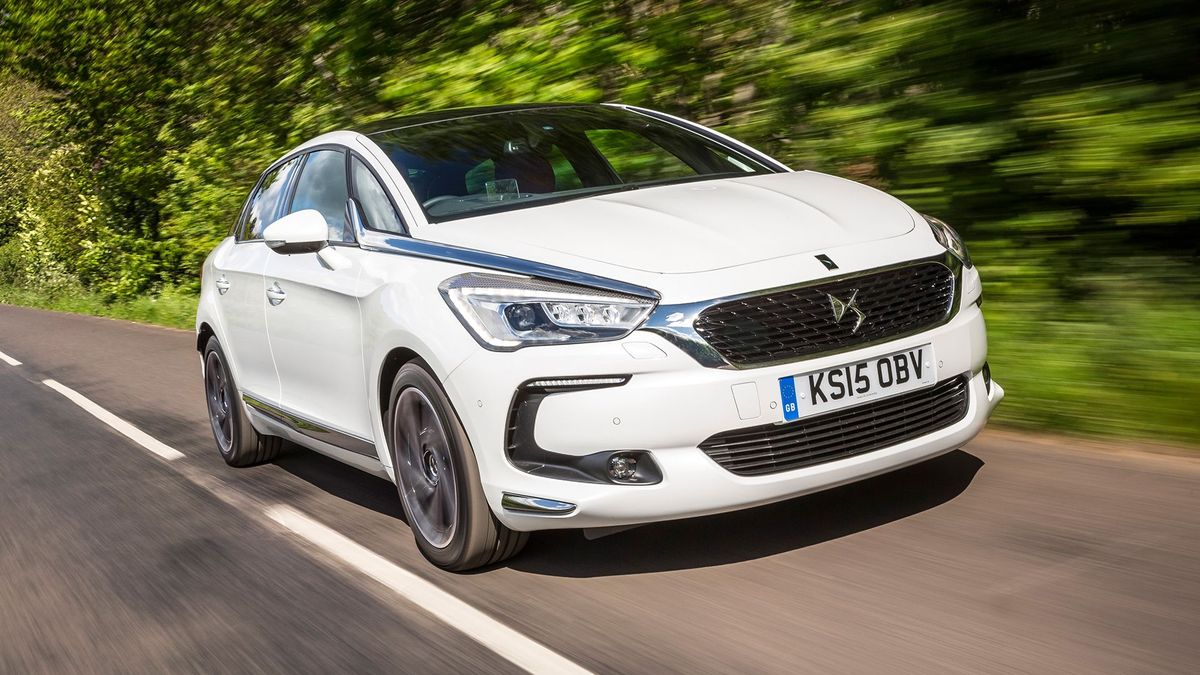 For buyers with a sense of style and individuality, and a desperate desire to be different, the DS 5 will undoubtedly strike a chord. However, its looks, low running costs and generous equipment aren’t enough to detract from the shortcomings elsewhere – the ride, in particular – which lead us to recommend you head to one of its rivals.

Pick of the range
DS 5 BlueHDi 150 Elegance
The most sensible blend of price, performance, economy and equipment
Most economical
DS 5 Hybrid4x4
Average economy of more than 70mpg, but the list price is rather less attractive
Best avoided
DS 5 Hybrid 4x4 Prestige
Too costly to recommend when something almost as economical is thousands cheaper 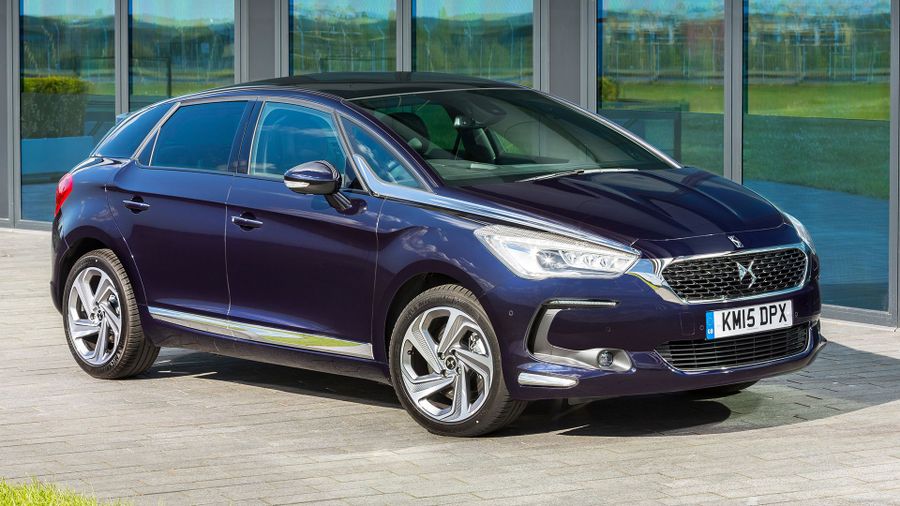 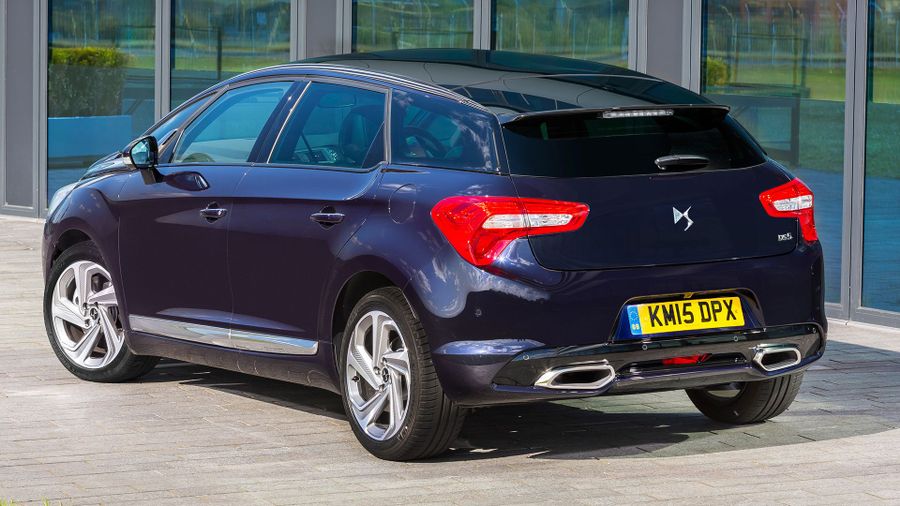 What will attract most people to the DS 5 is the way it looks – with a thoroughly individual appearance thanks to its blistered wheelarches, wide rear track and taut body work. Unlike the BMW 3 Series and Mercedes C-Class saloons, it has an elongated roofline and hatchback boot, setting it apart in the class. Chrome-effect exhaust trims and alloy wheels are standard across the range, but the car’s visual impact also relies on more overt styling, like the chrome ‘sabres’, which run from the headlights to the windscreen. On top of that, the higher-spec Prestige models also get smart xenon headlights and ‘scrolling’ indicators.

We’re delighted that the DS 5’s designers have had the audacity to try something really different inside the car, but the cabin is certainly not a total success. On one hand, the bold design will surely appeal to buyers put off by the conservative looks of the DS’s predominantly German rivals; but, on the other hand, the quality isn’t that great, with lots of the minor switchgear (for instance, the buttons for the infotainment system and air-con controls) feeling rather cheap. Likewise, although there’s plenty of good-quality material on view, much cheaper stuff is never far away – around the base of the centre console and forming the doorbins, for example. To make matters worse, the high centre console and low ‘rib’ in the roof between the two sunroofs combine to make the driver feel claustrophobic, while anyone over six feet tall will find headroom tight; and, last but not least, the thick, split A-pillars severely restrict the driver’s view out.

The decent doorbins and deep cubby in the centre console mean there’s plenty of stowage for the driver and front-seat passenger, but in other respects the DS 5 is quite disappointing. For a start, the shape of the rear doors, combined with the low roofline and mouldings in the floor, makes it tricky for some people to get in; the mouldings in the back seat make it really only suitable for two passengers; and, both head- and legroom are short of what you’ll find in some of the DS5’s rivals. At least the boot is a good, square size, but it’s spoiled by the high lip you need to lift things over; and, because you have to reach down the back of the rear-seat bases to lift them up when you want to fold down the rear seats, you’re likely to end up with grazed knuckles. 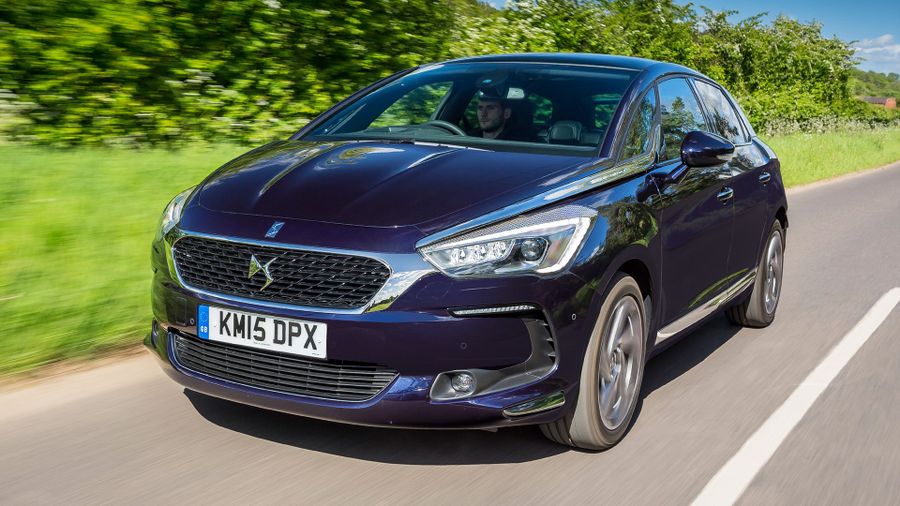 The DS 5’s interior may tell you it has aspirations of being an executive car, but that’s certainly not the first impression the car gives you when you drive it. On the contrary, the ride is firm and – all too often – uncomfortable at low speeds. Even on main roads, let alone cross-country, you seem to be constantly jostled in your seat; and that’s without the pay-off of sharp handling. In fact, when you consider the lack of feel in the steering, and the initial play as you start to turn the wheel, this is not a car you drive just for the fun of it. 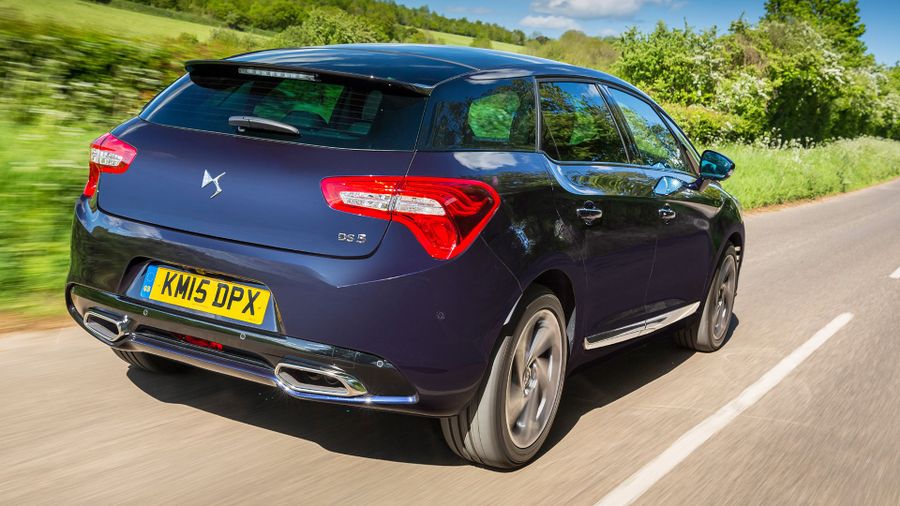 Thus far, we’ve only driven the DS 5 with a couple of its engines, and the 165 THP petrol unit with its standard automatic gearbox suits the DS 5 particularly well. Its performance isn’t class-leading, but the engine is fizzy and far quieter than the 1.6 Blue HDi diesel, while the automatic gearbox lets you waft along with ease. The Blue HDi 180 engine, too, is quick enough to cope with everyday traffic, and has enough flexibility to make for an easy drive. However, the engine is noisy and its gearbox is slow to change gear, which again detracts from the car’s executive aspirations. 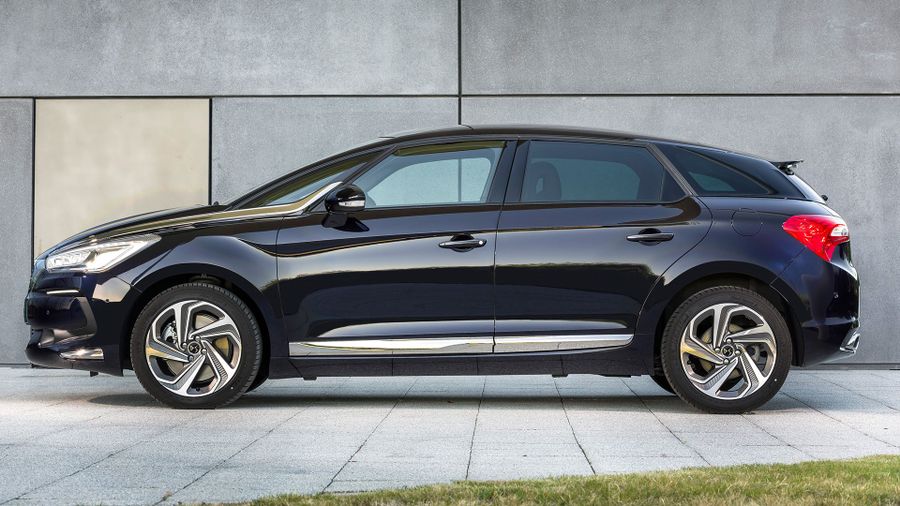 View gallery
“ Every version of the DS 5 has respectable economy, with emissions as low as 103g/km ”

The DS 5 looks a little expensive, when you consider the kind of premium-badged German cars you could buy for similar money. Nevertheless, the most major question mark over the DS 5 – and indeed, the whole DS range – will be how well it can hold on to its value. After all, parent company Citroen’s cars have never had especially strong residuals. At least, every version of the DS5 has respectable economy, with emissions as low as 103g/km in the Hybrid4. The petrol 1.6-litre emits 136g/km of CO2, which is also impressively low considering its sporting character, but the sweet spot in the range for most will be the Blue HDi 150, which emits 105g/km and has an on-the-road price thousands lower than the range-topping Hybrid4.

It’s fair to say that Citroen doesn’t have a great reputation for reliability, but that’s a little unfair. In fact, according to Warranty Direct, Citroen sits mid-table among the manufacturers; and, here on our website, owners of the Citroen-badged DS 5 (which is mechanically almost identical to this model) generally – albeit not exclusively – report good reliability.

The DS5 has proven its safety credentials, with a five-star rating in Euro NCAP crash tests when tested as a Citroen back in 2011. It was awarded an excellent 97 per cent in the Safety Assist category, thanks to its comprehensive standard kit, which includes anti-lock brakes, electronic stability programme, airbags, cornering lights and (on all but the basic model) a Blind Spot monitoring system and eTouch Emergency and Assistance. The last feature allows users to press an SOS or assistance button in the car to call for immediate help using a built-in SIM card. A Lane Departure Warning system is optional on Elegance and Prestige models, but autonomous braking (which could help to avoid or reduce the effects of an accident) is not available, as it is on many similarly priced rivals.

There are just two trim levels to choose from, and both come well equipped, with the likes of dual-zone climate control, DAB radio, Bluetooth, sat-nav and a 7.0-inch touch screen fitted to every model. Upgrade to Prestige from the more basic Elegance, and you also get leather upholstery, a reversing camera and an electrically adjustable driver’s seat, as well as the extra safety features detailed above.

The Citroen DS5 offers customers a very distinctive alternative to the mainstream German executive saloon cars, with low running costs. We just wish it had the smooth ride comfort to match its cosseting personality. 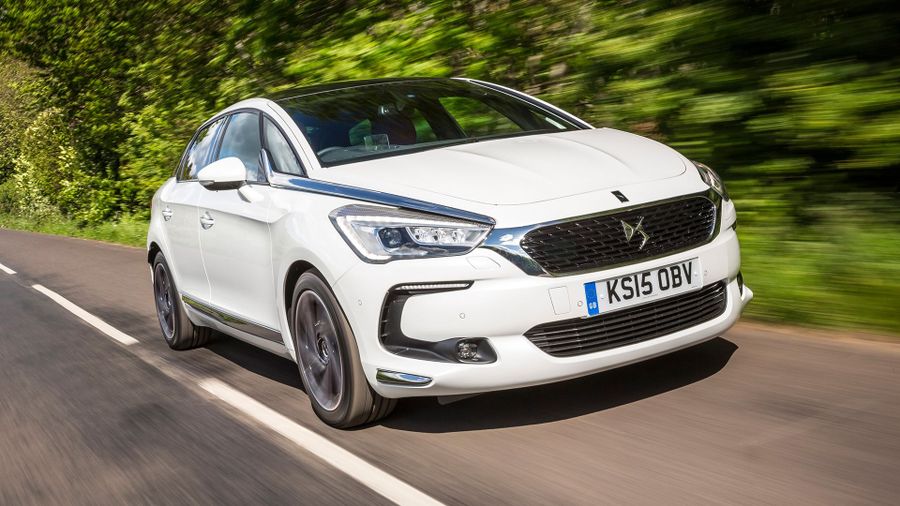