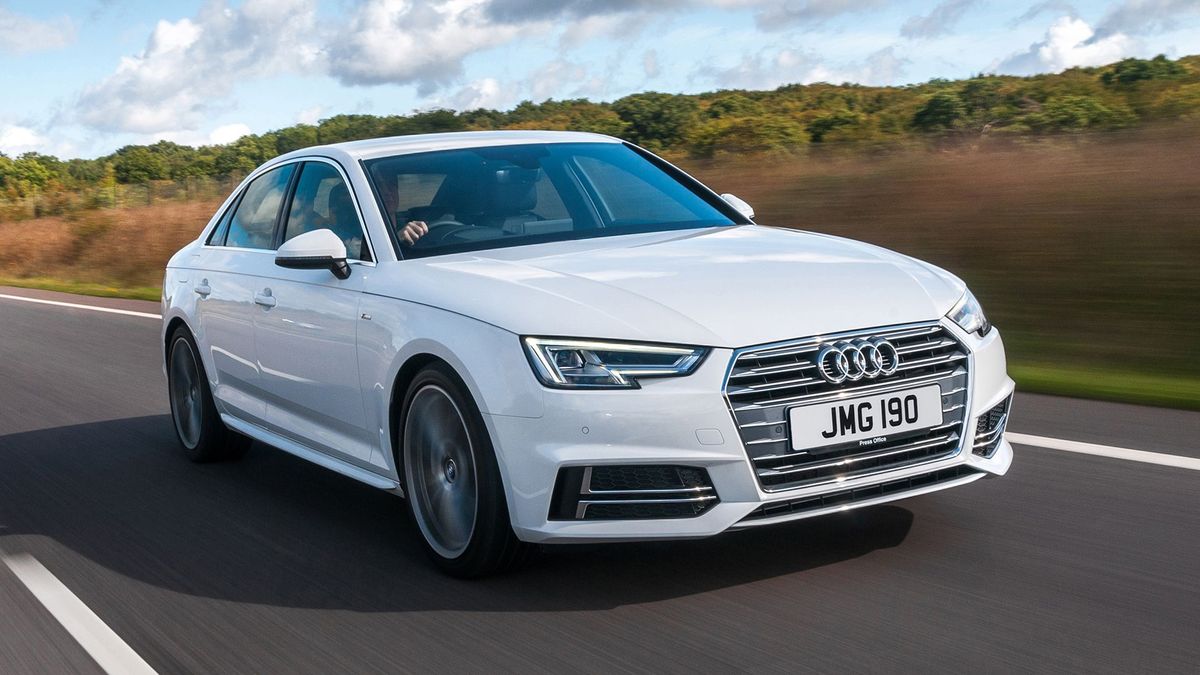 The latest A4 represents a new approach from Audi. The focus on ride comfort and refinement has paid real dividends, and the A4 drives and feels like a much bigger, plusher car. The stunning interior, hushed and efficient engines and generous interior space are all big plus points. If driving pleasure is your top priority, then the BMW 3 Series or Jaguar XE are both a better bet. But, as a rational, everyday purchase, the A4 is difficult to fault. 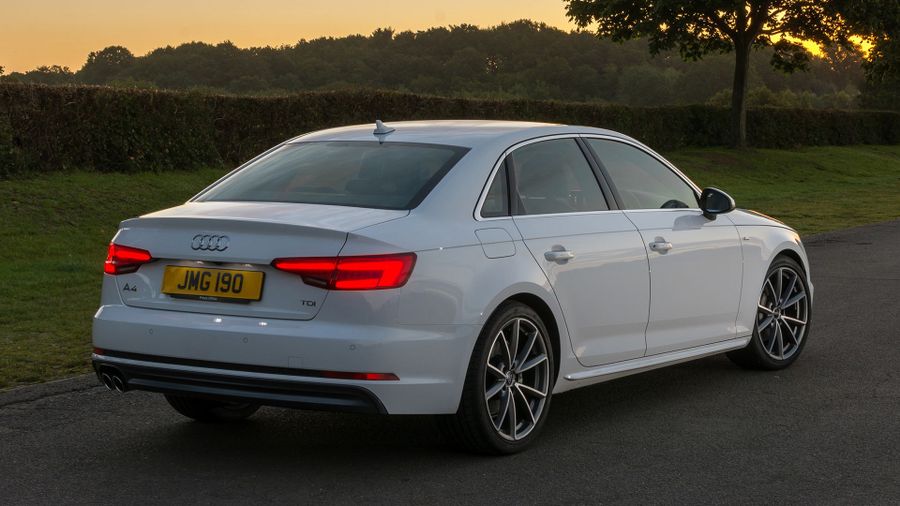 This is a notoriously conservative segment, so anyone expecting a revolution in design terms will be sorely disappointed. This latest A4 looks, by and large, a lot like the previous A4. That does mean it's still a smart, sleek-looking thing, though, and Audi has spent a lot of time in the wind tunnel - so you might notice small differences. The mirrors, for example, are now on the doors rather than mounted to the window pillars, and the car is a little longer and wider than its predecessor. Better still, even the entry-level SE models will look the part in the company car park, with 17-inch alloy wheels, xenon headlights and LED running lights as standard. Step up to a Sport model and you'll get lower, meaner bumpers, a chrome grille, and a different design of alloy wheel. Top-spec S line cars stand out the most, with lowered suspension, a spoiler, chromed exhausts, full LED headlights and 18-inch wheels, but you can fit 20-inch rims as an option.

Audi is renowned for its high-quality interiors, but the company had its work cut out to compete with with the Mercedes C-Class, which previously set the standards in this area. Nevertheless, Audi has crafted a driving environment that feels well beyond its rivals'. The clean, simple dashboard design makes the various functions simple to use, and finding a comfortable driving position is really easy, with loads of adjustment for both the driver's seat and steering wheel. Fit and finish is surgically precise, and there are no cheap or flimsy pieces of trim to let the side down. The fixed infotainment screen that sits above the centre console is really smart, with a magnesium frame and high-definition display. Every detail, from the toggle switches on the standard climate control, to the lights in the headliner are gorgeous pieces of design, and all-round visibility is better than in, say, a Jaguar XE. As an option, you can have the same 12.3-inch ‘virtual cockpit’ that was introduced in the Audi TT and Audi Q7, that replaces replaces the analogue dials. However, we’re not entirely sure why you’d spend the extra. 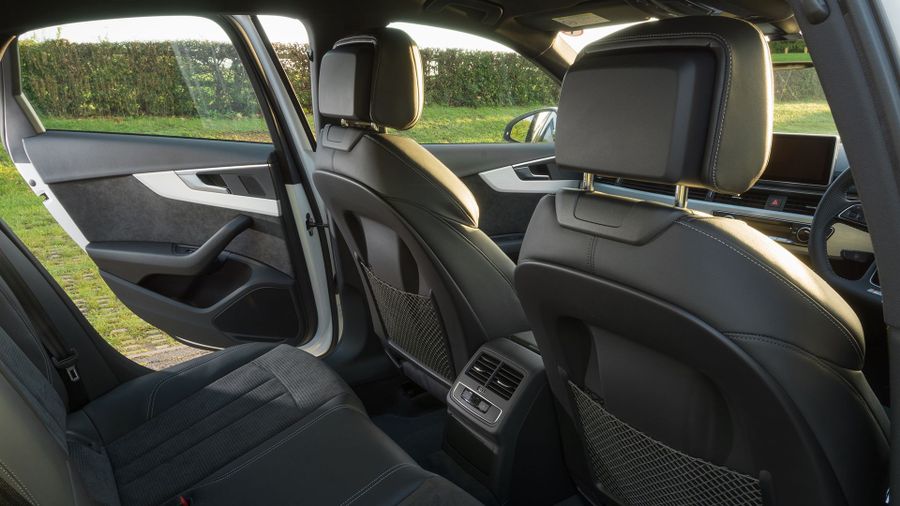 View gallery
“ Unlike most of the competition, Audi provides split/folding seats as standard ”

This is another area where the new A4 excels: it feels wide and spacious up front, with plenty of light reaching the cabin, and those in the back get a very generous amount of legroom. Headroom in the back is fine, too, but six-footers will feel their heads brushing the roof lining. A high transmission tunnel eats into the amount of foot space across the back row, so carrying three in the back might be a push, but it's the same story in all of the A4's major rivals. Boot space is on a par with the rest of the class, with 480 litres available with the seats up. However, unlike most of the executive competition, Audi provides split/folding rear seats as standard, increasing the A4's versatility.

This has been a real area of weakness for previous versions of the A4, but this model is a very different car. For starters, it's much lighter, so it instantly feels more responsive in corners, and it steers nicely, with accuracy, if not the lovely, natural agility of the Jaguar XE. There are four different suspension set-ups to choose from: two are on standard springs, and two use an adaptive set-up, with a ‘comfort’ and a ‘sport’ option for both. We've driven the A4 with both the standard suspension and the optional adaptive set-up, and the latter is well worth the extra. In short, it works brilliantly, smothering uneven bumps in the road and providing tight body control at all times. It also means the ride on the motorway is really cossetting, even on the larger, optional, 19-inch wheels. By contrast, cars with the standard set-up don't ride as comfortably, feeling more unsettled more of the time. Some of the models we tried were on eco-friendly tyres, which did appear to have an effect on the handling, with the rubber squealing in protest if you went into a tight bend too quickly, but other models we tried didn't suffer from this issue. 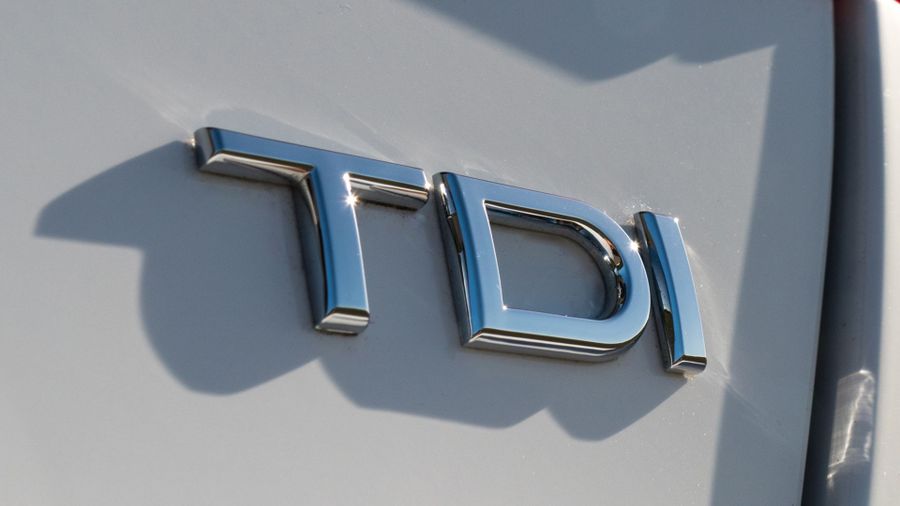 If you're after an A4, then you'll certainly be spoiled for choice when it comes to the engine. There are several to choose from, with three different gearbox options, plus either two- or four-wheel drive. Company car-buyers will be delighted that even the economy-focused Ultra engine has enough pace for everyday use, but the 187bhp 2.0-litre diesel - which is smooth, effortlessly punchy and brilliantly refined - is a very tempting upgrade and offers appreciable extra performance without too big a penalty in economy and emissions. There’s also a brace of 3.0-litre V6 diesels to choose from - the faster of which will hit 62mph in just 5.3 seconds - but it's the less powerful one that really impresses. Smooth, flexible and hushed, it delivers spirited performance and sets the efficiency benchmark for six-cylinder diesels engines by posting returns similar to the 2.0-litre engines. The only petrol we've tried is the potent 249bhp 2.0-litre, with four-wheel drive and a seven-speed twin-clutch automatic gearbox. The transmission provides quick, precise shifts, but it's not quite as smooth between the ratios as the eight-speed auto' in the BMW 3 Series. All of the engines on offer are very competitive when it comes to sheer performance, but they also manage to be noticeably smoother and quieter than what you'll find in rival cars from BMW and Mercedes.

This is yet another area where Audi excels, and the A4 is up there with the best-in-class when it comes to efficiency and CO2 emissions. Its relatively light weight and aerodynamic shape mean it competes with the BMW 3 Series and Jaguar XE (the cleanest 2.0 TDI Ultra emits 99g/km and returns 74.3mpg) but without the need to fit tiny 16-inch alloy wheels. Better still, choose the more powerful 2.0-litre diesel and those emissions rise by just 3g/km, so there is only a tiny tax penalty for the extra performance. However, the real breakthrough story lies higher up the diesel range with the 215bhp 3.0-litre V6 returning a scarcely believable 67.3mpg and 109g/km. The petrol engines, too, do a decent job, with the automatic version of the 187bhp 2.0 TFSI managing 55.4mpg and 116g/km. While servicing and other running costs like insurance will be slightly above average (as with any premium model), Audi A4s have traditionally strong residual values, so you should get back a good chunk of what you initially invest when the time comes to sell the car on. 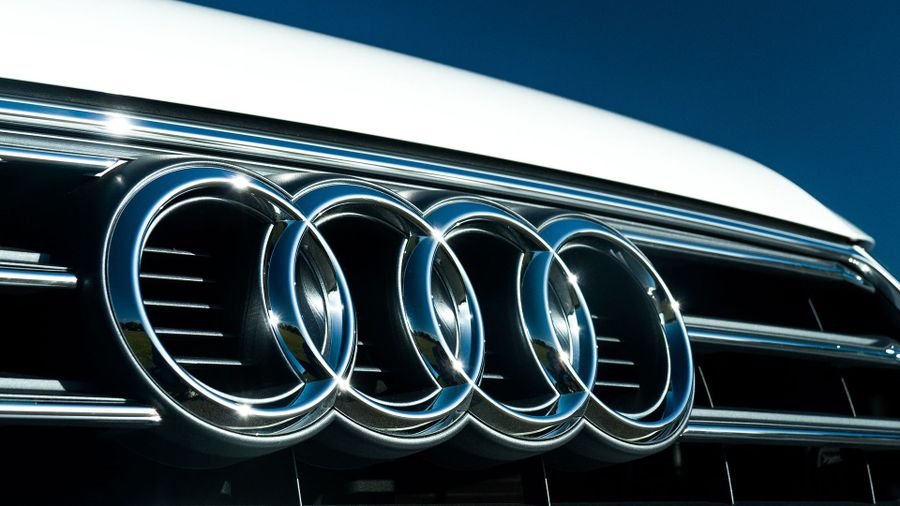 Audi has never fared well in customer satisfaction or owner reliability surveys. Buyers often complain about the number and cost of the repairs required, and as a result the brand now sits well down the manufacturer rankings in the Warranty Direct Reliability index. Mercedes, BMW and Jaguar all perform better, and the previous A4 put in an equally poor showing, with issues with the electrics and engine trouble among the biggest complaints from buyers. Hopefully with an all-new chassis, overhauled engine range and much higher-quality interior, Audi can improve its patchy record. At the moment, though, it's far too early to know if this model will buck the trend, but it comes with a standard three-year, 60,000-mile warranty from new.

The A4 is reasonably well equipped as standard, with all the usual boxes ticked when it comes to keeping you and your passengers safe and sound. That means you get six airbags, anti-lock brakes, traction and stability control. For even more security, there's also cruise control, reversing sensors to help you park, and a pop-up bonnet to protect any pedestrians you may accidentally hit. There is also a system that'll brake for you to prevent a crash around town. All that kit helped to earn the A4 a maximum five-star rating from Euro NCAP, but if you want to spend a bit more, then there are a huge number of active systems you can pick from the options list. These include an adaptive cruise control and lane assist system that is so advanced the A4 can almost drive itself. Traffic sign recognition, cross traffic assist and a head-up display are all available to those with deep enough pockets. 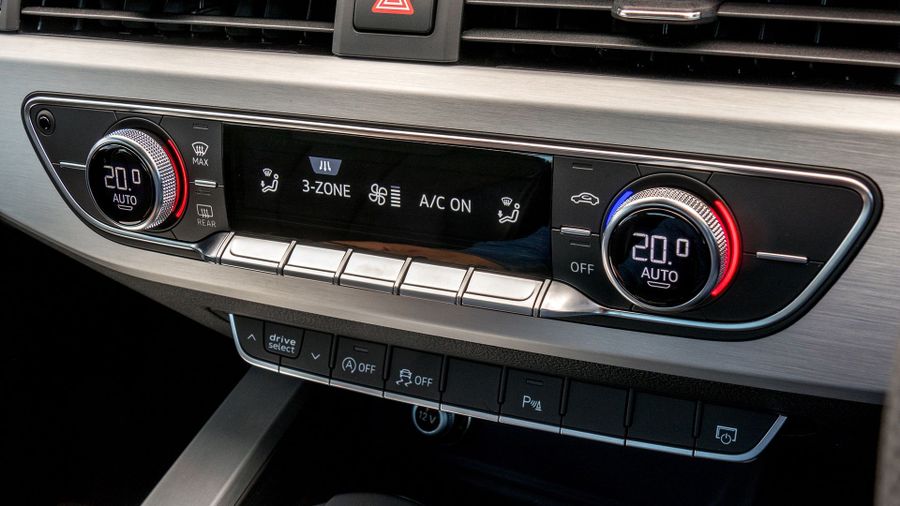 On the surface, the A4 seems to be no better or worse equipped than its closest rivals. SE versions get three-zone climate control, cruise control, automatic lights and wipers, and xenon headlights with LED running lights. Rivals will often make you pay extra for those last two. However, BMW provides sat-nav as standard across its range, and you'll need to step up to a Sport model before you'll get it fitted in the A4. Similarly, most mid-range trims offer leather, heated seats for the front two passengers, but even on the top-spec S line cars, you have to pay extra for these luxuries, and they don't come cheap. Ultimately, all the basics are covered, but by the time you end up with the car you want, the price may have risen more than you might expect. Audi has bundled a lot of these desirable options together into packages, but the bottom line is that other brands - especially Mercedes and Jaguar - feel more generous.

If you value comfort, space and refinement, the Audi A4 should definitely be on your shopping list. It’s quieter than its rivals, rides beautifully (on adaptive springs at least) and has a truly upmarket interior. Combine that with class-best efficiency and strong performance, and it's hard to argue with this saloon's appeal. If you want the best-driving car in this class, though, best look elsewhere. 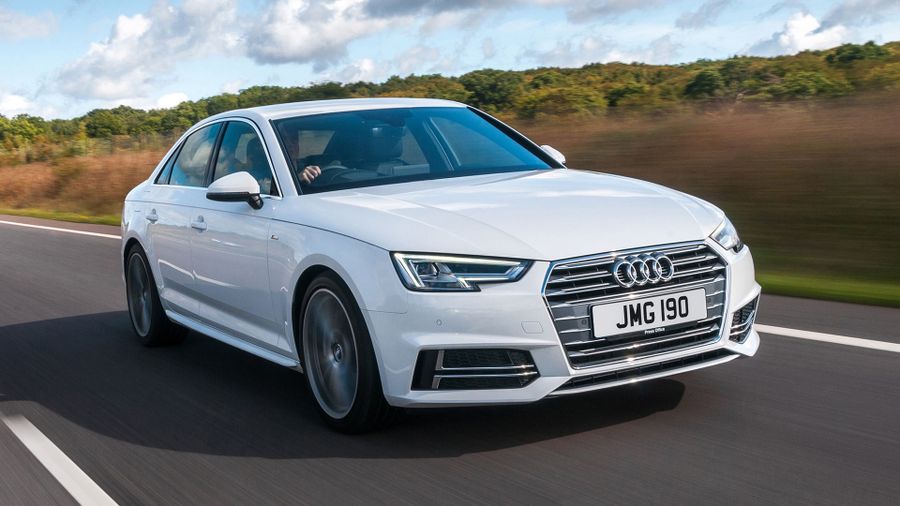 We've tried four of the engine range, and every one impressed
1/28