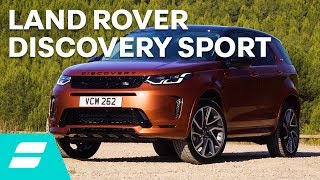 The Land Rover Discovery Sport offers something few of its rivals can match: it comes with seven seats. Combined with Land Rover’s enviable image and the promise of a luxurious interior, that should make it the SUV of choice in its class.
Our verdict

Is the Land Rover Discovery Sport a good car?

Running costsSafetyFeaturesReliabilityInteriorPerformance
The Discovery Sport costs a similar amount to buy as its premium rivals, but resale values are a little below average compared with cars like the Audi Q3 and BMW X3; even the Jaguar F-Pace, with which the Discovery Sport shares many of its components, will hold its value better.

Curiously, the most efficient versions are the ones without mild hybrid technology, but this system does help make the more powerful versions a bit easier on the wallet. According to official WLTP figures, though, Discovery Sports tend to be a little thirstier than competitors, no matter which engine you choose.

That said, the Disco Sport goes some way toward making up for this with low maintenance and repair costs, so while it will probably cost you more to run than those rivals, the extra cost shouldn't be too difficult to stomach.

With 12 new and 2,642 used Land Rover Discovery Sport cars available on Auto Trader, we have the largest range of cars for sale across the UK.