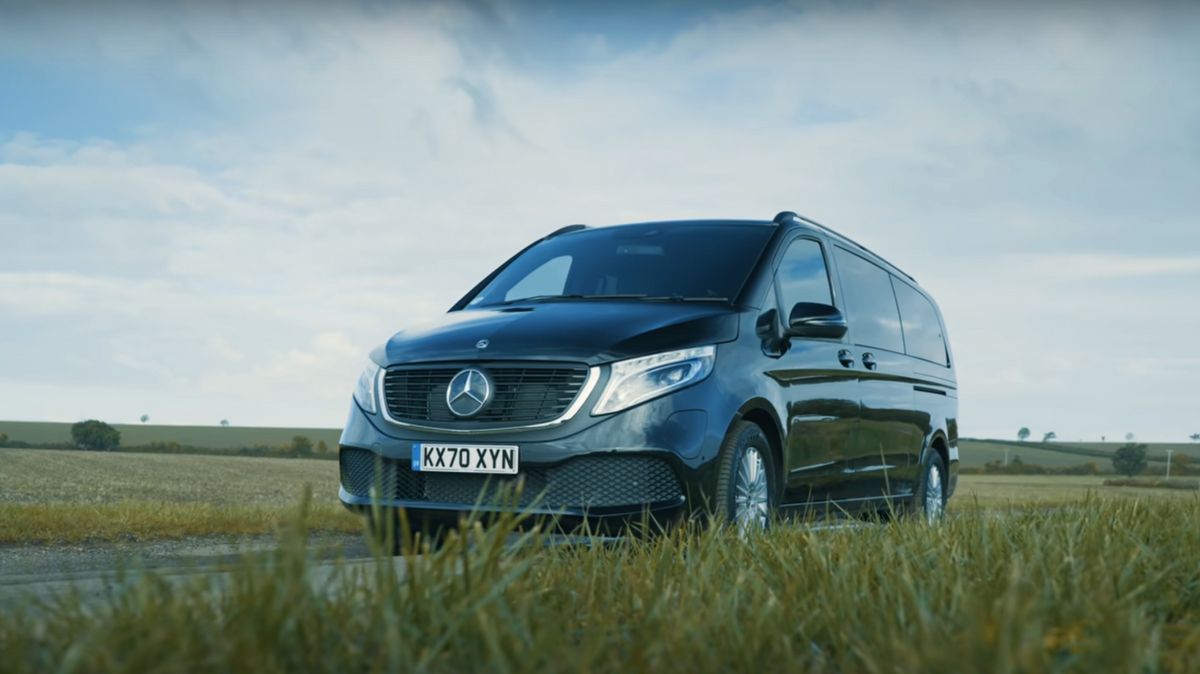 Even though it's electric, it's still a van, so you can forget about super-fast acceleration. It weighs 2,600kg and it's powered by an electric motor, generating 160 kilowatts, which is around 200 horsepower. Zero to 60mph takes around 12 seconds, which is about the same amount of time it will take a Tesla model X to go from 0-60, stop, and then do 0-60 again.

What you want from a vehicle of this type is more room, and it certainly has quite a lot of that. There’s enough room to make most sensible people think twice about buying a seven-seat SUV.

So, let's talk about this van’s practicality. When you have a seven-seat SUV and all three rows are up, you end up with no boot space. This van has massive boot space regardless of how many passengers there are inside. There are two versions: one is an extra long with another 20cm, which equates to a lot of room to play with. There's a split level tailgate so you can open just the upper portion, and then below that there's a flat load area for chucking in occasional items.

When you want to maximise the amount of room you have to play with, you can open the entire tailgate. Make sure you don't park too close to people in the supermarket, otherwise you might end up in a bit of trouble.

You can actually fold up the rear parcel shelf and give yourself quite a lot of room to play with, or remove it entirely - note that this is probably a two-person job, as it is quite heavy.

Up front, the van echoes Mercedes' design ethos, with a premium feel to materials and finishes. The seats are comfortable and the seating position is high, giving you plenty of visibility. It also has lots of room for storage in the centre console, and in the door bins. The infotainment system isn't the latest from Mercedes, but it's easy enough to use and has all the features you'd expect from Mercedes including satnav, Apple CarPlay and the usual mid-tier Mercedes accessories.

The EQV has a lithium-ion battery pack with 90kWh available, which gives it 213 miles of range according to WLTP figures This is not bad at all for a vehicle of this size, but it's worth noting that there are some large cars, such as the Tesla Model X, which can go 300 miles on a single charge and carry six or seven people.

As for recharge time, if you can find a DC rapid charger, it'll sip electrons at a rate of 110 kilowatts, which means you can go from 10 to 80 in 45 minutes.

The EQV is a comfortable place to sit and it's not bad to drive either. The suspension is pleasantly compliant, so you can find yourself flowing nicely over undulations in the road and it soaks up the worst of the imperfections quite impressively.

It's eerily quiet: it will no doubt take van and MPV drivers longer than car owners to get over the lack of noise from a diesel engine rattling around. All you hear is the occasional whine from the electric motor.

The lack of engine noise, however, does expose a certain low-frequency boom in the cabin.

There's a little bit of understeer, which is to be expected, but the brakes are excellent - strong and easy to modulate. You have the ability to change the amount of brake regen on offer by pulling the paddle shifters behind the steering wheels. There are three levels, the most basic level allows it to cruise without the brakes, sacrificing any of its forward momentum, and if you pull on the left pedal once and then again you can cycle between two more levels of regen. The third is the most aggressive of all - it lets you drive with one pedal by slowing the van when you lift off the brake pedal. There's also an auto mode so if you don't want to get involved with choosing your level of brake regen, you can leave the EQV to decide those settings for itself.

It also comes with the ‘Mercedes Me Connect’ app, which helps to keep you and your vehicle safe by allowing you to check your car’s oil level, tyre pressure and fuel, so you’re ready for every journey.

There's a generous amount of equipment, as befits an MPV from a premium brand. The EQV has a nice little basket which contains your charging cables. The parcel shelf has a couple of hidden storage areas.
The sliding doors are electrically operated, and by sliding back as opposed to opening wide, it's easier to park in confined spaces. There are two seats in the second row, and three on a bench seat in the rear. The second row of seats can be adjusted by sliding them along rails to give you masses of legroom. They also recline by a fair amount, so you can get comfortable on a long journey.

There isn't too much in the way of creature comforts in the back, and the lack of USBs is noticable. There are a couple of 12v power outlets and many, many isofix points, so if you have kids, you're going to be impressed.

The EQV is a good alternative to the plethora of SUVs on the market. It's massively spacious from the boot to the front, it's easy to drive and it's hugely practical. The Mercedes badge comes at a price, but in return you get a well-equipped, decent-handling people carrier. 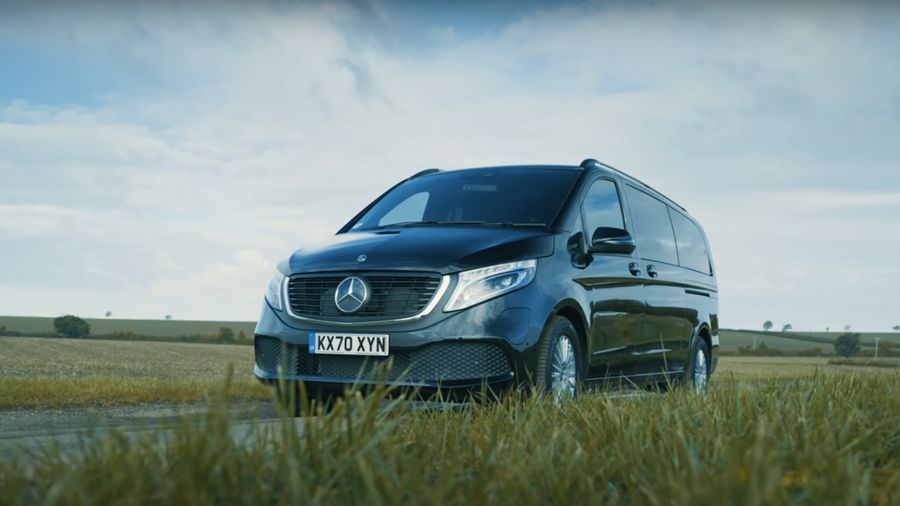