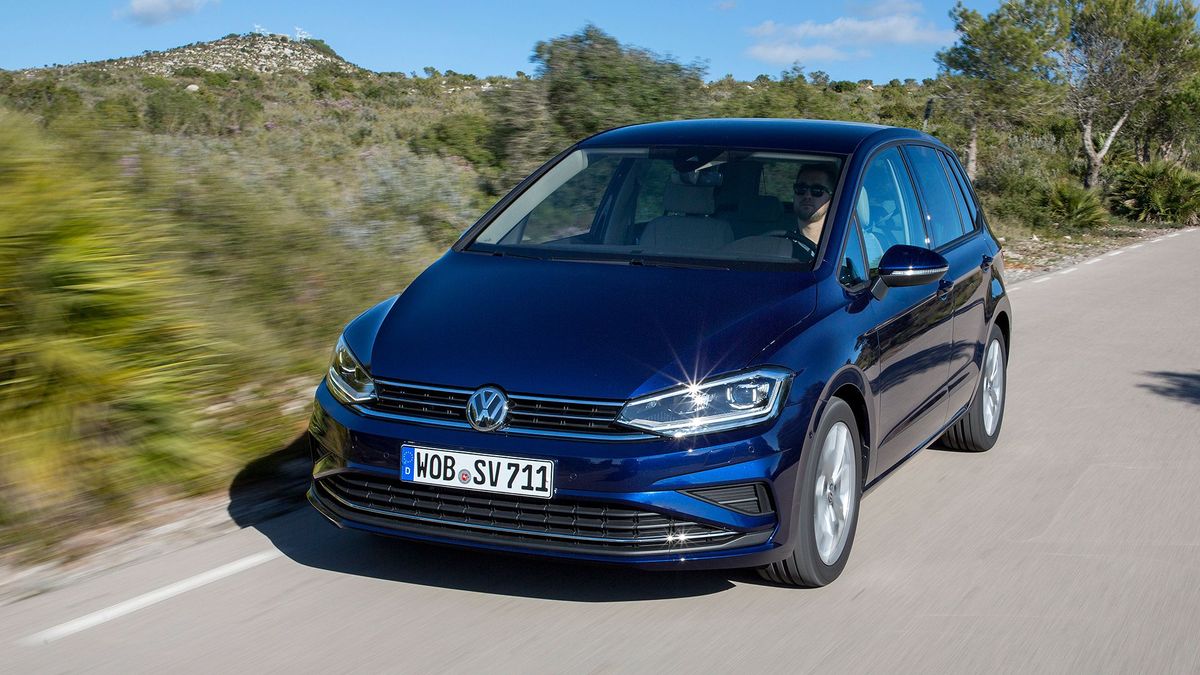 Describing the Golf SV as a very capable car sounds like damning it with faint praise but it genuinely is exactly that, given it takes all that’s good about the regular hatch version and adds a dose more practicality. However, we can see it having rather limited appeal given it does exactly the same job as a midsize SUV, except it’s not as stylish. If you’re not so fussed about following fashion it’ll serve you very well indeed, though.

Pick of the range
1.5 TSI 130 SE Nav manual
The right balance of performance and running costs, and plenty of kit, too.
Best seller
1.5 TSI 130 SE Nav DSG
Most customers will pay the extra for the convenience of the automatic gearbox.
Most economical
1.0 TSI 85 S manual
Until the diesels arrive, the lowest-powered petrol is cleanest. 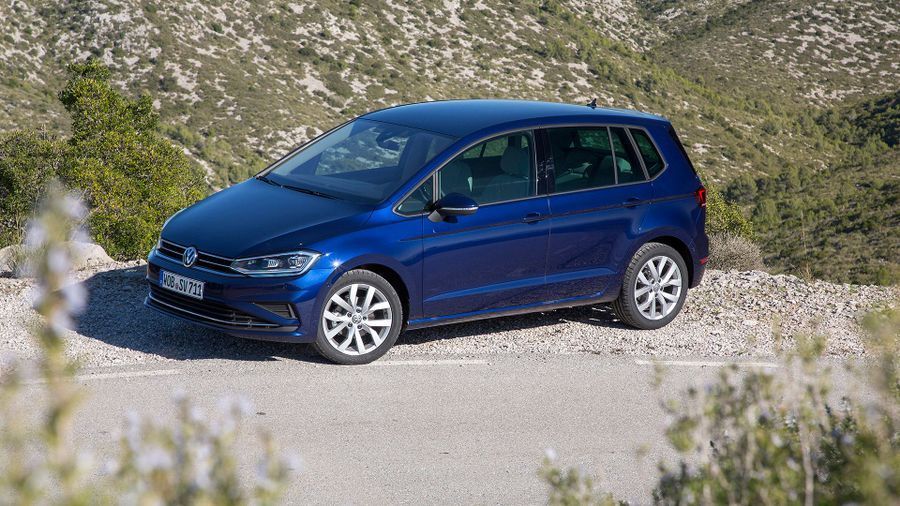 The SV costs you a fair slice more than the regular Golf – which is fair because you’ll get more metal and associated kit for your money – but the gap is big enough that you’ll have to make sure you really want the extra space before signing on the dotted line. Like all Volkswagens the Golf SV’s running costs are reasonable, the most economical versions being the entry level 1.0-litre petrol and 1.6-litre diesel. CO2 emissions on all are carefully pegged, with even the worst only scoring 122g/km and there being little or no penalty for choosing the automatic gearbox where offered, though fuel consumption does suffer slightly. It’s also worth noting an SV is marginally worse on all measures when compared like-for-like with its equivalent Golf Hatch, meaning running costs will be higher. The SV won’t hold its value as well as the regular Golf, either, because it’s less desirable, and this will put another dent in your whole-life running costs.

Reliability of a Volkswagen Golf SV 3/5 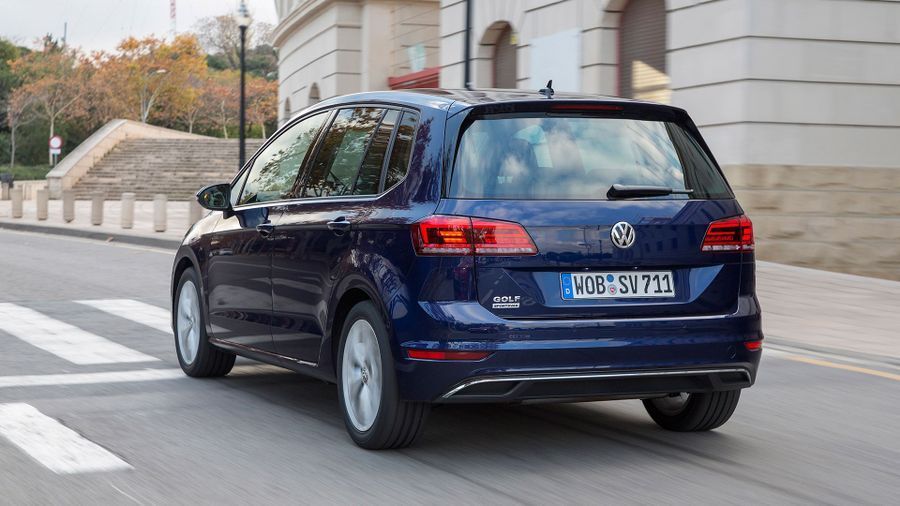 The available data tells a very mixed story about how reliable the SV will be. Look at Warranty Direct’s Reliability Index, and you’ll find Volkswagen sits in the bottom half of the manufacturer standings, and the Golf Plus – the SV’s predecessor – isn’t exactly the firm’s top-performing model, with a rather disappointing score. However, the SV is built using vastly different components to those of the Plus, so we’d hope the model’s hardiness has improved since then. Also, our owner reviews suggest a much more positive picture of the SV’s – and for that matter, the Golf Plus’ – reliability, with high-end scores all-round. Like all VWs, the car comes with a three-year/60,000-mile warranty, which is par for the course but nothing special.

Safety for a Volkswagen Golf SV 4/5 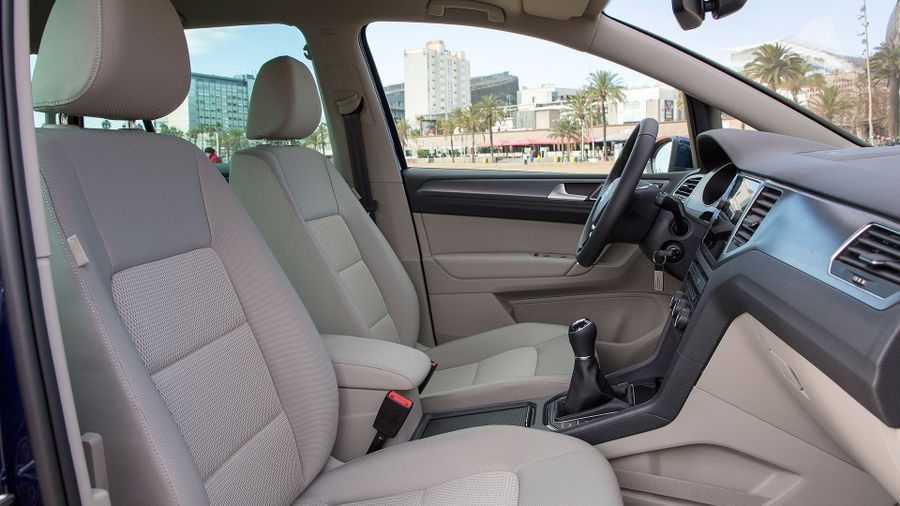 As you’d expect on a family car, and in keeping with the rest of the Golf range, the SV has plenty of standard safety kit, including automatic emergency braking to bring you to a halt should a pedestrian or similar hazard appear in front of the car, two Isofix mounts on the rear seat along with three-point belts for all three seats and a healthy complement of airbags. A ‘pre-crash’ system to tension seatbelts, close the windows and sunroof and prepare the brakes is standard on all but S models, though side airbags and belt tensioners on the rear seats remain optional. More extensive driver assistance systems are also optional, these including active interventions should you drift out of lane, self-dipping headlights, steering and braking assistance in traffic jams and even a function to safely bring the car to a halt at the side of the road should the driver become suddenly incapacitated.

How comfortable is the Volkswagen Golf SV 4/5 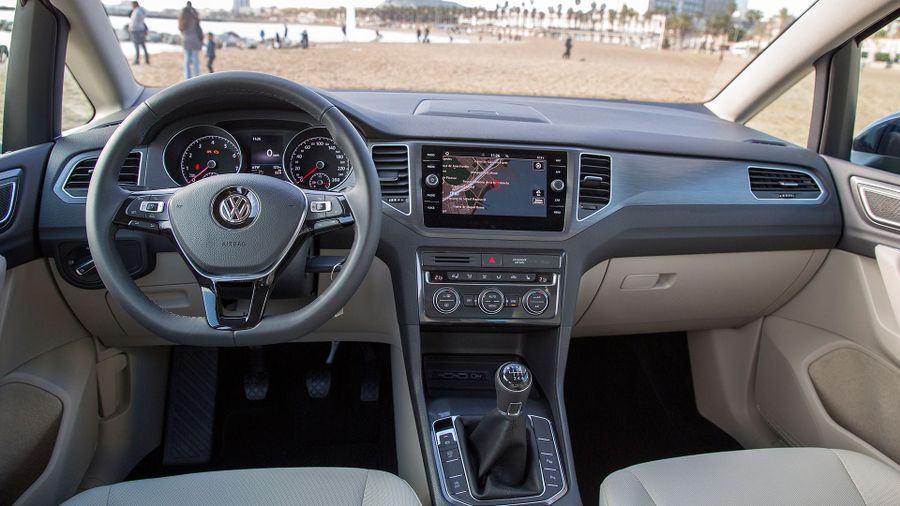 It’ll be no colossal surprise to learn that the Golf SV behaves much like a regular Golf on the road, but that’s a very good thing. You can feel that the SV is bigger and taller because it’s a fraction more laboured in the way it changes direction, but it still feels secure, stable and reasonably crisp. The lightness of the steering, pedals and gearshift also contribute to the SV’s generally very easy-going feel. So does the comfortable ride, which, in a car designed to ferry families, is always the most important thing. The suspension does a great job of isolating you from the effects of a nasty road surface, so the only thing that’ll irritate the kids is each other. We’ve also tried a car with the optional Dynamic Chassis Control, which adjusts its behaviour according to the driving mode you select. You can certainly tell the difference between the various modes, but we reckon the standard suspension is plenty good enough in its balance of ride and handling without having to pay the extra.

There’s also lots of adjustment for your driving position, but whatever you do with the adjusters, you feel perched up pretty high. Also, some drivers might wish that they could alter the angle of the seat base, because it feels pretty steeply sloped from front to back. The big windows and slim pillars mean your all-round vision is pretty clear, though.

There’s a bit more distance between the axles than a regular Golf too, meaning more legroom. The rear bench slides back and forth, allowing you to juggle the space available between the passenger compartment and boot as necessary, and with it in its rearmost position, the kneeroom on offer is positively palatial. The tall body also means headroom is very generous, so a pair of tall adults will have room to stretch out. The cabin is a tad narrow for a third passenger to fit comfortably, but it’s not out of the question for short trips.

Features of the Volkswagen Golf SV 4/5 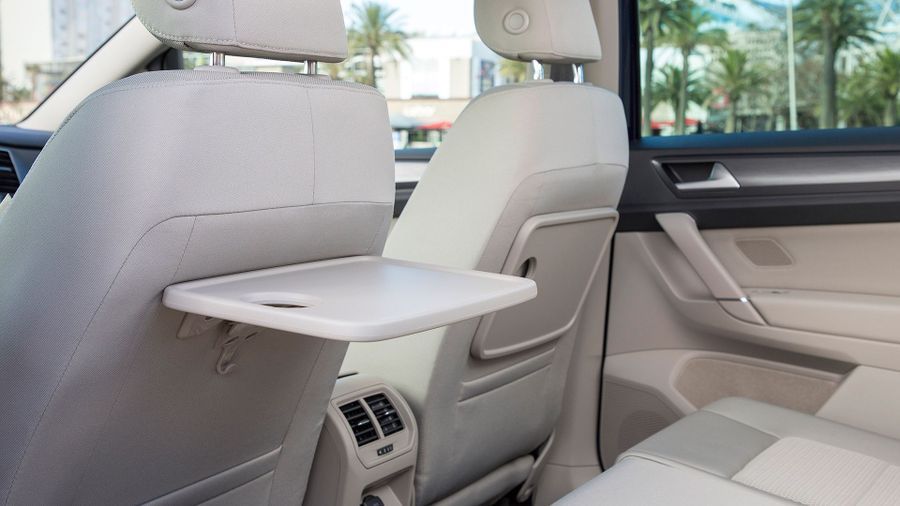 Standard equipment for the Golf SV is decent, with touchscreen control for Bluetooth-linked infotainment system, ability for Android phone users to read, compose and send text messages (albeit only at a standstill), manual air conditioning and power adjustable mirrors. Match is worth the upgrade for the active, radar-assisted cruise control, driving mode selection, touchscreen controlled navigation and improved fixtures and fittings. GT Edition is a more style-led trim level, increasing the sense of luxury without any real functional differences. The expansive options list meanwhile offers plenty of ways to add to the toy count, albeit at a cost.

Power for a Volkswagen Golf SV 4/5 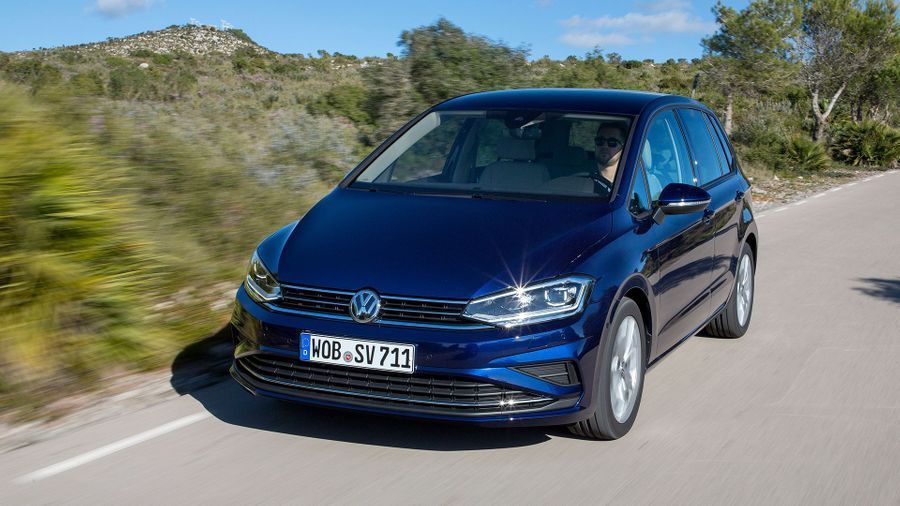 So far, we’ve driven all three petrol options ranging from the entry-level 1.0-litre to the two 1.5-litre options, the most powerful of which has 150 horsepower. Even the base engine feels perkier than you might expect, capable of fizzing along nicely when you keep the revs high, and still pulling along nicely when you don’t. It’s not quick, but it keeps life nice and easy. Going to the bigger engines brings a sense of effortlessness, not to mention improved refinement though the more powerful version doesn’t feel a whole lot quicker so our pick would be the 130 horsepower variant. Diesel options comprise 1.6 and 2.0 litres, the former the best for emissions and economy while the latter offers improved flexibility. 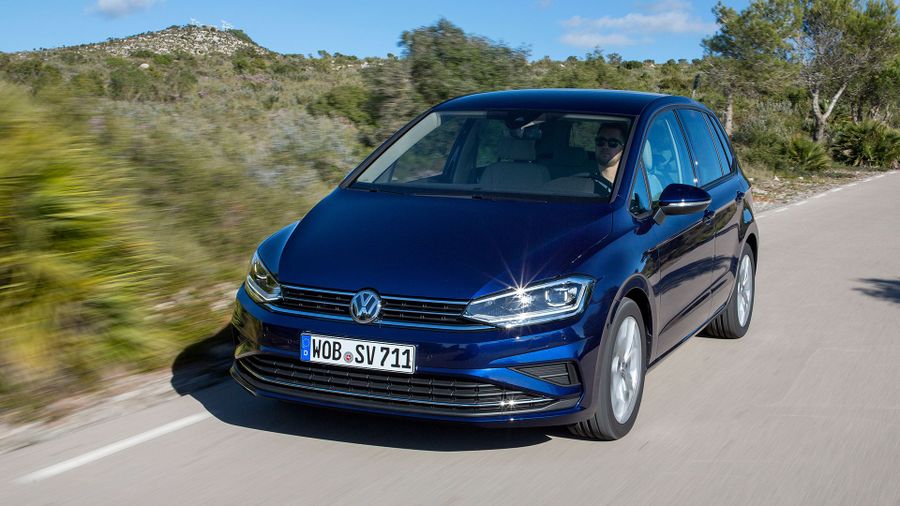