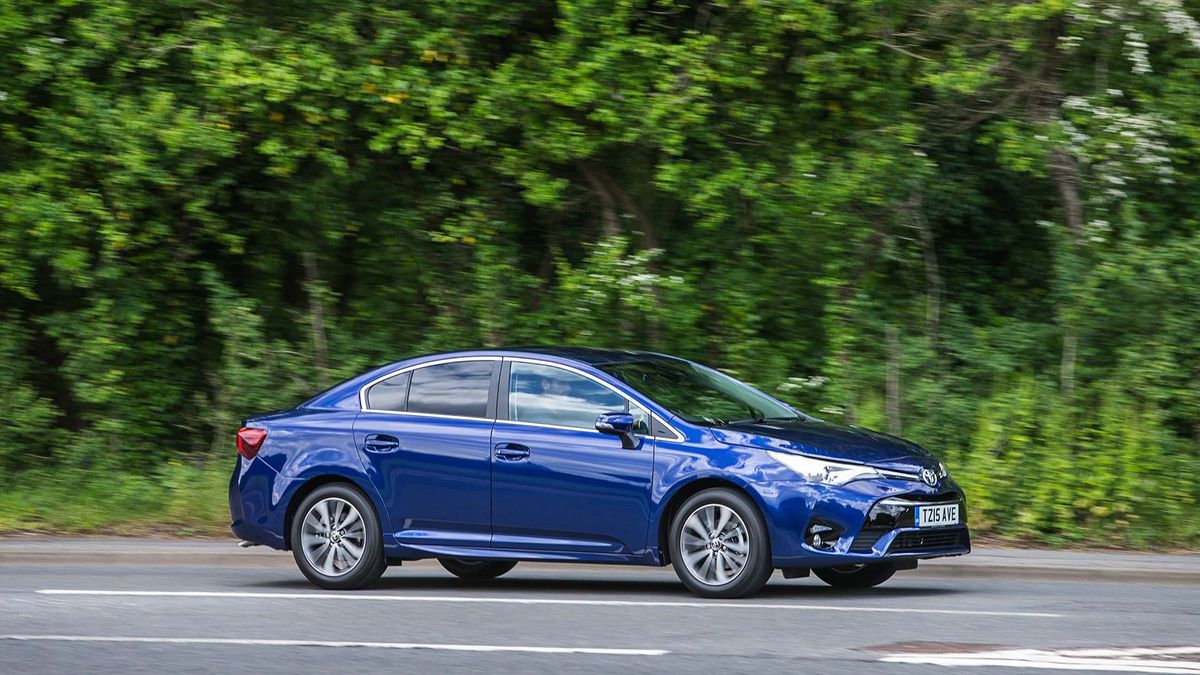 Many buyers will appreciate the thorough changes Toyota has made to its Avensis – it feels a far more competitive company car option as a result, but still lacks standout features. Comprehensive safety kit and the promise of a hassle-free ownership experience will be enough for some, though, and the generous amount of kit and a much-improved cabin help its case, too.

Toyota has taken a subtle approach to sculpting the Avensis, so the 'styling' is more about blending in than standing out. That is equally true of this car's rivals, such as the VW Passat, and Ford Mondeo, but the Avensis is especially conservative-looking. The saloon is sleeker, and naturally less boxy than the Touring Sports estate, but the 17-inch alloys on the Business Edition model seem tiny and get lost in the wheelarches. Still, standard LED running lights, a neatly tapered grille and wider front bumpers do give the Avensis a decent slice of kerb appeal. It mirrors the family look from the latest Auris, Prius, and RAV4. The highest 'Excel' trim gets rear privacy glass, a panoramic sunroof, and full LED headlights, but even in this guise, it's a car that whispers, rather than shouts. 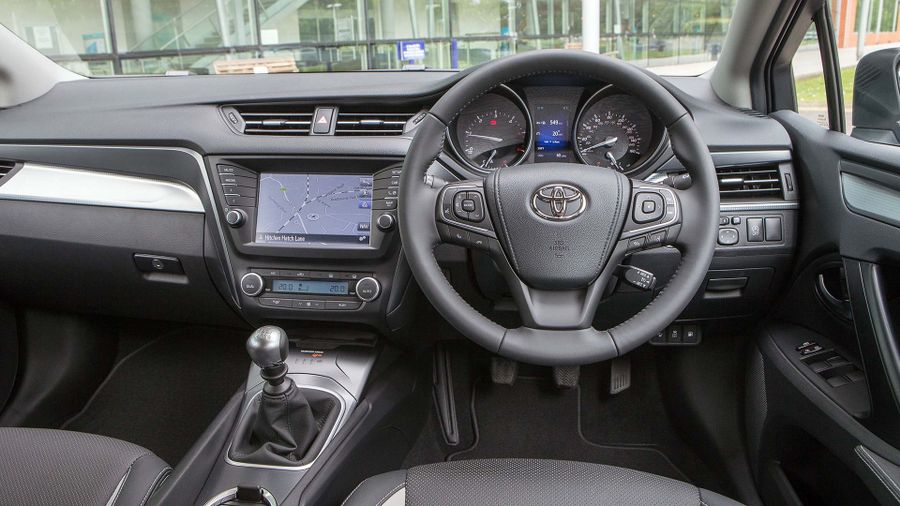 View gallery
“ Build quality is good, and the Avensis feels solid in its construction ”

A simple, uncluttered dash, chunky multifunction steering wheel, smarter surfaces and clearer dials are all a big improvement over the previous Avensis. There's an 8.0-inch touch-screen display plonked in the middle of the centre console, too. Build quality is good, and the Avensis feels solid in its construction, but there are still some hard plastics and sharp edges in obvious places; and, these stop it from feeling as plush as, say, the VW Passat. The front seats are nicely contoured, with thick and supportive side bolsters, but the driving position is not ideal. You sit too high up, so it seems like you are perched above the dash, and there's not enough adjustment to the seat or steering wheel if you're very tall or short. The infotainment system is straightforward, though, and easy to navigate, even if it can take a while to respond to driver inputs. 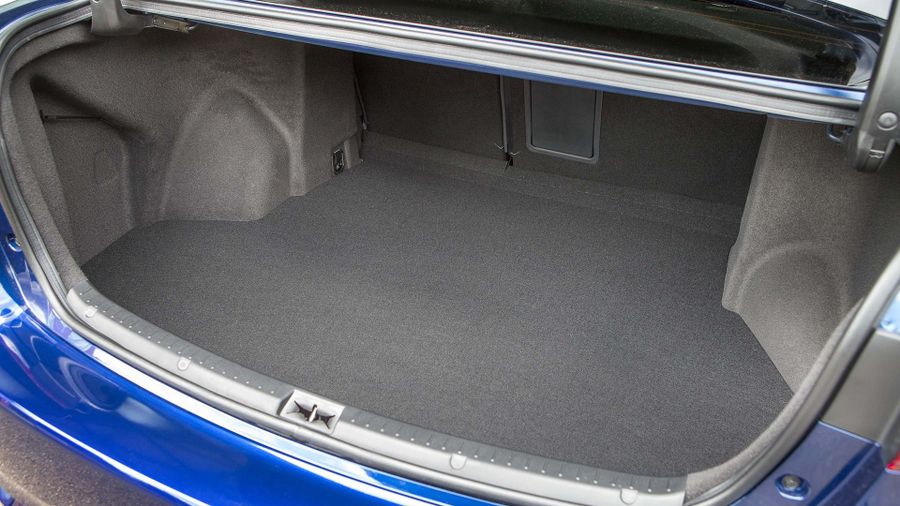 View gallery
“ There is no lofty transmission tunnel in the Toyota, so three adults can fit comfortably ”

Space might not be your primary concern, but if you want your company car to also double as a family workhorse, then the Avensis has you covered. True, the boot isn't class-leading in terms of outright volume, but the 509 litre-space that is available is wide, deep, and easy to access. Hatches like the Ford Mondeo, and Skoda Octavia do offer greater flexibility, but the loading bay is only half the story. There is no lofty transmission tunnel in the back of the Toyota, so three adults can sit comfortably abreast, and head- and legroom are both generous. There's a deep glove box, and large storage bin located under the central armrest too, but oddly, the side door pockets are very narrow. That means they're only good for documents, not water bottles or other bulky, loose items.

Fleet drivers cover hundreds of miles every week, so Toyota has made comfort its biggest priority in the Avensis. This latest car has softer suspension and retuned steering and dampers, which are all supposed to make it a whole lot comfier. The changes have worked, too, and at a steady speed on the motorway, the Avensis feels stable and planted, and absorbs bumps and dips well. At low speed, it still jiggles and shimmies over potholes and ridges in the road, though. The Ford Mondeo rides better, and is more engaging through corners, too. There is decent grip in the Avensis, but its front tyres will wash wide before cars like the VW Passat on more demanding roads, and the body of the car leans over a fair bit more, too, so it's best to drive in a more sedate and less demanding fashion, as there's no reward for any extra effort on the part of the driver. 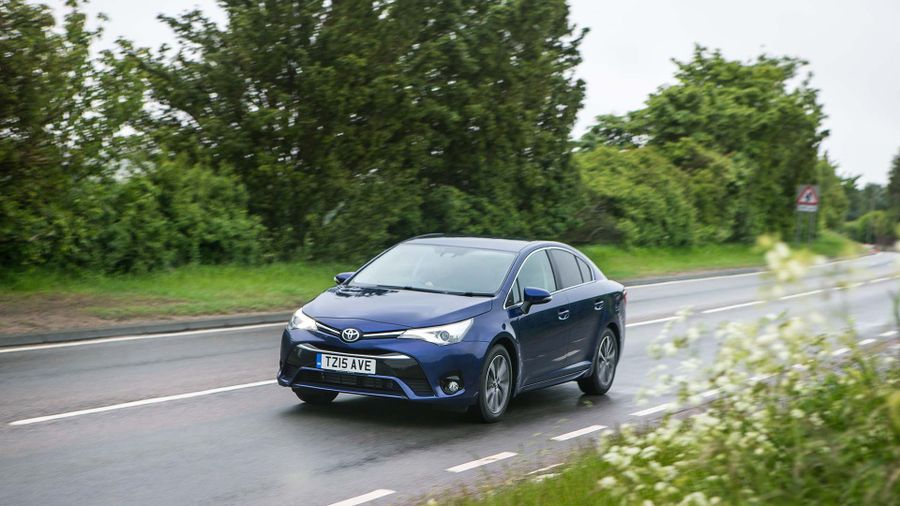 View gallery
“ The six-speed manual gearbox is not as precise as in some rivals, but refinement is good ”

There are three engines to choose from in the Avensis range, and although a handful of private buyers may opt for the 1.8-litre petrol, everyone else will be interested in the two diesels, a 1.6 with 109bhp, and a 2.0 with 141bhp. Both these engines are supplied by BMW, so they have a proven record. Power delivery is smooth and relatively quiet below 3,000rpm in both, but there's a large gap in performance between the two. The 1.6 feels sedate, taking 11.7 seconds to get from 0-62mph. It labours up hills, too, and if you drop out of the narrow sweet spot in the rev range, it falls rather flat. Most 1.6-litre diesel engines are more flexible, so you'll have to change gear a lot more often in the Avensis than you would in some of its rivals. The 2.0-litre is better, and means you don't have to drop down a gear so often, and we'd recommend choosing this engine if you regularly plan to carry more than just yourself on board. The six-speed manual gearbox is not as precise as in some rivals, but apart from some wind noise on the motorway around the wing mirrors, overall refinement is good. However, both diesel engines send a bit of buzz and feedback through the pedals and steering wheel, which becomes obvious when they're worked hard.

BMW is famed for the efficiency of its diesel engines, but the pair it has lent to Toyota are not as eco-friendly as the best cars in this class. The result is that, if fuel economy is your biggest concern, the Avensis comes off second best against its main competitors. The Ford Mondeo and Skoda Octavia both achieve just 99g/km of CO2, making them cheaper than the Avensis as a company car, and lowering the amount of benefit-in-kind tax you'll need to pay. Still, with CO2 emissions between 108g/km and 120g/km - depending on which engine you go for - the Toyota is hardly going to break the bank. The brand has done a lot of work to lower the cost of ownership in other areas, though, so it comes with a five-year warranty, and the service intervals are longer to decrease the amount you need to spend on upkeep. It's priced just below its main family car rivals, and the insurance groups are surprisingly low for such a large car. The only other area it loses out to cars like the Passat is in its residual values. They're not as strong as the VW's, but this is not really an issue for company car users, who make up the vast majority of Avensis owners. 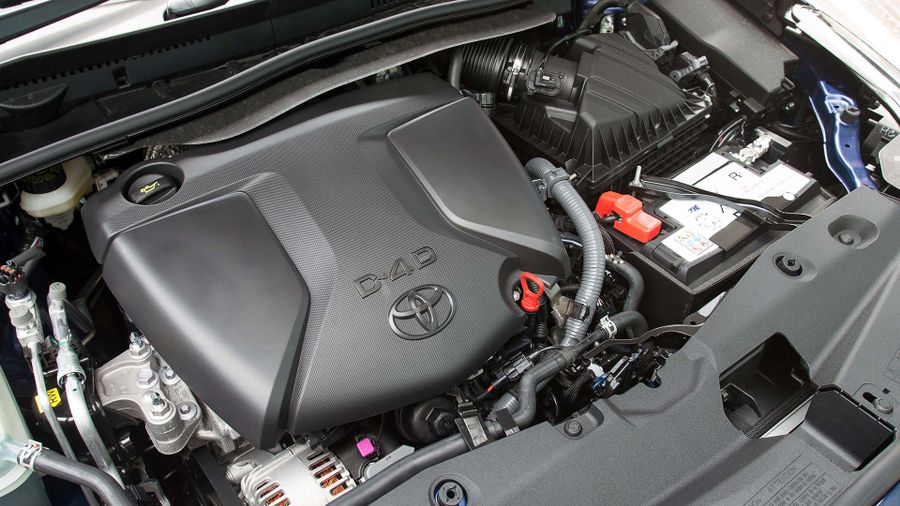 Forget the high-profile recalls in America, Toyota is still a by-word for reliability, and if anything, these headlines have made them even more transparent and quick to deal with any minor issues that may crop up. The brand sits proudly near the top of the manufacturer standings in the Warranty Direct Reliability Index. The Avensis itself also performs well, with owners reporting few issues, but it does have slightly higher repair costs than its rivals if something does go wrong. As we've said above, these engines are proven BMW units, and are unlikely to cause you any problems. What's more, the security of knowing the Avensis is covered by a five-year warranty will be music to the ears of anyone after a hassle-free ownership experience.

Toyota says it wants to make the latest safety kit available to everyone - and a new suite of systems fitted to the Avensis, called 'Toyota Safety Sense', aims to do exactly that. Every model in the range comes with a pre-collision system, which monitors the road ahead, warns the driver if it senses an impending crash, and then primes the brakes. If you don't intervene in time, it'll apply to brakes to bring you to a stop, and (hopefully) avoid a nasty collision. All this equipment no doubt helped secure the Avensis its coveted five star Euro NCAP crash test rating. Move up a trim from the 'Active' models and you'll get a host of other goodies, including lane departure warning, headlights that dip their beams automatically when another car is approaching, and a camera that reads road signs to tell you the speed limit. It really is an impressive roster of kit, and this is exactly the kind of stuff most other brands would ask you to pay for via the options list. 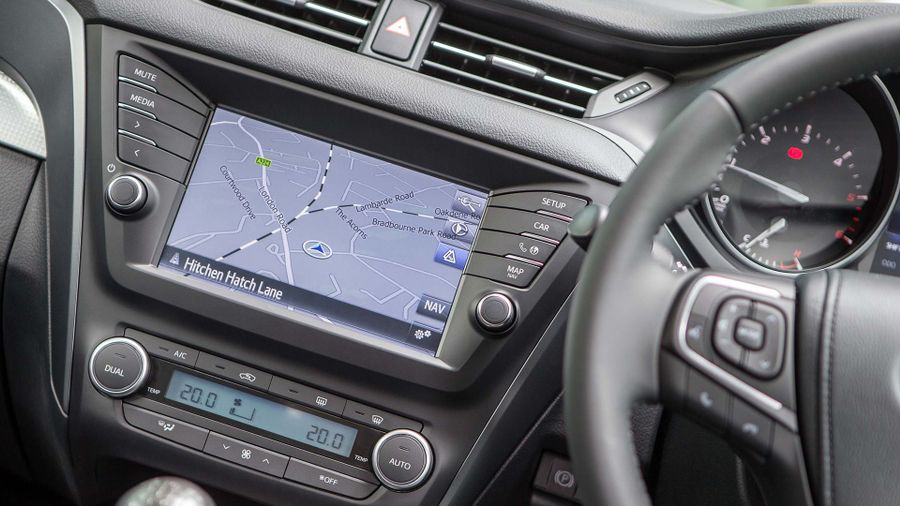 This is another area where Toyota really pulls ahead of its competitors. They know that fleet buyers are often limited by a strict budget, which doesn't allow options, as this forces up the amount of tax you have to pay as a business user. In the Avensis, however, if you choose the Business edition, it comes with everything you need. The big touch-screen has sat-nav with full European maps, and you also get a reversing camera, DAB radio, cruise control, lumbar support for the driver, climate control, automatic lights and wipers and power folding mirrors, plus all the safety equipment we mentioned above. In fact, it's so generous that there seems little point in upgrading to the Business Edition Plus, which only adds leather seats, privacy glass and keyless go.

If you’re a company buyer, the Avensis makes a lot of sense as your daily driver. It’s safe, comfortable and quiet enough to cover long distances with ease, and comes so well equipped that's there is no need to add any options. However, if you're after driving excitement, the lowest C02 emissions, or the most boot space possible, then there are better choices available. 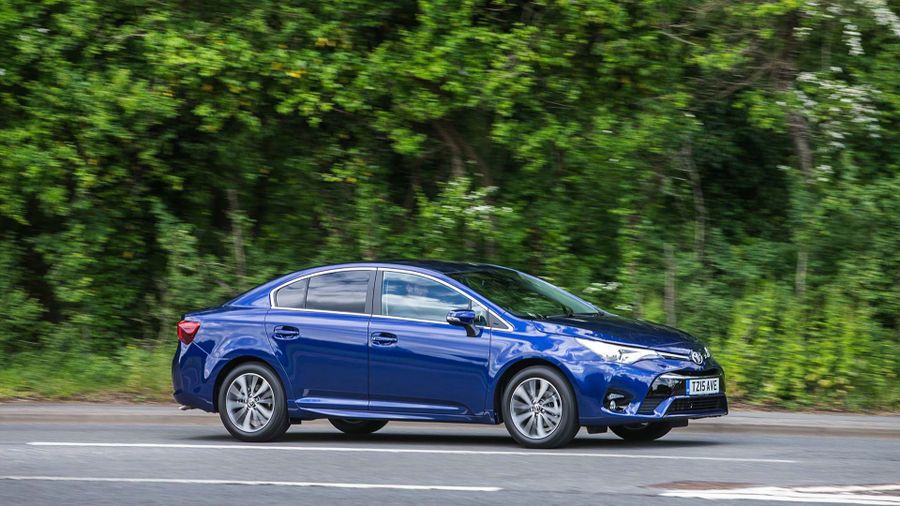