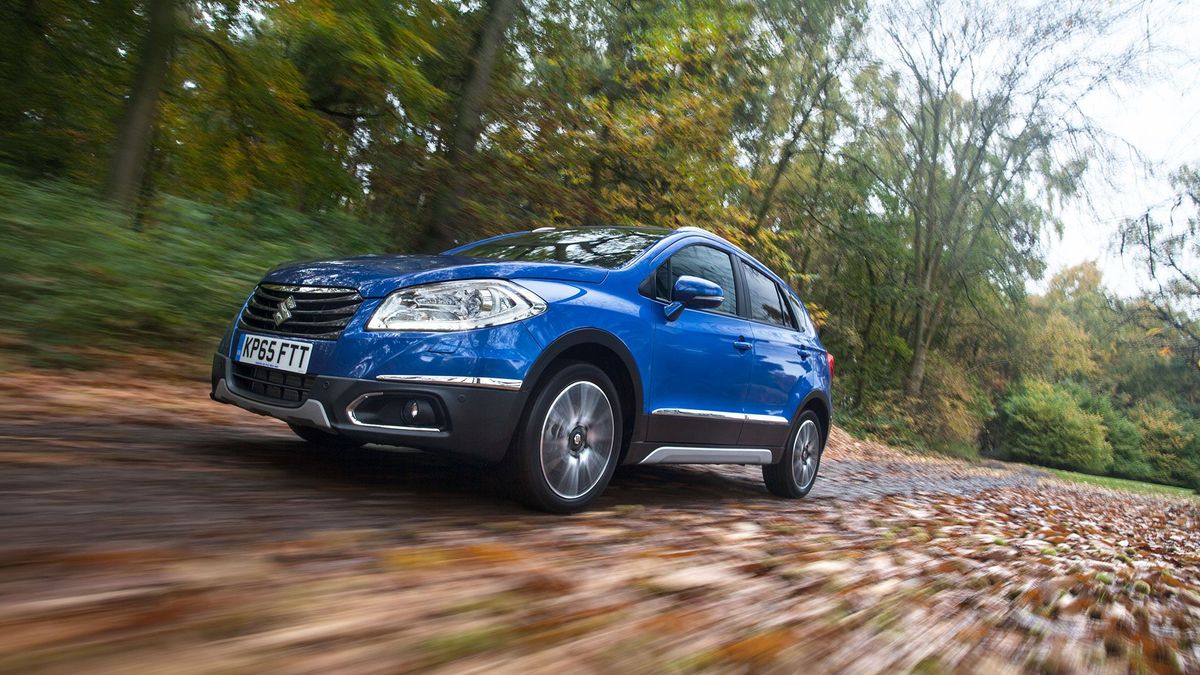 The Suzuki SX4 S-Cross impresses in the areas of practicality and value for money, but the ride and refinement could be better. It’s worth a look if you’re considering a small SUV, but we still think a Nissan Qashqai will be easier to live with. 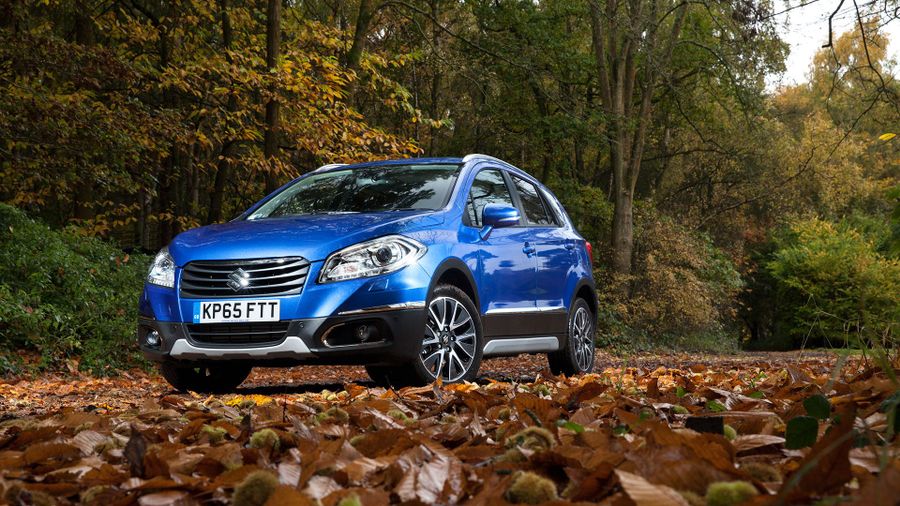 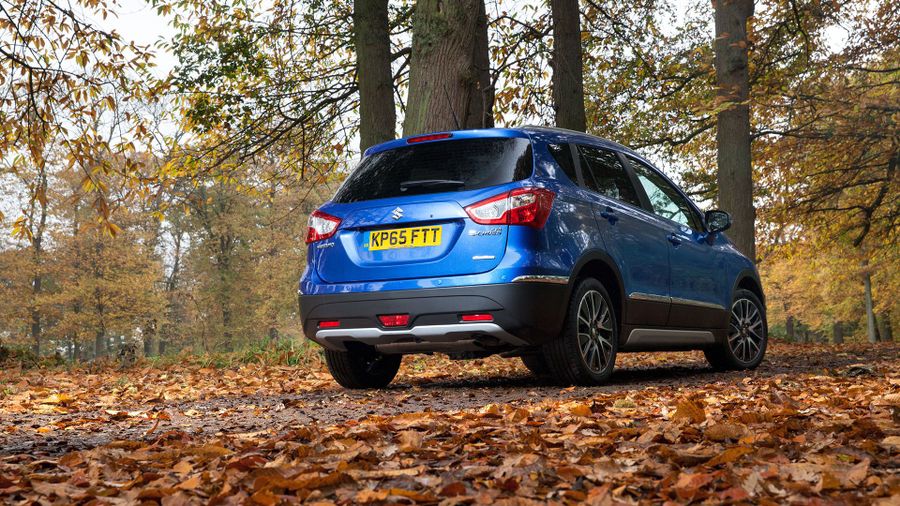 The SX4 S-Cross has Suzuki’s familiar family face, but one look at the rear end will show you exactly which model the firm sees as the car’s biggest rival – it bears more than a passing resemblance to the Nissan Qashqai. The overall look is smart, but it’s worth remembering that entry-level SZ-3 cars miss out on the roof rails and skid plates that give the car much of its chunky 4×4 look.

There’s plenty of adjustment for the driver’s seat and steering wheel, and the view out is pretty good, too. The dashboard is smattered with a fair few buttons, but they’re all big and clearly marked. The interior design is smart and grown-up, but the materials are a little disappointing in places. The soft-touch panel on the dash doesn’t look anywhere near as appealing as it feels, and too many of the other plastics are of the hard, scratchy variety. 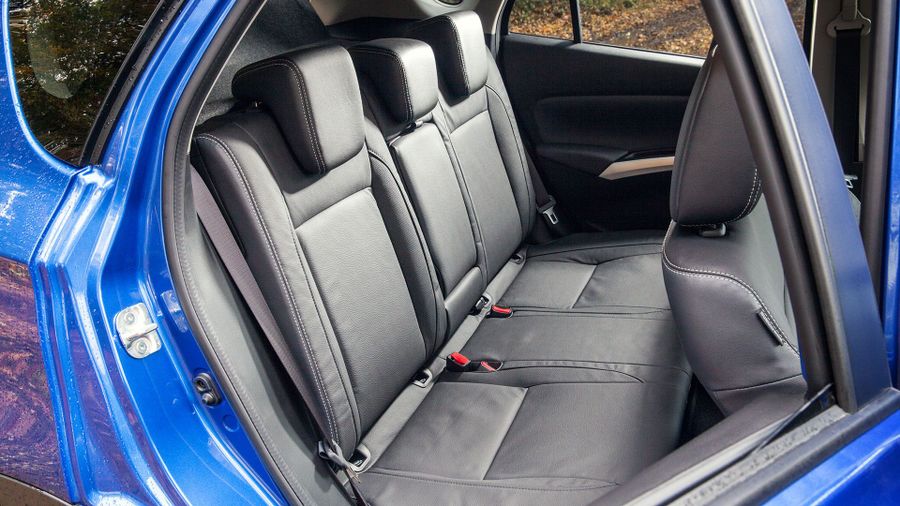 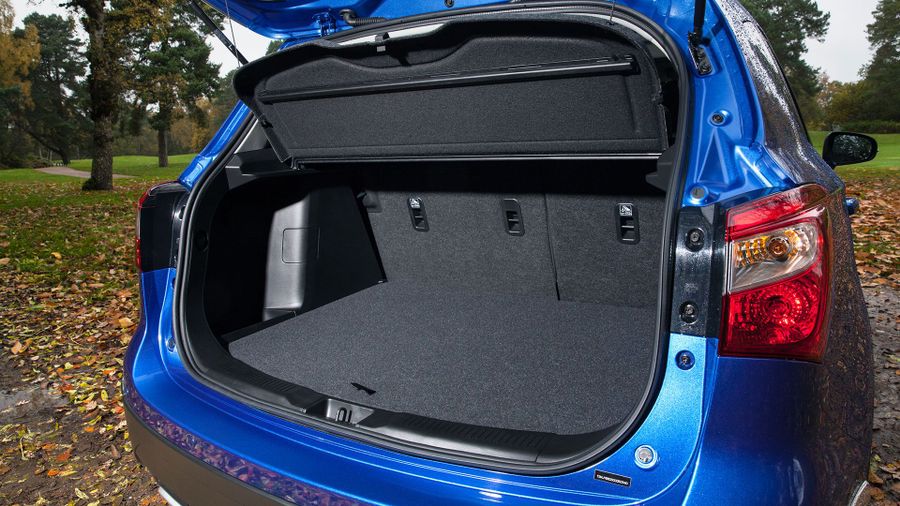 Those in the back of the S-Cross are treated to very generous legroom. Headroom is a little tight for those much over six feet tall, and a shade tighter still if your car has the huge split-panel sunroof, but it does open up to give one of the largest apertures in the business. The boot is a decent size at 430 litres, and it’s a usefully square shape. And, because it has a removable floor that can be set at two different heights, you get a level surface when you fold the back seats down.

The ride has a distinctly firm edge at all speeds, and you feel too much of potholes. There are certainly more comfortable cars in this competitive class. This firmness does mean good body control, though, so the car has a lively, alert feel in the bends. The four-wheel drive versions we sampled (the car also comes in front-wheel-drive form) had plenty of grip and traction, too. However, the car has a tendency to hop sideways over mid-corner bumps, which can be a little disconcerting. The steering, too, is rather light and could do with a little more responsiveness. 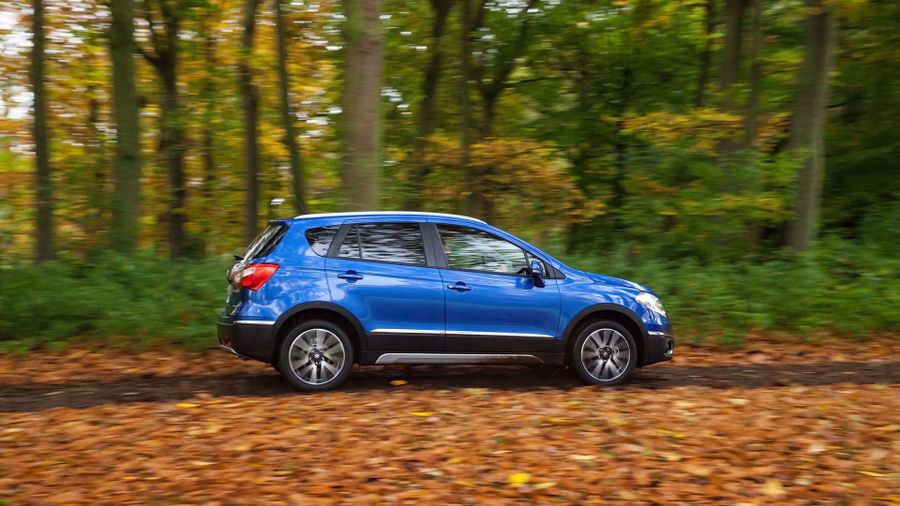 View gallery
“ The diesel is much more relaxed thanks to its taller sixth gear, but it has a rather clattery sound ”

Buyers have the choice of two 118bhp 1.6 engines, one petrol and one diesel. Both are a little flat at low revs, meaning you’ll need to downshift more often than you’d like to maintain your progress. The diesel gets much stronger in the mid-range, and actually feels impressively perky if you keep it spinning above 2500rpm. The petrol, meanwhile, needs many more revs than that for half-decent performance, and even when you thrash it, it never really delivers the sparkle you’re after. The fact that the petrol engine is mated to a five-speed manual gearbox also doesn’t help the S-Cross’s cruising ability, because the low top ratio causes the engine to work hard at the motorway limit, causing a drone from under the bonnet. The diesel is much more relaxed thanks to its taller sixth gear, but it has a rather clattery sound and transmits some vibrations through the controls. The petrol is available with a continuously variable transmission that we haven’t yet tried, while the diesel can be had with a six-speed twin-clutch gearbox. It’s good, offering shifts that are both quick and smooth. And because of the way it manages the revs, it also gives the engine some extra pep.

The entry-level model looks like brilliant value for money, and although prices climb steeply when you climb a notch or two in the range, it’s still priced very aggressively compared with rivals like the Nissan Qashqai and Renault Kadjar. The S-Cross’s impressive efficiency will make it an even more appealing proposition for buyers on a budget. Even the least efficient model (4WD petrol) returns 47.8mpg, while the most efficient (2WD diesel) manages 67.2mpg. The predicted best-seller (2WD petrol manual) delivers a very respectable 51.3mpg.

The materials inside the S-Cross may not have that much in the way of lustre, but they feel solid and well put-together. Suzuki’s reliability record will also be very encouraging. The firm is currently sitting near the very top of Warranty Direct’s manufacturer standings.

Suzuki was confident that the SX4 would achieve a five-star crash test rating from Euro NCAP, and indeed it did, scoring 92% for adult occupant protection. Electronic stability control is provided as standard across the range, and so are seven airbags. 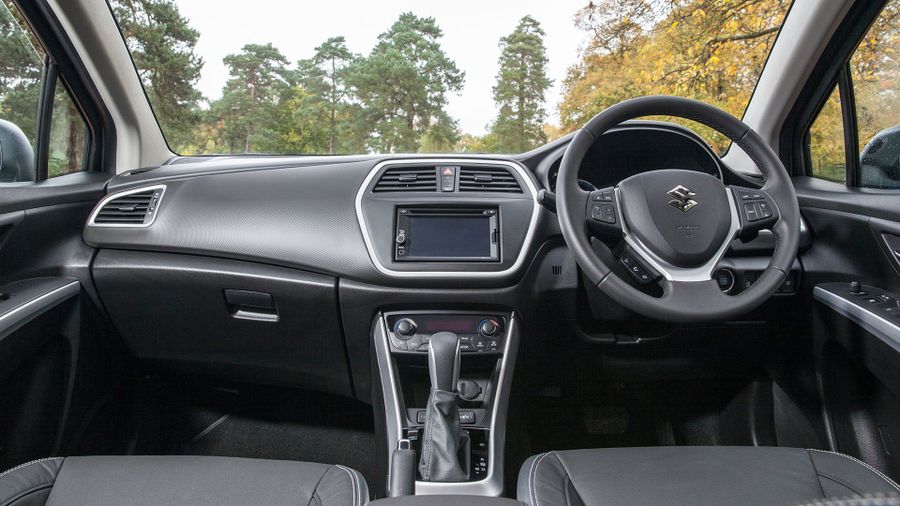 Base SZ-3 spec includes alloy wheels, air-con, cruise control, a CD player with USB connection and door mirrors that are both powered and heated. The silver roof rails and front and rear skid plates you get with SZ-4 trim give you that proper 4×4 look, and you also get foglamps, privacy glass, climate control, keyless entry, Bluetooth and a leather steering wheel. The fleet-focused SZ-T version will add sat-nav, DAB radio and a rear parking camera with sensors, while range-topping SZ-5 trim has leather upholstery, automatic lights and wipers, panoramic roof, front parking sensors and heated front seats.

The SX4 S-Cross has strengths and weaknesses in equal measure, but what could sway it for buyers is the aggressive pricing and the amount of equipment you get as standard. If that’s what you’re after from your compact SUV, then it’s certainly worth a look. 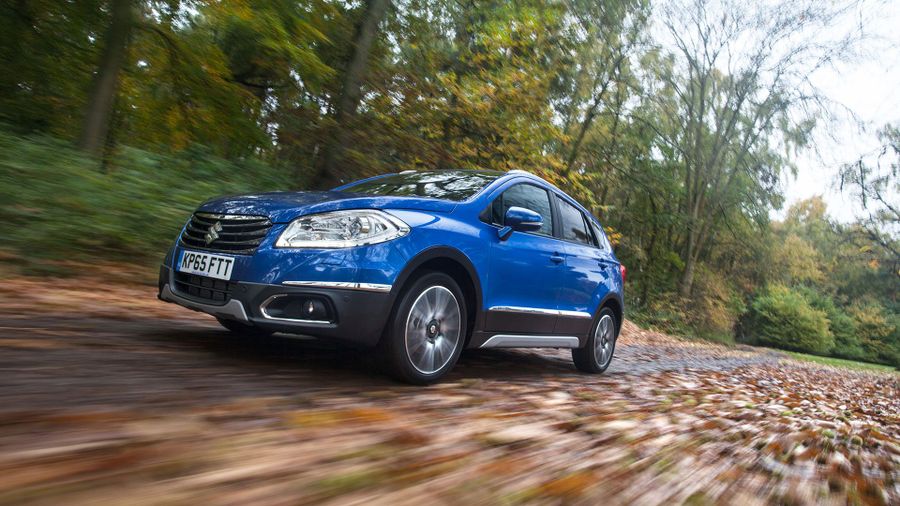