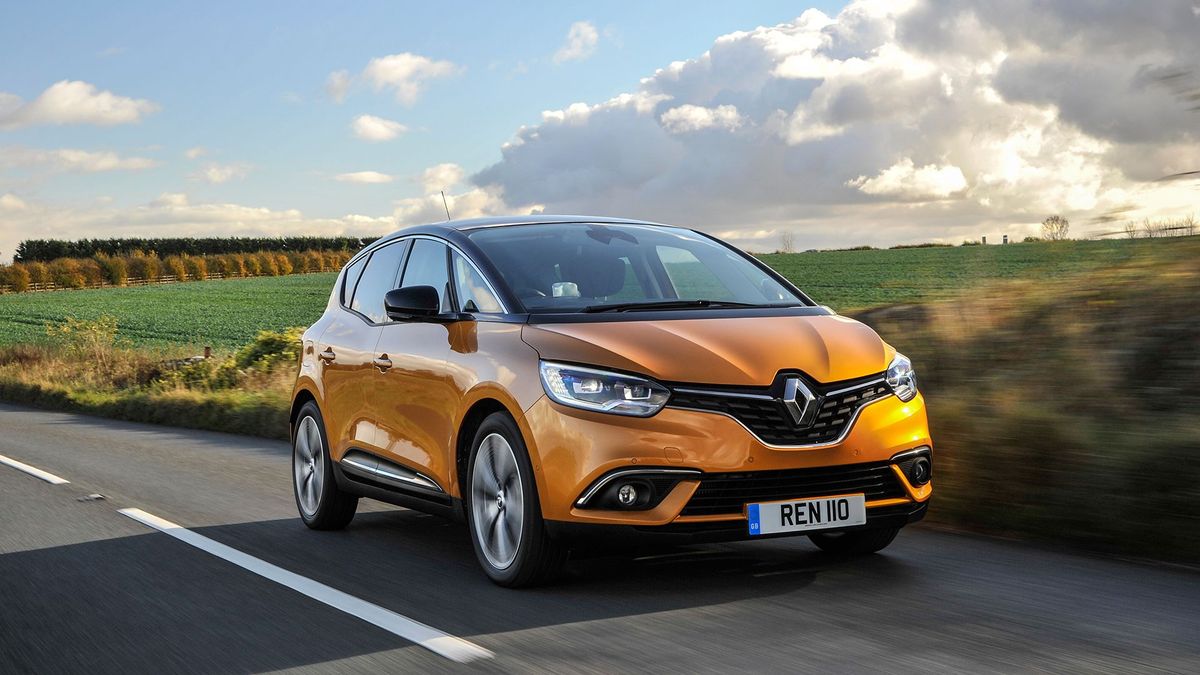 Based on its looks alone, we feel confident that the Renault Scenic has a bright future. It’s not the most refined or engaging motor to drive, but its spacious, airy cabin, family-friendly versatility and easy practicality, married to its SUV-inspired styling, gives it a showroom appeal that few, if any, alternatives can match. 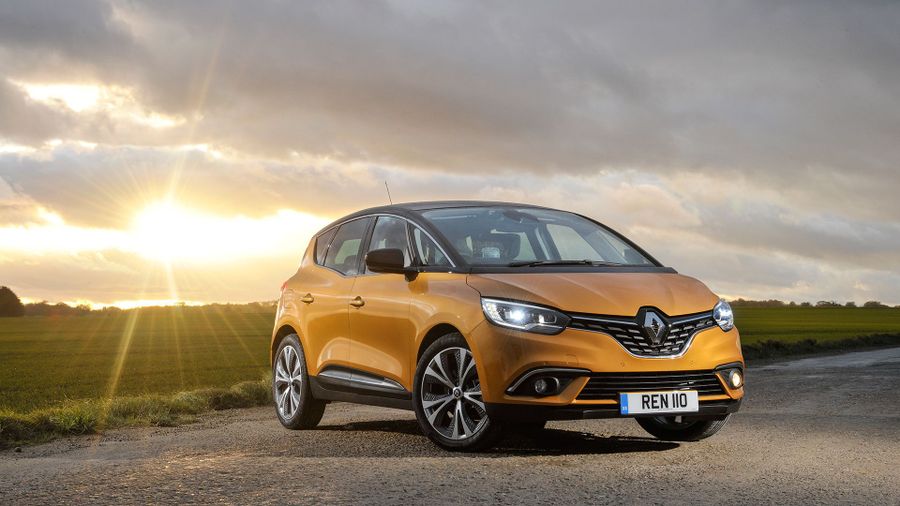 Like other Renaults, the Scenic features a bold diamond badge and distinctive swept back grille, but the family resemblance to the Captur and Kadjar SUVs doesn’t stop there. While the kinked rear window line and faux running boards at the base of the doors give it a sturdy appearance, the two-tone colour combinations, large wheel-arches with 20-inch alloys, and a raised ride height all contribute to what is currently one of the most dramatic-looking MPVs. 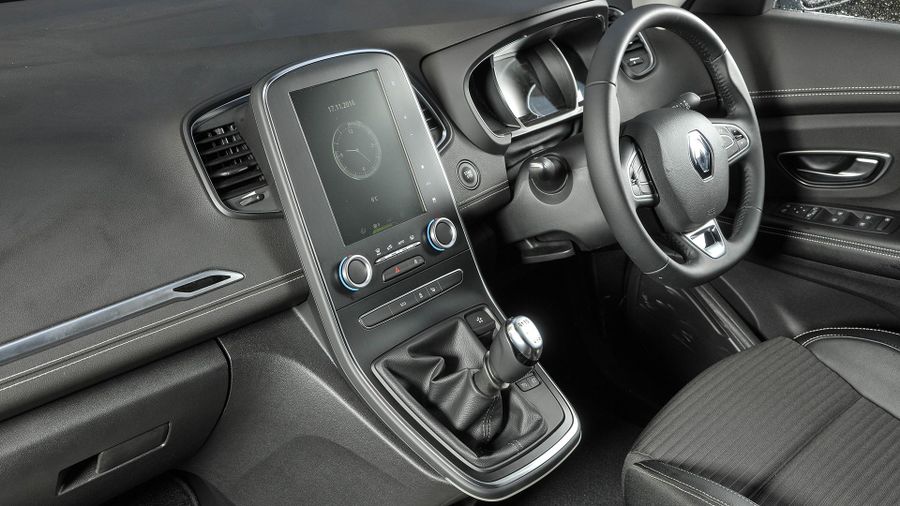 The Scenic’s interior feels light, airy and spacious, thanks to the large expanses of glass. On the lower trim models, the dashboard features a 7.0-inch touch-screen, while posher models are fitted with an 8.7-inch portrait-mounted screen. The basic system is reasonably easy to navigate, with a simple menu structure and large on-screen icons that are easy to hit. The higher end system is less intuitive, though, because the layout and the functionality are far more complicated. Some menus are difficult to find and use, while the screen can be slow to respond to commands and screen transitions. There’s plenty of adjustment for the steering wheel and driver’s seat, and the large glass area gives you a cracking view of the road ahead. However, the driving position is very far back from the windscreen, so it’s difficult to judge where the nose of the car begins and ends. The small rear windows also mean your rear view is a bit limited, so don’t go for the entry version because it doesn’t have reversing sensors. The materials used in the cabin feel reasonably robust and solid, but they’re not as posh as those found in some rivals, and many of the switches and buttons lack the reassuring damping of those found in a VW Touran.

As long as you avoid the entry-level trim, there are plenty of neat touches inside the Scenic, all aimed at making family life a little easier. These include front and rear underfloor lidded cubbies to store the kids’ toys, an additional rear view mirror to help keep an eye on what they’re up to and a huge central sliding armrest-come-storage console. In the rear, there are fold-down picnic tables and even more storage, and the rear seats fold and slide to maximise leg or luggage space. However, the rear bench is split in two, rather than being three made up of individual seats like in the most versatile rivals. Additionally, the sprung-loaded rear seats can be released and folded flat automatically by using switches in the boot or via the touch-screen. It’s just a shame you have to fold them back up using good old muscle power. There’s 572-litres of space in the boot with the rear seats in place, which is big enough to cope with most family needs. 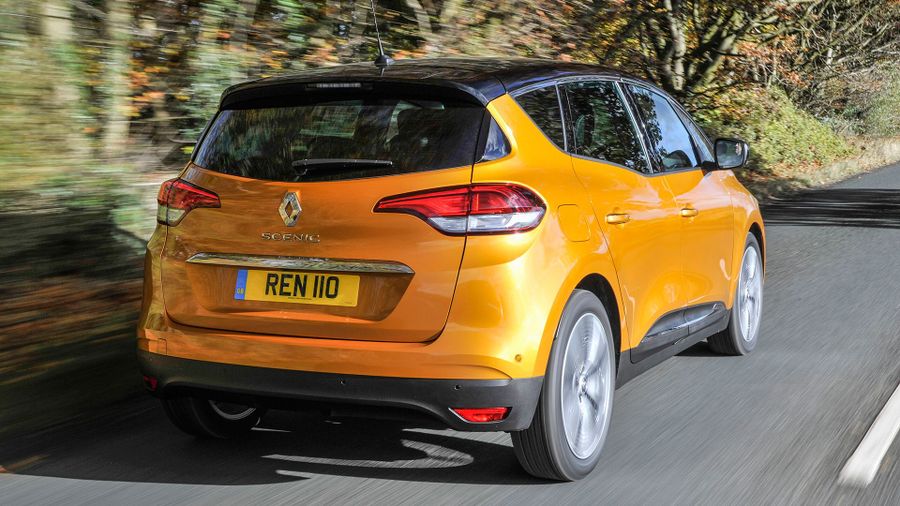 Comfort is the most important dynamic feature for any car that’s designed to carry families, and on that score, the Scenic falls a little short of the competition. The ride feels a tad jittery and unsettled whatever your speed, which might well cause the little’uns to get restless too readily, and that’s the last thing any parent wants. In all likelihood, the ride won’t be helped by the car’s massive 20-inch alloys wheels, but these are standard across the range and you can’t specify anything smaller, even as an option. The firmness in the suspension does mean that body lean is well contained in the corners, but the handling isn’t exactly electrifying due to remote steering and front tyres that wash wide rather early. Besides, we’d take comfort over agility any day in an MPV.

The Scenic is available with two petrol and four diesel engines, and we’ve tried most of them. The diesel Hybrid Assist uses an additional battery and a small electric motor to boost the 1.5-litre diesel engine’s low-speed driveability, reducing CO2 emissions in the process. It effectively means you can pull higher gears at lower revs; roundabouts can be tackled in third – rather than second – gear, without any fear of the engine bogging down. In fairness, though, the standard 1.5 diesel – without the hybrid gubbins – will be plenty flexible enough for most drivers. The two 1.6-litre diesel engines, one with 130 horsepower and one with 160 horsepower, can get a bit vocal if you really work them, but both are sufficiently strong in the mid-range, so they rarely need extending beyond their comfort zone. The lower-powered unit will be plenty perky enough for most, but automatic fans might be interested to learn that the higher-powered one comes with a six-speed dual-clutch gearbox that’s surprisingly smooth. You can also have this gearbox with the 1.5. The two turbocharged petrol choices are both 1.3swith either 115- or 140 horsepower, and so far, we’ve only tried the latter. It’s surprisingly perky away from the mark, so much so that your passengers will remain oblivious to its modest capacity. Once the initial boost is spent, however, the engine is a little short on mid-range flexibility, so if you regularly haul a full contingent, you’ll be better off with one of the diesels. 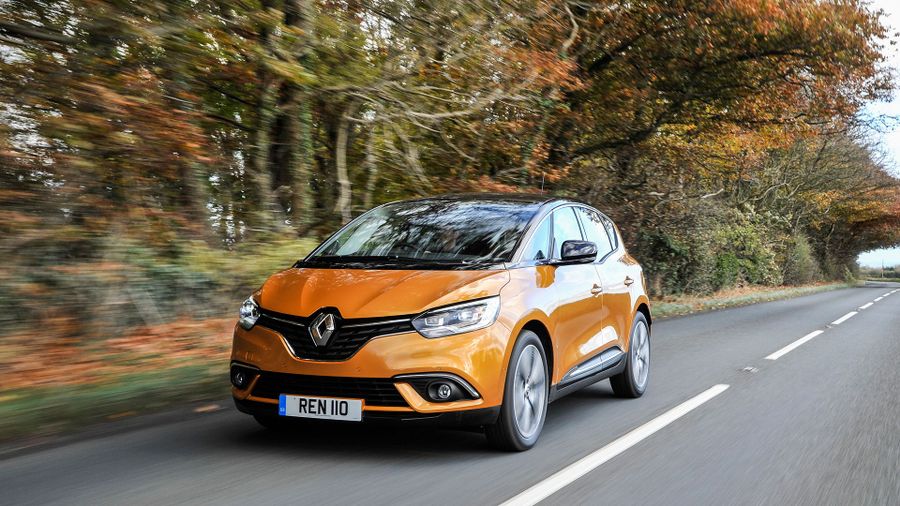 The Scenic is about par for the course when it comes to pricing: it’s not the cheapest car of its type, but it’s certainly not the most expensive, either. The slinky looks not only give a swish image, but they’ll also help maintain the car’s desirability, which can only be a good thing for resale values. Most of the engines do a relatively solid job for fuel economy and CO2 emissions, compared with their equivalent rivals. It’s no surprise that the Hybrid Assist version is the cleanest, with an official fuel economy figure of around 80mpg and CO2 emissions of just over 90/km, but the advantage over the regular 1.5 diesel (around 72mpg and 100g/km) isn’t big enough to drop company car tax bills by a whole lot, so it is likely to remain a rare sight on UK roads. The 1.6 diesels both beat 60mpg, while both petrols hover at around the 50mpg mark.

The fresh-out-the-box Grand Scenic is too new for any meaningful reliability data to be available, but it is based on the same platform as the Nissan Qashqai, so it shares many of the same mechanicals and electronics. The Qashqai is a reasonably strong performer, so that bodes well for the Scenic. That said, Renault currently sits around the middle of Warranty Direct’s manufacturer rankings, while Nissan occupies a significantly loftier position. The fact that the two marques are built in different countries may have some bearing on how they rate for reliability. 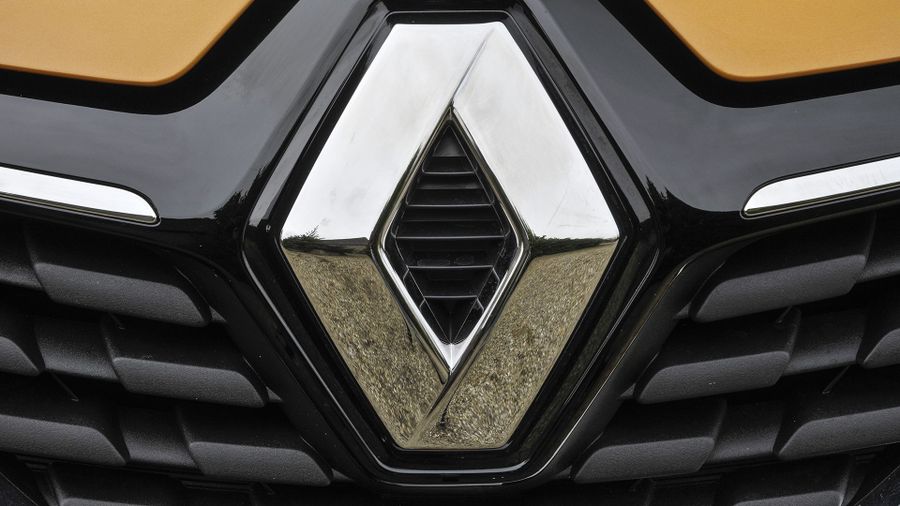 Renault has a reputation for safety that few other car manufacturers can match. The Scenic comes with a comprehensive suite of kit including six airbags, stability control, active emergency braking with pedestrian detection, emergency brake assist, tyre pressure monitoring and three Isofix child seat mounting points. You also get lane-departure warning, traffic sign recognition, hill-hold assist and automatic headlight beam adjustment. All versions except the basic one have a fatigue sensor to warn you when you need to take a break, and a couple of safety packs are available that allow you to add things like lane-keeping assist, adaptive cruise control and safe distance warning. The Scenic has been crash tested by Euro NCAP, and performed well, earning a full five-star rating overall and an impressive 90% score for adult protection and 80% for child protection. 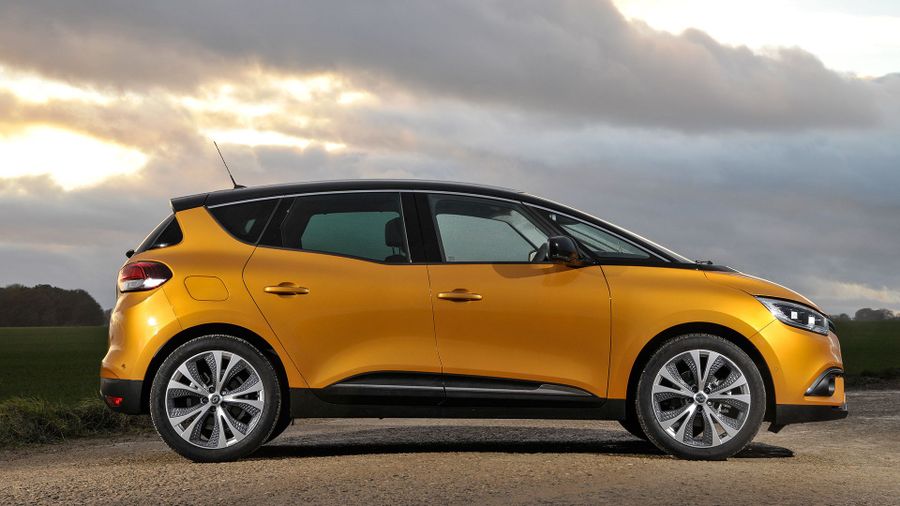 Because you want a family MPV that doesn’t look like one. Granted, the Scenic has a few flaws that mean it’s far from perfect, but there’s still plenty to like. It’s affordable to buy and run and offers a smartly designed, family-friendly environment. 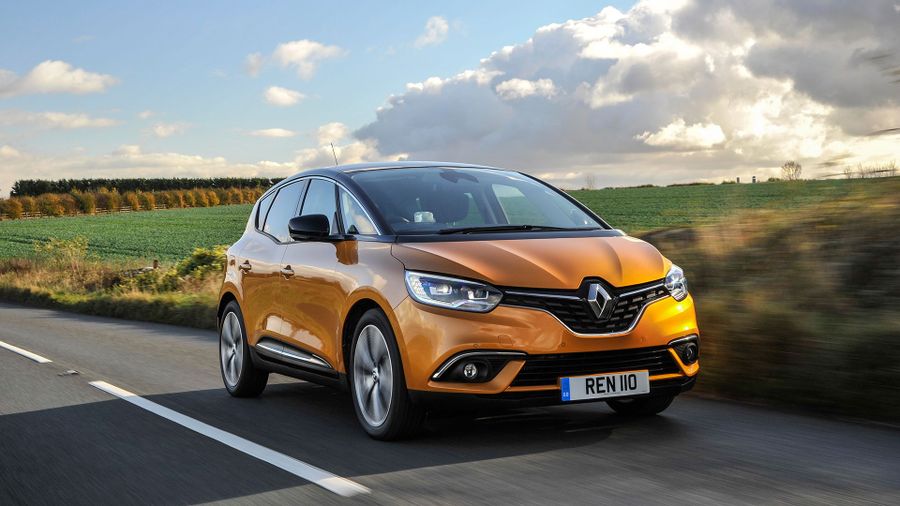