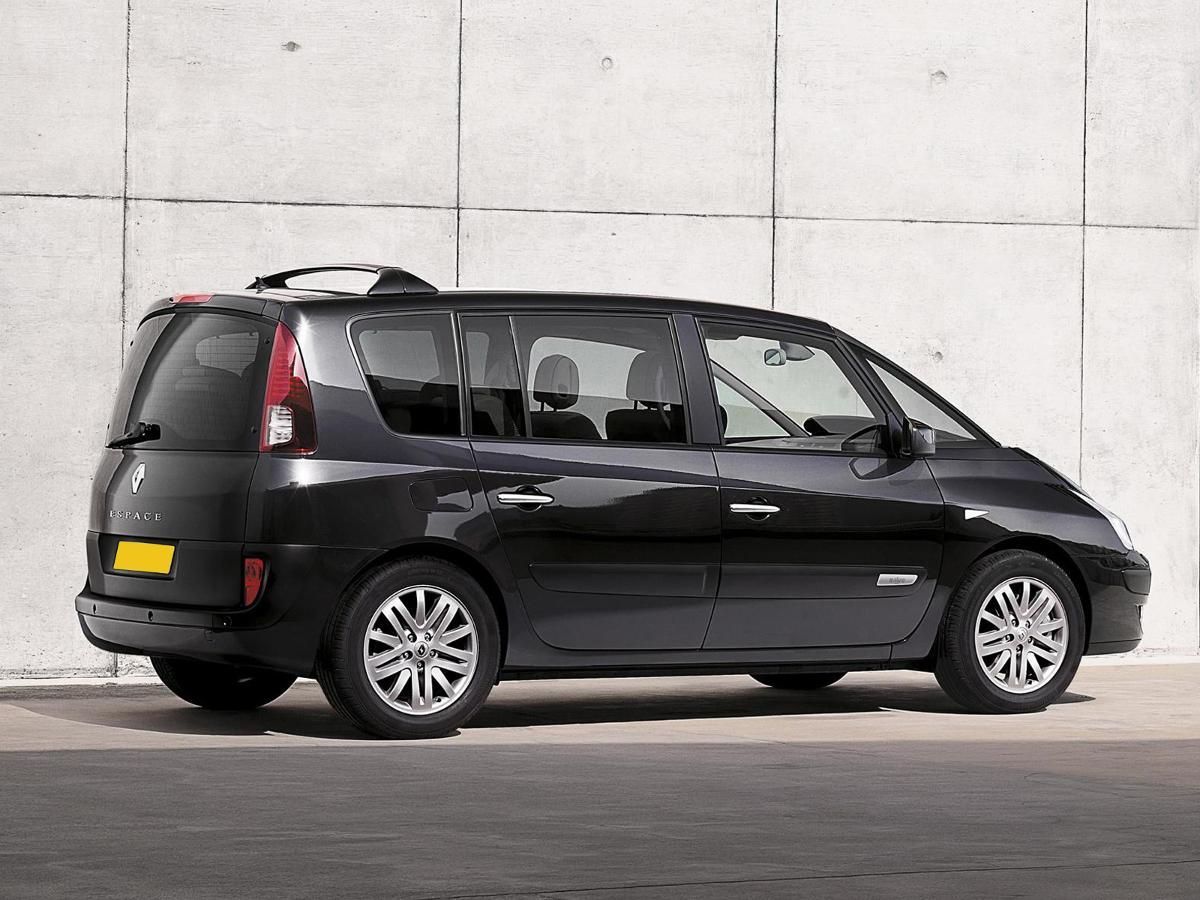 The Renault Espace is sleek, stylish and good to drive, even though it’s been around since 2003. It’s practical and safe too.

Renault was the first European company to build a multi-purpose vehicle (MPV), and the Renault Espace has always been one of the sleekest, most attractive MPVs on the market. The current model is getting old now, as it arrived in 2003, but it still looks great as these aren’t the most common cars on the roads. The sharply sloping nose gives the Espace presence, while details like the rear spoiler, high-mounted tail lamps and the privacy glass make it look thoroughly contemporary.

To complement the Espace’s modern exterior, there’s a high-tech interior with a futuristic dash that’s dominated by a large digital display. It’s a minimalist design with little in the way of switchgear on show, largely because many of the controls are either hidden from view or sited on the driver’s door trim. So it’s a shame that there’s an element of style over substance because while it looks superb, it’s not all that easy to use. Not so with the seating though, which can be arranged in all sorts of ways, including swivelling the two front seats round to face the back. All the seats are comfortable too, so it’s a shame that space is at a premium when travelling seven-up.

With something the size and shape of the Espace, it’s hard not to have a certain amount of practicality. If it’s carrying space that’s needed, the Espace offers plenty of it, as long as the occupants don’t mind taking all the seats out and they do have to be removed altogether. Leave them all in and the boot can accommodate just 291 litres, but remove them all and load bay space jumps to 2,860 litres. Of course there are all sorts of configurations in between, and it’s this flexibility that makes the Espace so practical. However, the Espace doesn’t have enough interior space to keep seven adults comfortable for a long journey – a Grand Espace is needed for that.

Renault’s engineers have done a fine job in ensuring the Espace handles well and the Espace is nimbler than many cars that are a lot smaller. It’s partly down to the Espace’s plastic panels, which keep the weight down. The ride is even better, helped by the relatively long wheelbase which smooths out the bumps brilliantly, coping with all but the most scarred of surfaces.

Buy an Espace and there’s a choice of two different 2-litre diesel engines – or more accurately, one engine in two different forms. It’s possible to choose between 148 and 170bhp editions, which provide top speeds of 121 and 127mph, 236lb/ft and 266lb/ft of pulling power, and 0-62mph times of 10.6 or 9.8 seconds respectively. But the car feels sprightlier than the figures might suggest. The dCi unit is refined compared with some turbodiesels. The entry-level engine comes with a six-speed manual gearbox, while the dCi175 has a five-speed unit automatic as standard.

Renaults don’t retain their value very well and the Espace is especially poor in this respect. An Espace typically loses three-quarters of its value within the first three years. Fuel consumption and CO2 figures are pretty good, with the official average pegged at 43.5mpg for the dCi150 and 39.2mpg for the dCi175. CO2 emissions are 170g/km and 189g/km respectively.

Renault doesn’t have a great name for reliability and the Espace’s age puts it among the company’s older models, which weren’t all that well developed. Common faults have started to become apparent, with the instrumentation and electronic parking brake being two of the most frequently temperamental areas. The air-con and the clutch master cylinder are also problematic.

For many years now, safety has been especially important to Renault, which is why its cars feature a lot of safety kit. Despite its age, the Espace also comes with a five-star EuroNCAP crash rating, which is very reassuring. As well as anti-lock brakes, brake assist, traction control and electronic brake force distribution, fitted as standard there’s also electronic stability programme, pre-tensioners for the seatbelts in the front and Isofix mountings in rows two and three. Throw in curtain, lateral and two-stage front airbags for those in the first row, and things are pretty good for front-seat occupants. But there’s no airbag provision for anyone in rows two and three.

The Espace is offered in two trim levels: Team and Dynamique. Even the entry-level Team comes with plenty of standard equipment, such as electric windows all round, a decent CD/tuner, air conditioning, plus mirrors which are heated and electrically adjustable. There’s also a trip computer and electric parking brake. Splash out on a Dynamique Espace instead and there are 17-inch alloy wheels, dual-zone climate control, cruise control, rear parking sensors, sat-nav and privacy glass.

The Espace is still one of the most spacious and stylish MPVs available, and comes with a great engine, while it’s also well equipped. 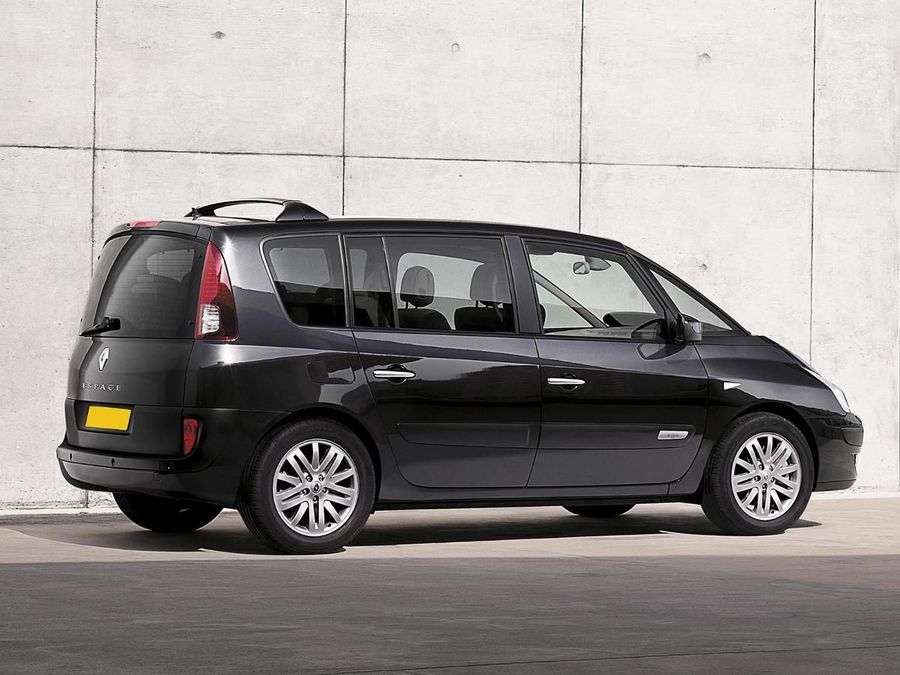