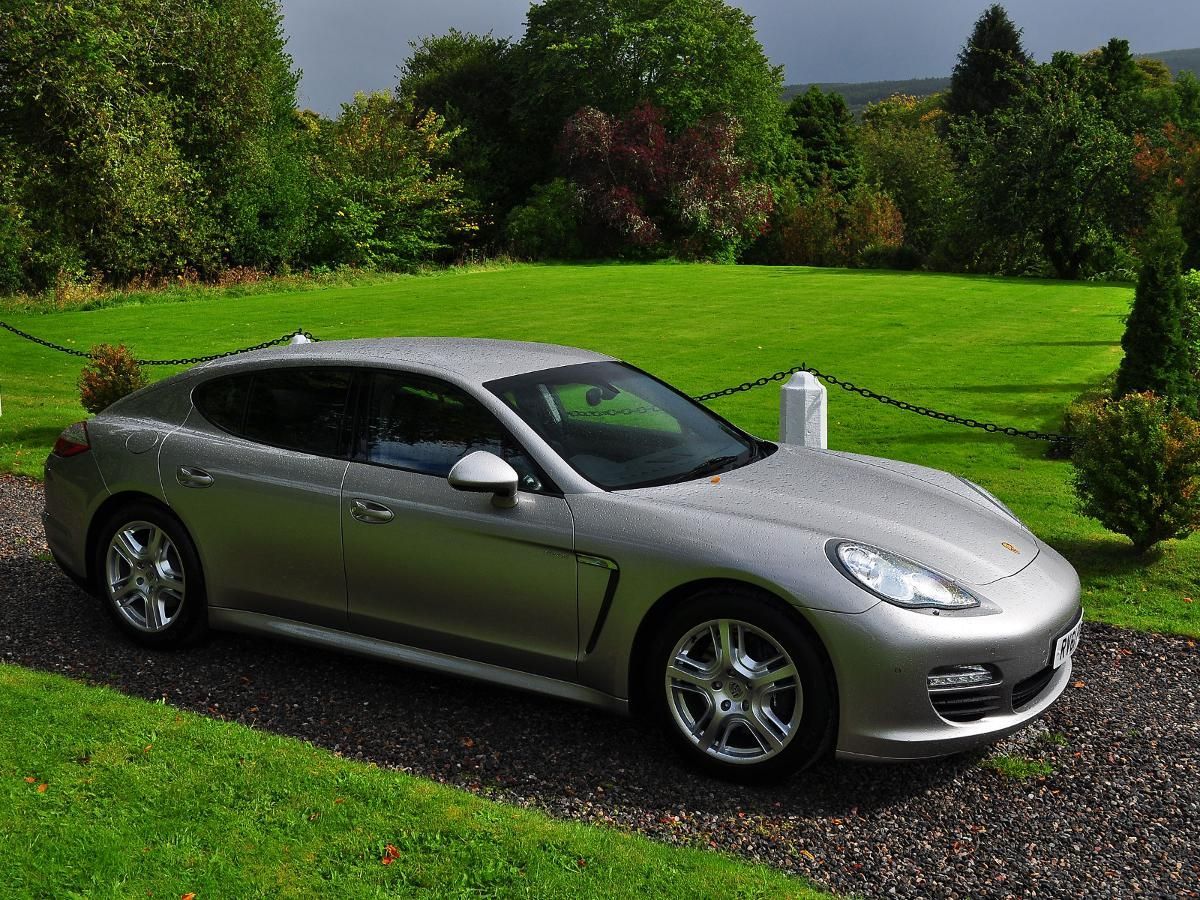 The Porsche Panamera successfully takes the marque into new territory. Its five door hatchback layout might be typical Porsche, but the driving experience certainly is.

Some dislike the Porsche Panamera’s styling, but it’s exactly how a four-door Porsche should look. It has the unmistakable Porsche face, and there’s no doubting its roots from the rear; but it’s the sides where it looks slightly awkward. Despite being as low as you’d expect from a Porsche GT, there’s no hiding its size – it’s very wide and low, which requires confidence to drive through narrow streets

The Panamera’s cabin cocoons the driver in a way sports car or grand tourer should. Porsche has shunned the current fad for multifunction joystick type command units for rows of switches. If that sounds intimidating and cumbersome, it isn’t. In fact it’s quite the reverse. The instrument cluster will be familiar to any Porsche fan, but the ability to display the sat-nav in one of the gauges is useful. The speedometer reads in 25mph increments is pointless leaving the driver reliant on a digital readout. In the rear are two seats, separated by a large armrest and storage spaces.

There’s a massive amount of room for front and rear passengers. The boot measures 445 litres, although the S Hybrid sacrifices space for its batteries, but the seats split and fold in all models for additional capacity. The bootlid opens wide in two stages, making it useful in multi-storey carparks with low ceilings, but a high lip means luggage needs to be lifted high before being loaded. Visibility is pretty poor due to the low-slung body having high shoulders and a rear window which looks like a letterbox in the rear view mirror. Rear three-quarter visibility is particularly poor and makes parking tricky.

A Porsche needs to feel like a Porsche on the move, regardless of its size or shape. And the Panamera is wonderful to drive, with perfectly-weighted steering offering the driver plenty of feedback through the bends. It rides well too: the Panamera S and the four-wheel drive Panamera 4S feature steel springs as standard, although our test car had the air suspension option which is standard on the Panamera Turbo and Turbo S. In the softest of its three settings, it soaks up bumps as well as the very best; in the hardest setting, it is a surprisingly focused machine. The Panamera Diesel is also wonderfully balanced with a front end that’s happy to tuck into bends, but the S Hybrid feels slightly less at ease.

Eight different engine variants are available in the Panamera, including a hybrid and diesel and it’s the latter which will account for more than half of all sales. Although, at 6.8 seconds to reach 62mph the 3-litre V6 diesel is the slowest in the range, its exceptionally smooth and powerful, offering 250bhp and 405lb/ft of pulling power. Porsche’s engineers have modified the exhaust to disguise the diesel thrum, so few would guess it’s an oil-burner. The S Hybrid will account for around 10 per cent of sales, but despite packing 380bhp, its 0-62mph time of six seconds is slightly disappointing; although rarely are hybrids this much fun. The entry-level model, badged Panamera has a 300bhp, 3.6-litre engine for a 6.3 second 0-62mph time, and the four-wheel drive Panamera 4 with the same engine cuts this to 6.1 seconds. The Panamera S, 4S, Turbo and Turbo S share the same 4.8-litre V8. The S and 4S develop 400bhp for 5.4 and five second 0-62mph times respectively, while the 500bhp Turbo cuts this to 4.2 seconds. With the 550bhp Turbo S taking just 3.8 seconds to reach this market, it’s a genuine supercar.

Starting at around £60,000, and rising to over £122,000 for the Turbo S. Expect petrol consumption in the mid-twenties at best, but the Diesel will return 43.5mpg if driven gently and the S Hybrid will manage just over 40mpg. The Diesel emits 172g/km of CO2 while the Hybrid measures 159g/km – the lowest ever for a Porsche – but the petrol models will attract big road tax bills with CO2 ranging from 218 to 270g/km.

Porsche has a well-deserved reputation for build quality, which is demonstrated in the fit and finish of high-quality components in the Panamera.

The Porsche Panamera hasn’t been put through the Euro NCAP crash test programme, but should perform well given the high level of kit. Standard safety equipment includes Porsche Stability Management (PSM), driver, passenger, curtain, front side and knee airbags and rear seat airbags are available as an option. A tracking system is also standard-fit.

For Porsche, a sporty drive and practicality in anything other than the Cayenne were mutually exclusive. Now the Panamera offers a wonderful blend of both; as exciting to drive as it is to be driven in. The addition of diesel and hybrid engines widens the car’s appeal even further. 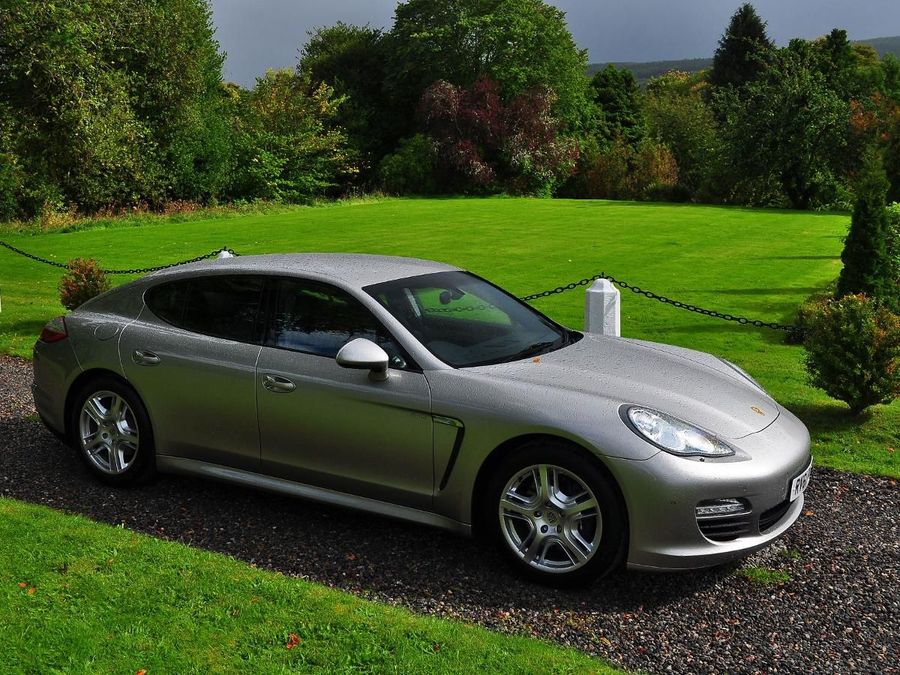