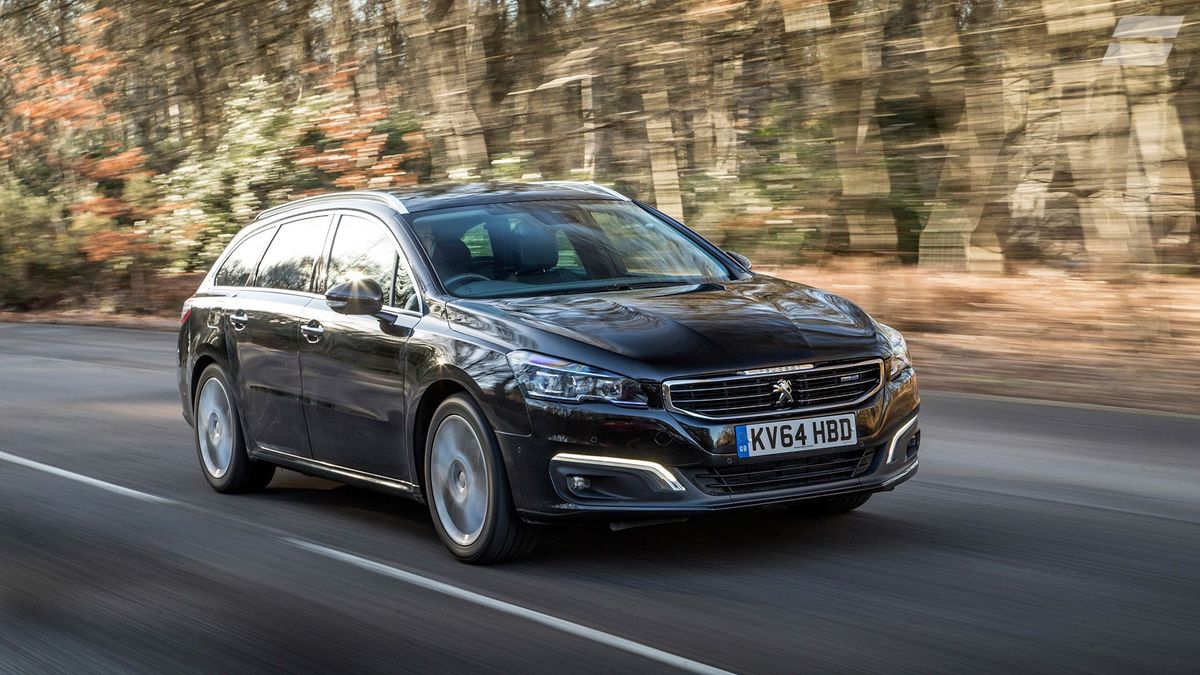 The Peugeot 508 SW has a lot going for it, with a striking exterior, shed loads of equipment thrown in as standard, and some very efficient diesel engines, which should attract plenty of fleet buyers. It struggles with refinement though, ride quality on big-wheeled Allure versions is poor, and while the boot is a decent size, many of its newer rivals offer more space, or more flexibility in the back.

Pick of the range
2.0 HDi 140 Active
Entry-level trim is all you need, and 2.0-litre engine is really strong
Most economical
2.0 Blue HDi 150 S&S Allure
Despite a 148bhp output, the Blue HDi emits just 102g/km of CO2
Blow the budget
2.2 HDi 200 GT
Fancy suspension, a smooth auto gearbox and punchy engine make for a great drive 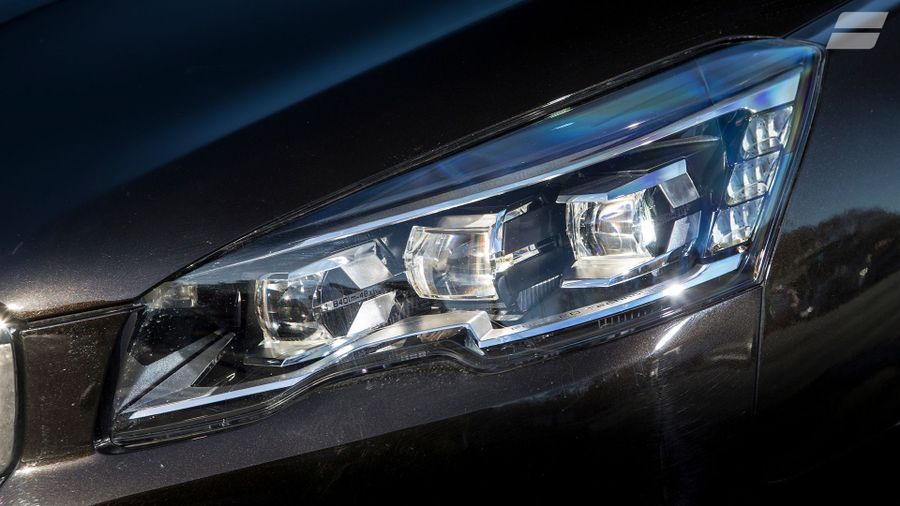 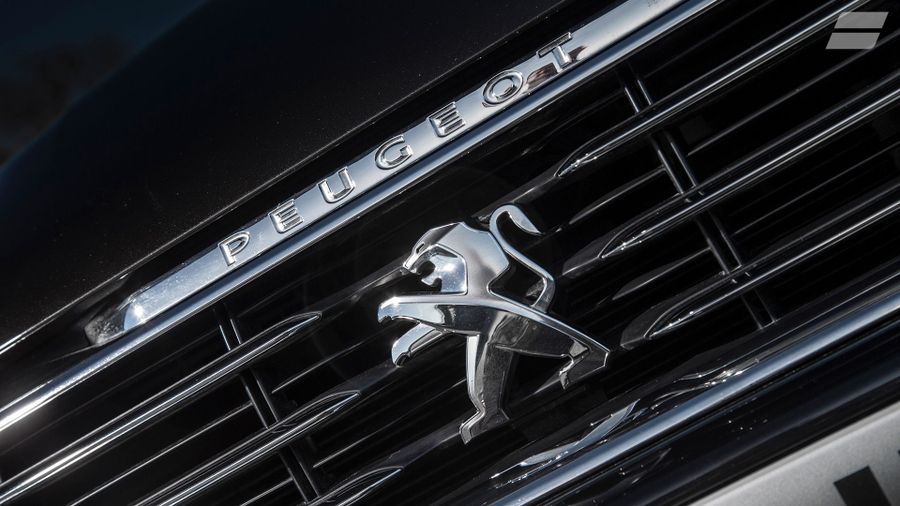 Big French family cars are now a rare sight on UK roads - but that does mean if you do decide to choose a 508 SW, you'll be getting something a bit different from the norm. The 508 suits the estate body style well too, with enough flair and fine detail to stand out. That is truer for some versions than others of course, but even entry-level Active models come with 17-inch alloys, tinted glass, chrome roof rails, electric folding door mirrors, and LED running lights. Most of which you'll pay extra for in the 508's rivals. Step up to the Allure trim and you'll also get bigger wheels and a panoramic glass roof. Beyond that, the sportiest GT Line and GT versions have even larger alloys, full LED headlights, and twin exhausts. There's also an "RXH' body style, with an off-road bias that includes protective plastic body cladding, a raised ride height, and bespoke grille and front bumper too.

While the Peugeot 508 SW is sleek and modern on the outside, the interior is rooted firmly in the past. On first impressions it looks tidy enough, but dig a bit deeper and the nice plush materials higher up give way to some fairly hard plastics lower down. There are small, poorly damped buttons littered across the centre console and steering wheel, and items like the pop-out cup holders and glove box lid feel especially flimsy. On the plus side, a new 7.0-inch touch-screen in the middle of the dash clears up some space near the gear stick, but the system itself is confusing to use and slow to respond. The driving position is also far from perfect, with a high clutch pedal, and front seats which lack proper thigh support on longer journeys too. Both the VW Passat and Ford Mondeo surpass the big Peugeot in nearly every way when it comes to both cabin design, layout and functionality. 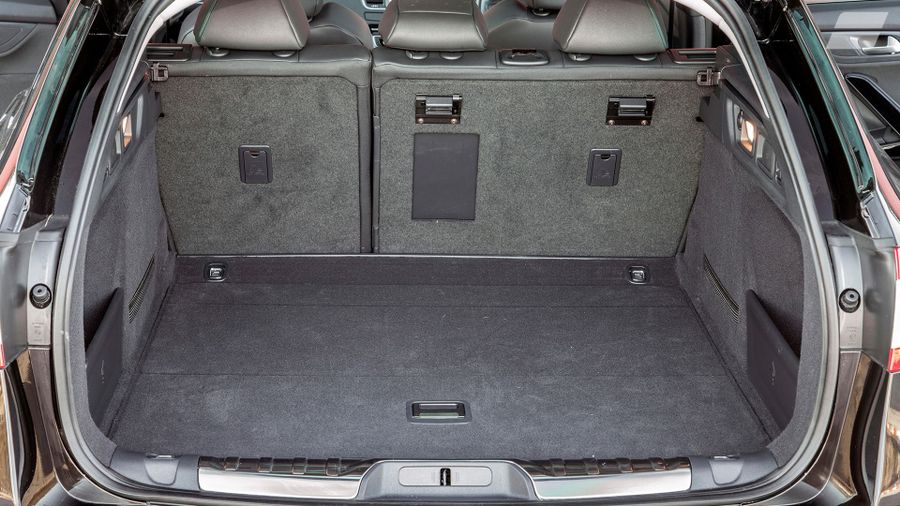 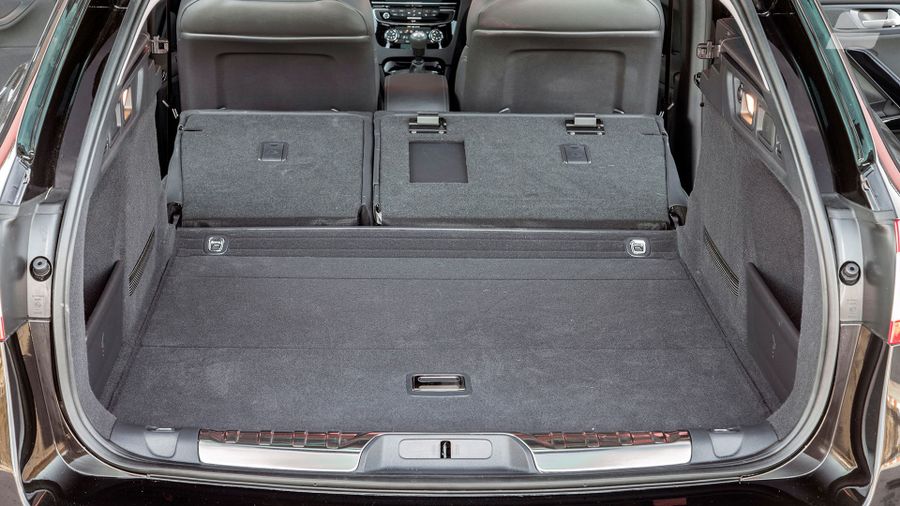 The Peugeot 508 SW is quite a long car, which makes it very adept when it comes to carrying tall passengers. There is room for five adults to sit in relative comfort, and all of those inside will be afforded decent head-, leg- and elbowroom. The floor in the back is nearly flat, so that there's plenty of space for three sets of shoes to rest comfortably. On the top spec models the glass roof does rob some headroom from those in the back, but the boot does make up for this. At 550 litres it can't rival the most cavernous estates like the Skoda Octavia, Mondeo and Passat; however the load bay is a decent shape, the loading lip is nice and low, and the back seats fold down almost flat for when you really need to pack as much stuff in as possible, and will carry nearly 1,600 litres worth.

This is another area where the 508 SW trails its rivals by a considerable distance. The body pitches and leans as you turn into corners, however despite this wallowy nature the low-speed ride is also really firm. Even on the smaller 17-inch wheels you'll feel every lump and bump on patchy town roads, with the 508 jiggling about constantly, and larger imperfections will send a shivering thump through the wheel and up into the cabin. The steering is strangely elastic, inconsistently weighted and has a tendency to self-centre, so you're never entirely sure what the front wheels are up to. The GT version of the 508 has its own sophisticated front suspension setup, and is better to drive as a result, but pricey. 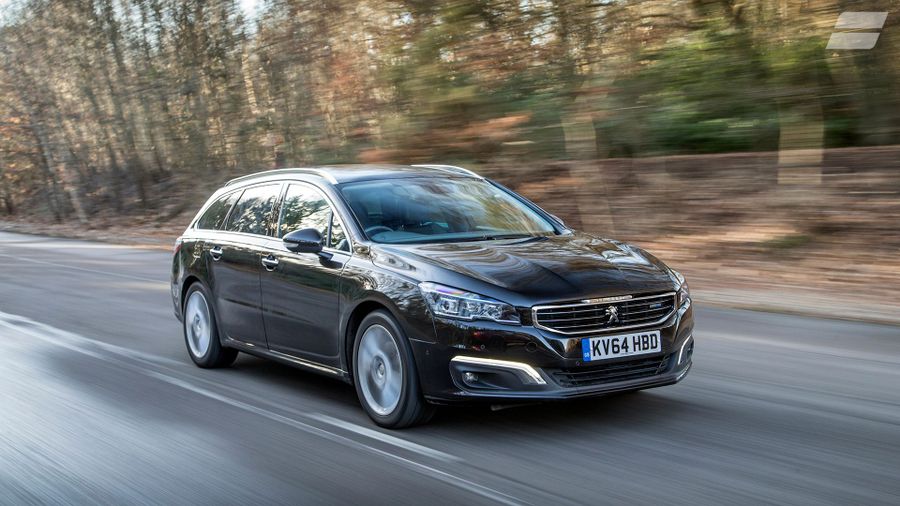 View gallery
“ If like most fleet buyers you are after a diesel, then you'll be spoilt for choice ”

The Peugeot 508 is only available with diesel engines under the bonnet - so if you don't cover many miles every year, or want something really refined, then look elsewhere. However if like most fleet buyers you are after a diesel, then you'll be spoilt for choice. Of the six different engines on offer, the two standout performers are the 113bhp 1.6-litre, which is smooth and fairly quiet, and the considerably punchier 138bhp 2.0-litre both of which. A clean new 'BlueHDi' 2.0-litre unit is available, with either 148bhp or 178bhp, but it's not especially refined, with a flat spot in pulling power below 1,800rpm. The six-speed manual gearbox is also notchy and vague, and while there is a six-speed automatic available, it's limited to only the most powerful (and expensive) pair of engines at the top of the range.

Back when it was first launched, the 508 SW was among the most frugal estates in its class, but now there are many eco-friendly versions of its rivals, including the Skoda Octavia estate, Ford Mondeo, and Volkswagen Passat, which dip below 100g/km. The cleanest model in the range comes close, emitting just 105g/km, in 1.6-litre diesel, semi-automatic guise. While most of the other models hover around the 120g/km mark, and will all return a healthy official economy of between 50-60mpg. Top-spec versions of the 508 are priced to compete with premium German rivals from BMW and Audi, but unlike those cars, the Peugeot will struggle to hold onto its value, so be sure to secure a decent discount from the list price with your dealer to avoid losing out.

“ It sells in low numbers in the UK, so getting consistent feedback from owners is tricky ”

Peugeot has a mixed reputation when it comes to reliability, with a decent record on its mechanical components, but consistent problems with many of its electrical systems. On the 508 that could be a concern, and as one of the company's plushest vehicles it comes with more gadgets than the rest of the range put together, so there's lots of stuff that could potentially go wrong. It also sells in very low numbers in the UK, so getting any consistent feedback from owners is tricky, but the previous version performed well in one customer satisfaction survey, and most owners reviews on our site were happy with its reliability, with only one reported a series of major problems which caused the car to be returned. 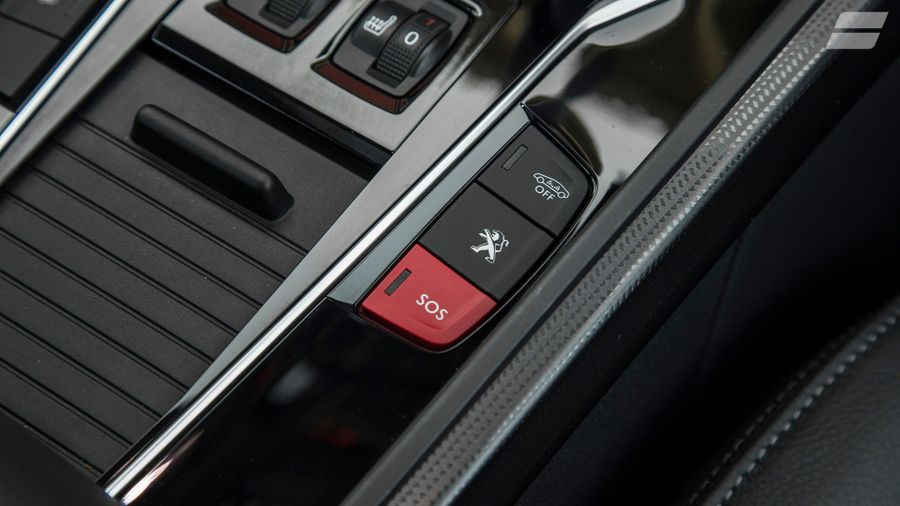 The 508 was awarded the maximum five star rating from crash testing body Euro NCAP. It comes with all the kit you would expect to find in a family car, with six airbags, traction control and stability control, and tyre pressure monitors all as standard. Allure versions also come with blind spot monitors in the wing mirrors, but there are no clever systems beyond that. Some rivals offer emergency city braking, and radar guided cruise control, but the only optional gadget you can add to the 508 SW is a head-up display, which projects key info onto a small glass screen in front of the driver. Every model comes with an alarm, and deadlocks too, to help keep it secure from theft. One feature the Peugeot does have that sets it apart is the Connect 'SOS' button, which tracks the location of the car, and when pressed will contact the emergency services in the event of a crash. 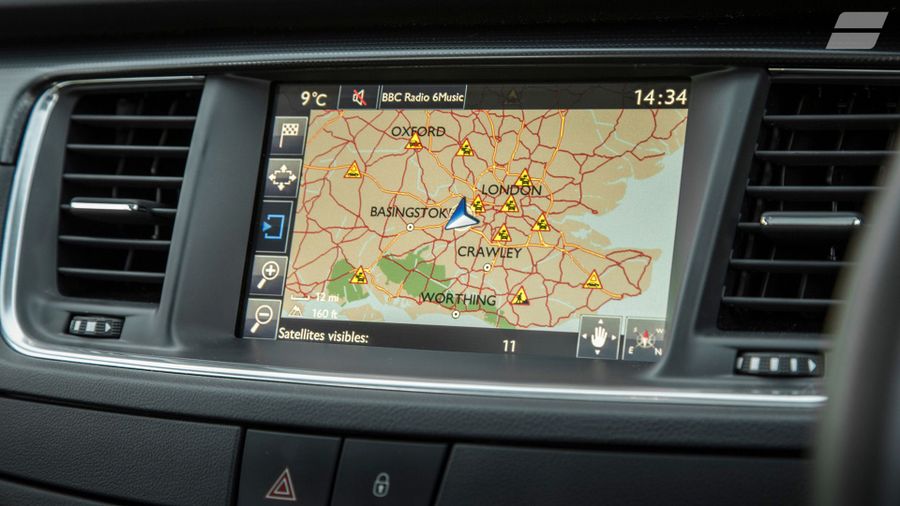 One of the few areas that the 508 estate has its rivals soundly beaten is its generous kit. If you are choosing a car from a fleet for business use this is great news, as these kind of arrangements often do not allow you to add any optional equipment at all. Even entry-level Active models come with a 7.0-inch touch-screen, DAB digital radio, sat-nav, climate control, rear parking sensors and electric lumbar support. Almost all of this stuff with cost you extra on base versions of the Ford Mondeo and VW Passat. Allure trim adds luxury items such as a full length glass roof, reversing camera, and heated, part leather seats. The GT trim is even more lavish, and gets a host of mechanical upgrades, but offer nowhere near the same value for money as the cheaper versions.

The Peugeot 508 SW is a spacious, handsome estate that comes with a huge level of kit. It also features some very efficient - if not especially refined - diesel engines. However a rapidly dating interior, poor ergonomics, and sloppy handling, plus a firm ride all prevent it from competing with the best family estates in the class. True, the less powerful, entry-level models represent good value, and it's a wonderful secondhand buy thanks to its weak residual values, but hard to justify new - especially with the new Blue HDi engines. 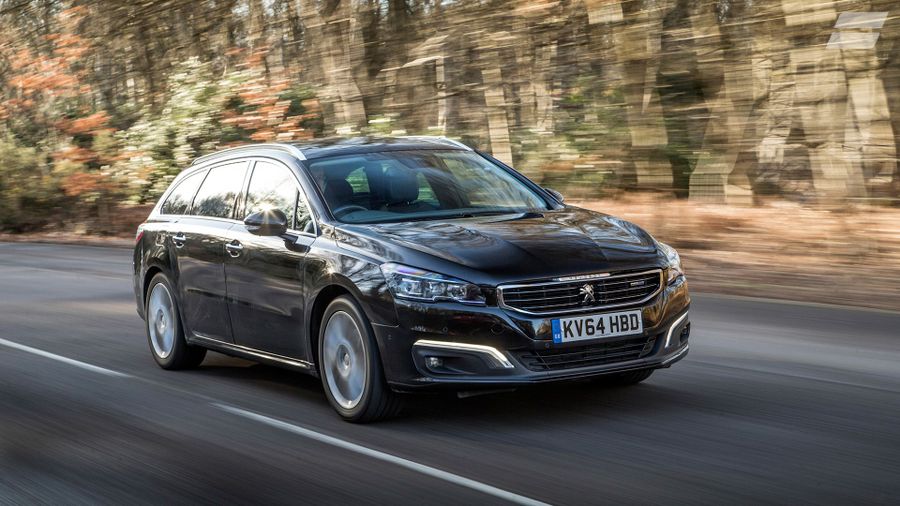