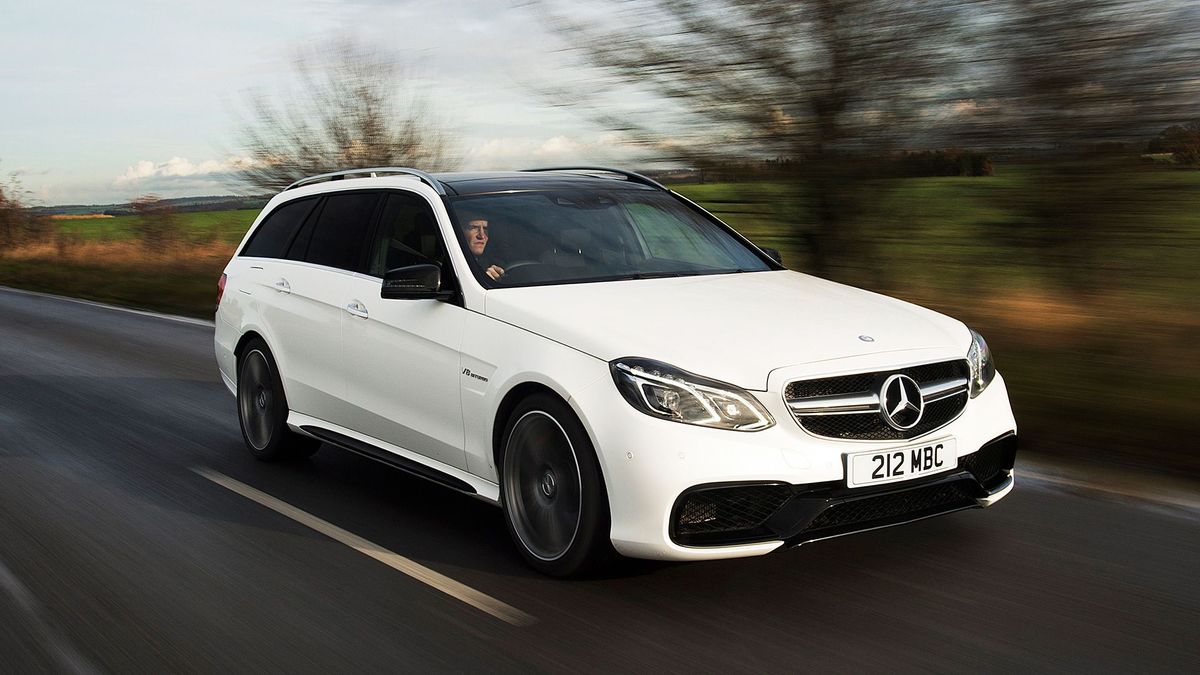 Supremely fast and refined super estate takes on the faster Audi RS 6 Avant and shows it how luggage can be carried in style. 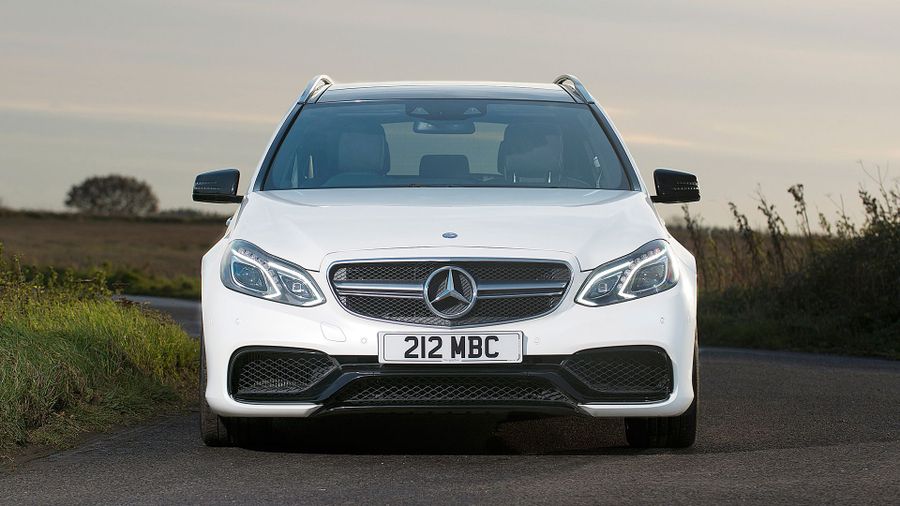 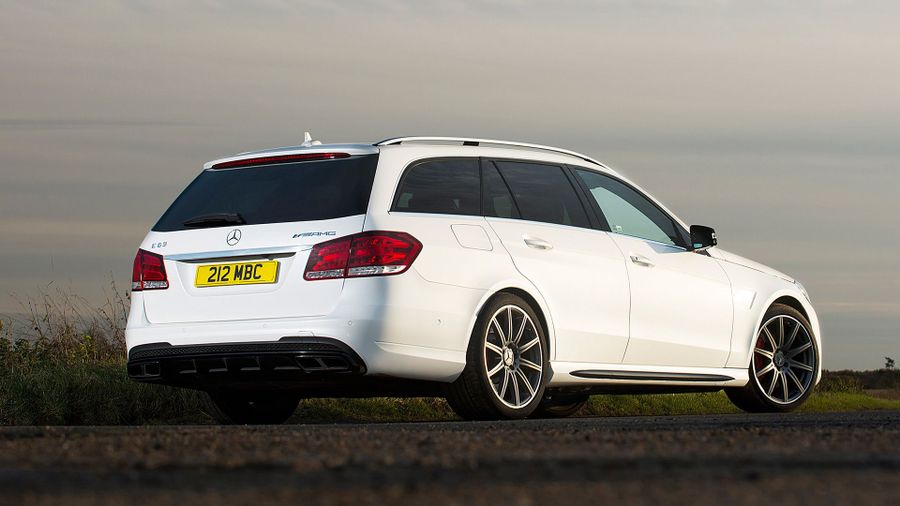 View gallery
“ With its new one-piece headlights and a dual-louvre grille, it’s more stylish than the discreetly-styled than the Audi A6 Avant ”

The Mercedes E63 AMG Estate is one of the most sophisticated looking cars in its class, and received the same new styling touches as the regular E-Class at the beginning of 2013. With its new one-piece headlights and a dual-louvre grille, it’s more stylish than the discreetly-styled Audi RS6 Avant, but still features a host of bits to distance itself from the standard E-Class. The E63 Estate has bigger, more aggressively-styled bumpers and side skirts, and the wings have been stretched to accommodate the wider 19-inch alloy wheels. The rest of the changes are more subtle, including lighting that’s unique to the E63 AMG, while the S model stand out thanks to its extra silver and chrome detailing.

AMG’s styling department has done much to lift the slightly awkward-looking dashboard by applying some classy brushed stainless steel and an AMG instrument cluster. A four-spoke steering wheel features a set of gear shift paddles and hides another example of Mercedes’ single stalk control which operates the lights, indicators and wipers. AMG sports seats, covered in nappa leather are fitted as standard. 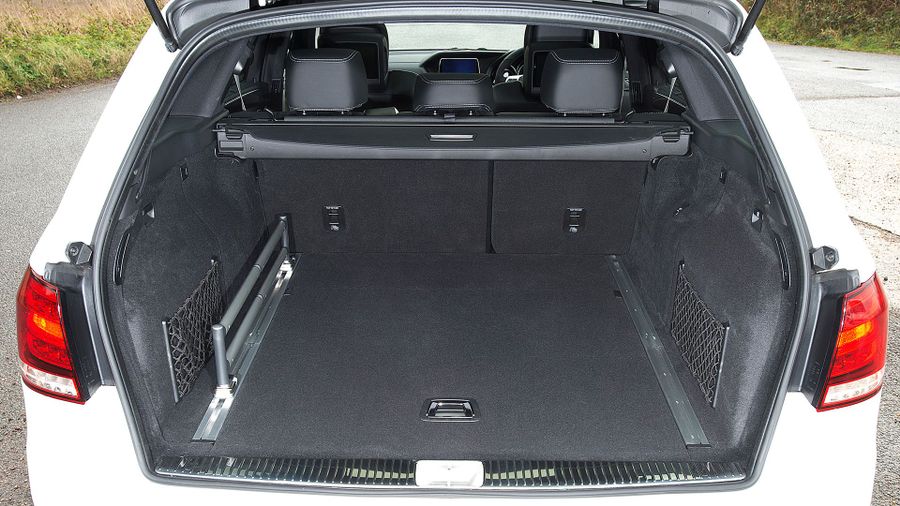 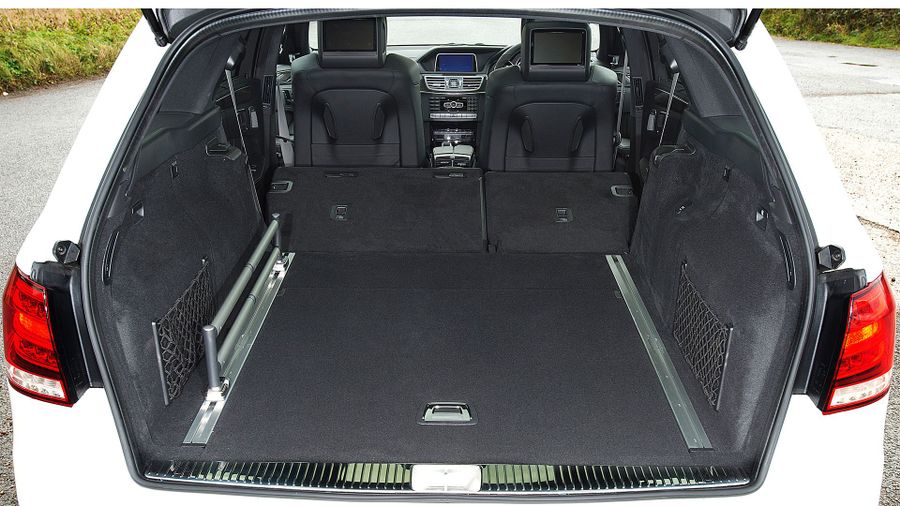 No other performance estate car comes close to the size of the E63 Estate’s boot. Measuring a gargantuan 695 litres with the rear seats in place, rising to almost 2,000 litres with the seats folded, only the Volvo V70 betters it, but the Swedish manufacturer offers no performance model. The seats almost fold flat, and the boot floor is low, making loading easy. There’s a huge amount of space front and rear, with only a large transmission tunnel hampering legroom for the middle rear passenger.

Despite the muscle car setup – big, powerful engine up front and power sent to the rear, the Mercedes E63 AMG is very agile. The steering offers a huge amount of feedback and is exceptionally direct allowing the driver to corner with confidence. The E63 is fitted with a three-stage electronic stability programme which gradually slackens the computer-controlled grip. AMG has fitted bespoke steering and suspension components which adjust through three settings, offering increasingly firm chassis setups. 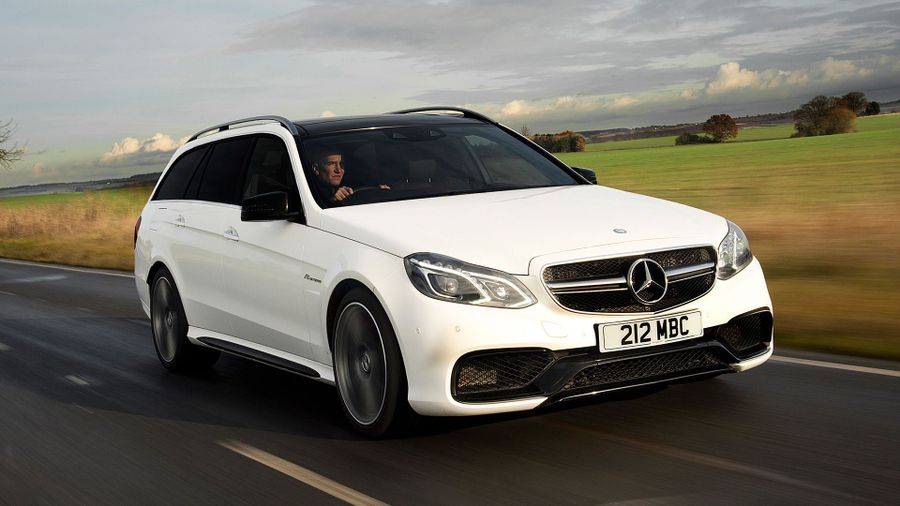 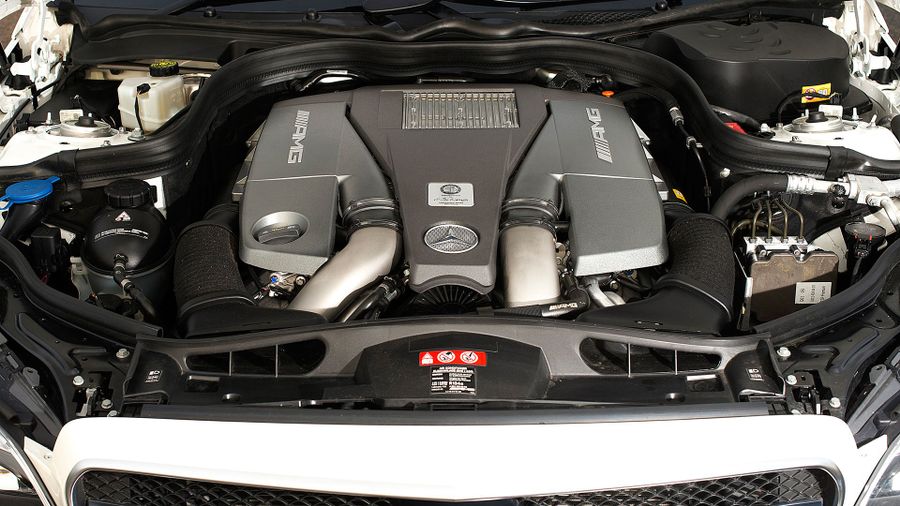 View gallery
“ Performance is scintillating, with a 4.2-second 0-62mph time and an electronically-limited 155mph maximum ”

Only one engine is available – a stunning twin-turbocharged 5.5-litre engine, producing 5549bhp and 531lb/ft of pulling power. Performance is predictably scintillating, with a 4.2-second 0-62mph time and an electronically-limited 155mph maximum. On a test track, acceleration is relentless well into three figures, but despite the power, the engine is tractable enough to happily drive at low speeds around town. It seems unlikely that that isn’t quick enough, but if you do think that, Mercedes has answer: the S model, which has even more power and more performance. The engine note is one of the greats, and will never fail to entertain the driver, passengers or passers-by, although it is surprisingly civilised at low speeds. A seven-speed semi-automatic gearbox is fitted as standard and has several settings which adjust the ferocity of the gearshifts and a launch control system.

The E63 Estate costs quite a lot to buy, and the big bills won’t stop there. Insurance costs will be significant, and its CO2 emissions (although impressive for a car with this level of performance) mean it is among the most expensive cars to tax. Mercedes claims an average fuel consumption figure of more than 28mpg but this will be difficult to achieve for most drivers – expect a mid-teen figure in the real world. The E63 is costly to run, but no worse than its rivals.

The Mercedes E-Class’ reliability is improving all the time, and the current model marks the E’s return to form after a poor record for breaking down. AMG finishes Mercedes’ models with the same care as the parent company.

Although the E63 hasn’t been specifically crash tested by EuroNCAP, the basic E-Class has and scored full marks. A drowsiness detection system, PRE-SAFE – which predicts how the car will be involved in a collision and prepares the safety equipment accordingly – and an automatic braking function to stop the car in an emergency are standard. Seven airbags, blind spot monitoring and systems to improve night time visibility complete the comprehensive offering. 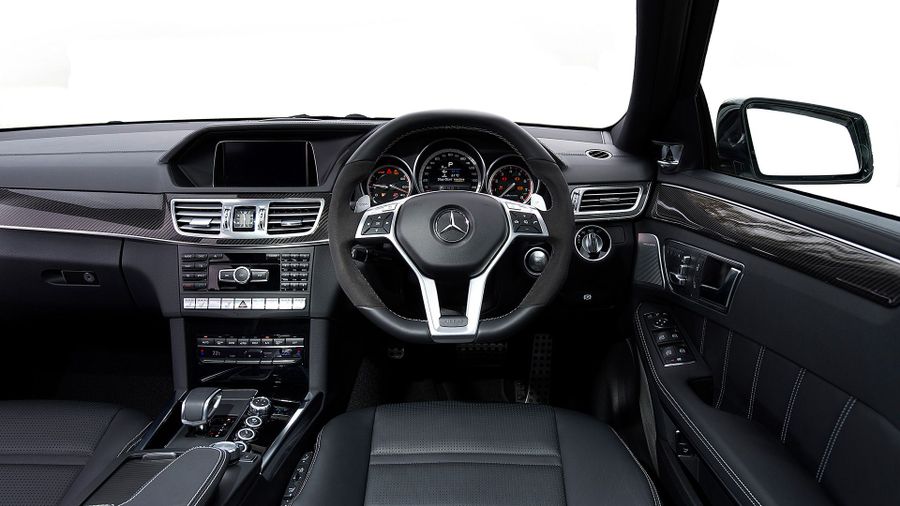 There are few ways to haul as much luggage and have as much fun. The estate version of the E63 sacrifices nothing in driving enjoyment over the saloon, but looks better and can carry plenty. 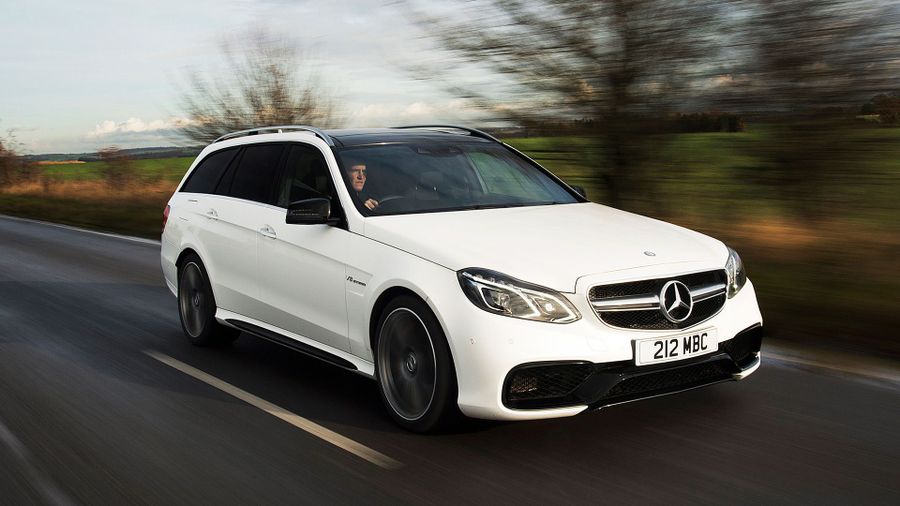